If you asked me a company to watch before the start of the 2018 IPCPR Convention & Trade Show—which some of you did—Bespoke was about the best I could come up with. I’ve been smoking and buying the company’s cigars for the last six months or so and am really enjoying many of them. Bespoke was located in the APS/Serino booth, which Brooks already covered. For some reason, this was assigned to me and not Brooks, though I guess it’s basically the same effect for you. While the companies managed to keep their meeting areas split in half, the products were placed all throughout which was odd. This is an aged version of the Daughters of the Wind line. The cigars are being sold in plain boxes, designed to be a bit more rustic-looking. I’ve smoked the regular version a dozen or so time and a couple of the aged ones, albeit not this particular age.

One note, I’m told the Daughters of the Wind line will be getting a makeover shortly. It’s the same story as above: a four-year-old aged version of the company’s cigar, this time the Traditional Super Belicoso. The Bespoke Humidor Collection was shown off in prototype form. It sounds like the Bespoke logo will be moved down and made smaller, something I’m a big fan of. The humidor is awesome to look at in person, including its use of a multi-tray system, which is a nice feature. The pattern, which comes from the wallpaper used in the smoking room of Dubara Palace, built by the Casdagli family in Cairo. 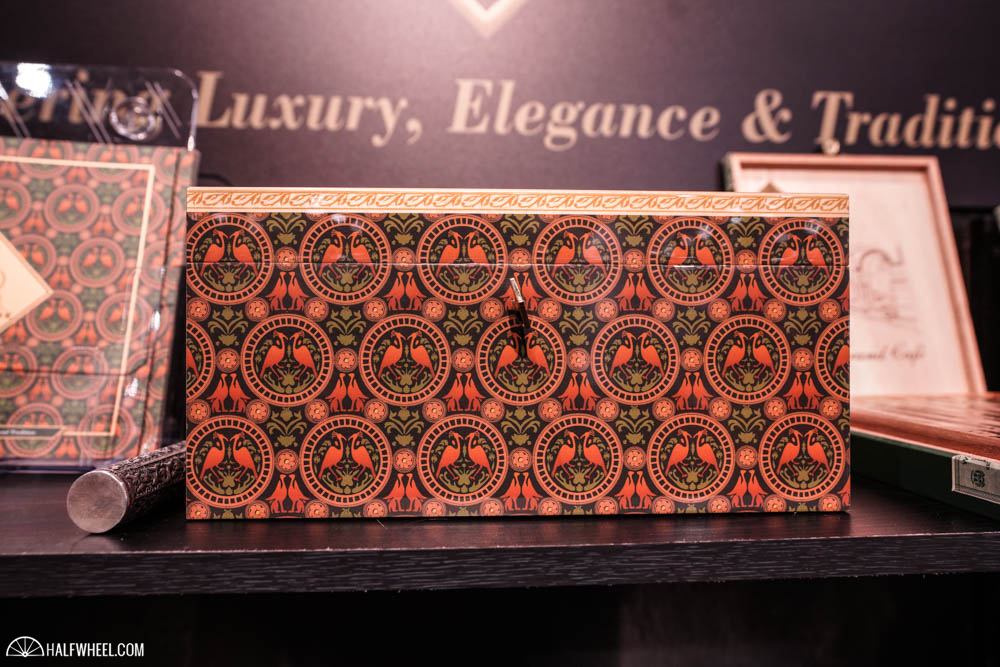 I’m told the company has already sold a few more humidors and there are plans for a 200-count humidor. This is in the works. The plan is to have Syrian silversmiths make handcrafted cigar cases. These will be thousands of dollars, though some of that many will be donated to charitable causes for Syrian refugees. This is a 2019 item.