While there are seemingly always a lot of companies to watch at the IPCPR Convention & Trade Show, the big companies are almost always on that list, including Altadis U.S.A. In terms of what has changed since last year, the company has revamped its marketing department and Rafael Nodal has had just about a full year in his role at head of product development and production capability of Tabacalera USA, which includes both Altadis U.S.A. as well as the JR Cigar and Cas ade Montecristo retail outlets. This year, the company is taking a mix of steps with its vast portfolio, adding a new series to the headlining Montecristo brand, a new line to Romeo y Julieta, as well as additional new offerings to several other lines and a revamp of one of its smallest lines. The booth design returned, though walking through the main entrance revealed one new aspect: an Alfa Romeo Giulia Sport that was the company’s sales incentive to retailers, with the winner getting a two-year lease on it. As far as the inside, it’s basically several booths within a booth, with many of the Altadis U.S.A. brands, as well as Boutique Blends, given their own distinct spaces to show off the new products coming out this year. 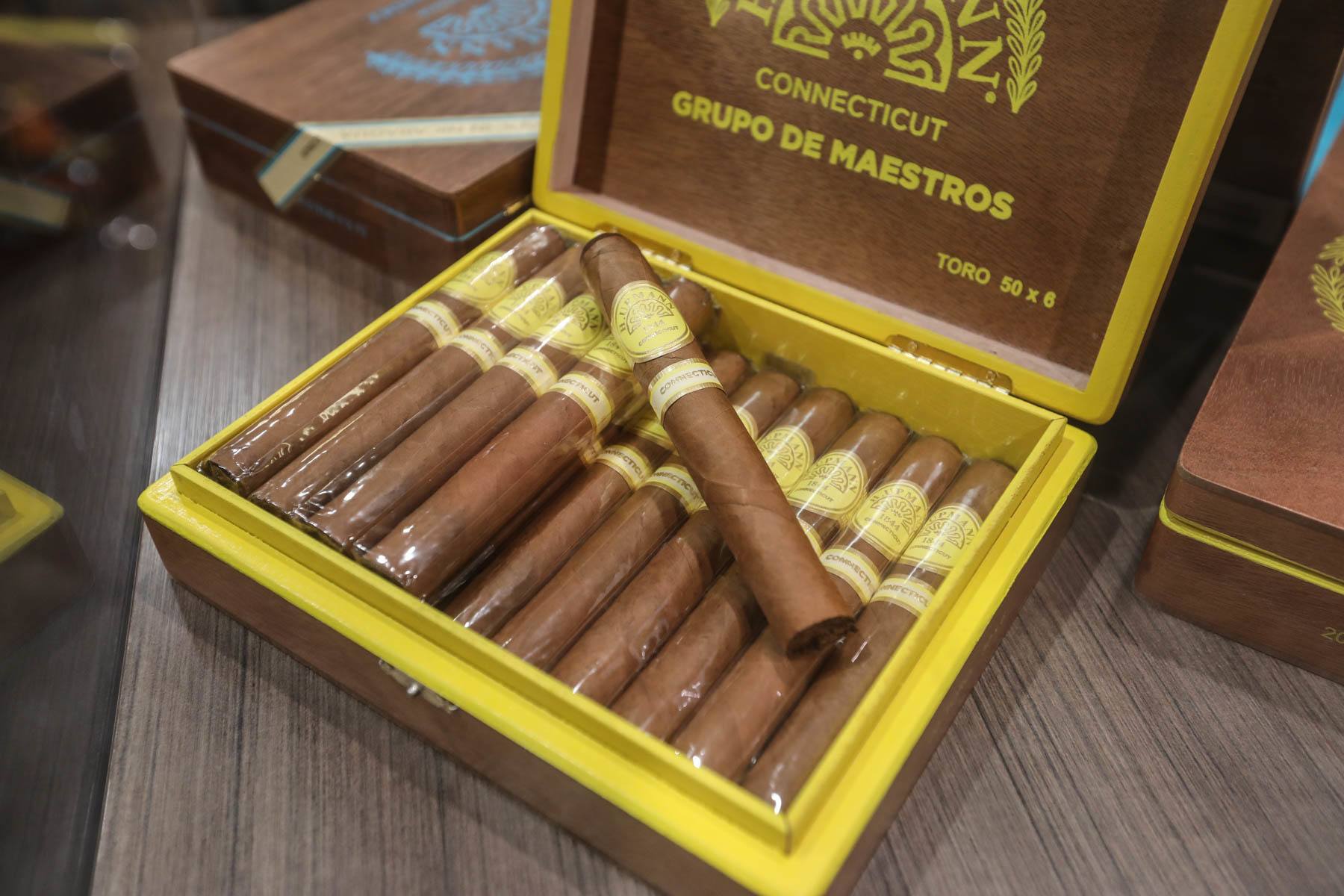 This new line for the H. Upmann brand pays tribute to the line’s 175th anniversary that comes up in 2019, though that references its creation in Cuba, not the post-revolution brand. It’s the first time that the company’s Grupo de Maestsros—which oversees the blending of the company’s cigars and factory operations—has had its name on an H. Upmann release. The third entry in the Montecristo Artisan Series is a Dominican puro, and the company says every leaf in the Artisan Series III is selected by three members of the Grupo de Maestros, Altadis’ name for its senior-most production heads. Another series getting a new installment is the Montecristo Grupo de Maestros Private Batch, and as the name implies, it’s the fourth installment selected by the company’s Grupo de Maestros. It returns in 100-count crates that are decorated versions of the bulk boxes used at the Tabacalera de García factory to store cigars. By far the most notable new cigar in the Altadis U.S.A. booth is the Montecristo Nicaragua Series, because it is a new, full production series for the Montecristo brand, which includes the White, Gold and Platinum lines. It’s a fairly full-bodied Nicaraguan puro made by A.J. Fernández at his factory in Estelí, Nicaragua. A special release for the Montecristo White Series, the jar contains 20 cigars but is most notable for its sealing capability; a small button creates an airtight seal that helps keep humidity inside the jar. It’s quite impressive and a detail that might be overlooked, but having seen a number of jars before with questionable seals, it’s certainly appreciated. This is a brick-and-mortar exclusive product. The Onyx Reserve brand is getting a packaging refresh, most notably turning the word mark horizontal from its previous vertical layout, which means the band becomes more round and sheds the oval design. It also adds a gold foot band for additional visual identity. The blend stays the same. The Romeo y Julieta line adds another Nicaraguan cigar, this time a puro made using all Nicaraguan habano leaves and coming from the Plasencia factory. The company calls it a medium-bodied cigar designed to expand and complement the brand’s history. 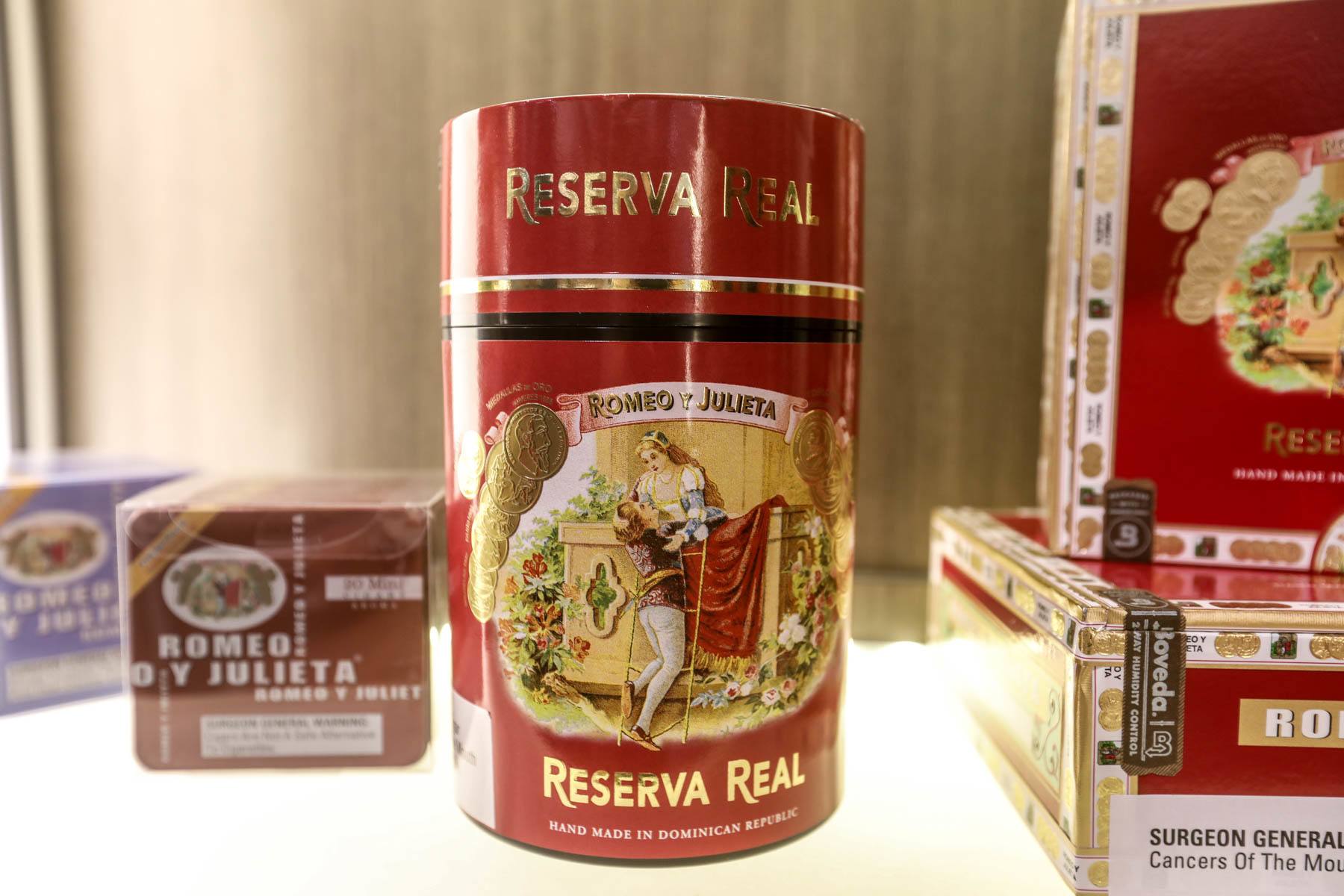 A similar design to the Montecristo White Toro Jar above, this contains a toro vitola in the Romeo y Julieta Reserva Real blend. It’s also a brick-and-mortar exclusive.