I’m still not sure how much is going on at AGANORSA Leaf. The company formerly known as Casa Fernández has a new name, a new U.S. sales leader in the form of Casa Fernández and one new line, but it’s certainly not trying to blow up the company and start over. What is clear—both at the IPCPR Convention & Trade Show and otherwise—is the company’s distribution has picked up noticeably. Like many things with the company, the booth was similar, but different. As I mentioned earlier, it was a noticeably smaller booth—largely due to Warped’s decision to go out in its own booth—though a lot of parts of the booth were quite similar to years prior. In a world of $12-15 cigars, the AGANORSA Leaf Signature Series seems like it should be more expensive. Even writing the post now, I can’t help but wonder if my pricing information is correct. This is clearly a deliberate attempt to keep the cigars under $10, something that’s a nice change. 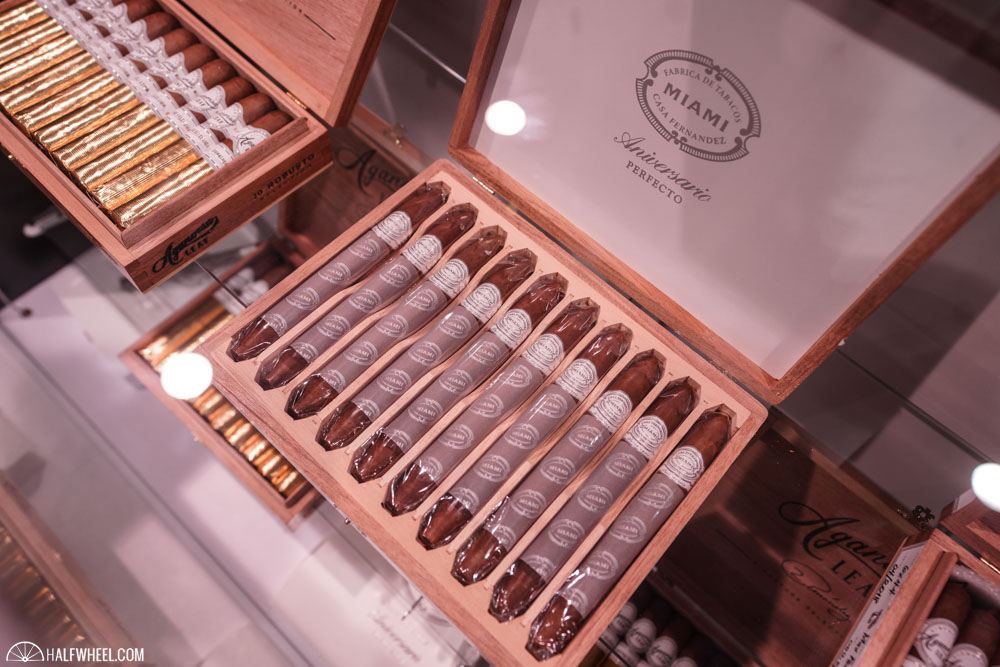 The other new release is an extension to the company’s Miami-made Casa Fernández Aniversario series. This time AGANORSA Leaf is using a unique 6 1/4 x 52 perfecto vitola. It will ship to stores in the coming days. 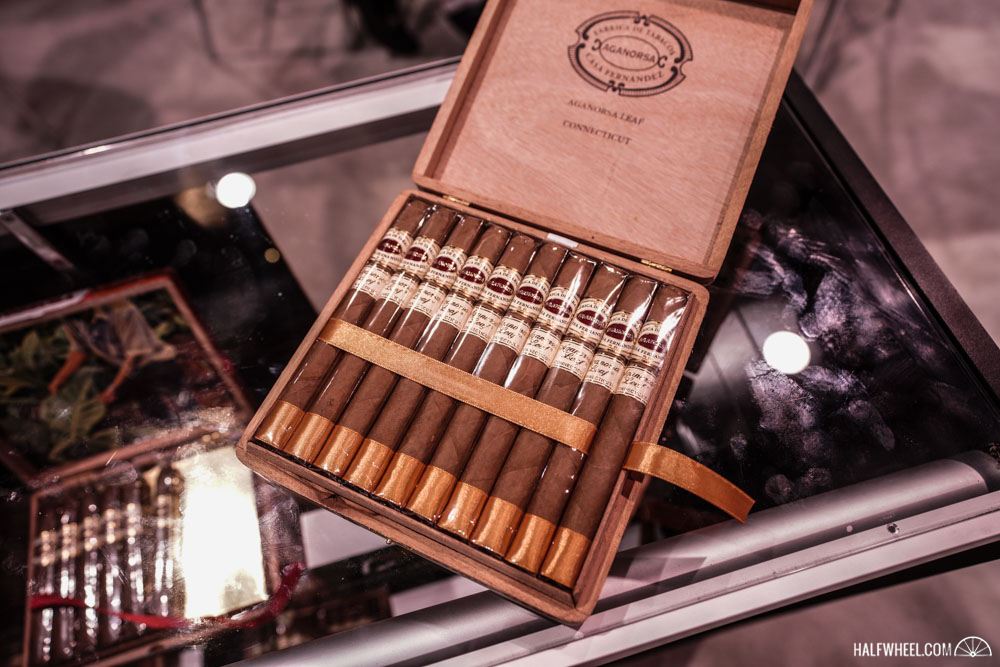 Part of my hesitation with the AGANORSA Leaf rebrand is that I’m not sure people could tell what’s different or how to differentiate this cigar from other’s in the company’s portfolio, something I think AGANORSA Leaf/Casa Fernández has struggled with for years. This also gets new packaging. This is somewhat odd to me as the Buena Cosecha line was one of the few Casa Fernández lines that looked different from the core portfolio. It seems the company wants a more uniform look, something that’s achieved by the new bands. Fortunately, the best part of the box—the inside lid—stays the same.