Like the rest of our team, I’m here to talk about the top 3 things I saw at the show that got me interested, enthused, or excited. There are certainly a number of things that I could talk about the show, maybe not directly cigar related, but those were either covered in my Day 1 Recap or for another article on another day.

Here’s what I saw at the show that I’m excited about. Outside of a handful of very expensive, well established companies like S.T.Dupont, Prometheus or Elle Blue—all of which don’t specifically produce cigars—Selected Tobacco S.A. and its Byron line has possibly the most impressive and beautiful packaging out there. Coming from the mind of the person responsible for much of the impressive packaging and jars in the Habanos S.A. lineup, it’s not too surprising. Having said that though, the humidor boxes of jars for the Byron lines are exquisite.

Displayed well, with museum-esque lighting, Nelson Alfonso knows what he has too—and the prices per cigar certainly reflect that. If I had the budget for them, I certainly would want these to adorn my humidor shelves, because they’re not only beautiful to look at, but of the ones I’ve tried are quite enjoyable cigars to boot. 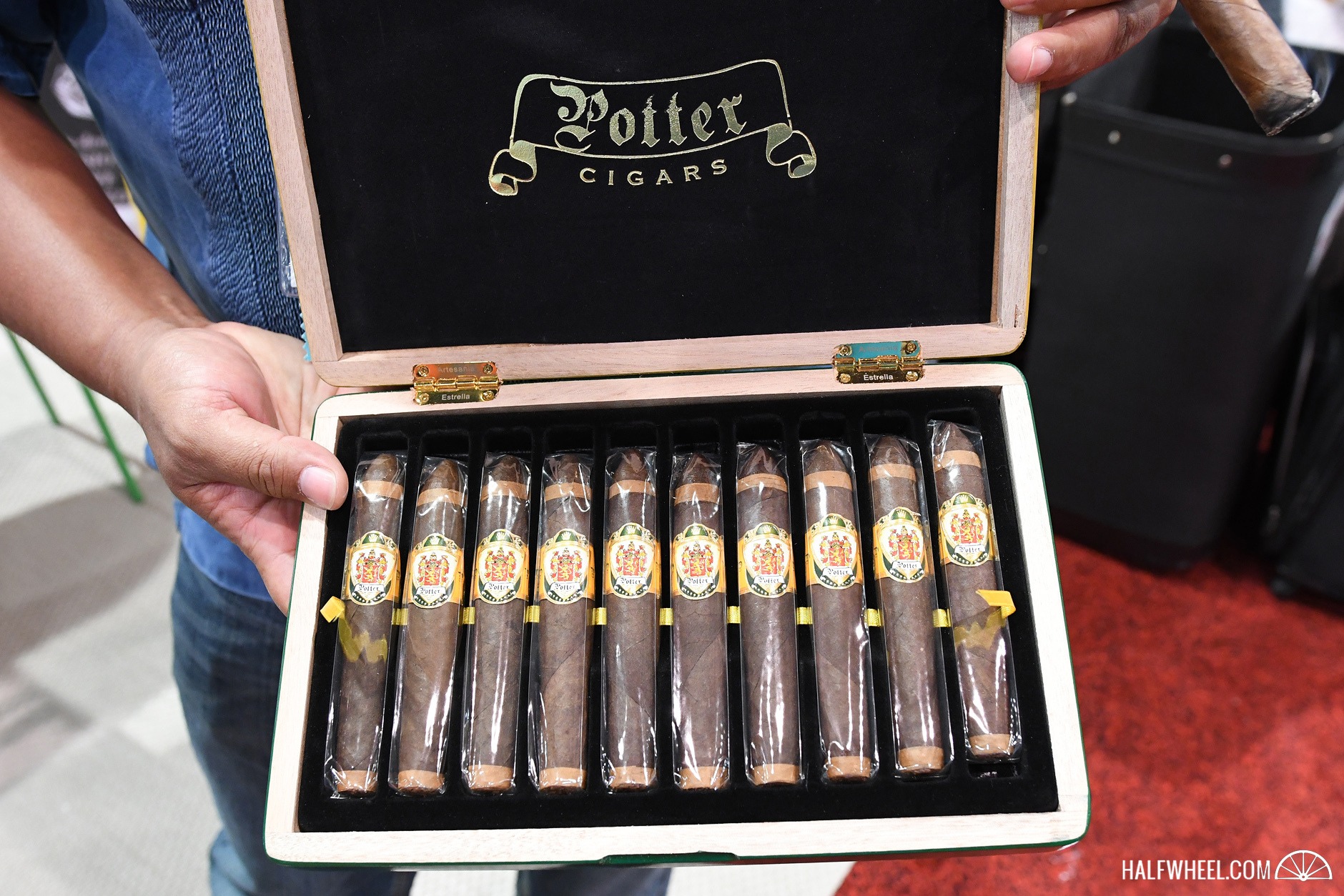 With the show this year, we saw many smaller companies either not displaying much—if any—new product, or at the very worst didn’t even come to the show. This is certainly an indication that the FDA regulations are affecting smaller companies more readily than others, so it was a pleasant surprise to cover a smaller company. Sure, I’d not heard about Potter Cigars before, and even after getting back from the show two weeks ago I haven’t had the chance to try them yet. Having said that though, it was great to see a company that took up just a single booth space, with new and interesting product to show.

It makes me happy to see that despite government overregulation that small companies are still pushing forward with something they’re passionate about and keeping the new cigar part of our industry alive. On the other end of the spectrum, we have a new company producing high end, expensive cigars that is also doing much the same thing. The large booth space and first exhibition at the trade show had no indication that Micallef was backing down from this, despite any upcoming regulatory headaches. The full spectrum of cigars it originally released last year was on display, and while the newest release that’s coming from the company wasn’t at the show – Micallef did have a new release – which in and of itself speaks volumes.

For years now everybody has been pretty gloomy and morose about the FDA—and rightfully so —but it’s things like this that give me hope that the cigar industry as a whole will weather this storm and come out on the other side just fine.