Nestled at a table in the Davidoff of Geneva USA booth lies Hendrik Kelner Jr. The son of the famous Davidoff production head, Kelner Jr. runs his own factory, aptly called the Kelner Boutique Factory, using tobacco largely from his family’s farms throughout the Dominican Republic. He also owns his own brand, Smoking Jacket, which is sold by Davidoff of Geneva USA in the American market. 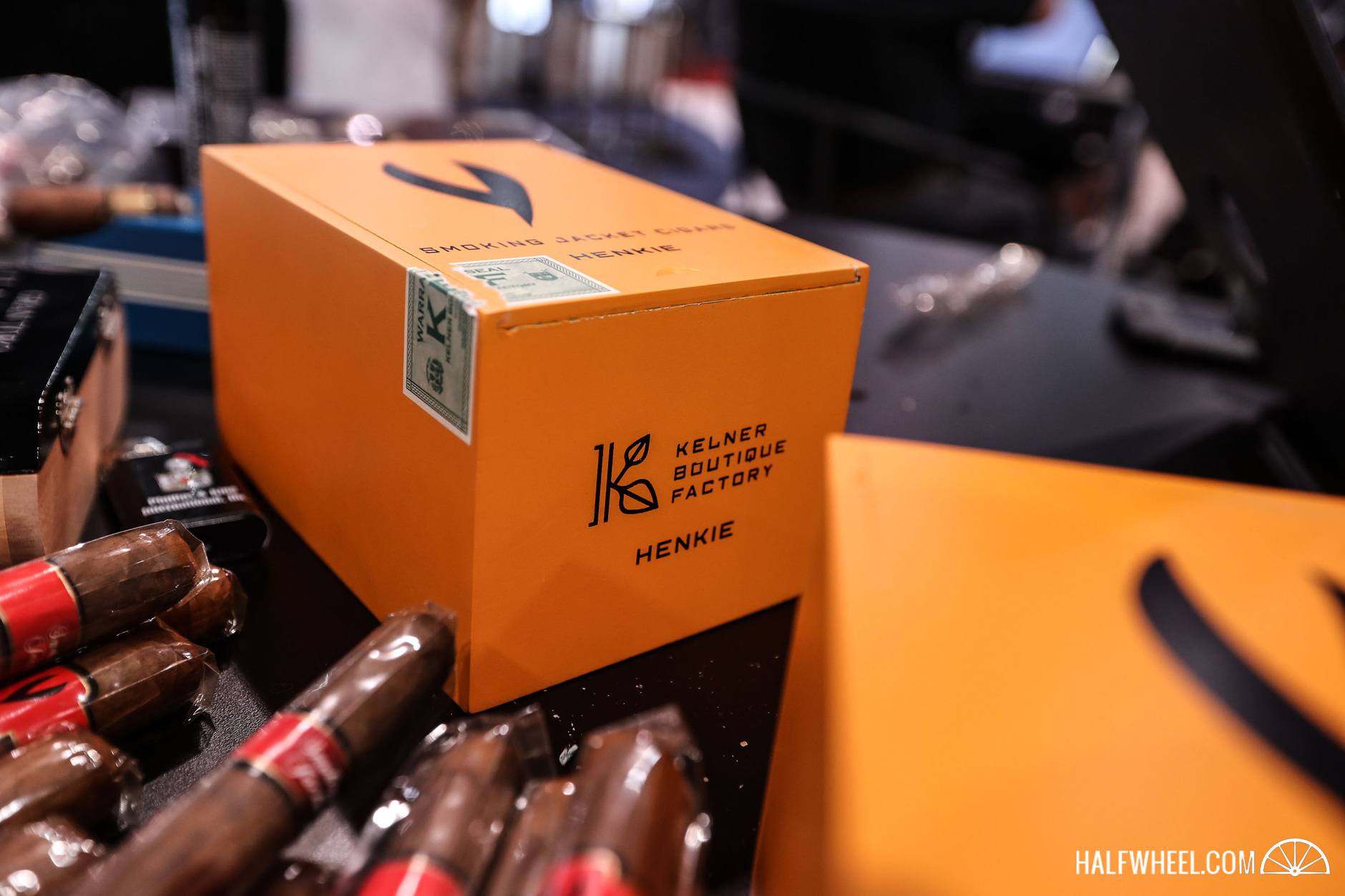 Yes, Henkie, not Henke. It’s made to honor his father, Henke, though it uses the traditional Dutch spelling of his father’s nick name. There’s some exclusive tobacco from Kelner farms including the wrapper from Cotuí, grown by Monika Kelner, and filler tobacco called Kelner Family Reserve.