There aren’t any new blends out of Selected Tobacco S.A. this year, however there are new sizes in both the Atabey and Byron lines.

With their well lit display cases and the exquisite humidor boxes and jars being shown off, it almost feels as if you’re stepping into a museum instead of a manufacturer’s booth.

Atabey
Five new sizes are coming to the Atabey line, though the Misticos size will be quite limited,  only 100 boxes will be produced. 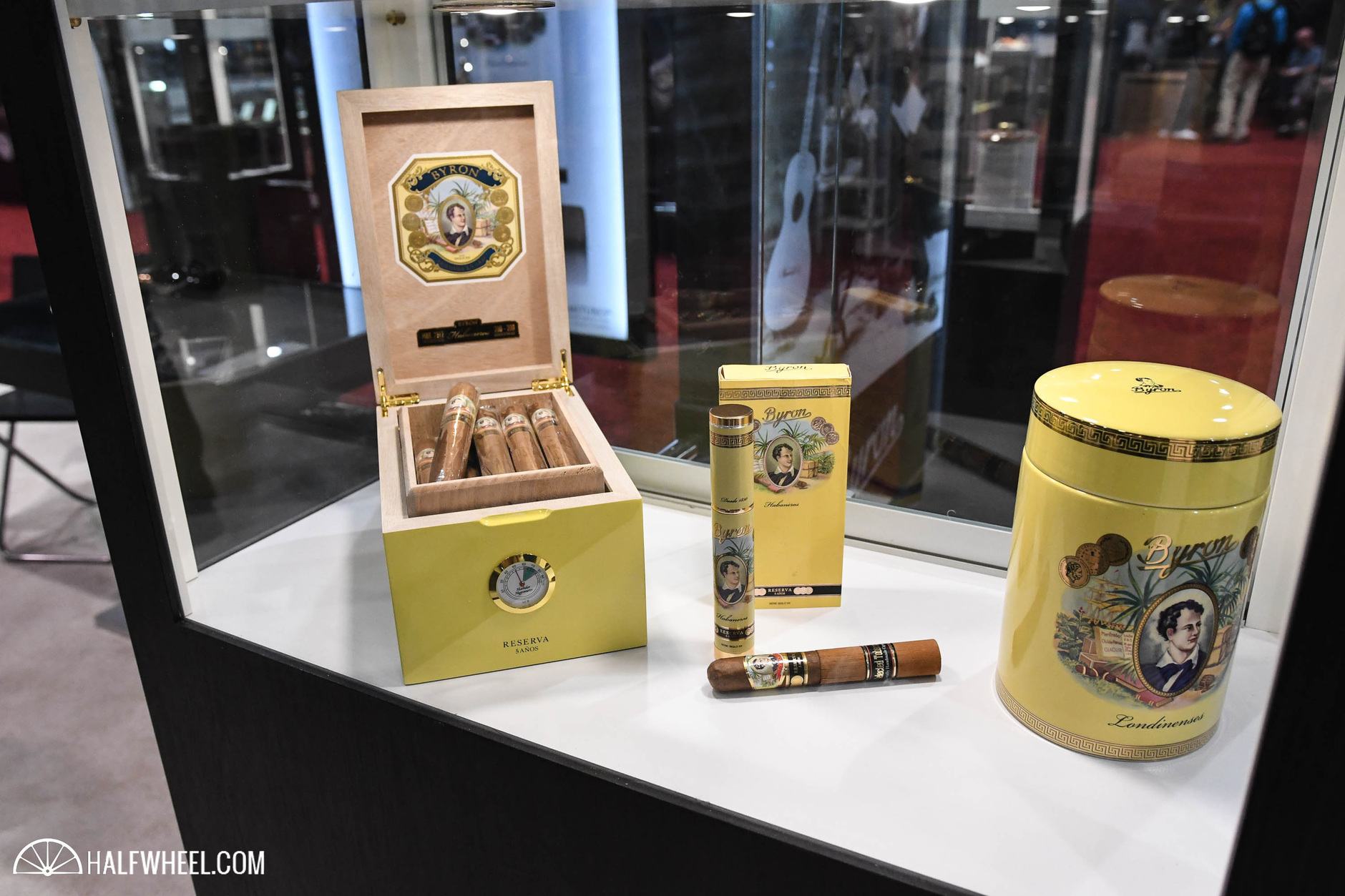 Byron
There are two new sizes for this existing line, both coming in the company’s unique humidor-style boxes that include a hygrometer and room for a humidification device.