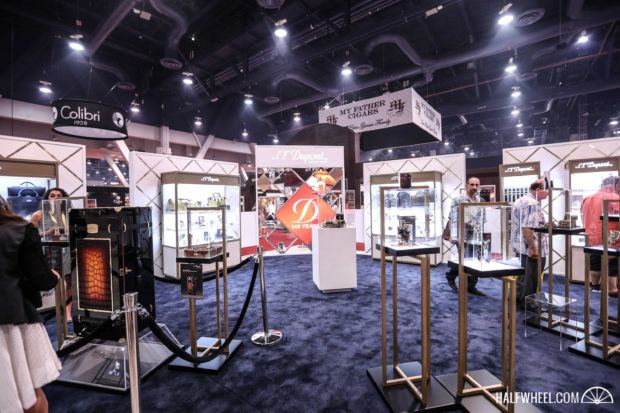 The S.T.Dupont booth is the epitome of my IPCPR Convention & Trade Show: beauty, chaos, excitement and frustration. I love the art behind so much of what the company does, I love (and hate) the fact that it’s one of the few booths where we really don’t know what they plan on doing before the show. I hate trying to summarize the booth, particularly on deadline after the trade show. 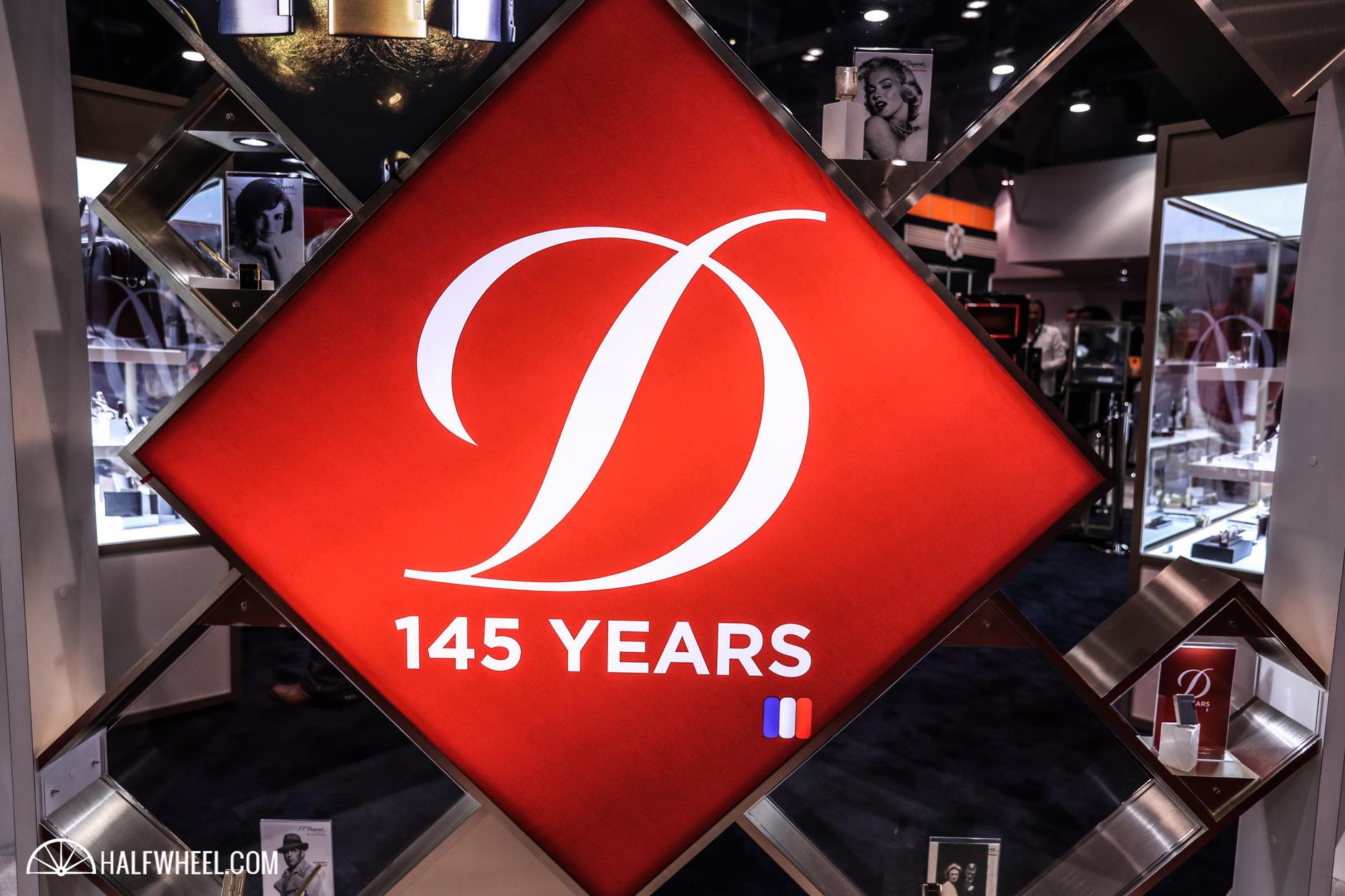 This year, S.T.Dupont celebrated its 145th anniversary and it did so in style. There were at least three separate $100,000+ items being shown off at the show, something that is truly Dupont. The question many people have is who buys these items and the answers vary. I’m sure there are some pieces that Dupont loses money, perhaps lots of money on; but at the end of the day, there’s no booth—or part of a booth—that inspires excitement quite like S.T.Dupont. Let’s just get the ridiculous out of the way. It’s S.T.Dupont’s 145th anniversary and the company is celebrating, big. It’s a 42 10/11 inches x 19 2/3 x 14 1/10 travel trunk. Yes, the thing is three and a half feet tall. It’s designed like an old trunk, which S.T.Dupont once produced, featuring crocodile leather. The top piece opens up vertically, while the main body swings open via door to reveal nine drawers. Inside is the following: The best part of this is the sales sheet says the travel humidor can hold “5/6 Davidoff Oro Blanco cigars.” For whatever it’s worth, I think it can probably hold other cigars. How do you improve upon the Complication Lighter? Diamonds. The regular complication lighter has sold well with S.T.Dupont producing a variety of runs, each slightly different. The latest version features a diamond, what looks to be a bit less than 1.5 carats from my relatively uneducated guessing. Pricing is $100,000. Yes, $100,000.

The biggest news was not formally displayed: Le Grand S.T.Dupont.

Debuting later this year, the lighter combines a soft flame and torch lighter into one package. It’s slightly larger than the company’s typical Ligne 2 lighters, but nowhere close to the size of the Complication lighter. While dual flame lighters are not new, what’s particularly unique is that the element for both the soft flame and torch components are built into one array, something that S.T.Dupont claims they have patented.

It’s a beautiful mechanical design, though it comes with a predictable price. While finalized pricing has not been set, I’m told it will be around $1,500 plus depending on the finish. The Conquest of (the) Wild West is S.T.Dupont’s main collection for this year’s trade show. There are a variety of pieces at all different price points and even some unique items for Dupont like a watch. This is actually separate from the Conquest of the Wild West series above. Cowboy is a collaboration with 2SaintS, a noted Dupont collaborator.

At the trade show, S.T.Dupont had two pieces from the Ultra Exclusive part of the series. The smaller piece is a lighter, while the larger is a pen. Both are made from bronze with custom patina in rhodium and yellow gold.

Both pieces are limited to eight units and priced at $28,995.

Because each piece is custom made, it will take at least five months to be produced. Slightly below that is the Exclusive part of the series. There’s a lighter and two different pens. Each piece is priced at $13,995 and limited to 88 pieces. As with the above, the pieces are custom made and take five months to deliver. The Prestige portion includes five different items: lighter, fountain pen, roller ball pen, ashtray and cigar cutter. All are limited to 288 pieces and custom made, though pricing ranges from $5,100 for the cutter, $5,825 for the ashtray and $7,250 for the pens or lighters. Another 2SaintS collaboration, this time inspired by pirates.

On the base level is the Prestige Collection which features two pens, a Ligne 2 lighter and an ashtray, designed to look like a treasure chest. All the pieces are custom made, which means they will take five months to be produced, and limited to 288 pieces. The Premium Collection features two pens, designed to look like canons, a Ligne 2 lighter that looks like a book. Pieces are limited to 88 units and priced at $14,500. The Ultra Exclusive items are more intricate versions. The lighter is a book placed inside a treasure chest while the fountain pen is much more elaborate. I was a bit surprised by just how little attention this got. If you didn’t know that S.T.Dupont had redesigned the miniJet, undoubtedly one of the company’s best commercial successes, you would have zero clue that it was actually new. I’m sure that the Davidoff sales reps were brining customers to the new items, but it was completely overshadowed in the booth due to the high-dollar items. These are bespoke pieces created in collaboration with Luis Alberto Quispe Aparicio, a master stone carver. The attention to detail is absolutely ridiculous. It’s limited to eight pieces, though I’m told that the pieces are all a bit different such as different color hats, etc. It’s pretty much the same story as above. Limited to eight pieces, priced at $43,000. 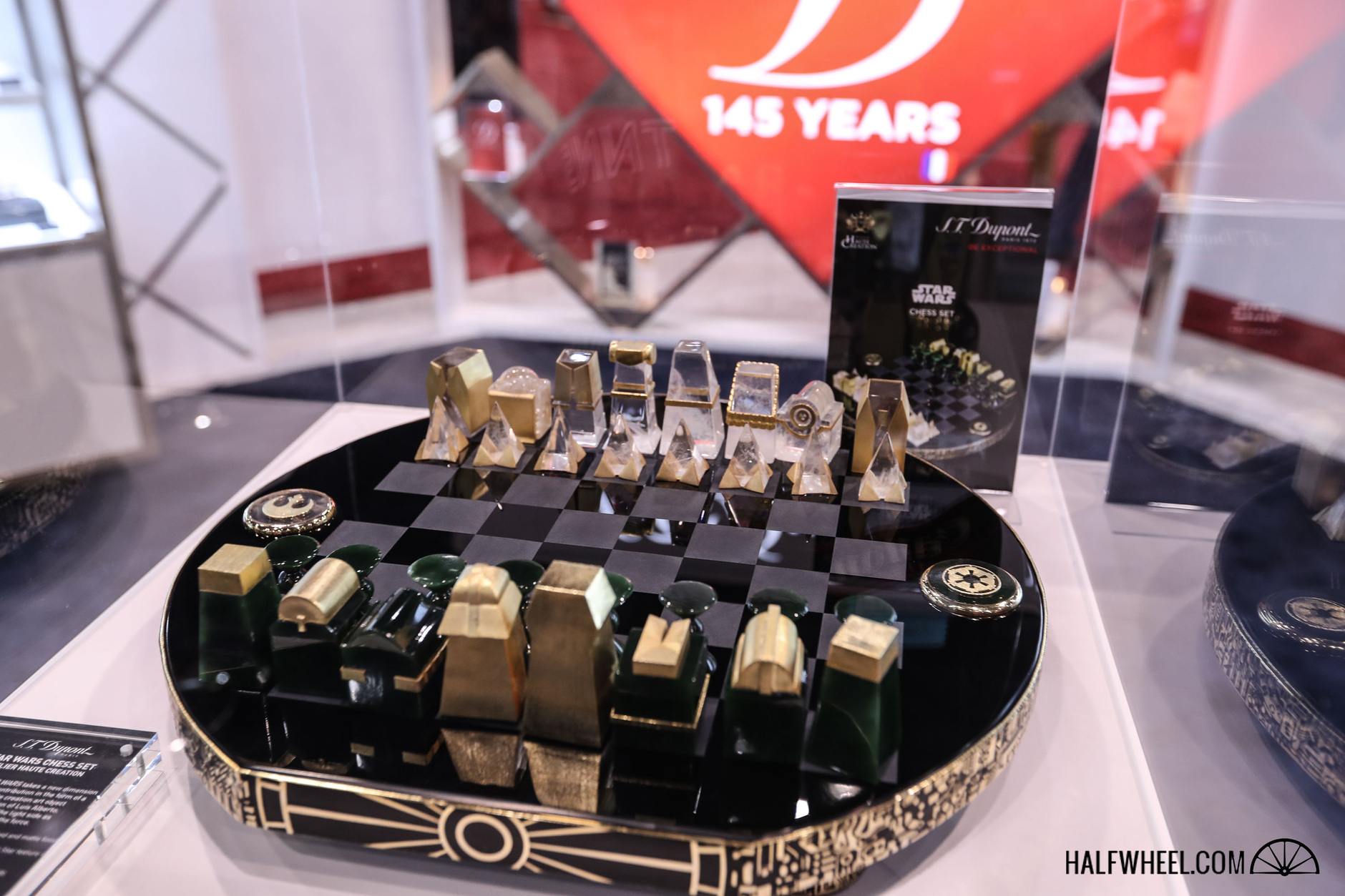 I didn’t see these in the booth, but these are done in collaboration with Luis Alberto. The face of these lighters are actually hand carved out of amethyst, jade, rock crystal and tiger eye. It’s limited to 288 pieces and priced at $5,995.

Also not shown at the booth, but its cool. There’s a total of two diamonds and 44 rubies throughout this pen. It’s priced at $32,995. 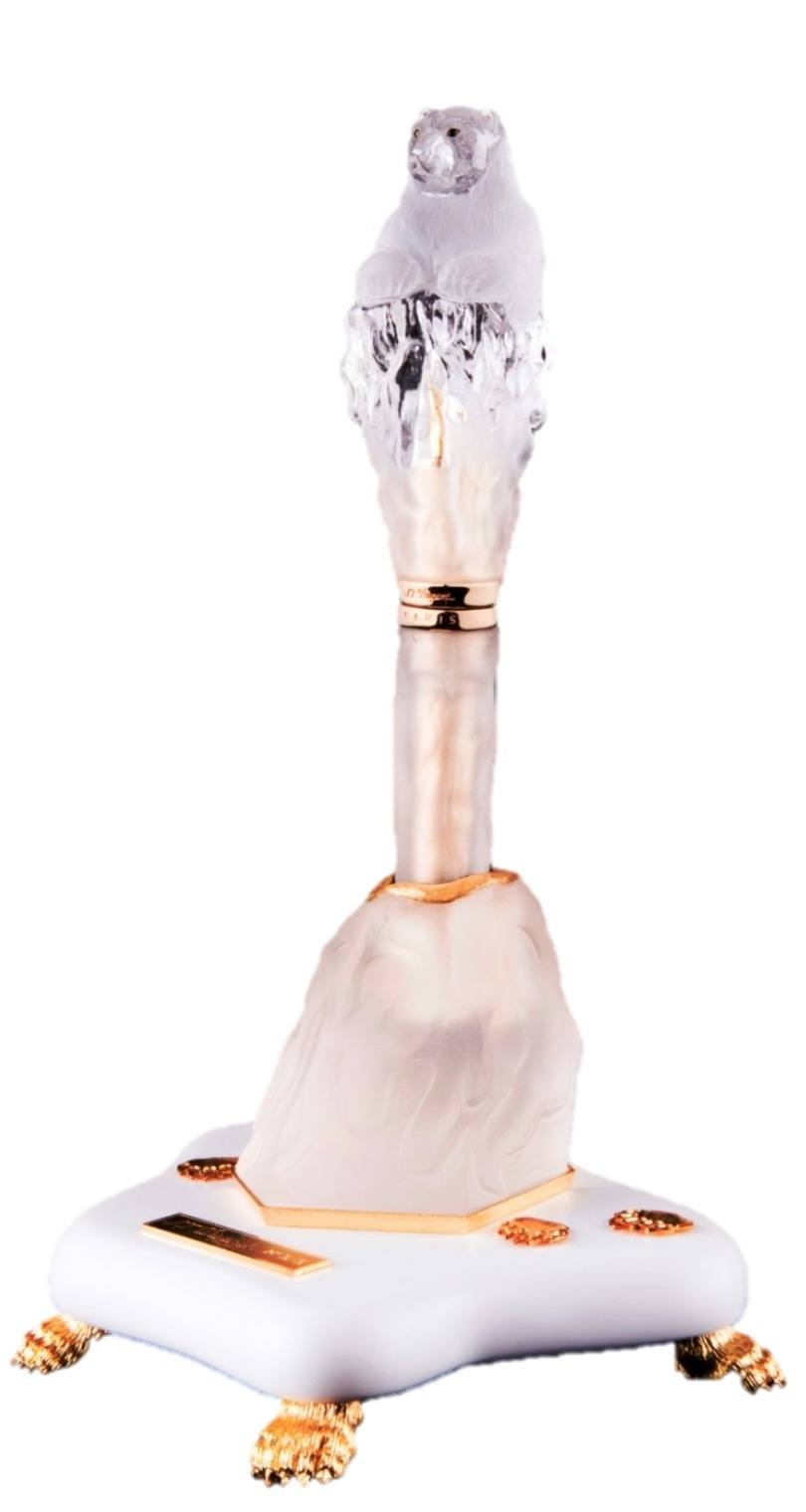 Also not shown, but we need to save the polar bears. This is also a collaboration with Luis Alberto and features all sorts of crazy touches: diamonds in the eye, marble base and gold-plated feet. This might be the most ridiculous thing I’ve ever seen from S.T.Dupont. This is another collaboration with Alberto. This is a collaboration with Kostas Metals, a designer. Unfortunately, these pics weren’t on display in S.T.Dupont’s trade show booth and the pictures are just renderings. There’s a Ligne 2 lighter, a fountain pen and a roller pen. All are made from bronze and finished with yellow gold. It’s limited to 288 pieces and each are priced at $6,995. There are three new colors of lacquer for the Ligne 2. The purple might be my favorite, but the green looks better. It’s the same story for the company’s leather items. Last year, Fender celebrated its 70th anniversary and S.T.Dupont created a collection for them. The Fender collection was not shown last year, but was on display at this year’s IPCPR Convention & Trade Show, including the leather and vinyl bags.