If there was one booth that pushed the technological aspect of design forward a bit, it was Perdomo Cigars. The company installed LED panels on both of the entrances, and then added an LED halo ring in the middle, similar to what you’d see in an arena. Both played a steady stream of videos, from tours through the fields to promotional videos for cigars. The booth went on to win Best in Show in the large exhibitor category, which covers those with more than 20 booth spaces.

As for what was in the booth, there was Nick Perdomo’s Pearl drum kit, a heavy emphasis on how to merchandise the company’s extensive lines, a new look at the Perdomo Estate Seleccion Vintage, and the launch of a new retailer incentive that brings back the branded humidors we saw last year. While Perdomo revived a number of heritage lines last year, this year the company focused on one line in particular, the Estate Seleccion. It comes in the company’s signature trio of wrapper options—Nicaraguan sungrown, Nicaraguan maduro, and Ecuadorian Connecticut—with Nicaraguan binder and filler. There are five sizes in the line, as well as a collection that features 10 of each blend in the Regente size. Perdomo is once again running a retail contest that will result in the customer of a retail store winning a huge Perdomo-branded humidor, and this year, they are offering two options: a Perdomo Habano Bourbon Barrel-Aged design that matches Nick Perdomo’s drum kit pattern, and the red Perdomo 20th Anniversary humidor we saw last year. 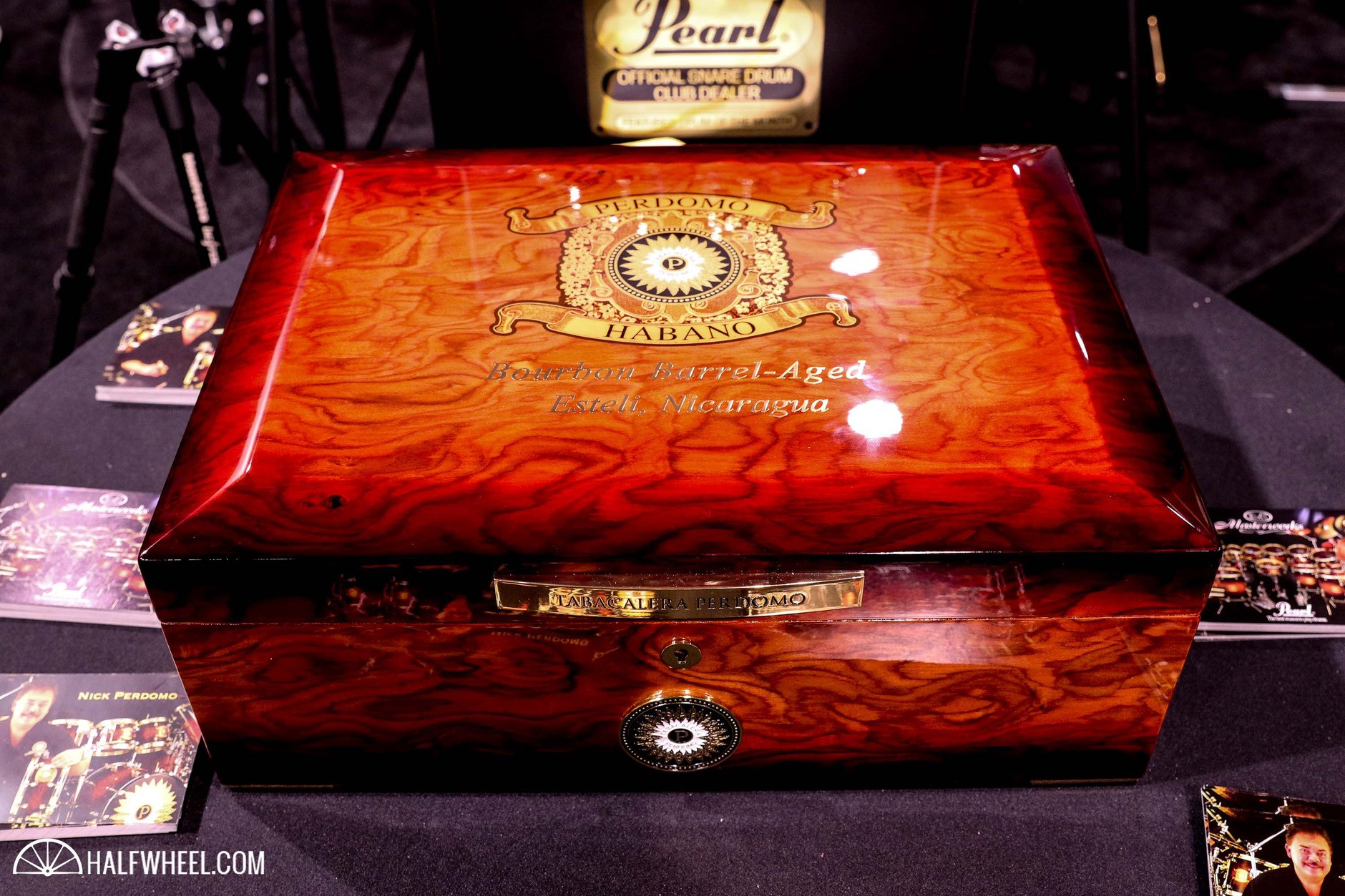 For the most part, each retailer is able to choose one of the two humidors for their contest, and customers who purchase Perdomo cigars will be entered to win the humidor. Then, on Dec. 2, 2017, all retailers participating in the promotion will draw their winners.