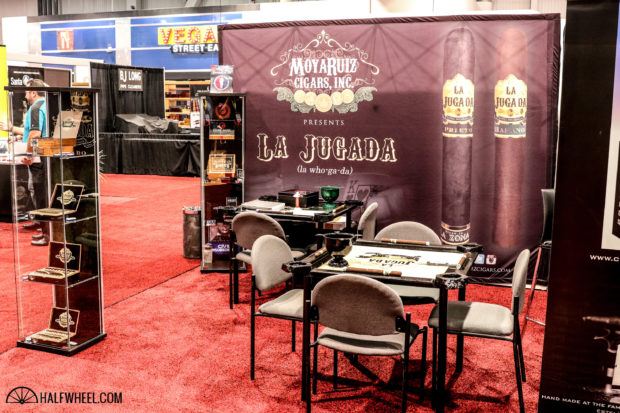 MoyaRuiz kept things fairly simple in the booth this year. While all of the company’s lines were displayed, there was a special focus on its most recent release, Il Ridotto. 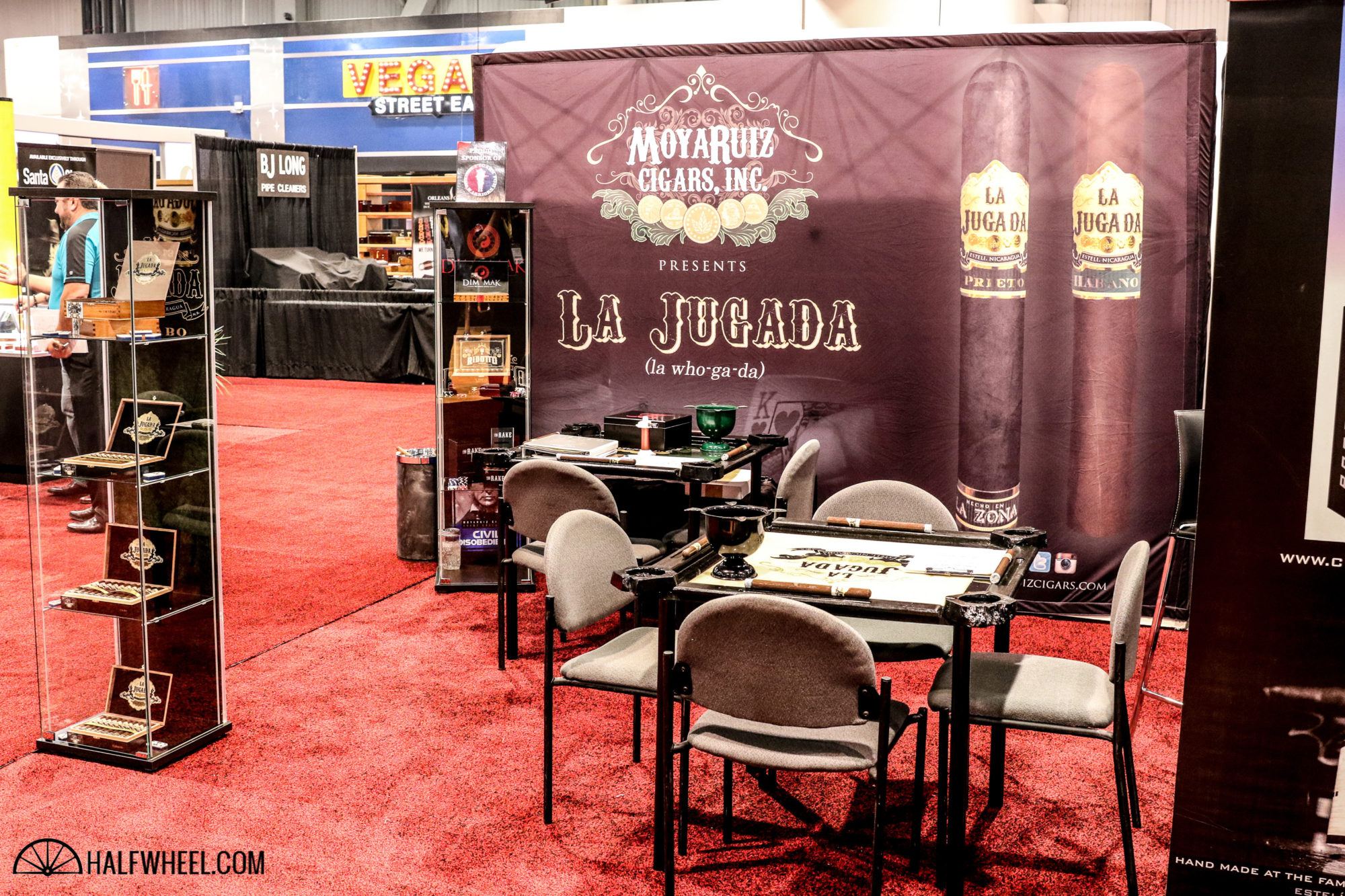 Nelson Ruiz said the company is working on a pair of new projects as well, the first of which should be seen around Halloween, and the other tentatively scheduled for the first quarter of 2018. The line was shown off last year, but isn’t getting its full national release until this year. Like nearly all of the company’s cigars, Il Ridotto gets its name from the roots of gambling. In this case, it is an Italian term that means the private room.

“Since both of our prior releases have to do with games, playing dominos and poker, we wanted to go back to the roots of gambling,” said Danny Moya, co-owner of MoyaRuiz Cigars, in a press release when the cigar was announced last year. “That’s where the inspiration came from, to really tell the story of gambling, which Americans love so passionately.”

Even the vitola have gambling-related names; Biribi is a game of French origin that is similar to a lottery, while Basetta is a high-stakes card game for wealthy people that originated from Italy in the late 16th century.