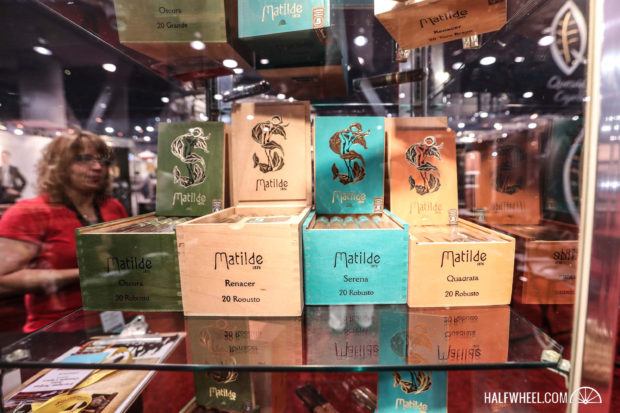 After becoming the first person to receive a makeover on video last year, Enrique Seijas really stepped up his appearance. It was a suit and tie day at the Quesada booth, which was never packed in the 45 minutes I was there, but always seemed busy with multiple customers coming in and out.

Matilde was inside the booth of its U.S. distributor, Quesada. It’s a very Dominican affair, with Quesada and Matilde on one side and Procigar’s booth right on the other side of a wall.

As for new product, there’s nothing, though the company is focusing on Serena, which was not at the trade show last year.