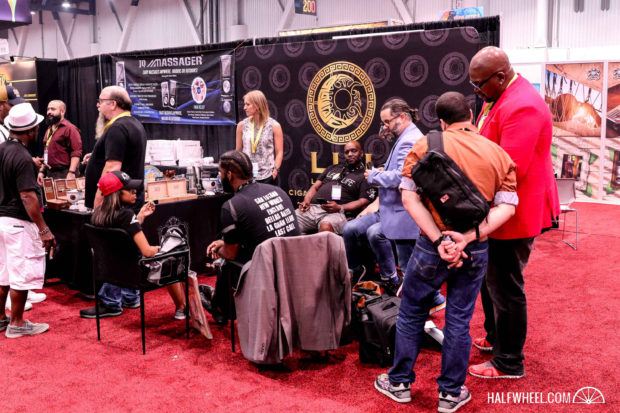 Even though it’s not a huge space, LUJ Luxury Cigars’ booth managed to stay quite busy, so much so that I had to stop by a couple of times just to be able to speak to Luj Olyuyeba without interrupting meetings with retailers.

Oluyeba focused on new sizes this year, though he might be making an announcement in the coming days about a line becoming a store exclusive and possibly expanding a bit. 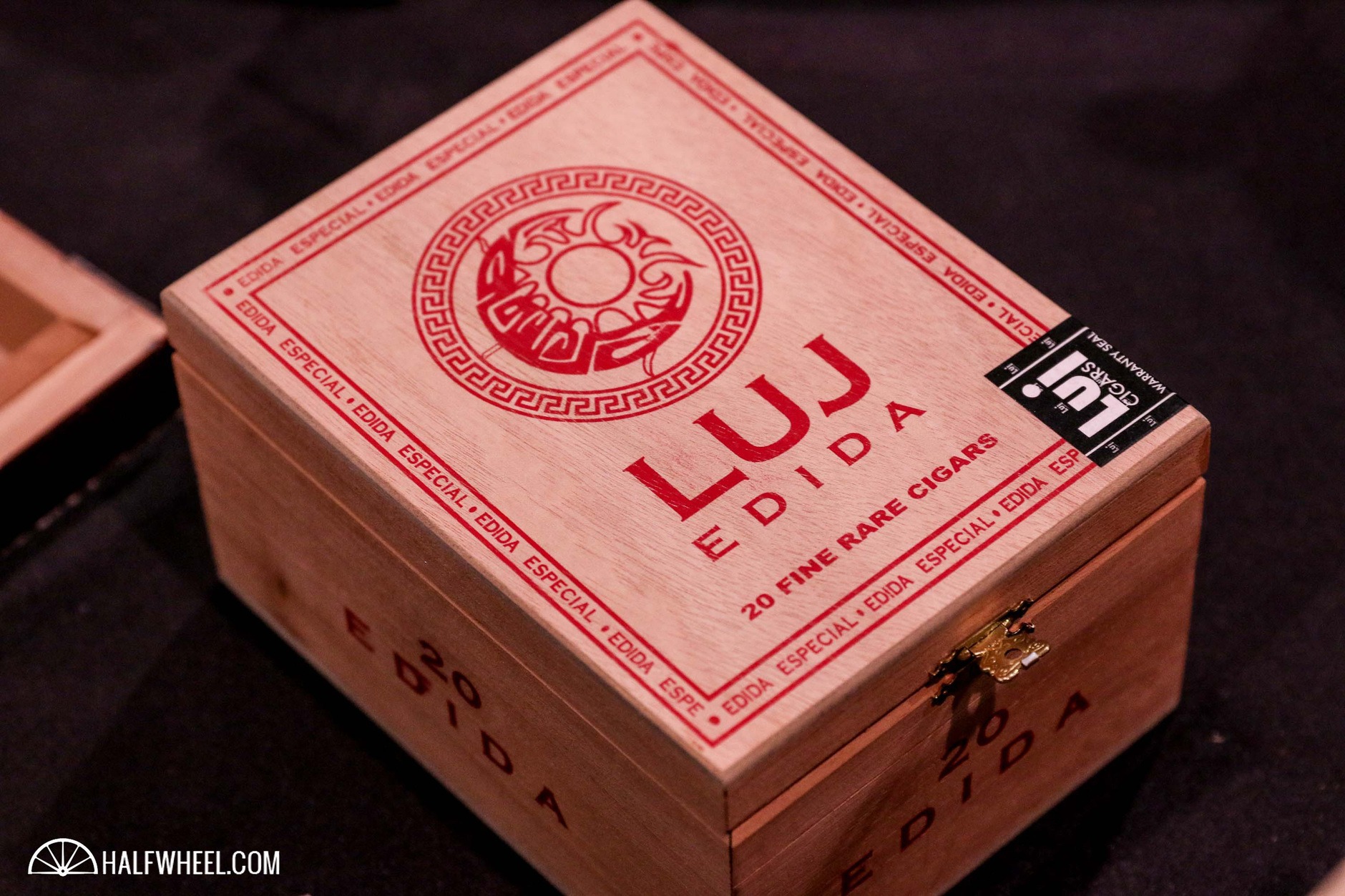 In March, LUJ Luxury Cigars announced that it was giving its Edida line a third release, though it would only contain one vitola, and a new one at that: a 5 1/2 x 52 robusto. Now, the company has two more sizes coming back into availability, the Toro (6 1/2 x 54, $10.50) and Corona (6 x 46, $9), sizes that have not been available since 2013. The line was initially released in 2011 and is being made at Tabcalera El Artista in the Dominican Republic.

After showing it off last year as a teaser, LUJ has its own pair of coffee lines now widely available. The LUJ Cerro Prieto comes from the Dominican Republic and is $20 for 12-ounce bag, while the LUJ Mt. Meru is from Tanzania and is priced at $24 for a 12-ounce bag.