La Flor Dominicana’s booth seems like a little island. It was one of the few, particularly when you remove the large monstrosities, that felt like its own individual space on what was otherwise a very crowded floor. That of course didn’t mean that I found it immediately, of course, I should have looked up to see the rotating sign.

When I stopped in, it seemed like international hour. Mitchell Orchant of C.Gars Ltd and Scott Vines of Tor Imports, La Flor’s U.K. distributor, were meeting with the Gomez family, while the crew from Cigar World in Düsseldorf were chatting outside the booth with the Schuster family, La Flor’s German distributor. The booth is very much the same as it’s been for years, one thing I like—don’t think this is new—is that La Flor uses tables with glass covers and then places each of its vitolas underneath. 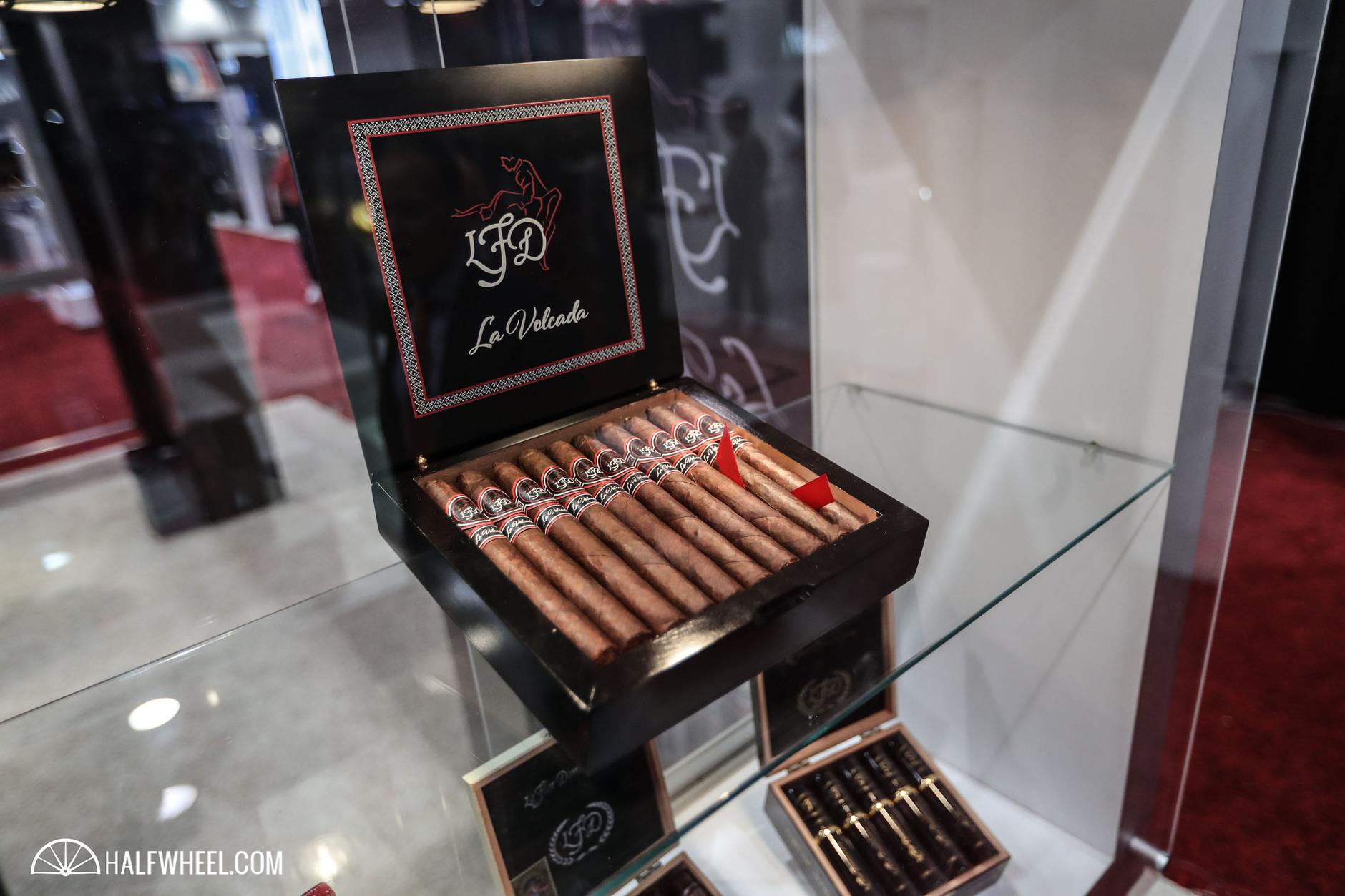 LFD already has a cigar called the Tango, it’s a vitola in the 1994 line. However, the company’s newest cigar is inspired by the tango. It’s called La Volcada, named after a move in the tango, which originated La Flor founder Litto Gomez’s home country of Uruguay. Tony Gomez is going to describe this much better than I will, so click on the video below. 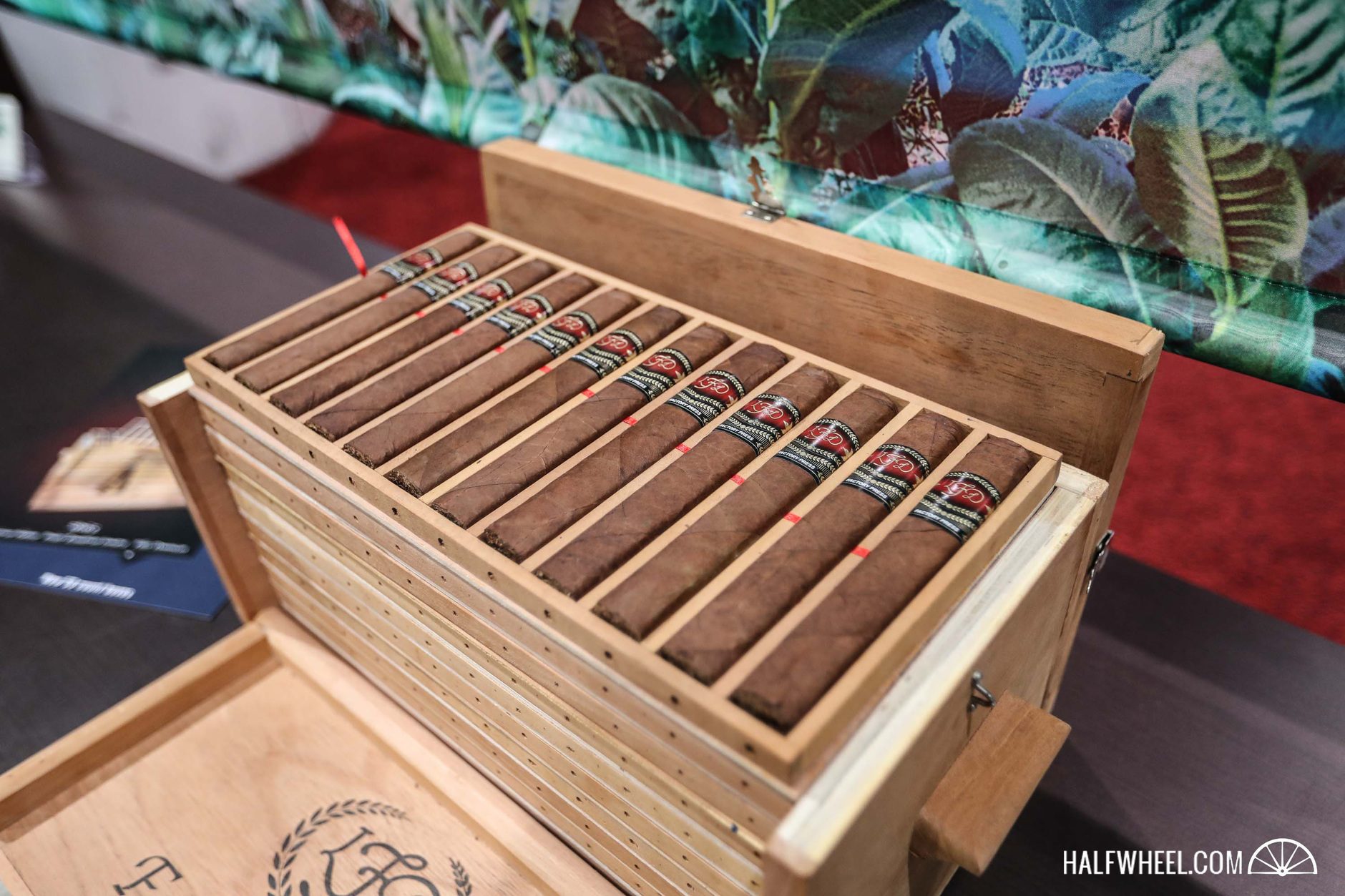 The Petite La Nox is now offered in 50-count cabinets. These look very similar to the style of boxes the company used in the El Carajón. Pricing is $370 box.