It was a rather busy show for La Aurora. The Dominican’s oldest manufacturer was showing off ADN Dominicano, Dominican DNA, a line that debuted earlier this year at Procigar; but that was hardly it.

La Aurora is located in the Miami Cigar & Co. booth, its U.S. distributor, though it’s not really defined to a singular space. There was a fairly immersive set up, shown below, for the ADN Dominicano which included a video demonstration as well as the andullo tobacco in yaguas. 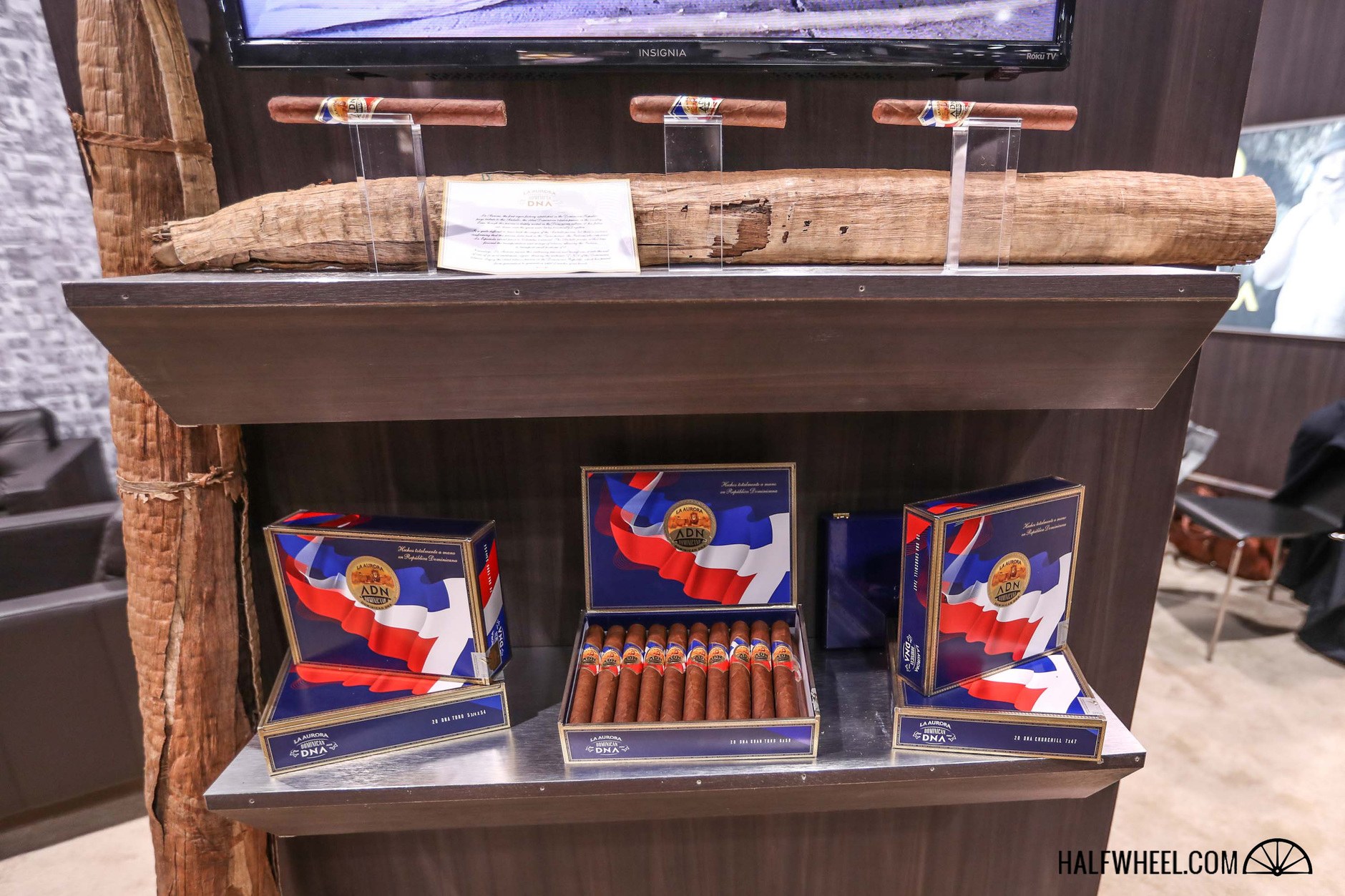 ADN Dominicano is not a Dominican puro, rather, it’s designed to pay tribute to andullo tobacco. While most tobacco is harvested and then placed in large piles, called pilones, andullo tobacco is harvested and then wrapped into large pods known as yaguas. These pods are then rooted while the tobacco processes. La Aurora says it’s using a full leaf of andullo in the filler. This has to be La Aurora’s most expensive (normal sized) cigar to date. At $27 per cigar, there’s reason to expect a lot, but La Aurora is promising cigars that have been aging since 2008, which the company claims was a noted harvest. It’s offered in a single size limited to 500 boxes of 10 cigars. 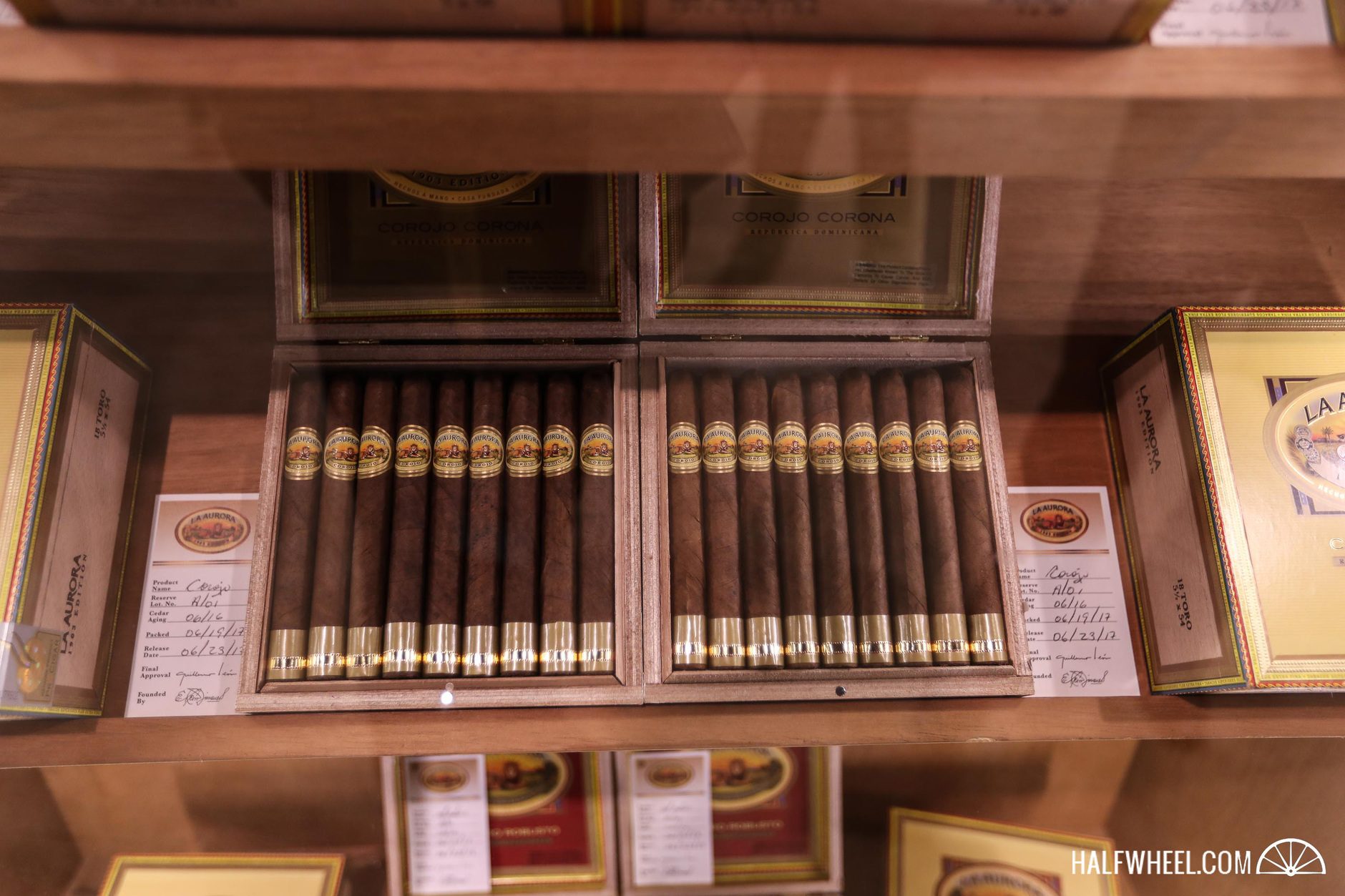 The Gold (Dominican Corojo), Platinum (Cameroon) and Ruby (Brazilian Maduro) blends are getting the Corona, Robusto and toro vitolas. Miami Cigar & Co. has decided that it will break up these boxes and sell each box individually as opposed to requiring retailers to purchase one box of each of the three sizes. These boxes should be shipping to retailers soon.