Hammer + Sickle was here with some new packaging, new releases and some interesting videos playing on their screens that I don’t remember seeing last year. 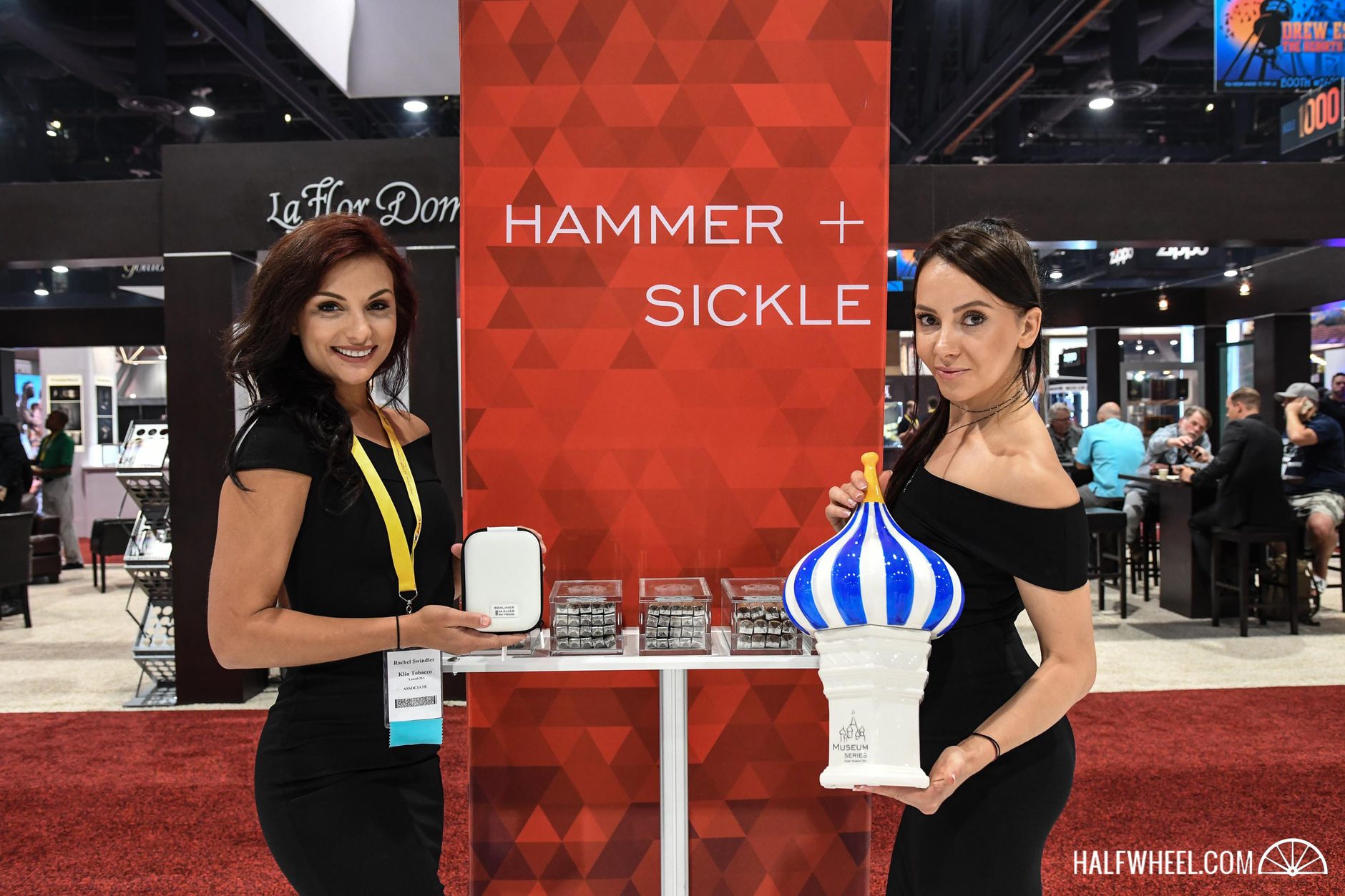 I had a chance to chat with them about two upcoming releases—well not specifically new blends, but certainly two additions that I think people will be interested in. 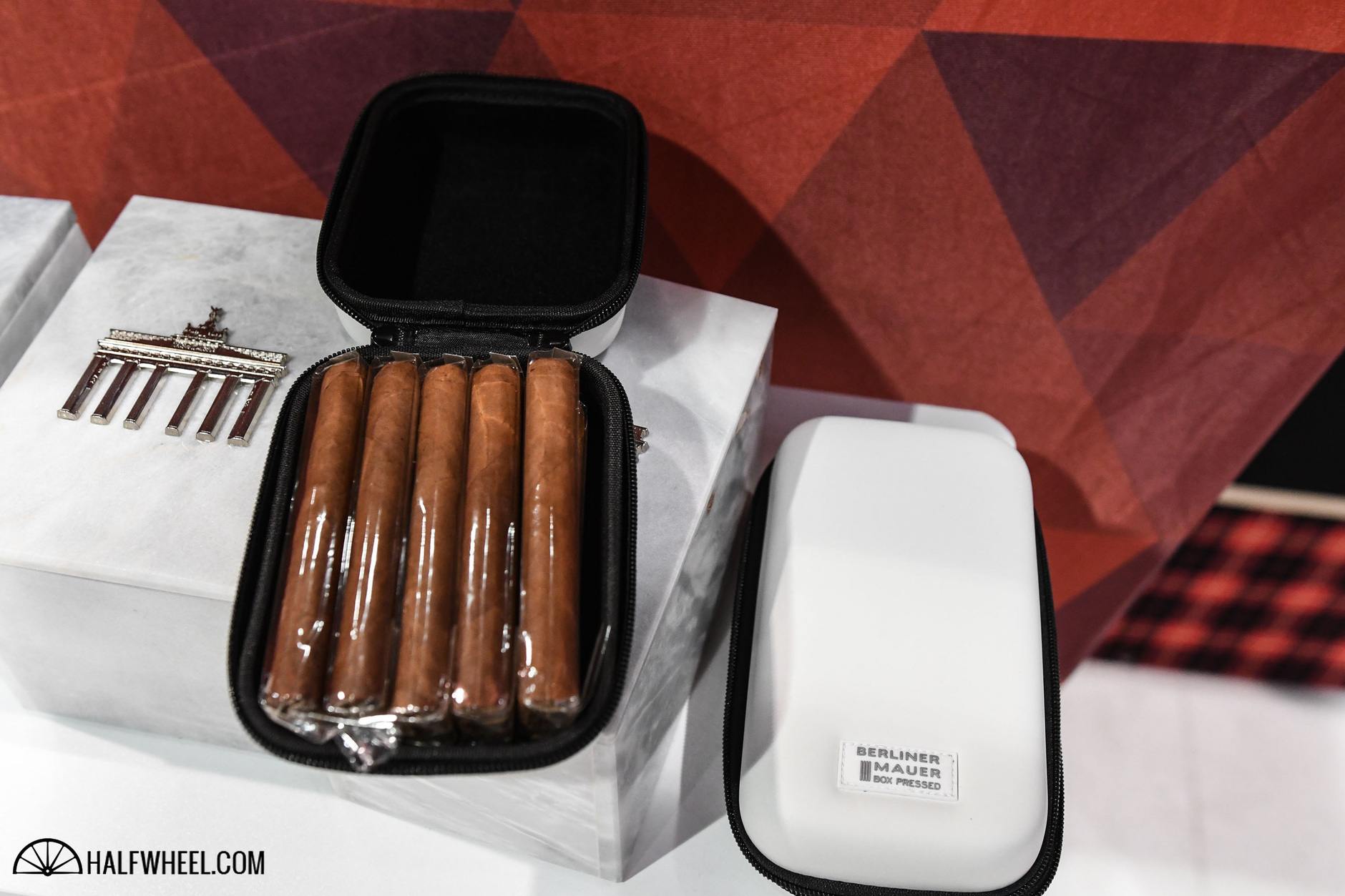 Berlin Wall Box Press Travel Humidor
First is a slight shape change to an existing line – the Berlin Wall Box Press. It comes in a new 10-count travel humidor that upon release will have a netting inside as well to keep your humidification, cutter and lighter in place without bouncing around and damaging your cigars. The prototypes they had at the show didn’t have that yet. 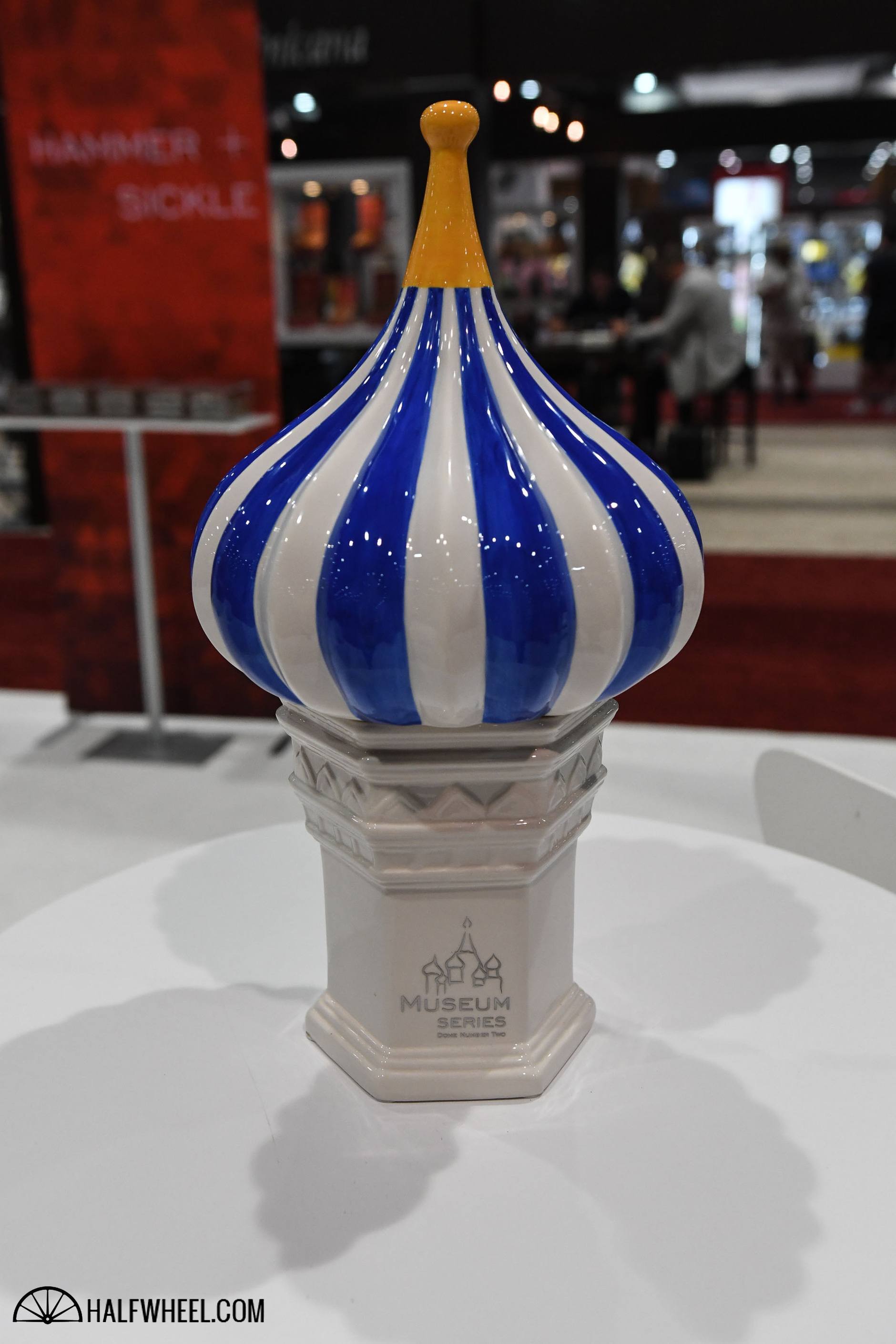 Museum Series Dome Number Two
The second in the Museum Series, aptly named, there will be 350 domes of 20 cigars produced. The cigar inside is still the same Tradicion Serie blend, but instead of a toro it comes in a corona larga this time around. If all goes according to plan, there will be 11 total domes released, at which point you should be able to create your own replica of the Saint Basil’s Cathedral of cigars.

Hammer + Sickle Museum Series Dome Number One
In addition to the release of the second dome, there is going to be another 100 jars of the first dome released again. Same price, same cigars as before. New packaging for the peat-infused cigar.