The coordinated outfits at the trade show seem to have largely fallen by the wayside, but the day I stopped by the Gurkha booth was just one of those rare days. The entire staff was dressed in black guayaberas with satin red linings which inspired a fair number of Benihana jokes—something I would be remiss to not mention here.

All jokes aside, Gurkha was doing business. When I stopped by, it appeared most the companies sales staff was meeting with customers and if this announcement following the show is to be believed, it’s with good reason. Whatever the case, the Gurkha booth was busy both in terms of new products and people for the half or so I stopped by. This was impressive. The humidor looks great and while $700 is by no means cheap, I think it’s a pretty good value given the number of cigars you are getting. With the overall success of Cellar Reserve over the years, I suspect this will be in a lot of stores. Also, you can’t see it in the photos, but the slightly updated Cellar Reserve band looks really good in my opinion. 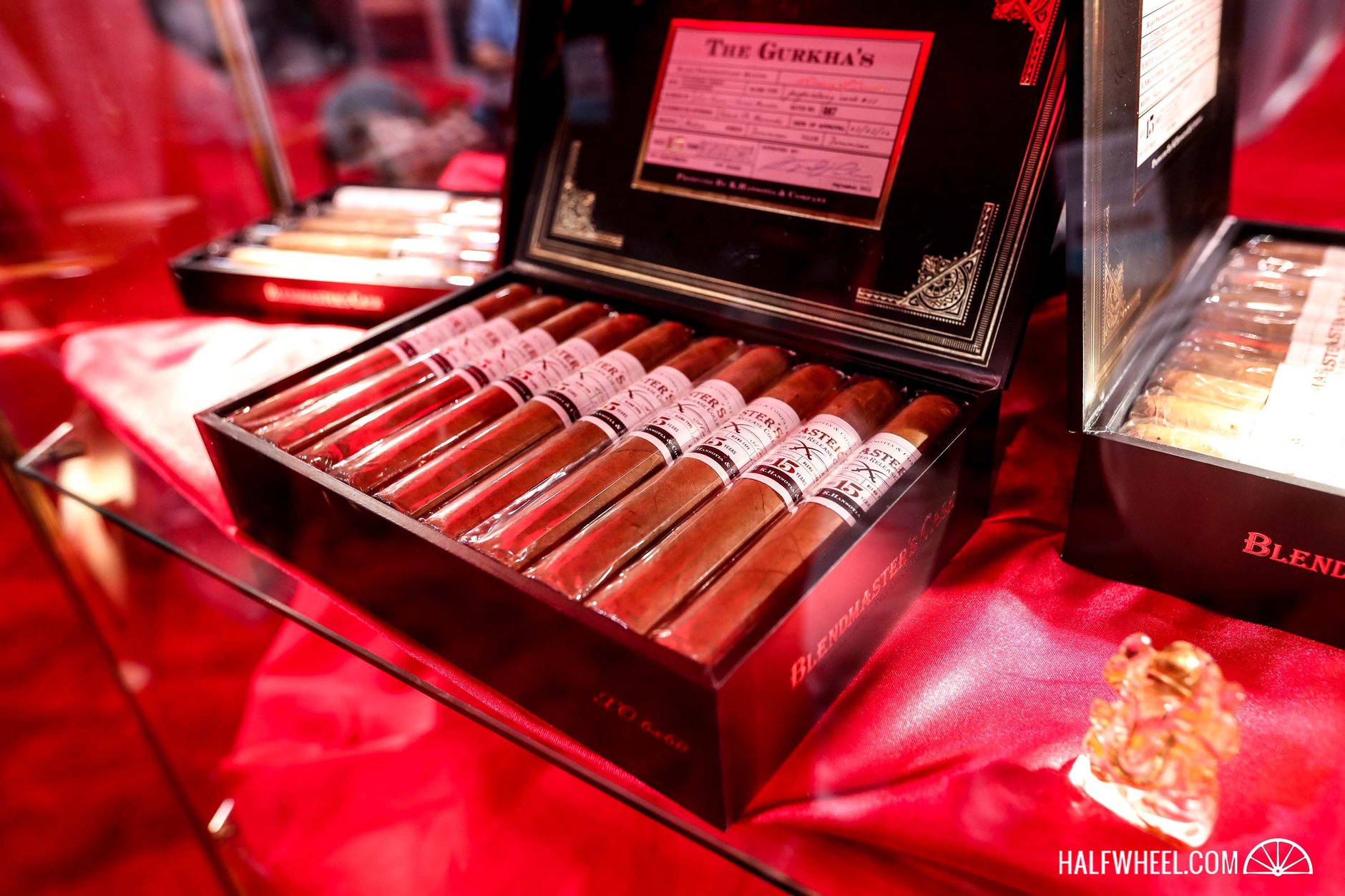 The reworked Blendmaster’s Cask is here. This is a different blend than the one that was shown off last year, though some stores received the 2017 blend last year. 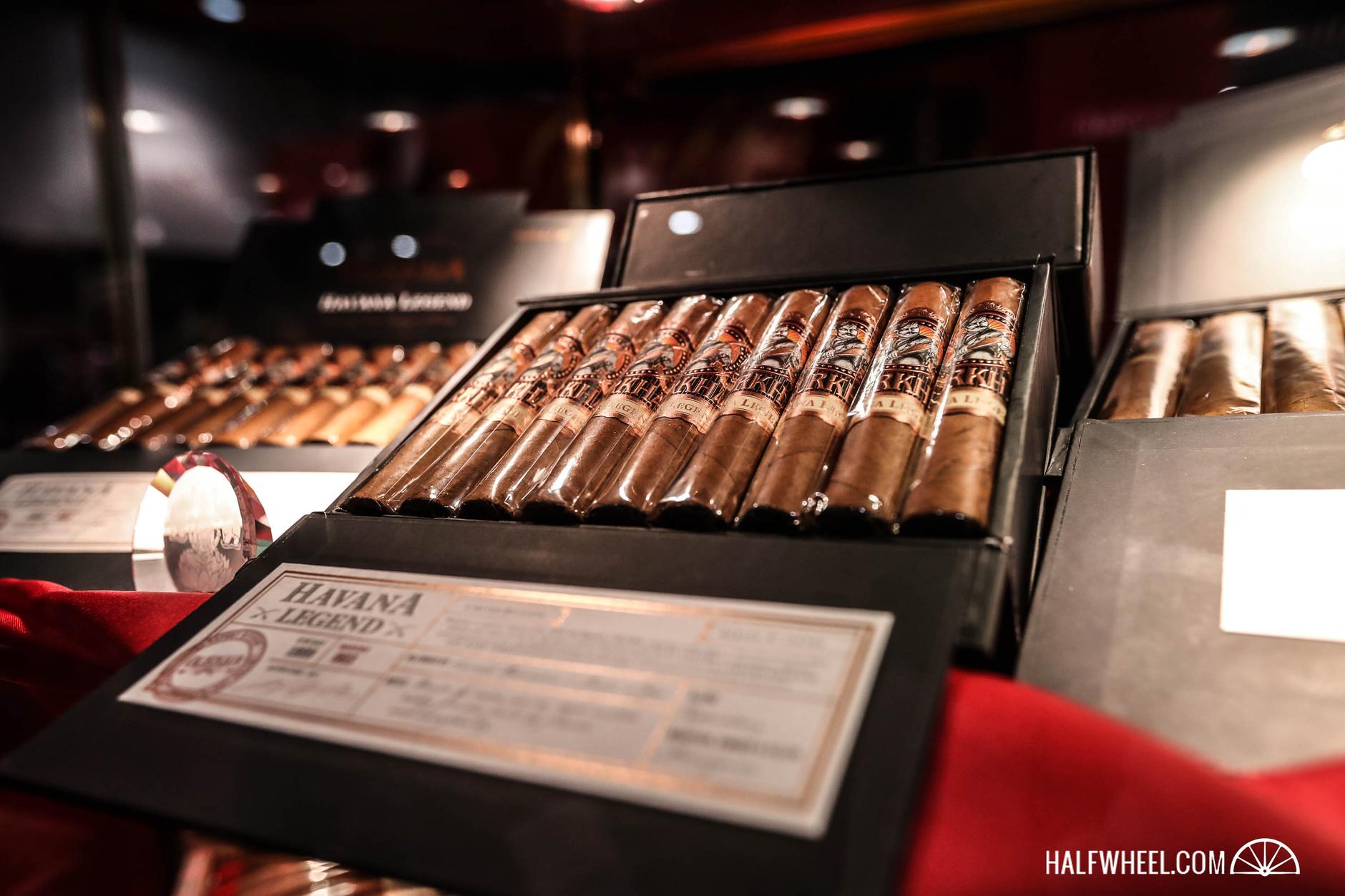 One of a handful of blasts from the pasts. This line originally debuted in 1999. It’s back, with updated packaging. 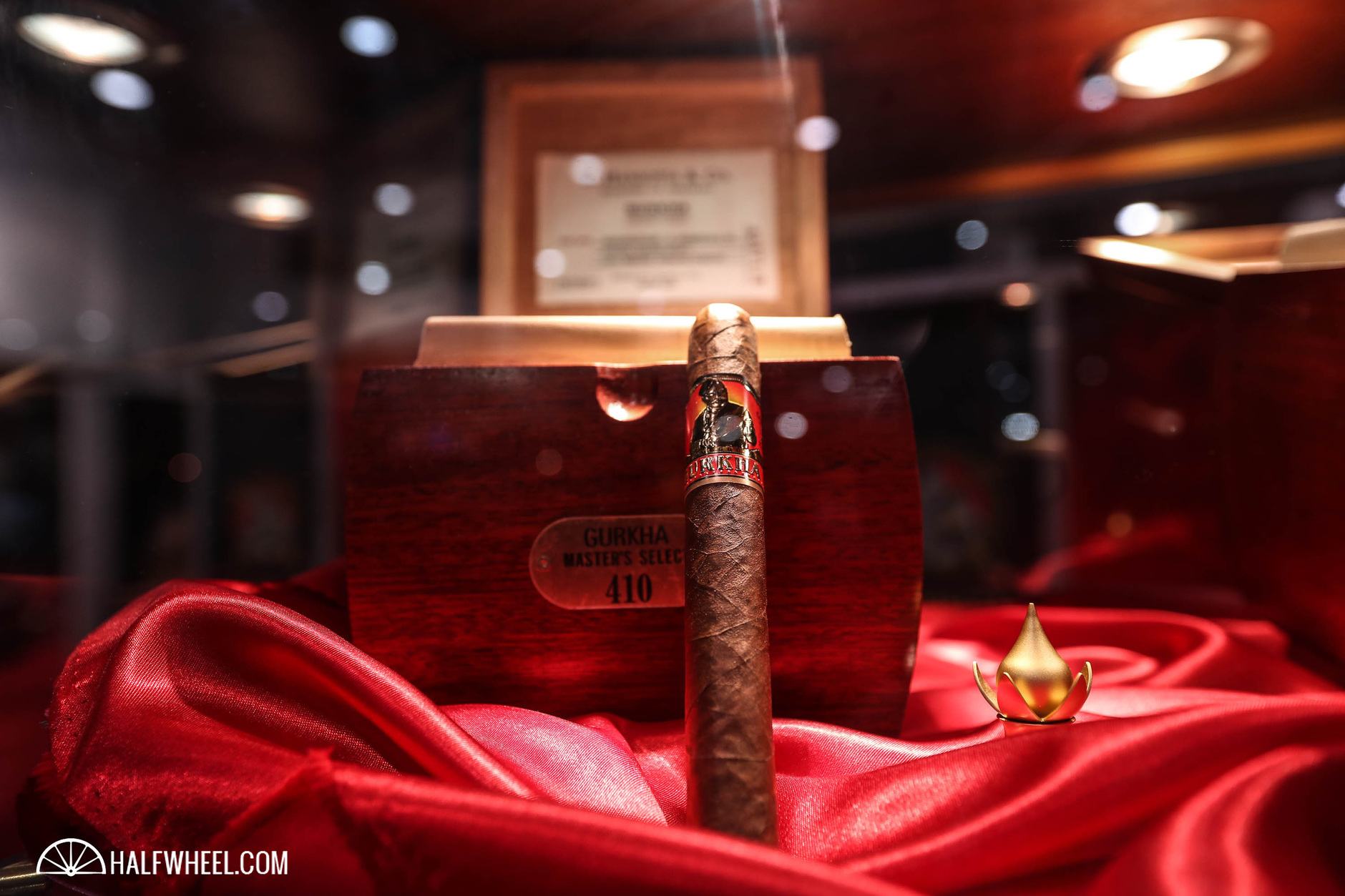 Same story here, this is a cigar from 2001. The company stressed this is the same blend as what the company used in 2001 and it is once again being made by Fidel Olivas. 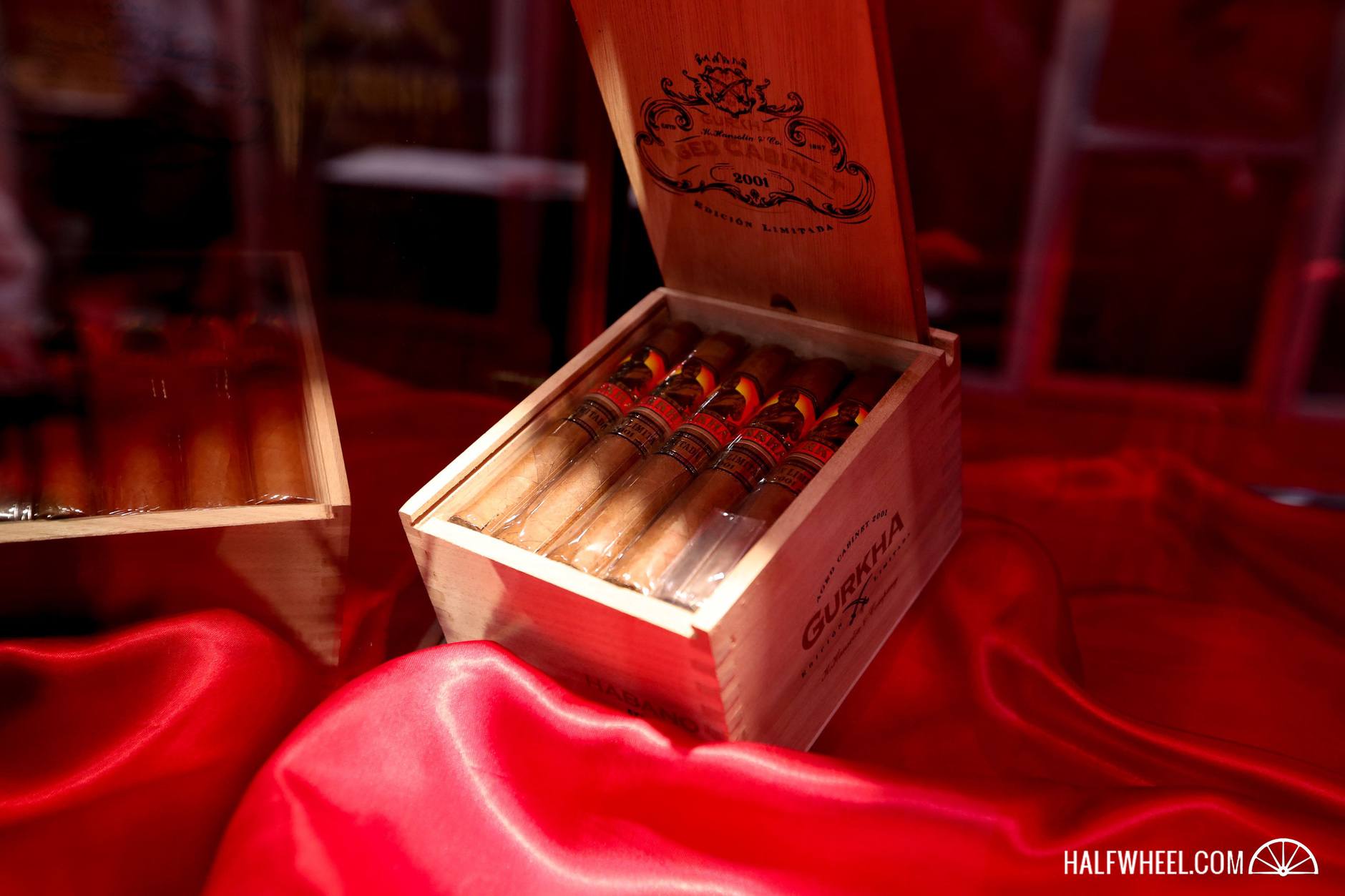 One thing Gurkha didn’t announce before the show was Aged Cabinet. It’s a one-vitola line being made at PDR Cigars. There are two different wrappers, Connecticut and Habano. 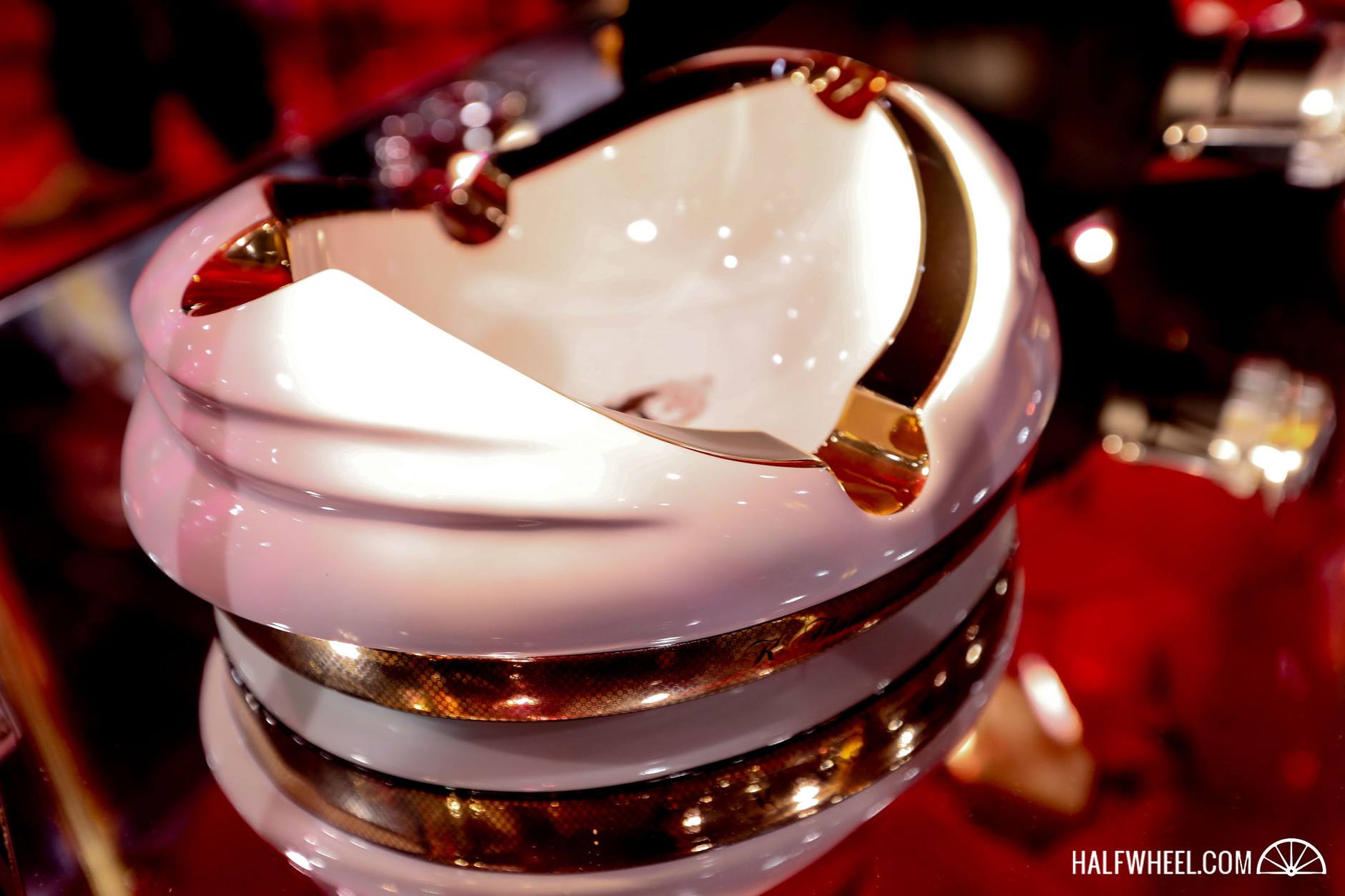 This was super impressive. There are six different designs, all featuring a white base, but with different accents. Gurkha’s done a lot of great promotional items and accessories over the years, but this ashtray is one of the best. Pricing is $125 and it should begin shipping in August.