Other than letting us know that they had a new line coming, Esteban Carreras didn’t announce the new cigar until show doors opened. Craig Cunningham likes to make his cigars’ names distinctive and memorable. This one is certainly that. Beyond the new line, the company showed off its impressive portfolio, and offered retailers the chance to win some cash in one of those money grab booths. 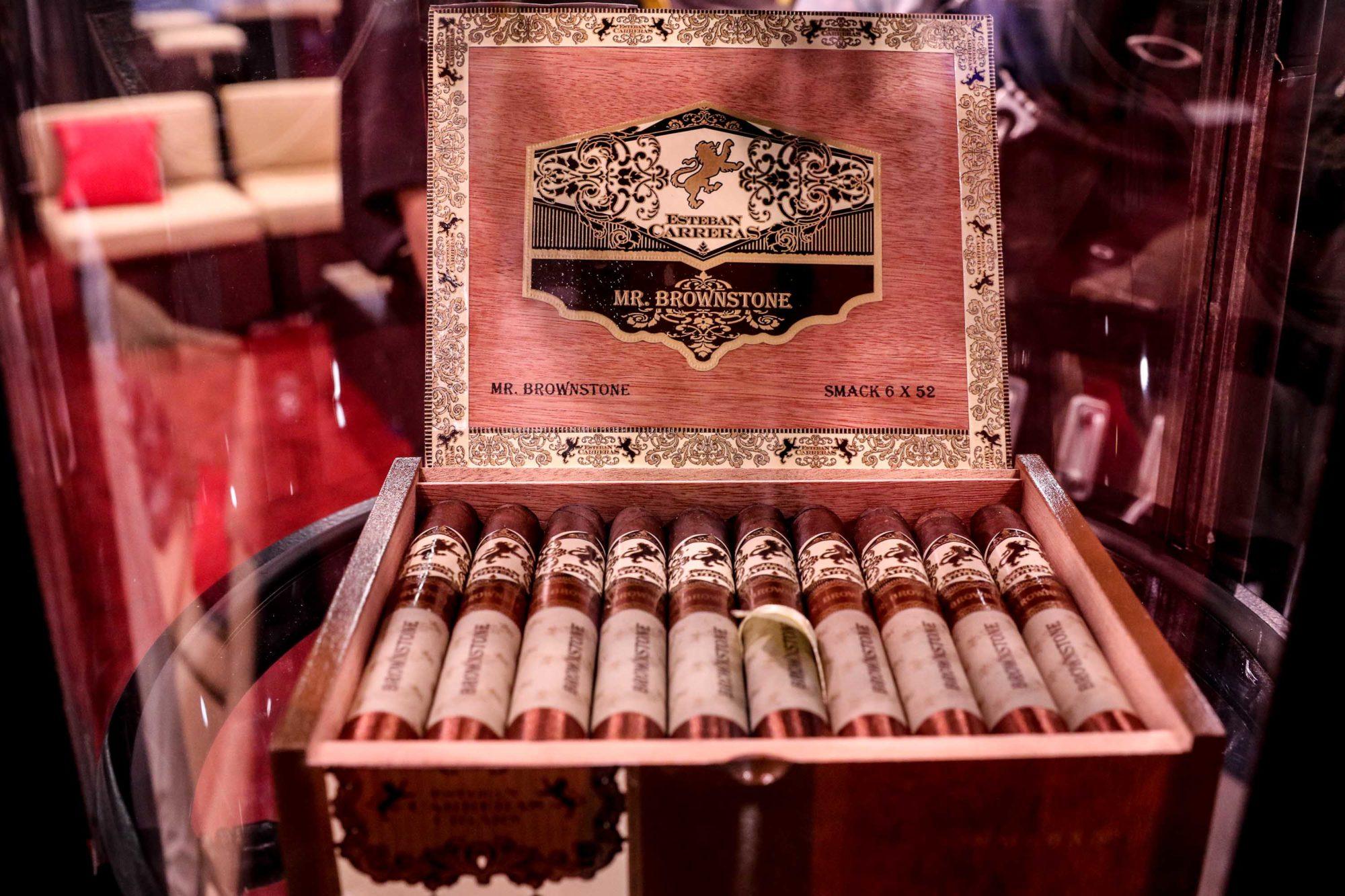 Craig Cunningham is notoriously secretive about the new cigars he shows off at IPCPR, and this year said that he was releasing a single new line that uses a broadleaf maduro and will be a continuous, albeit limited release.

“We have been collecting wrapper for this cigar for the last year,” he said. “That wrapper needs extra care and we are using only the best of it.”

The cigar is Mr. Brownstone, and yes, the name is a reference to heroin, as are the vitola names.