Last year was a big one for Cavalier Genève after the company entered the U.S. market as part of a distribution agreement with Dallas-based Cigar Art. In addition, earlier this year the company purchased Tabak Rhein in Geneva, Switzerland, which became the brand’s flagship store.

Sporting a much bigger booth compared to last year, Cavalier Genève was also showing off new releases in each of its two major lines: Black Series and White Series. While there was a totally different blend added in the Black Series, the White Series addition consisted of just one new vitola. 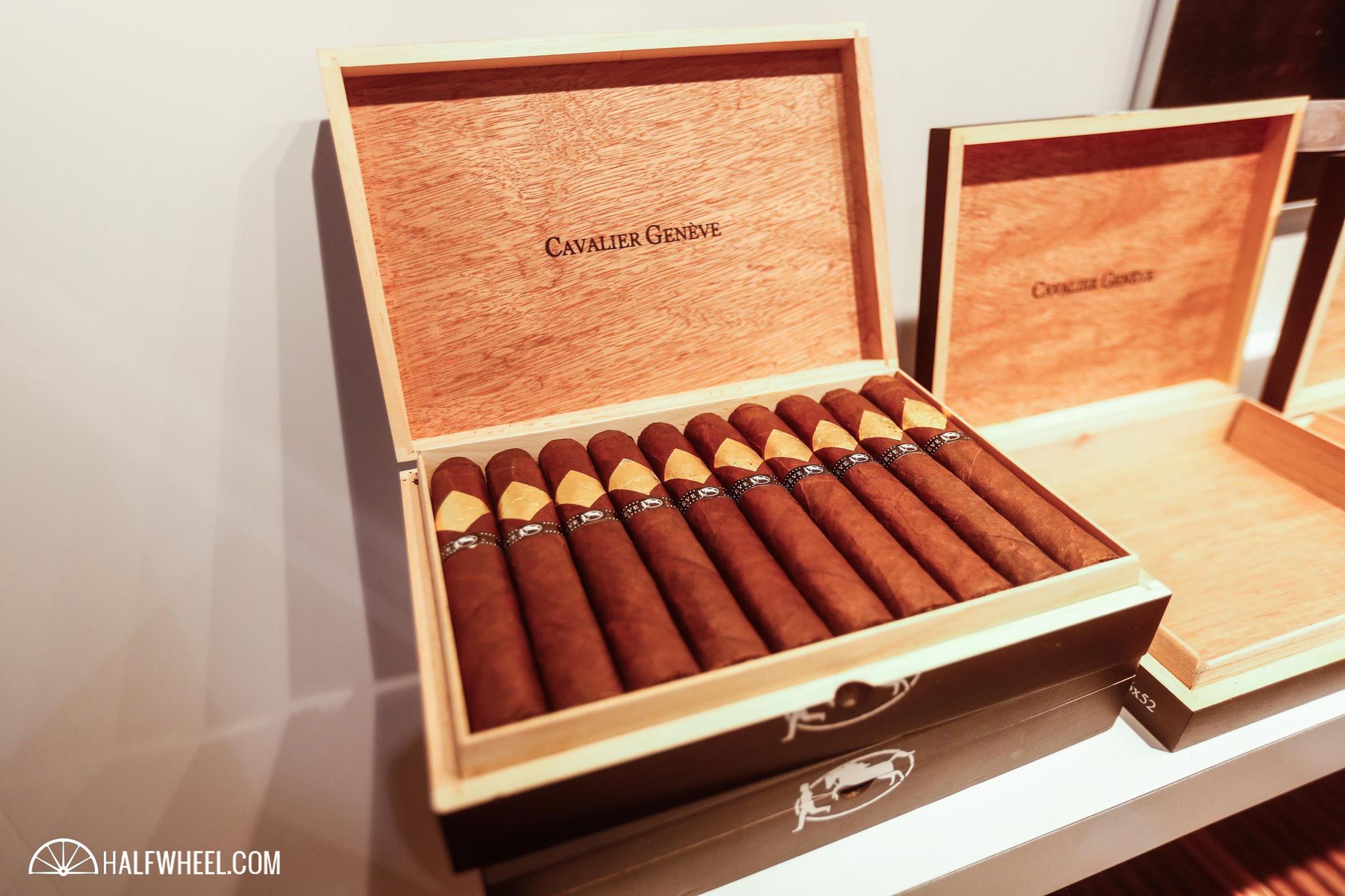 The distinctive gold leaf on its cigar wrappers is back, this time on a new box-pressed line named Black Series II. The release was produced to pay tribute to Tabak Rhein, a Geneva, Switzerland-based retailer founded in 1905 that Cavalier Genève acquired earlier this year. In addition to the new Black Series II,Cavalier Genève was showing off a new vitola in its White Series line, a Salomones packaged in 10-count boxes. It also features a gold leaf design on its wrapper and joins four other vitolas in the White Series line.