XIKAR’s booth is truly an accessory lover’s dream as it is filled with every current and new release in their extensive portfolio, in every color and every option that doesn’t involve doing something to it yourself. The company is celebrating its 20th anniversary this year, though most of that celebration was done in the first half of the year with the release of the company’s 20th Anniversary Xi cutters, though those were prominently on display as well. This is far and away the highlight of the XIKAR booth, a brand new design three years in the making that uses more gears than what you’ve seen before to generate an increase in the force of the double guillotine cut without any additional work on the user’s part. The blades maintain equal spacing inside the cutter at all times due to the planetary gear sets inside. It’s being released in four colors, with the blue version featuring a titanium nitride coating (known as PVD) on the 403 stainless steel blades that makes them unscratchable while offering the same performance as the other color options. All versions can handle up to a 64 ring gauge while also being able to make good cuts on cigars up to 70 ring gauge. A single flame torch lighter with a side squeeze ignition, the Xidris uses XIKAR’s Direct Inject flame technology to generate a consistent and steady flame. The ignition mechanism features a honeycomb traction pad, while an oversize adjustment wheel on the bottom makes it easy to fine tune the flame height. The auto-closing lid prevents debris from getting into the jet while not in use, and a large fuel window shows just how much butane is left in the tank. Earlier this month, XIKAR announced that it had entered into a long-term agreement with Boveda, Inc. for the production of portable humidification packs branded with the XIKAR name. The accessories company will also be selling the products through their sales force, which should further expand Boveda’s reach into humidors across the country and quite possibly beyond. The new packs look, feel and perform just like Boveda’s existing products, though they now come bearing the XIKAR name on the front. An updated take on the company’s well-known travel humidors, the Cigar Locker can hold 10 cigars and comes with a mini XIKAR Ash Can, plus has space to hold your accessories or other goodies such as a car key, egg crate foam protection, and ABS plastic construction with an airtight gasket seal, all for just $75. Building on previous releases with the same theme, this features an Xi1 cutter and Turrim lighter emblazoned with the “Don’t Tread on Me” word mark and imagery. $120 This set includes an M8 cutter and Axia lighter for $100.

A Volta Quad lighter and Xi2 are in this set, both featured in a sultry red finish. $180. One of the new color ways that XIKAR has been exploring lately, this set comes with an Xi3 cutter and Vitara lighter for $200. Originally released several years ago, these are back once again. A set of four will run you $100. 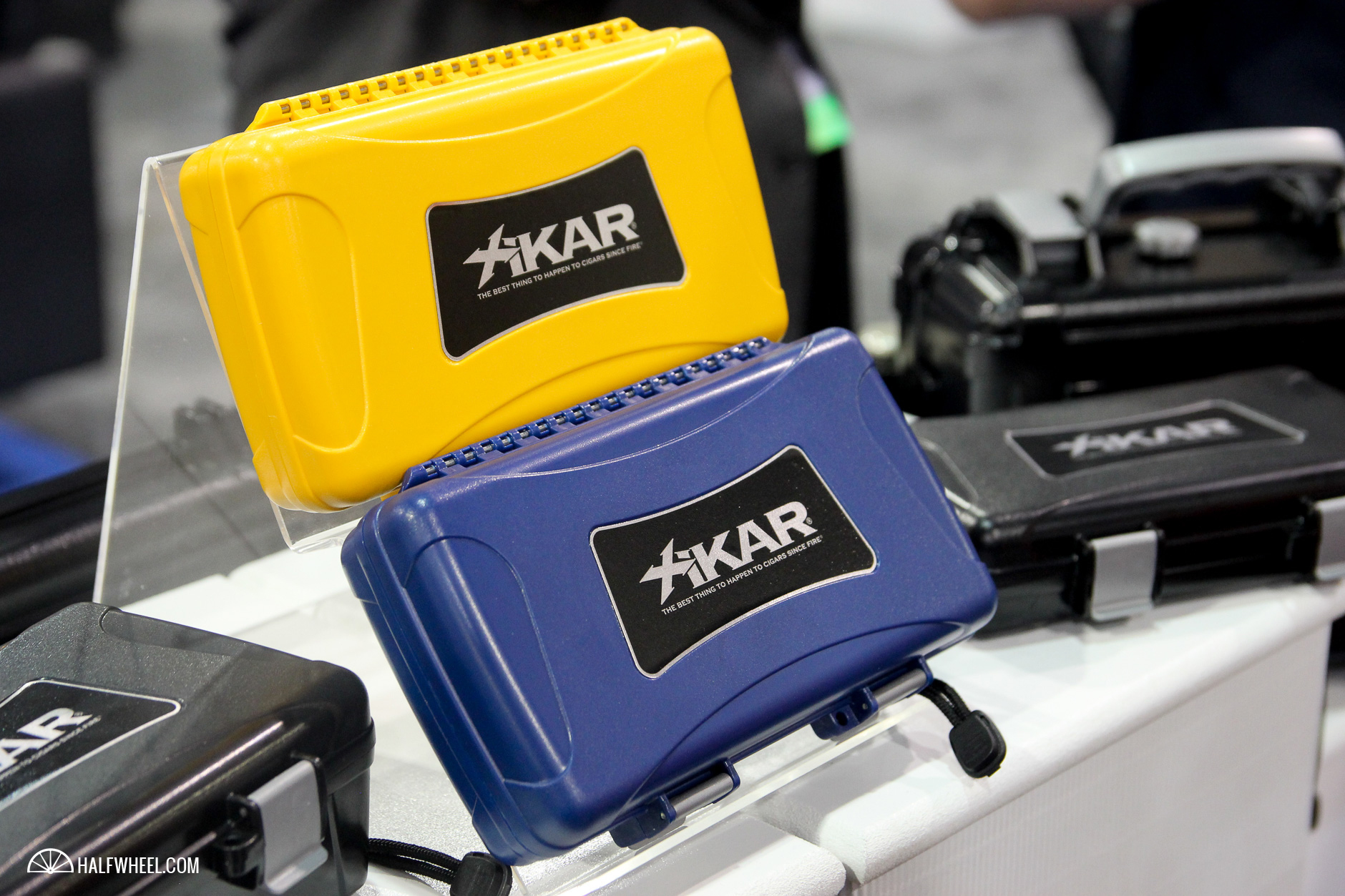 A staple of many cigar smokers, you can now get it in blue and yellow for $29.99.