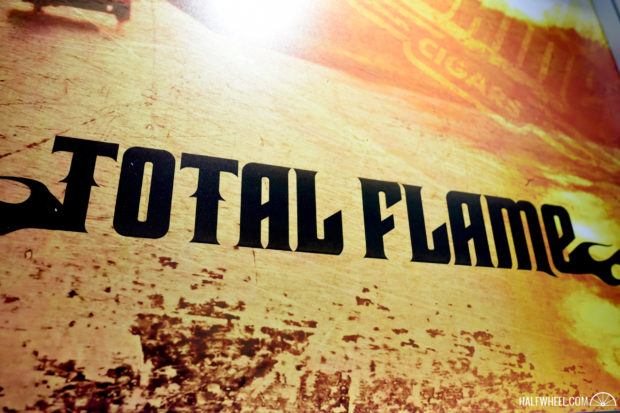 While the Total Flame booth was tucked away in the back row, I didn’t have trouble finding it as they still had a sizable display with their logo at the top of their booth. 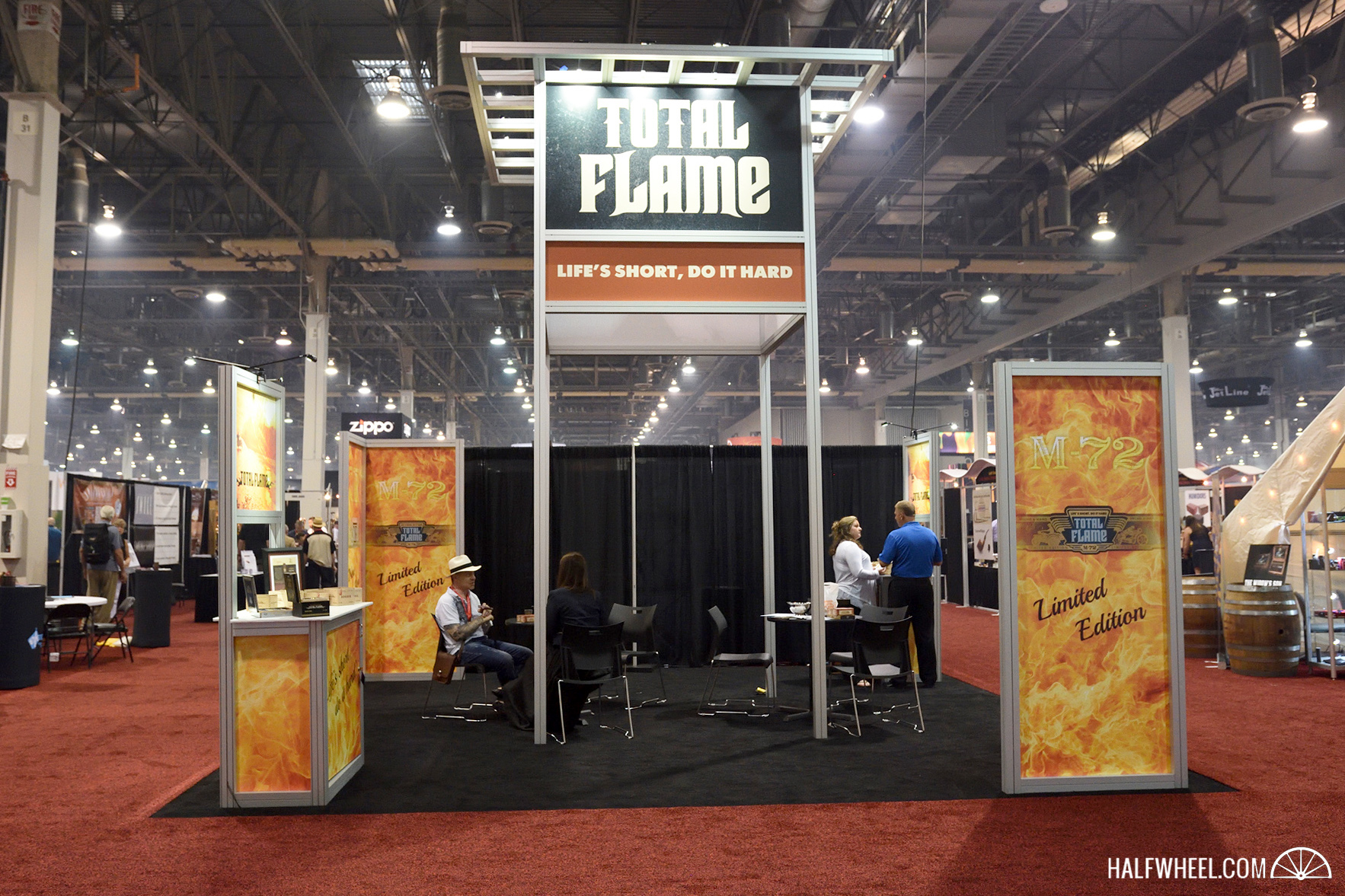 Total Flame was one of the few companies this year that seemed to just continue with business as usual. They didn’t go with the “nothing new” approach or the “everything new” approach—they just had two new releases to show off. 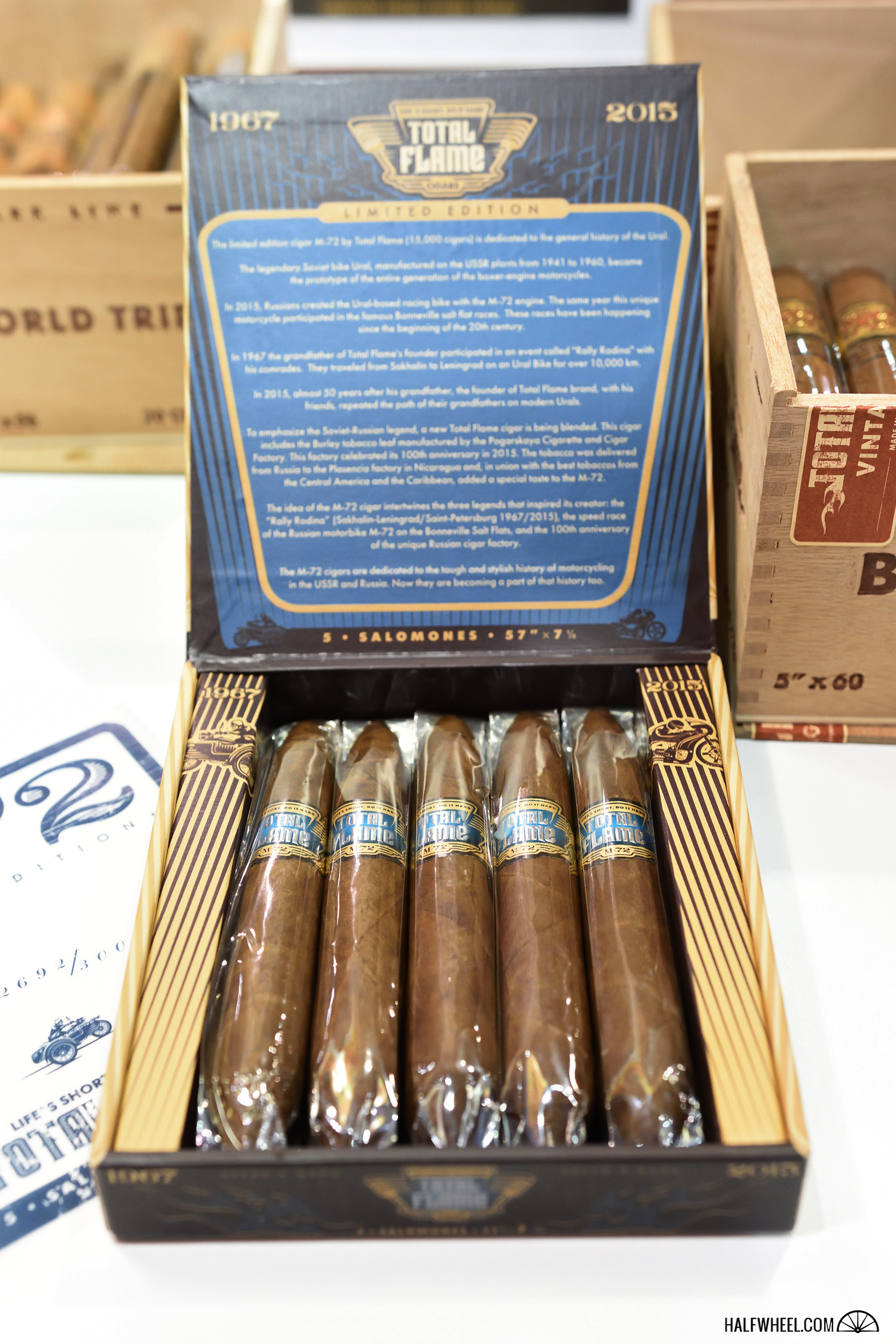 Not something you see everyday, but the M-72 is a cigar that has Russian tobacco used in the filler. The Russian tobacco is sourced from the Pogarskaya Cigarette and Cigar Factory, which is then sent to Plasencia Cigars S.A., where it is combined with Nicaraguan tobacco to create the M-72. 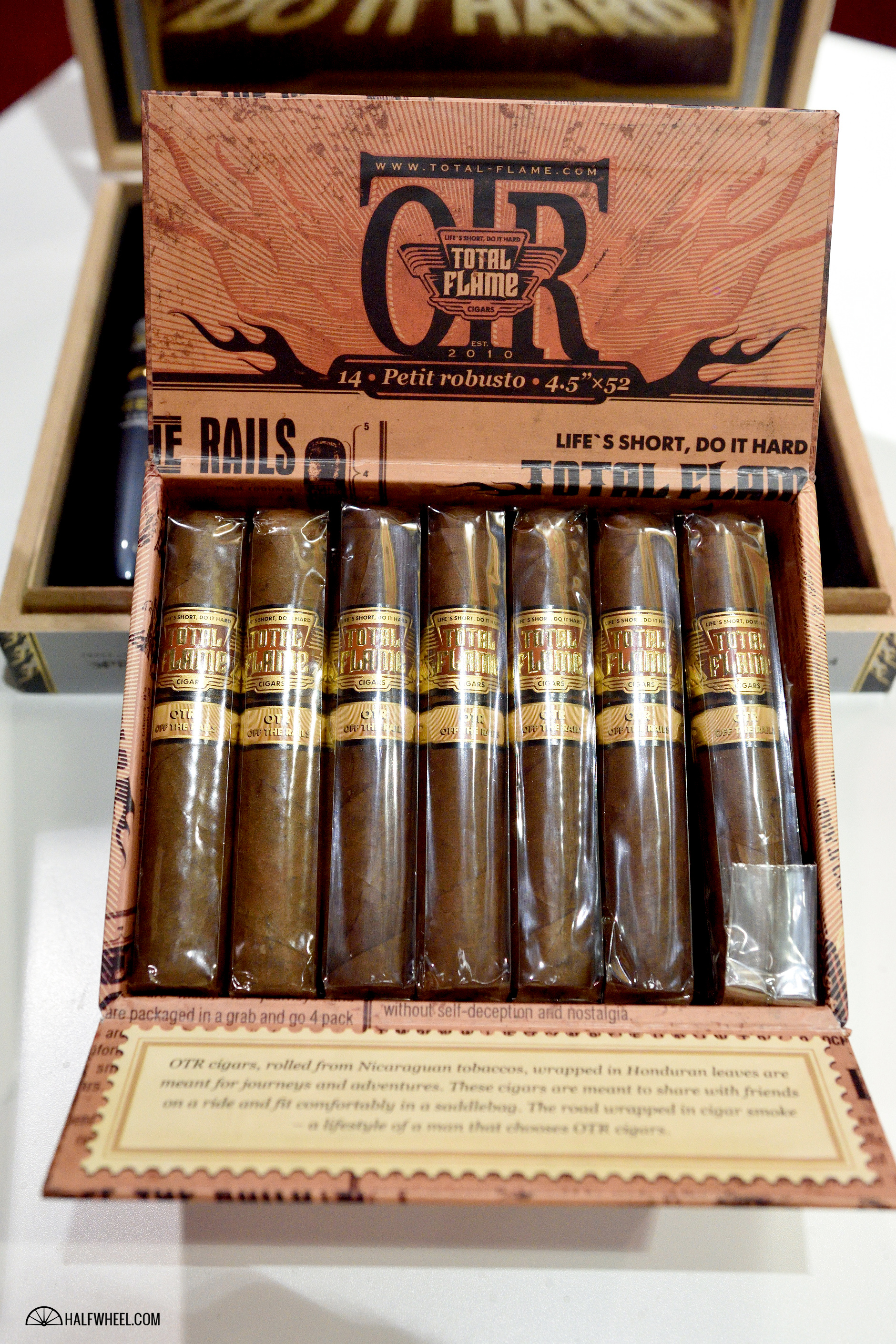 The OTR—short for “Off The Rails”—is something that Total Flame showed off a couple of years ago, but didn’t finalize up until this year. With some slight packaging changes, the cigar still has the same blend and size as we reported back in 2014. It is produced at the Plasencia Cigars S.A. as well.