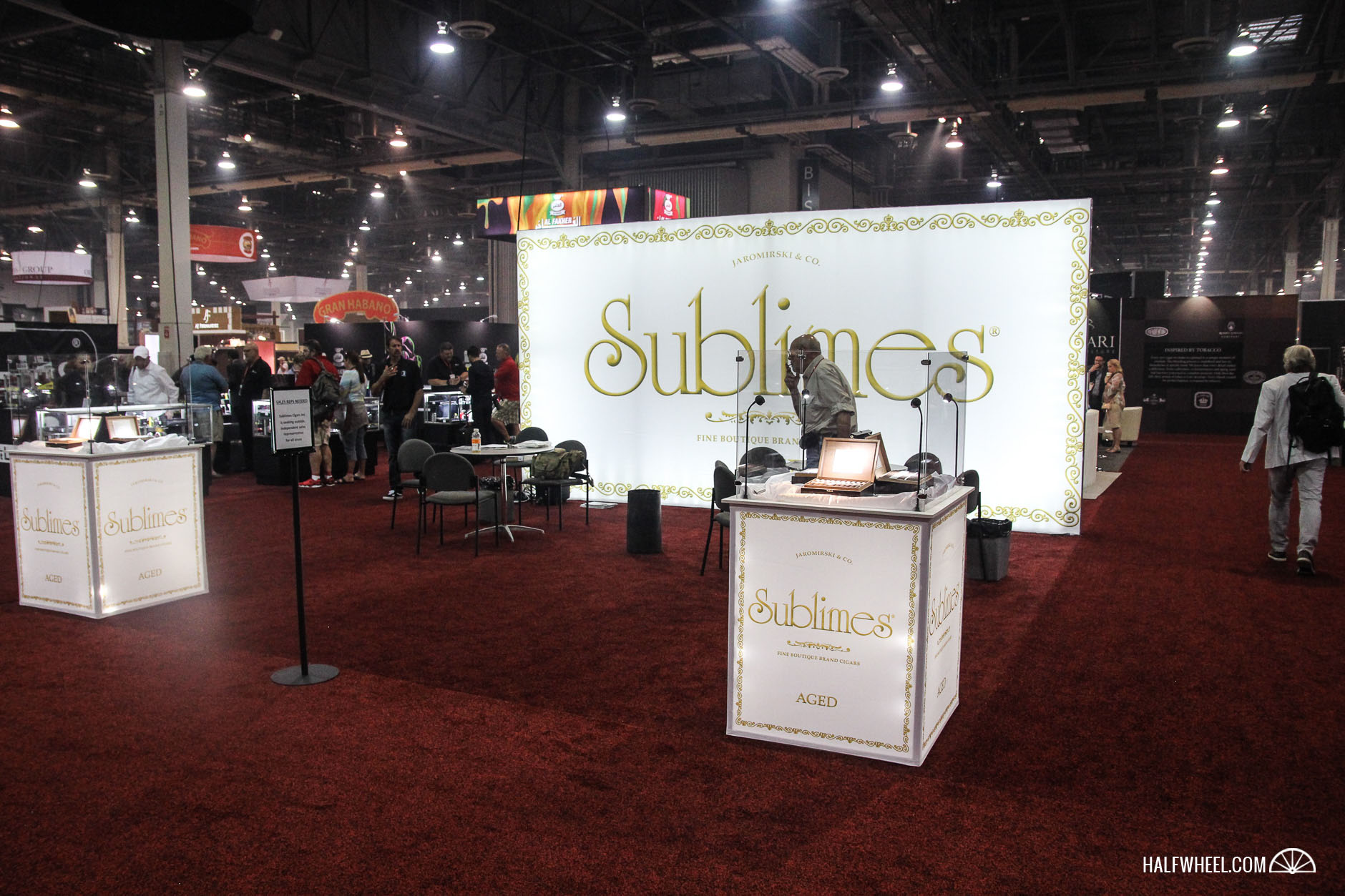 I can’t recall seeing any company at this year’s trade show with the ratio of space to cigars as Sublimes had. The spacious booth was home to just one new line extension to the signature line. Also of note, the company is hiring for independent sales representatives, if you happen to be interested. The newest addition to the Sublimes portfolio is a girthy torpedo vitola that is currently shipping. It keeps the blend the same as the rest of the line and is currently available to retailers after being announced at the end of March. It’s being made at Tabacalera AJ Fernandez Cigars de Nicaragua S.A. in Estelí.