The RoMa Craft booth was a great looking booth again, as always, and even though it was the first booth I visited when the doors opened, they were almost immediately busy. 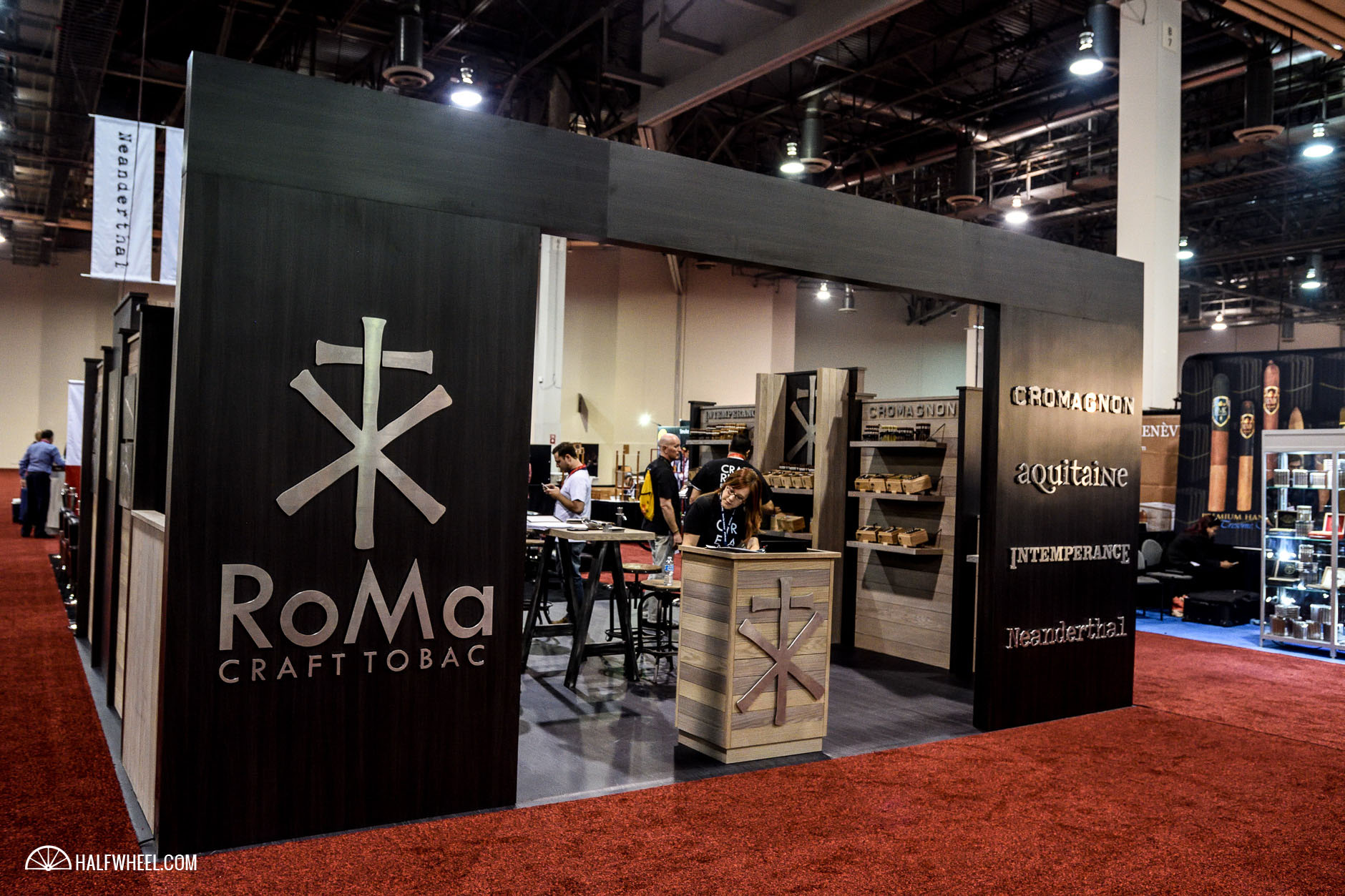 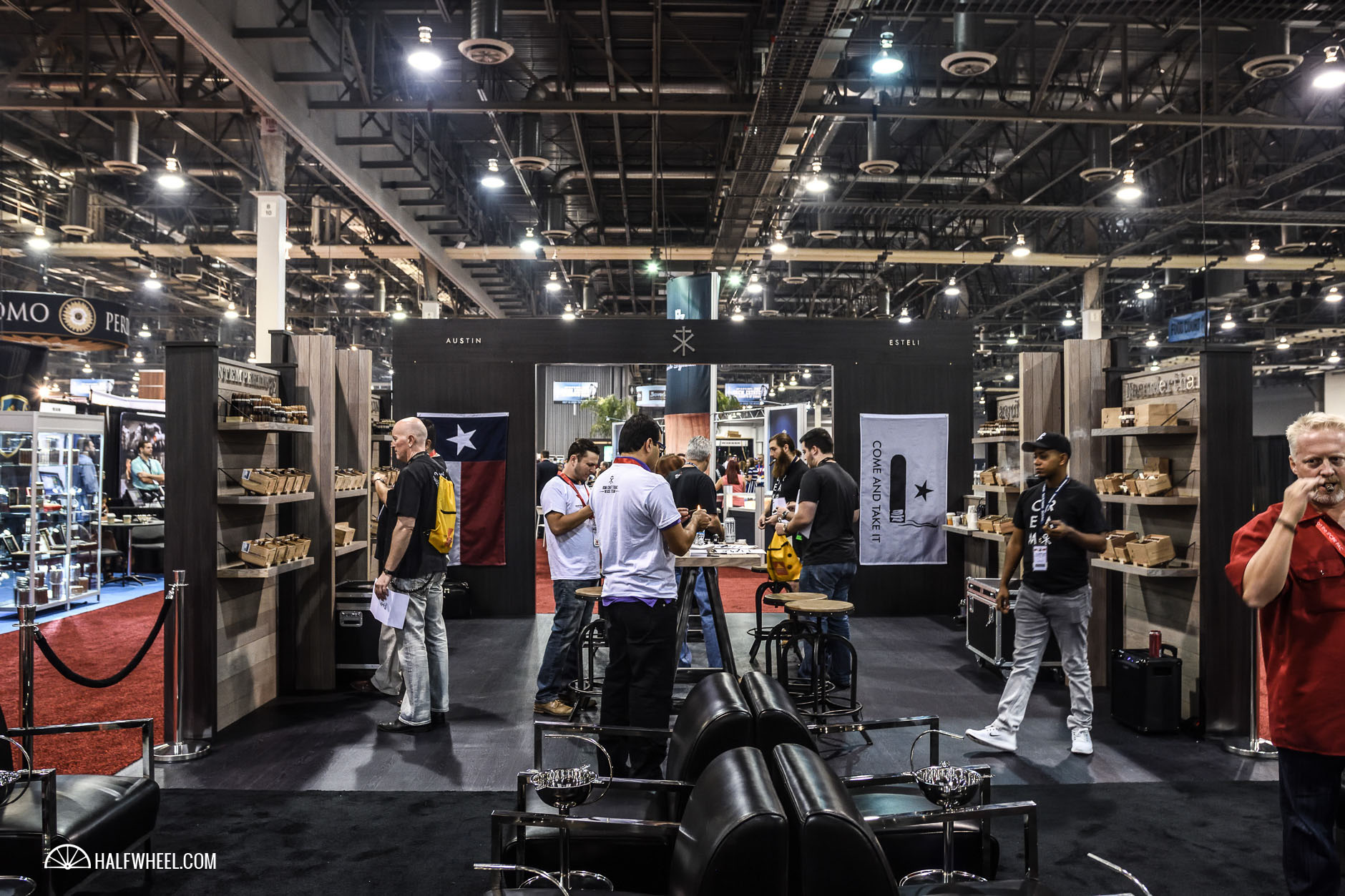 With plenty going on at the Fabrica de Tobacos Nica Sueño factory, you might think that RoMa Craft the brand would get lost in the fray, but there’s no rest for the weary and they had plenty to show off. RoMa Craft and XIKAR partnered together to create an accessory set for RoMa Craft’s fifth anniversary. Housed inside a 10 count Cigar Locker travel humidor, the accessories in the set include RoMa Craft Tobac-branded versions of the XIKAR Ash Can, Xi bottle opener, MTX cigar scissors and a new, unannounced XIKAR lighter. Pricing is set at $375 for the set. Also inside are 10 CroMagnon Timelines, a 6 1/4 x 50 109-style version of the CroMagnon line. These will be included in the set, but each retailer will have the opportunity to purchase an addition two bundles of 10 per Monolith set the buy. 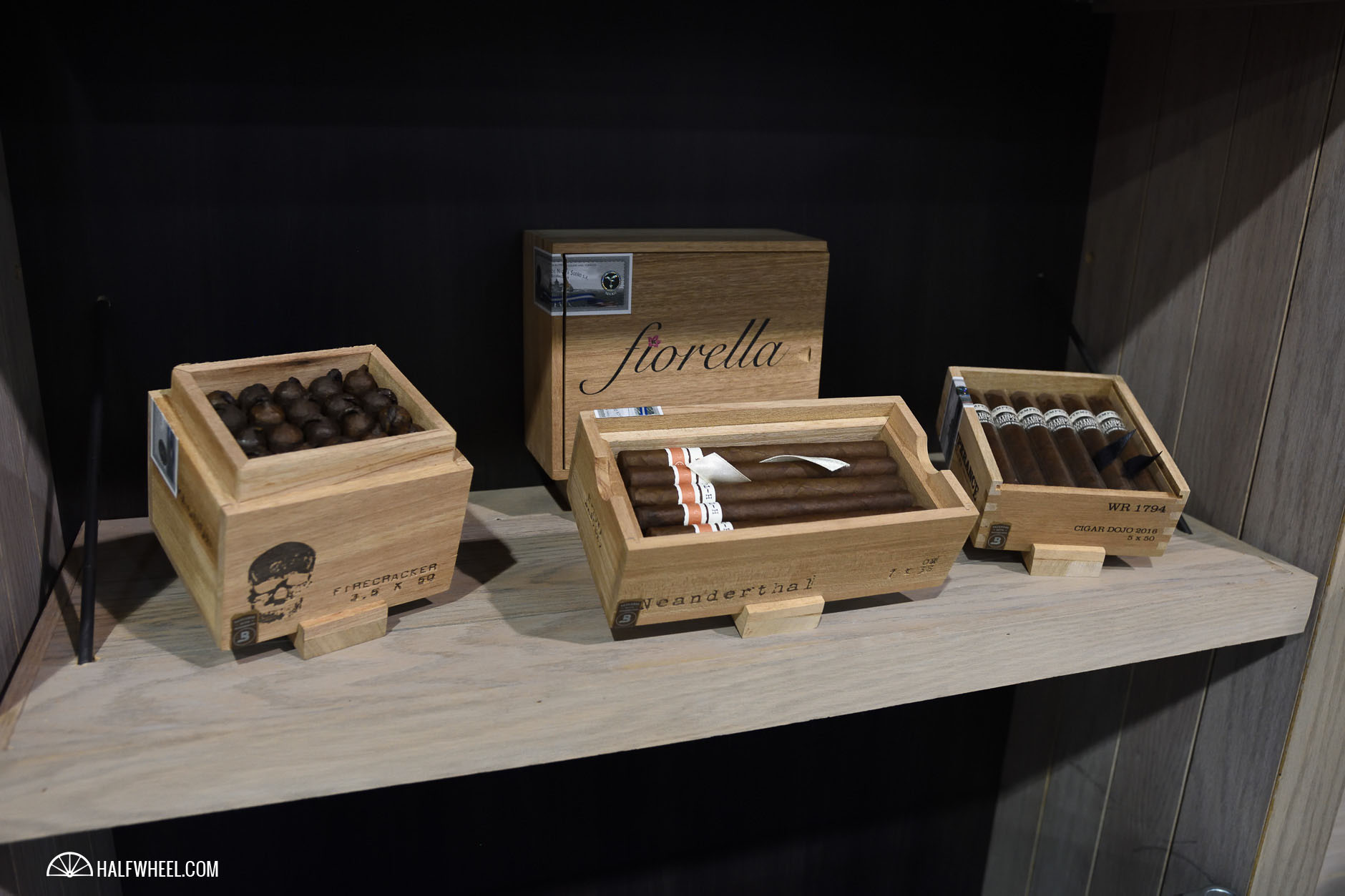 Also in the Neanderthal family is a the new lancero for STOGIES World Class Cigars in Houston, Texas. It’s part of their H-Town Lancero series. The WR 1794 stands for the Whiskey Rebellion, and is a tribute to the protests in the 1790s stemming from the new tax on spirits that George Washington introduced. Initially only offered in a 5 x 50 exclusively through Cigar Dojo, it is now expanded to the five core sizes of the Intemperance line which will be sold exclusively through Famous Smoke Shop for the first year of the release.