Nicaragua Cigar Distributors, makers of Santiago Cigars, rolled out one of the most interesting releases at the 2016 IPCPR Convention & Trade Show, at least in my opinion, the Double Shot Energy Cigar. 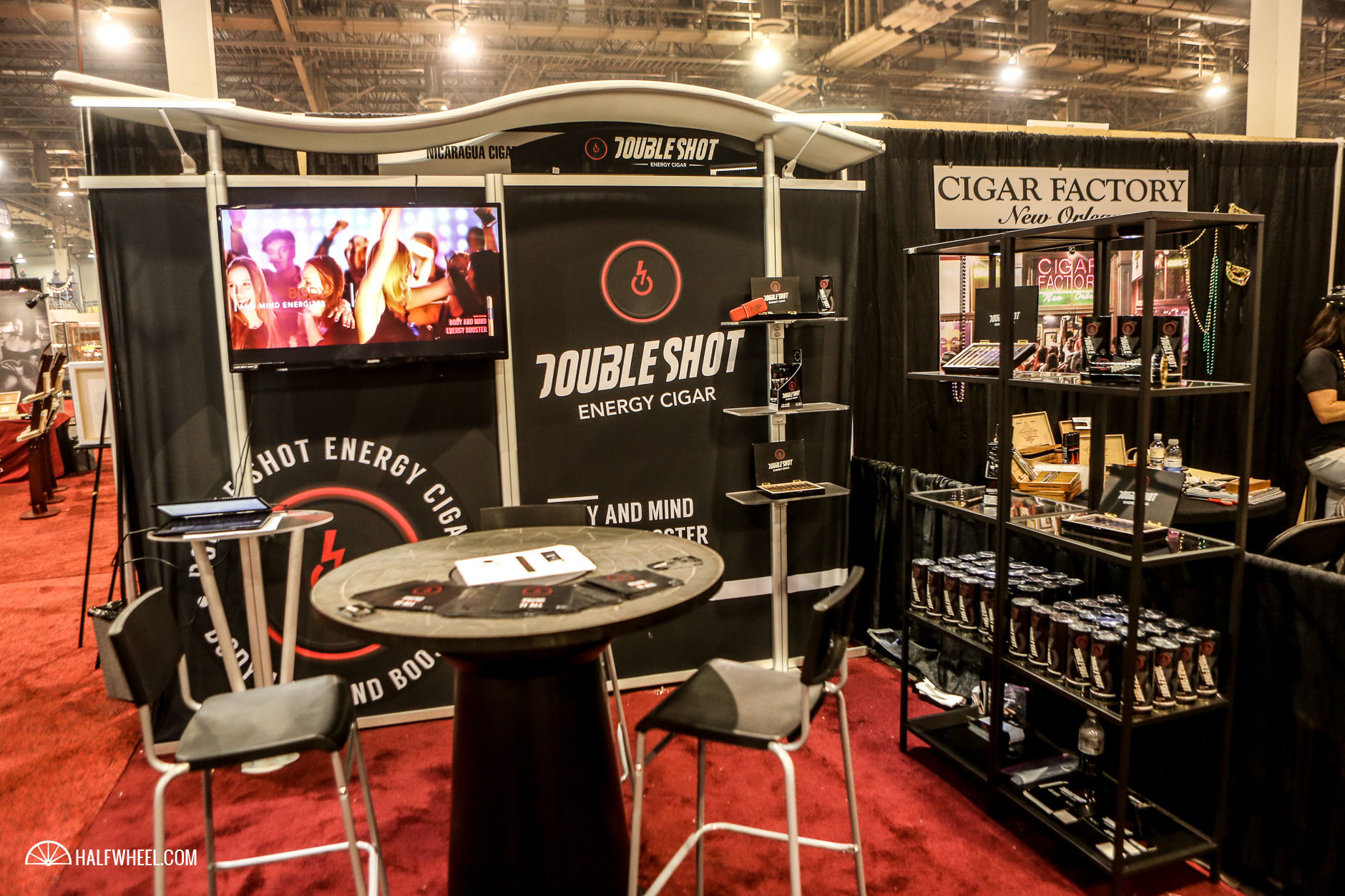 Dubbed the “Red Bull in a cigar”, the company says that the Double Shot Energy Cigar has FDA-approved active ingredients such as caffeine and taurine applied to the binder in a tasteless form that the company assured me would give a boost of energy as the cigar is being smoked. Interestingly, the cigar will be available in two different versions, with the first being a premium incarnation that is made up of an Ecuadorian habano wrapper, an unspecified binder — where the special ingredients are added — and Nicaraguan filler tobaccos. It will be sold in four different vitolas ranging from $7.50 to $9 each, and will be packaged in either 10-count boxes or 8-count tubes. Along with the premium version, Nicaragua Cigar Distributers will also be releasing a 4 3/16 x 32 short filler version of the Double Shot Energy Cigar for the mass market channels that will be sold at gas stations and similar locations. This version is made up of short filler tobacco and come individually-wrapped in boxes of 25.