There was certainly no question about how Danny Moya and Nelson Ruiz felt about the new FDA regulations of premium cigars that are about go into effect; in fact, it spurred the evolution of a MoyaRuiz event-only cigar into a regular production release that helps raise funds for Cigar Rights of America. In addition, the pair showed off a new limited edition and two new lines, one under the La Jugada moniker and one that builds on the theme of playing games. 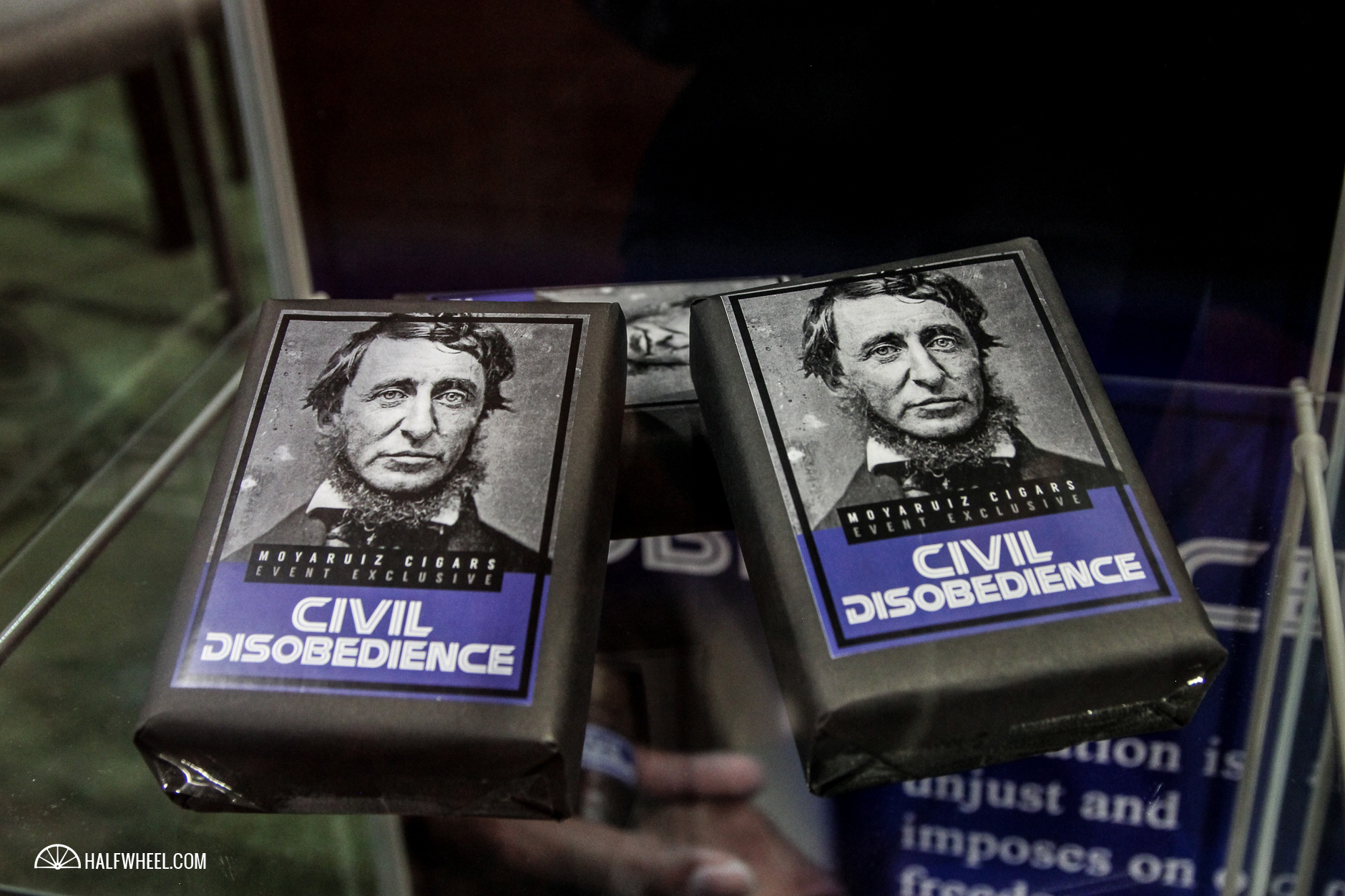 Launched as an event-only cigar in June that was a response to FDA regulation of premium cigars, Civil Disobedience is now a regular production line offered to all MoyaRuiz retailers. It retains the same size, blend and pricing and a portion the sales will be donated to Cigar Rights of America. Released as a collaboration with Cigar Dojo, Dim Mak is the third—and likely final—cigar in a series that gets its inspiration from Asian and martial arts themes and includes the La Jugada Nunchuck and Chinese Finger Trap. This limited edition goes on sale via a pre-sale that starts Aug. 5 and will be facilitated by JR Cigar. Should any boxes be left after the sale period facilitated by Cigar Dojo, other retailers will have the opportunity to carry the cigar. The name means “the death touch,” and refers to an ancient technique that was said to cause death or delay death using only the hand to strike one of the body’s vital points. Building on the theme of naming cigars for games such as dominoes and poker, MoyaRuiz’s new line is Il Ridotto, Italian for the private room, where many games are played. “We wanted to go back to the roots of gambling,” said Danny Moya, co-owner of MoyaRuiz Cigars, “that’s where the inspiration came from, to really tell the story of gambling, which Americans love so passionately.” A new, lighter offering from MoyaRuiz, the La Jugada Claro was released at the start of July to existing accounts. It’s the first time the pair have used a Connecticut wrapper, with production once again handled by La Zona Cigar Factory in Estelí, Nicaragua.