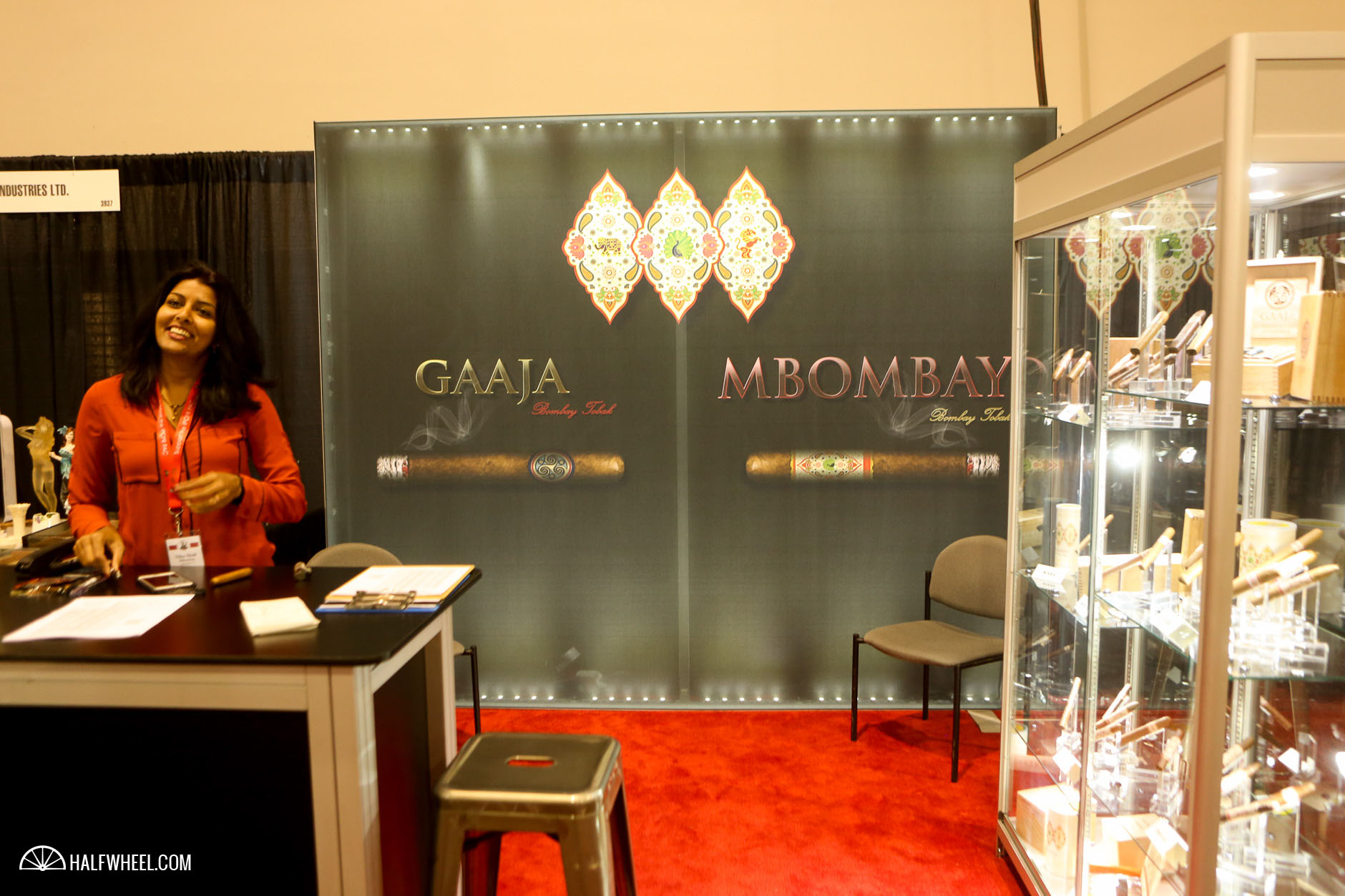 Although the company was showing off the recently released Gaaja, it also had some surprises up its sleeve, including a never before seen blend in a larger lancero vitola. 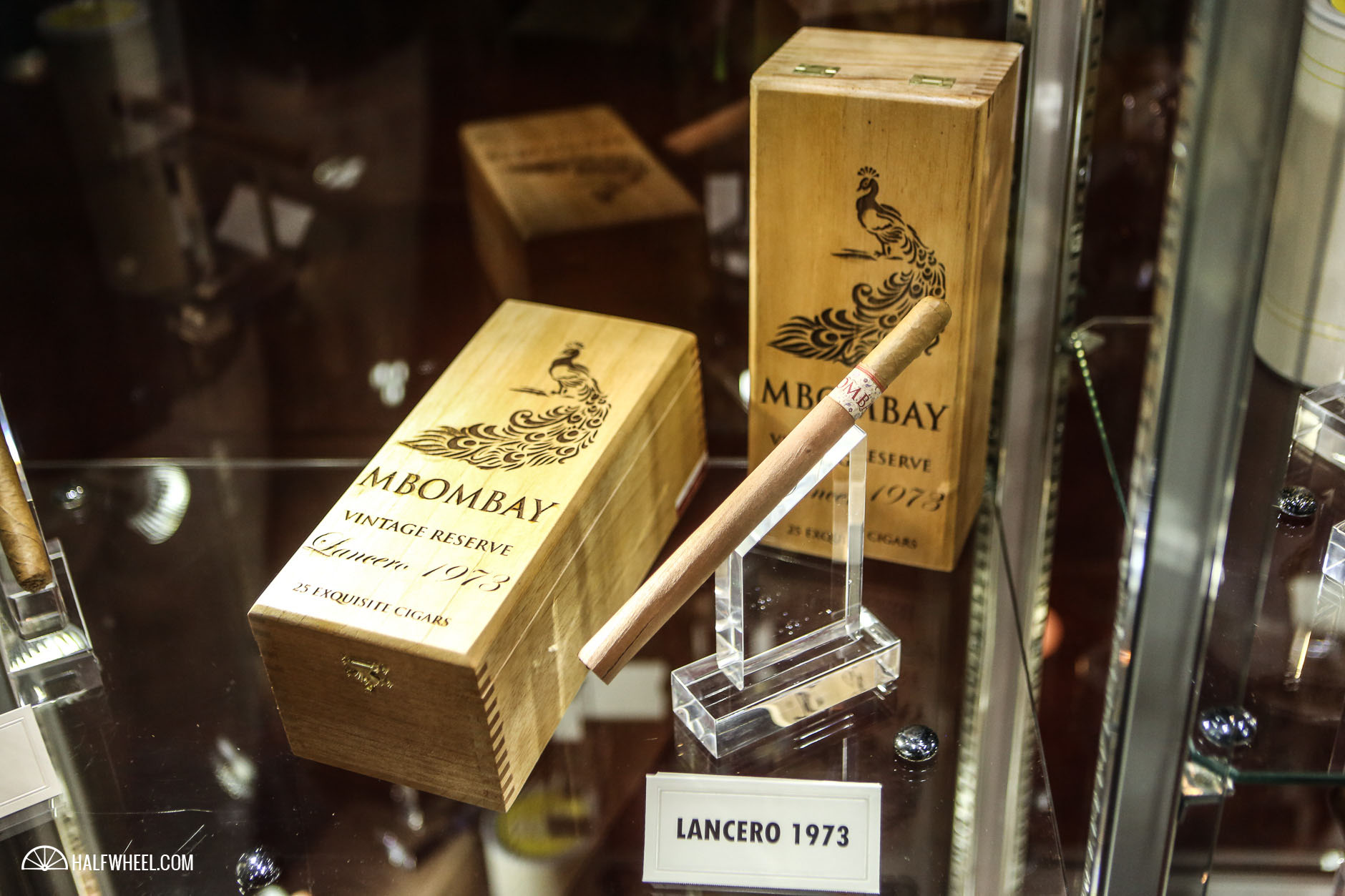 MBombay Vintage Reserve Lancero 1973
The first new cigar is the MBombay Vintage Reserve Lancero 1973, an 8 1/2 x 38 cedar-wrapped lancero  that is made up of an Ecuadorian Connecticut wrapper, a Dominican binder and filler tobaccos from the Dominican Republic and Peru. According to owner Mel Shah, all of the filler tobacco in the new blend is from before 1970 and the year 1973 in the name refers to the year that he was born. Only 560 boxes of 25 were produced, and each cigar carries and MSRP of $13.50, with boxes shipping immediately after the show. 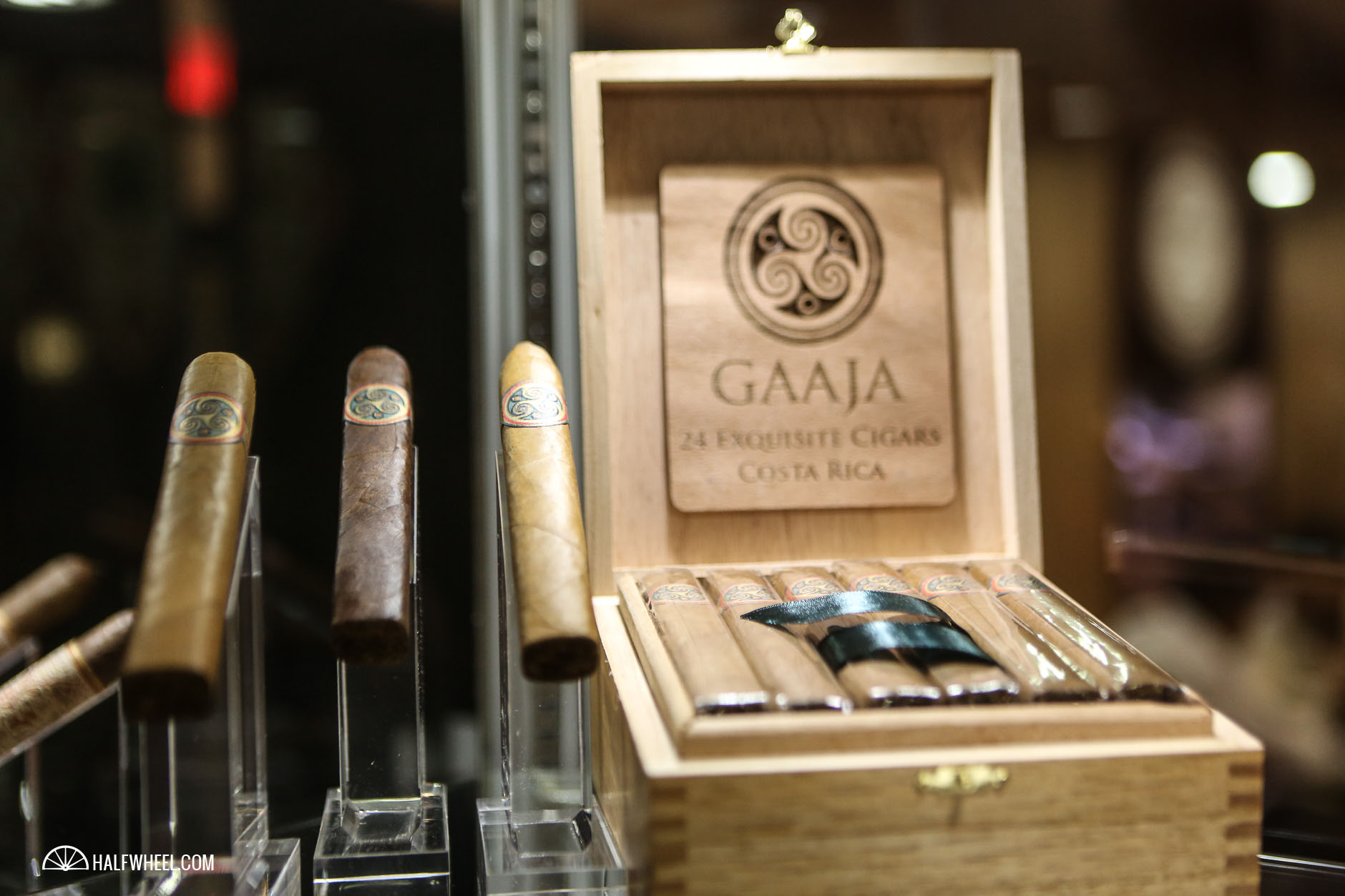 MBombay Gaaja Maduro Torpedo
After the success of Gaaja, it was almost a given that there would be a new wrapper in the same cigar, and that is exactly what happened. The Gaaja Maduro Torpedo is covered in a Brazilian mata fina wrapper, along with an Ecuadorian HVA binder and filler tobaccos from Ecuador, the Dominican Republic, Paraguay and Peru. The first size in the new blend will be a 6 1/2 x 54 torpedo carrying an MSRP of $15.50 each, but other sizes are planned. 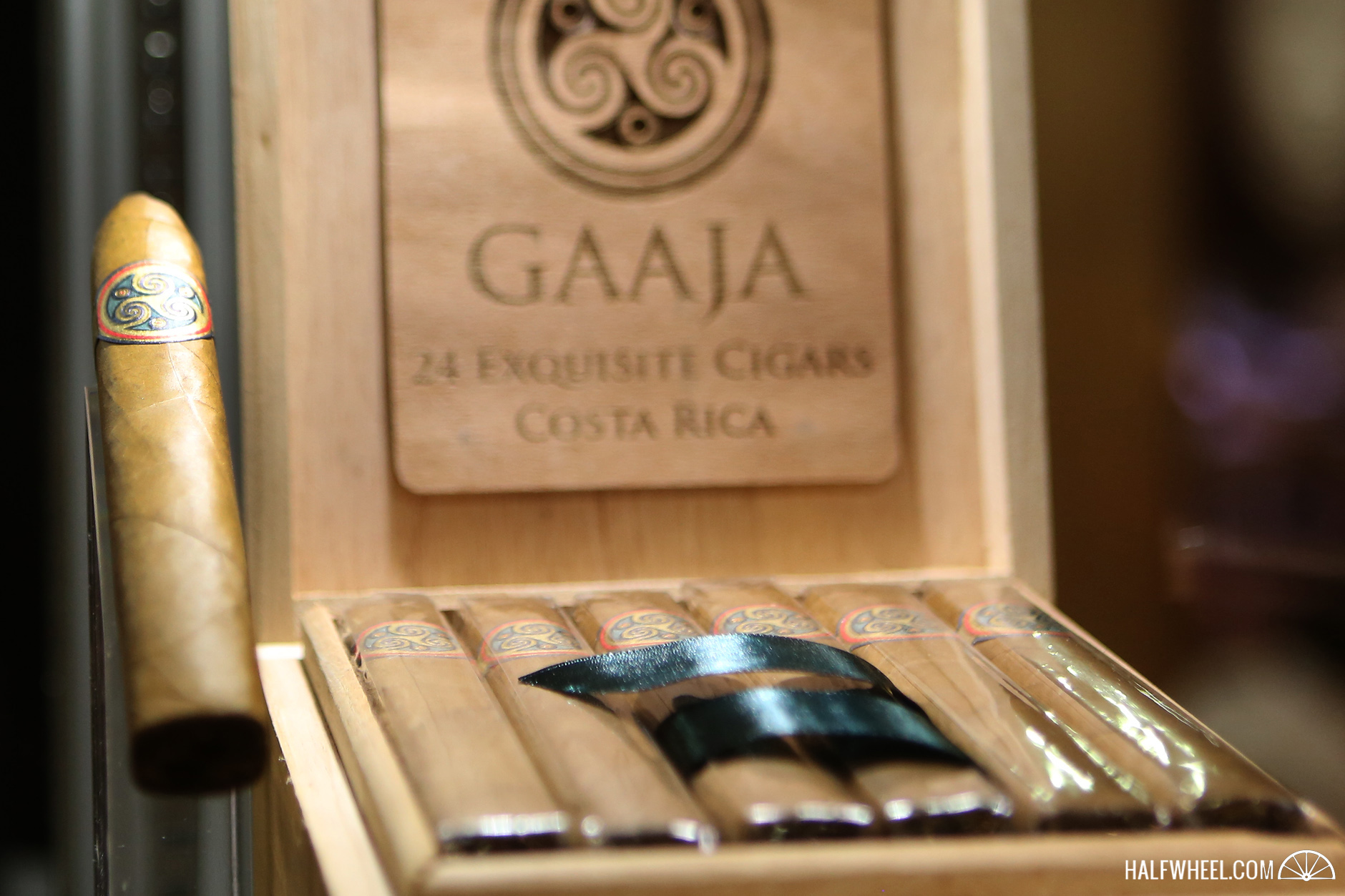 Finally, MBombay is showing off the a new Gaaja vitola in the same size as the Gaaja Maduro, a 6 1/2 x 54 torpedo sold in boxes of 24 that are scheduled to ship in November.