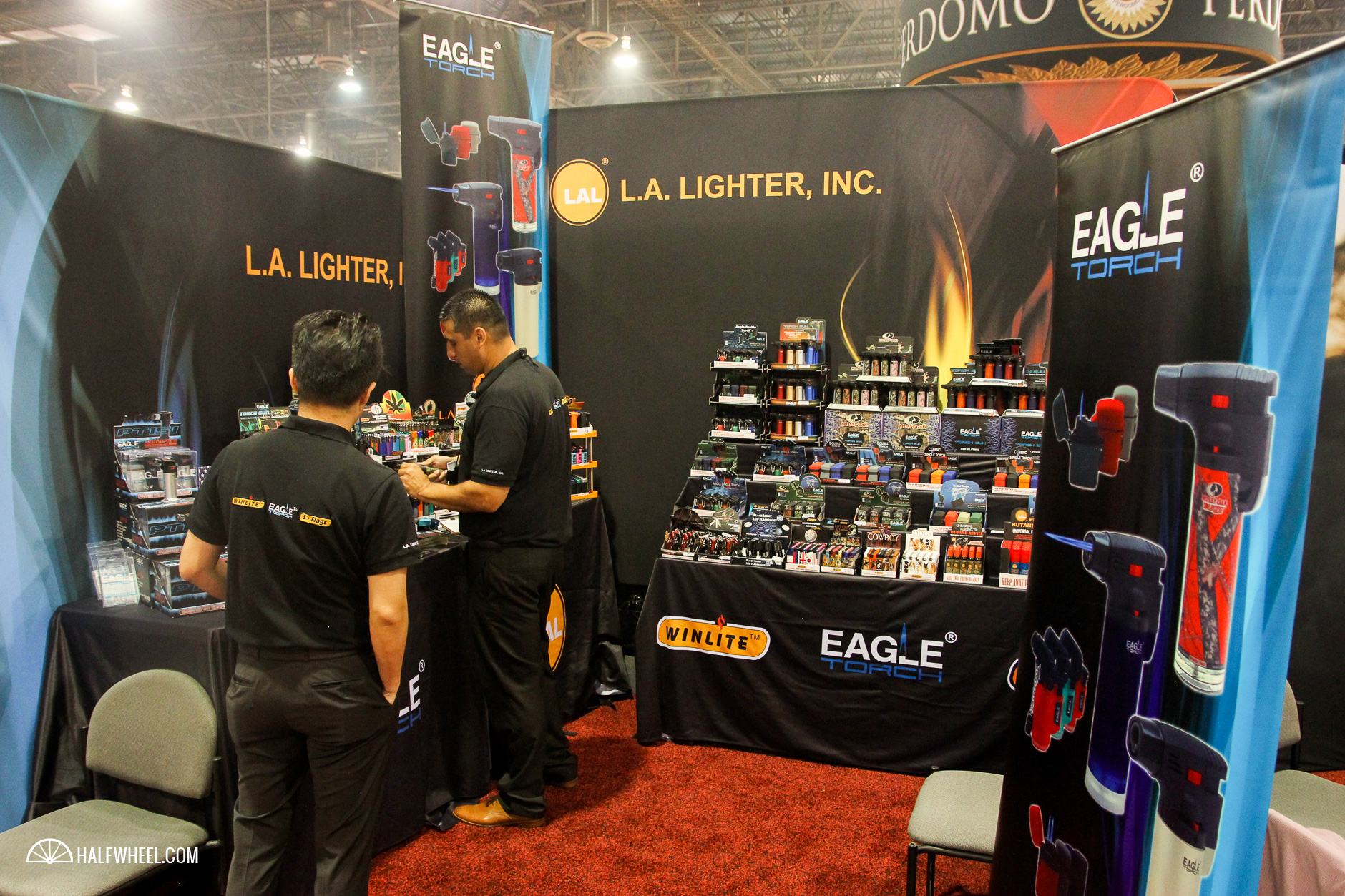 L.A. Lighters isn’t the most well-known in the premium cigar world, but the company offers a number of low-cost lighters that will certainly do the trick the next time you need to light up a cigar. As you can see they offer an absolute ton of options, both in terms of design and functionality. The company’s Eagle brand is the one you’re most likely to come across in stores. A single jet pen torch, it features a sizable tank and shape that could easily fit in your travel humidor and serve double duty in a number of applications. This display shows the four camp-themed options, while there are numerous other colors and styles available. For something with a little more firepower, there’s the Eagle PT151, a familiar shape for a versatile torch lighter. A basic but highly functional torch lighter, the company recently added a number of new designs, including this set of American-themed lighters. Another familiar shape if you’ve explored the world of lighters, offering a sizable fuel tank that will have you burning through several days’ worth of cigars. There are a number of color options, including this bright neon set. It’s safe to say we’ve all found ourselves smoking a cigar but without a place to properly dispose of the ashes; these little reusable pouches aim to solve that. You can tuck one in your travel humidor and when you’re done, seal it up and it keeps all the odors inside. These models are a bit small for a premium cigar, but if you prefer smaller formats it could certainly do the trick.