Although Kristoff Cigars’ booth was the same this year, it seemed a bit more open to me for some reason, most likely due to the location it had on the floor, where one end was not next to another booth. 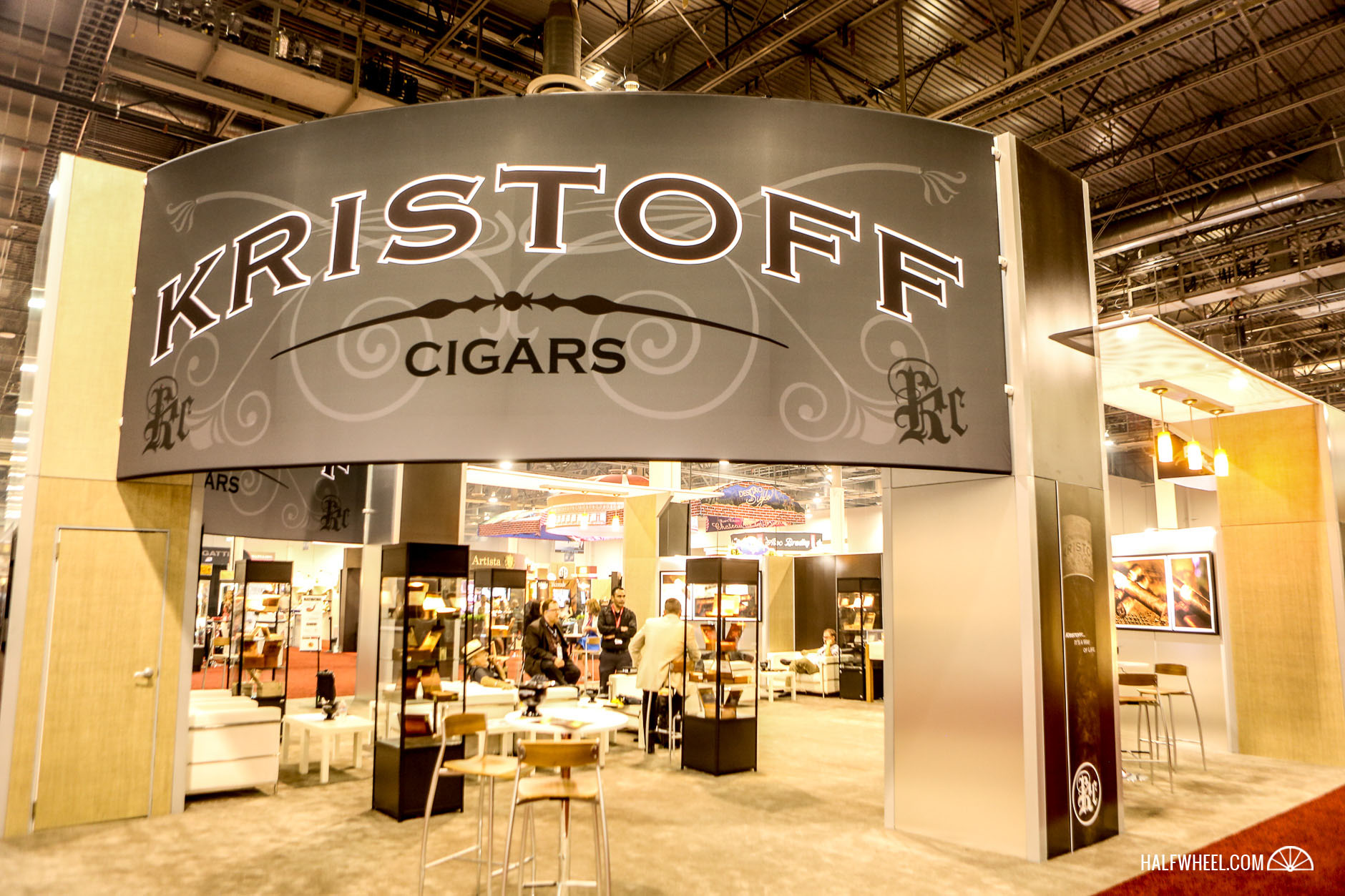 In terms of product, while owner Glen Case was showing off the Kristoff Connecticut and the Kristoff Habano—both of which shipped to retailers in June—the company’s newest cigar named Pistoff Kristoff was front and center. Case assured me that this release had nothing to do with the FDA, but was instead an idea from a fan of his cigars that he ran with, albeit with a different spelling. The blend is a combination of a Mexican San Andrés wrapper covering an Indonesian binder and Nicaraguan fillers, and is shipping to retailers now. There are four different vitolas being rolled at the Charles Fairmorn factory in the Dominican Republic packaged in boxes of 10.