In recent years, Gran Habano has rolled out a booth that I always find to be one of the most distinct on the floor, not particularly for its design or layout but for the illuminated red and white panels that line the sides. I’m not sure what it is, but they just call me in. 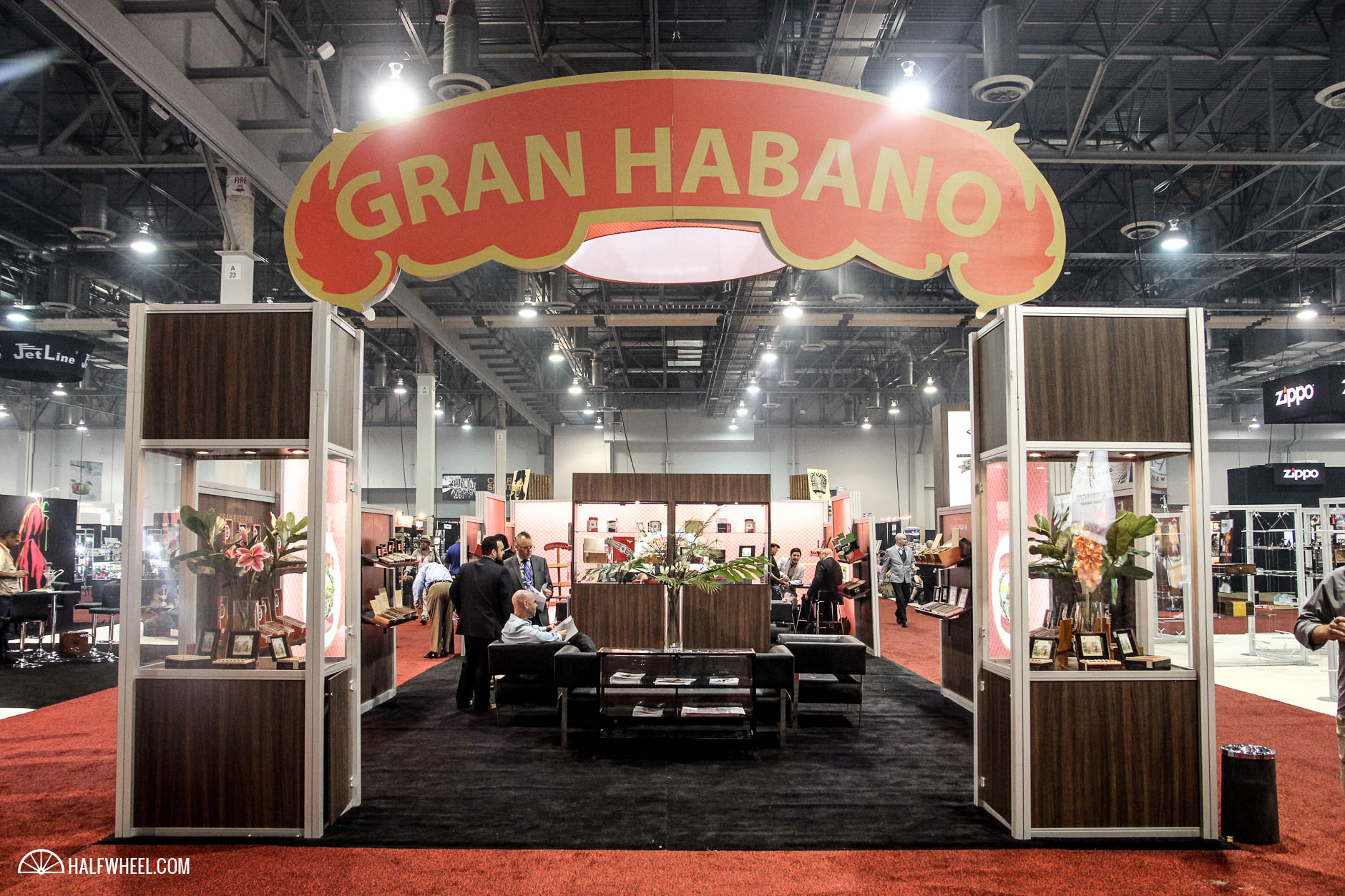 Gran Habano has been working on and announcing its new releases since almost the first of the year, with a few having already hit the market. The company has one completely new line, an extension to its Persian King line, some new sizes for its core lines and a pair of samplers. 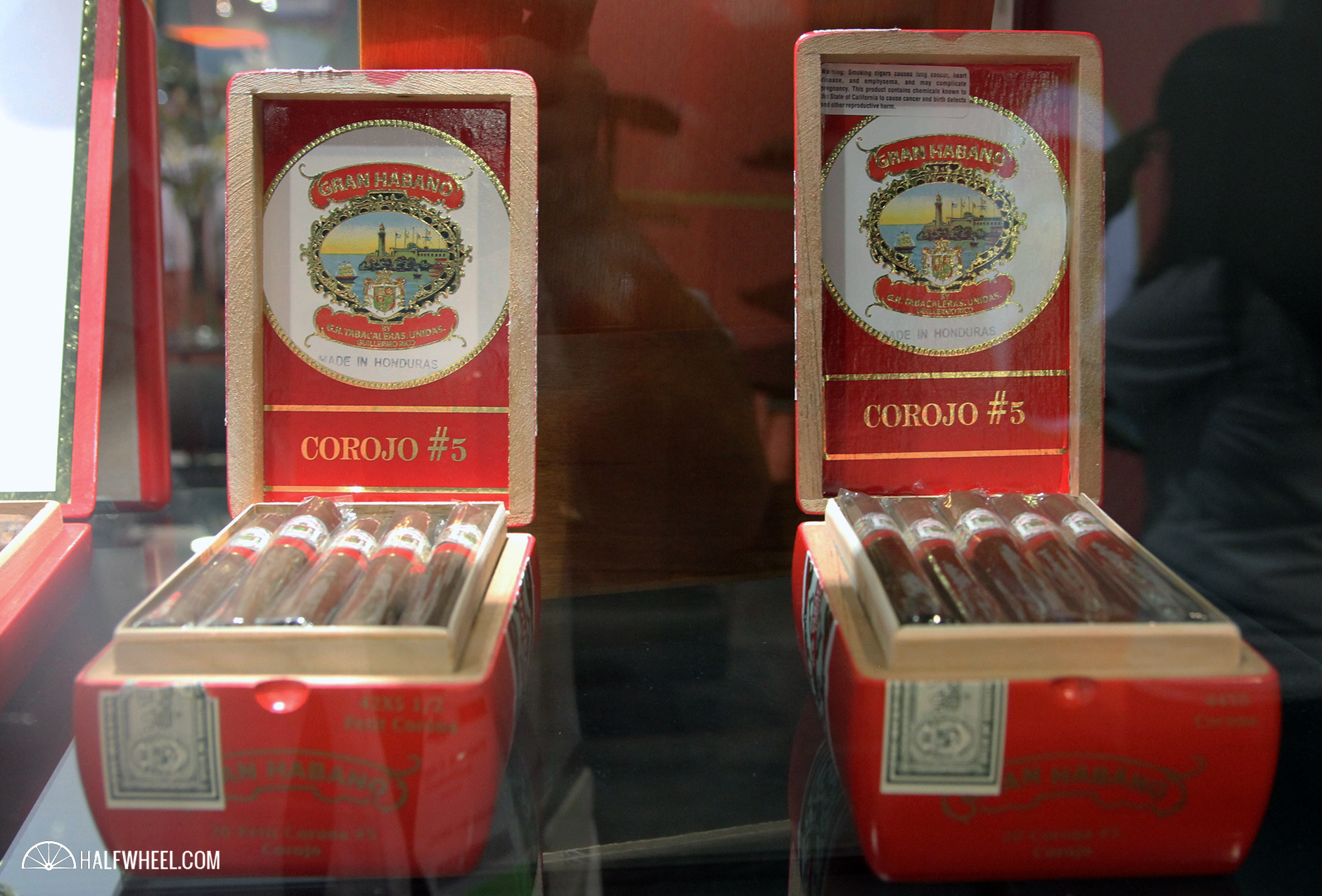 Gran Habano announced that new, smaller sizes would be added to its Corojo #5 line several months ago, but they would first make their debut via a the La Colección de Elegancia sampler. Now, they will be available on their own. 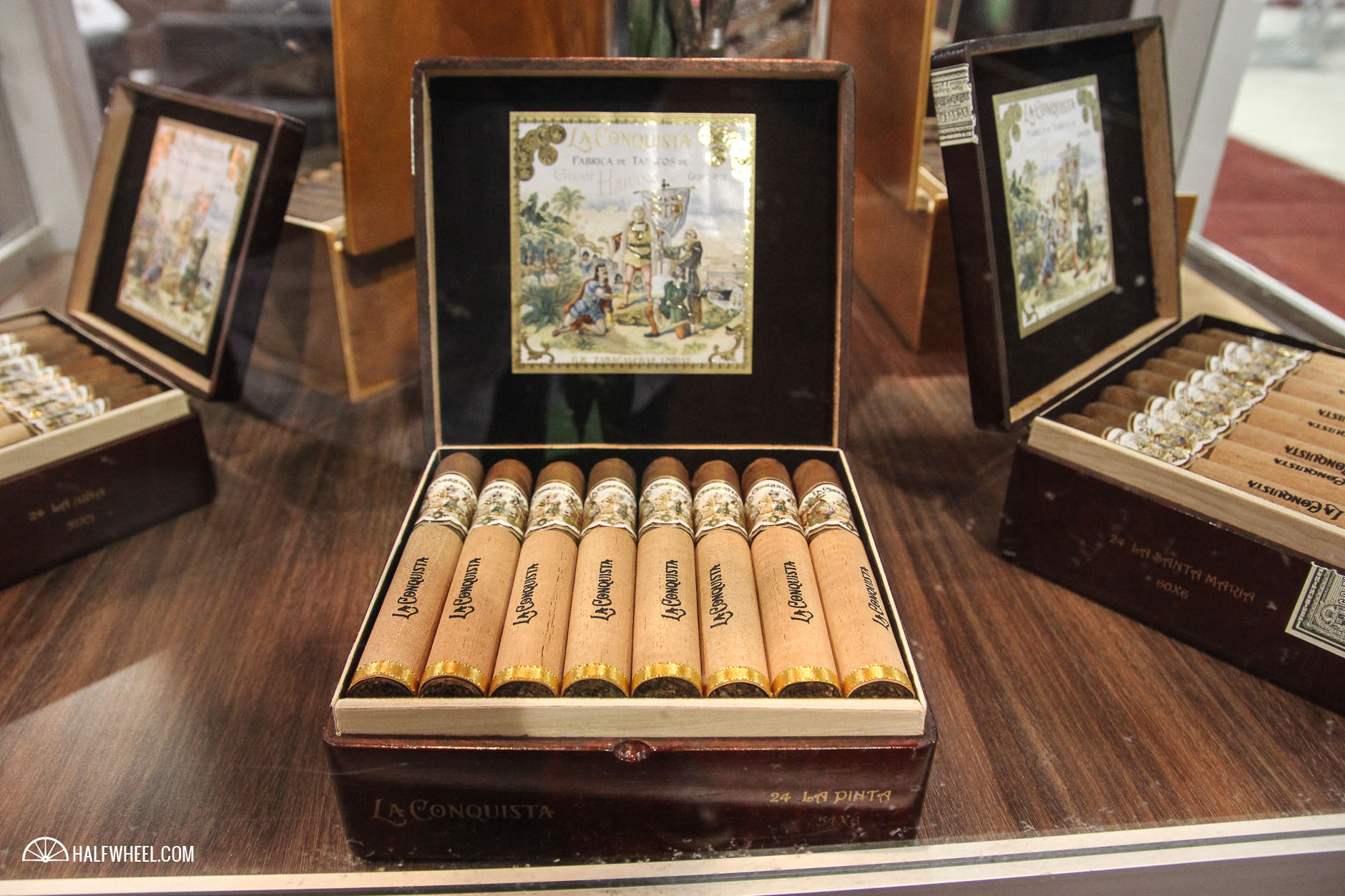 La Conquista, one of Gran Habano’s new blends, has been on the radar since December 2015, and it began shipping prior to the show. It’s a traditional-style cigar, with production handled by the company’s G.R. Tabacaleras Unidas S.A. factory in Honduras. 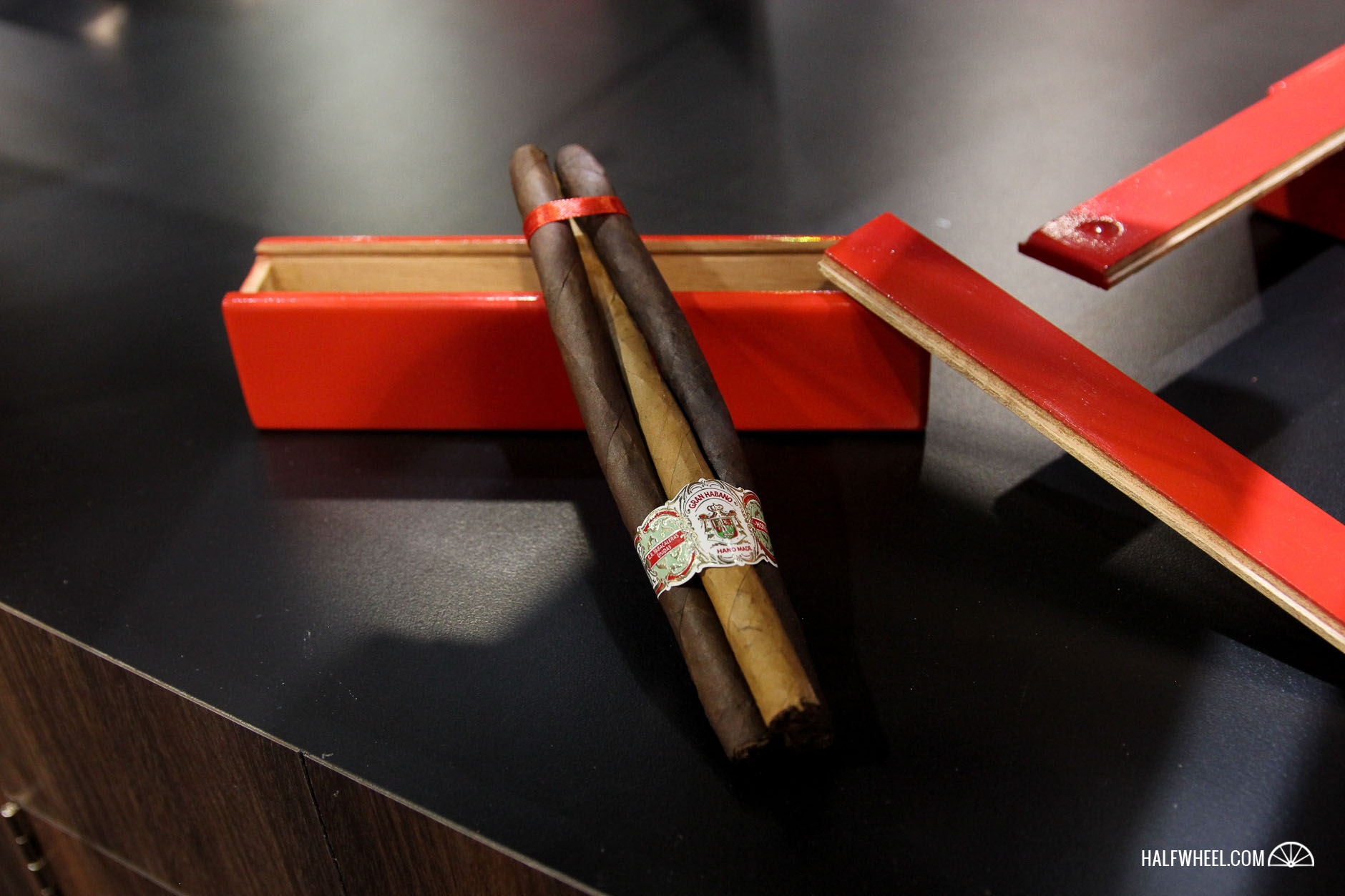 Gran Habano has combined three of its most popular blends into the always eye-catching limited release culebra, with one each of the Connecticut #1, Maduro #3 and Corojo #5 in a slender 7 x 32 vitola. The name translates as The Three Wise Men.

Each Imperial Assorted Sampler Value Pack comes with one Gran Habano Connecticut #1, one Habano #3, and two Corojo #5 cigars, each in the 6 x 60 Imperial vitola. The sampler was available for shipping prior to the trade show starting, but this will be the first look that many retailers get at it. 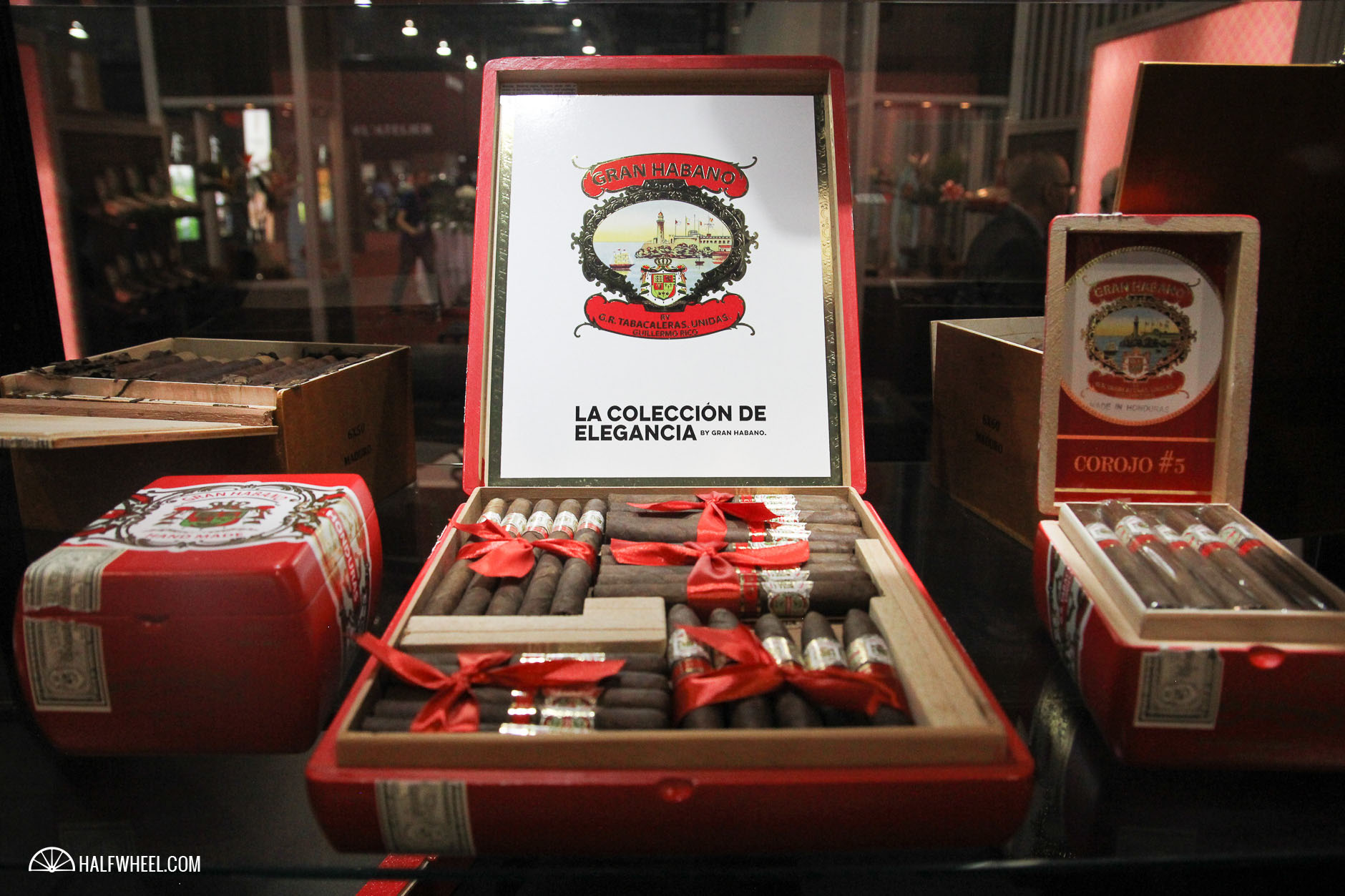 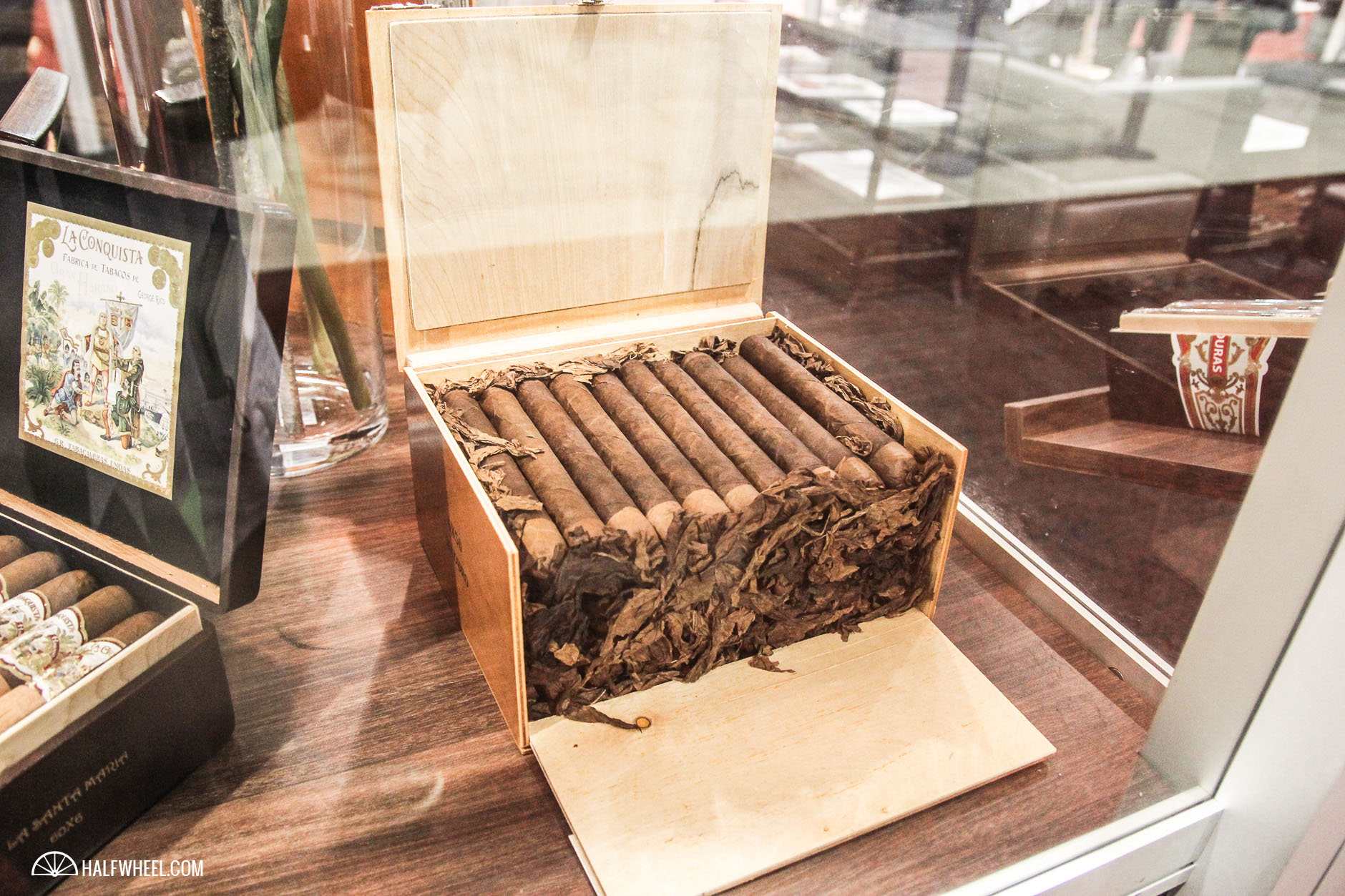 The Persian King line—an unbanded product of Gran Habano–has been around for several years, and now there is a maduro version available. The line began shipping in late June.