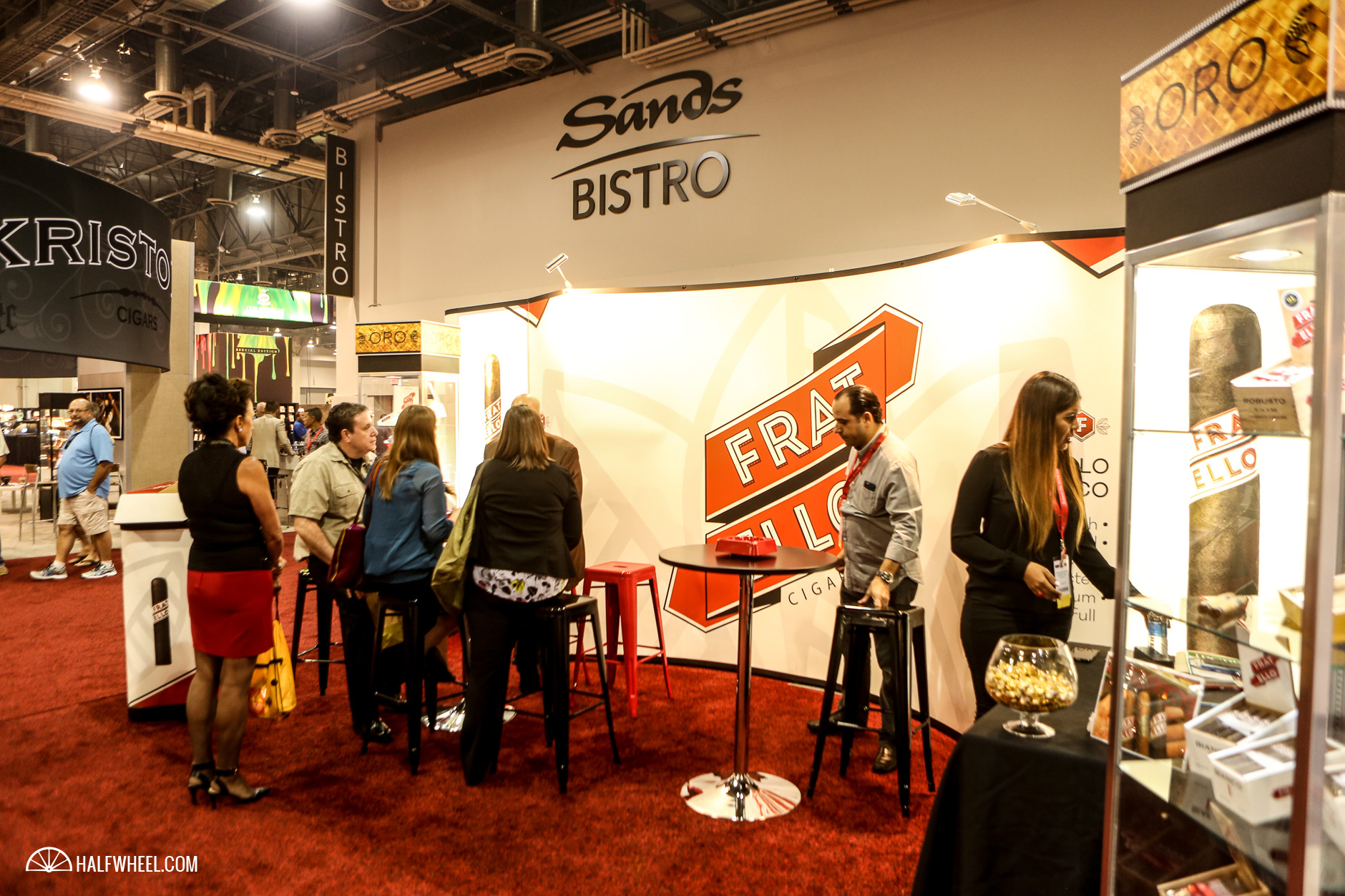 Fratello is not only debuting a totally new blend at the show this year, but the company is also adding extensions to its Boxer and Bianco IV lines. Fratello announced the Oro earlier this month, and it is the first blend the company has released utilizing an Ecuadorian Connecticut wrapper as well as the first blend produced at La Aurora. It will be sold in six different vitolas packaged in 20-count boxes, and is expected to ship in October. The company is also releasing the Bianco Boxer, a 6 1/4 x 52 box-pressed torpedo vitola that incorporates a tweaked blend compared to the regular Bianco line, including a Mexican San Andrés negro wrapper, Dominican binder and Pennsylvania, Dominican and Peruvian fillers. The new cigar is expected to ship on August 1 packaged in 20-count boxes with an MSRP of $10 each. Finally, Fratello will be releasing an extension to its Bianco line named the Bianco IV, a 6 1/2 x 54 toro gordo vitola priced at $9.75 per cigar. The cigar uses the exact same blend as the other Bianco cigars, namely a a Mexican San Andrés negro wrapper, Dominican binder and Pennsylvania, Dominican and Peruvian fillers, and is expected to ship Aug. 1.