In past years the Espinosa Premium Cigars booth has been a hub for not only Erik Espinosa’s cigars but for several of the up-and-coming brands that he produces at his La Zona Cigar Factory. This year, several of those brands moved out into adjacent spaces, leaving Espinosa and D’Crossier in the booth proper, both of which benefitted from the space to show off a number of new selections. 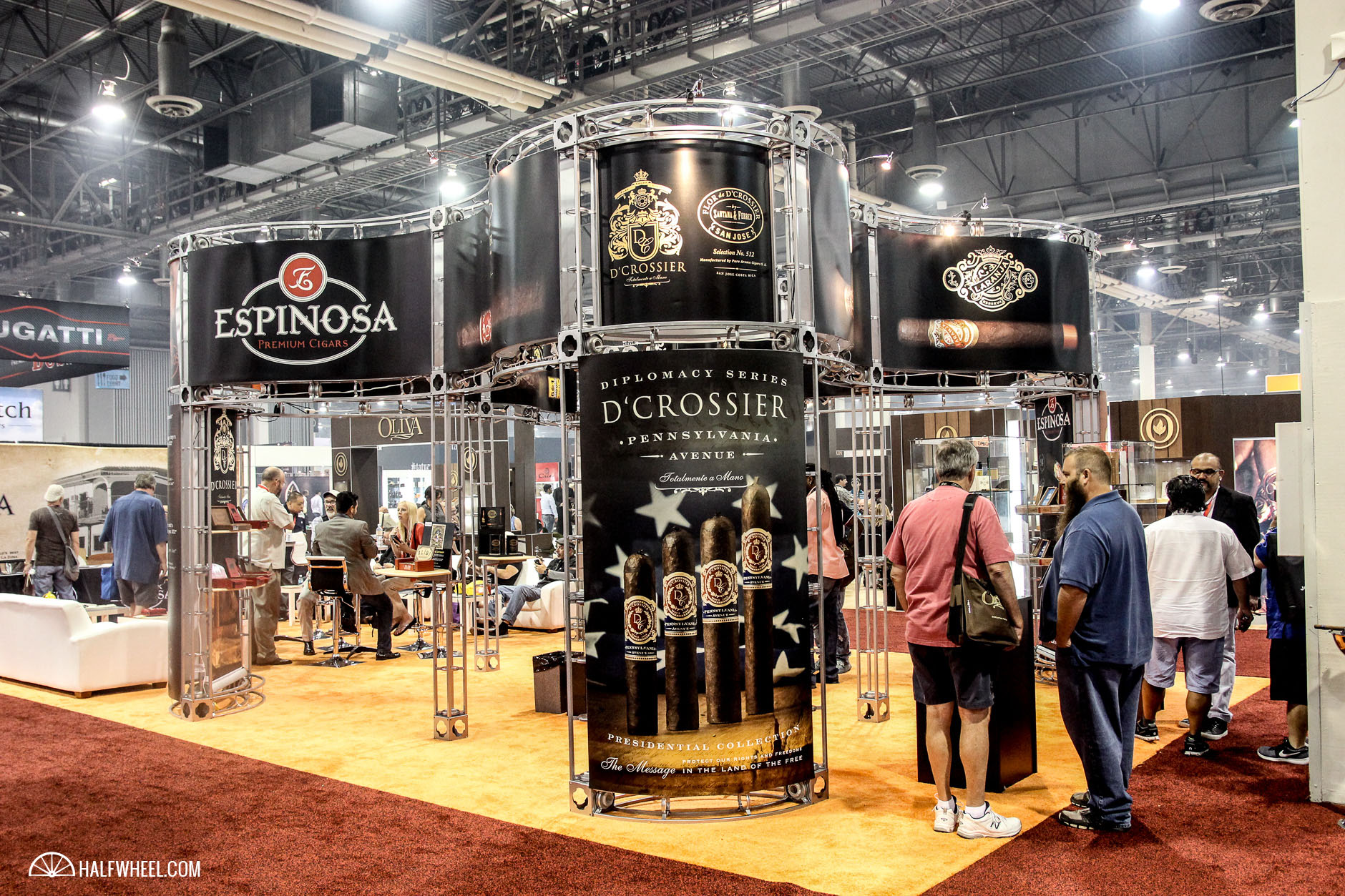 While the latter will be covered in a separate post, Espinosa released new lines, new sizes, new regional releases and ventured into flavored cigars, filling up his display cases with products that will begin rolling out the first week of August. Espinosa is getting into the flavored cigar world with a new line that has a name that looks like a Twitter or Instagram handle. Pronounced azucar, which is the Spanish word for sugar, this is a vanilla-infused cigar being made for Espinosa by the Aveja Cigar Factory in the Dominican Republic. It is being launched in three sizes. Originally planned to be an event-only release, the Alpha Dawg is now a regular production cigar. The blend was chosen by a group of media members and supporters of the brand who gathered at Espinosa’s south Florida headquarters in late March. A new line for Espinosa, it uses an Ecuadorian Connecticut shade wrapper with the promise that it lives up to its creamy name. It’s the first tie that the Espinosa name has been on a Connecticut wrapped cigar, something Espinosa feels will help to round out his portfolio, which have generally skewed towards medium and full bodied profiles. 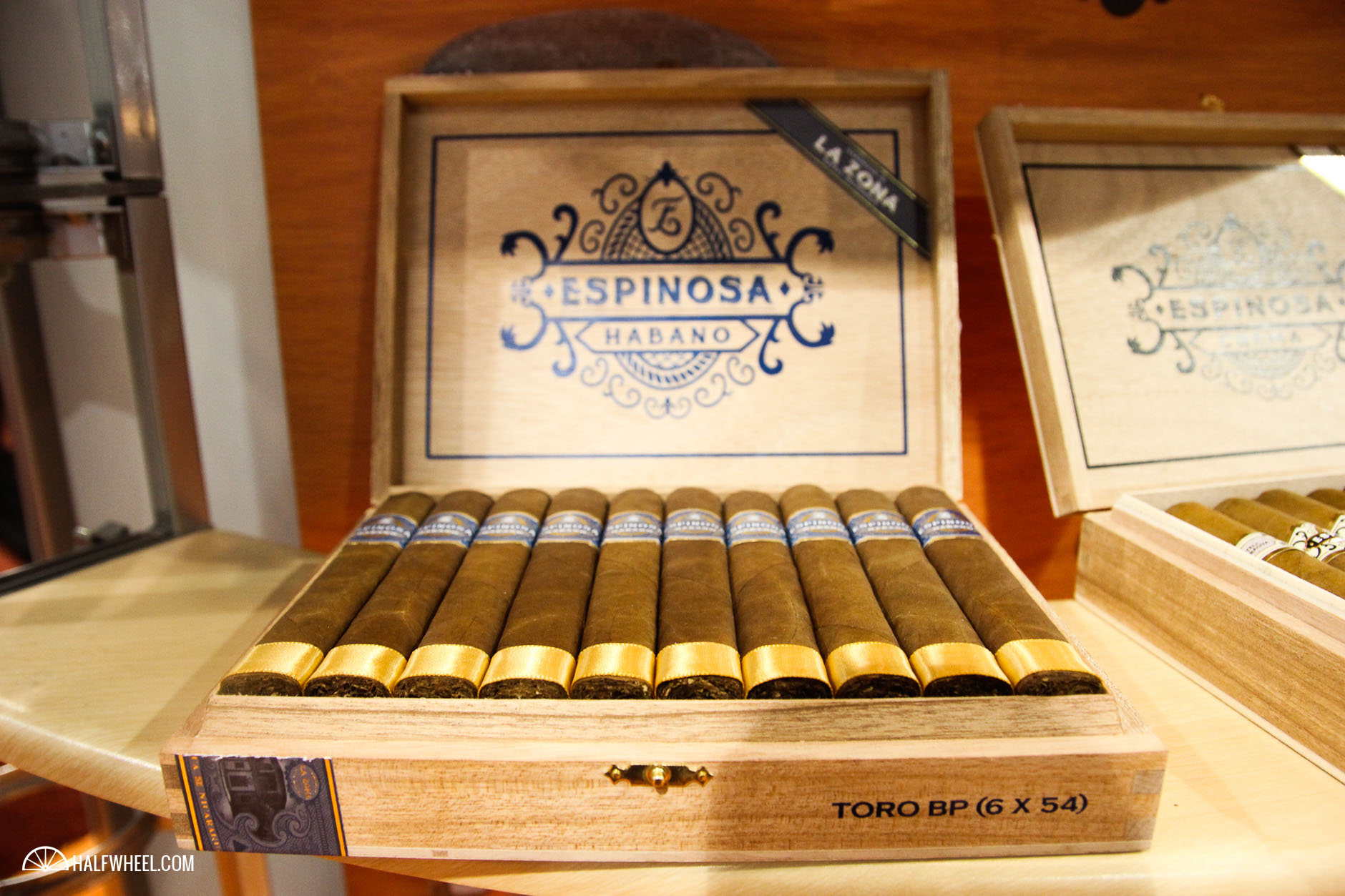 The line gets a chunky, box pressed toro as a regular production addition. What had been a somewhat regular appearance from Espinosa is back, this time in a 7 1/2 x 38 box-pressed lancero format. The blend is the exact same as the previous two releases, though the specific ratios and composition had to be adjusted to accommodate the slender vitola. The line is considered to be a stronger version of the company’s 601 La Bomba blend.

Production: 500 Boxes of 10 Cigars, though more may be made A new–and round–corona larga vitola for the relaunched Murcielago line, it’s a regular production addition and should be familiar to long-time fans of the brand as the Murcielago Pacifico from the original launch. 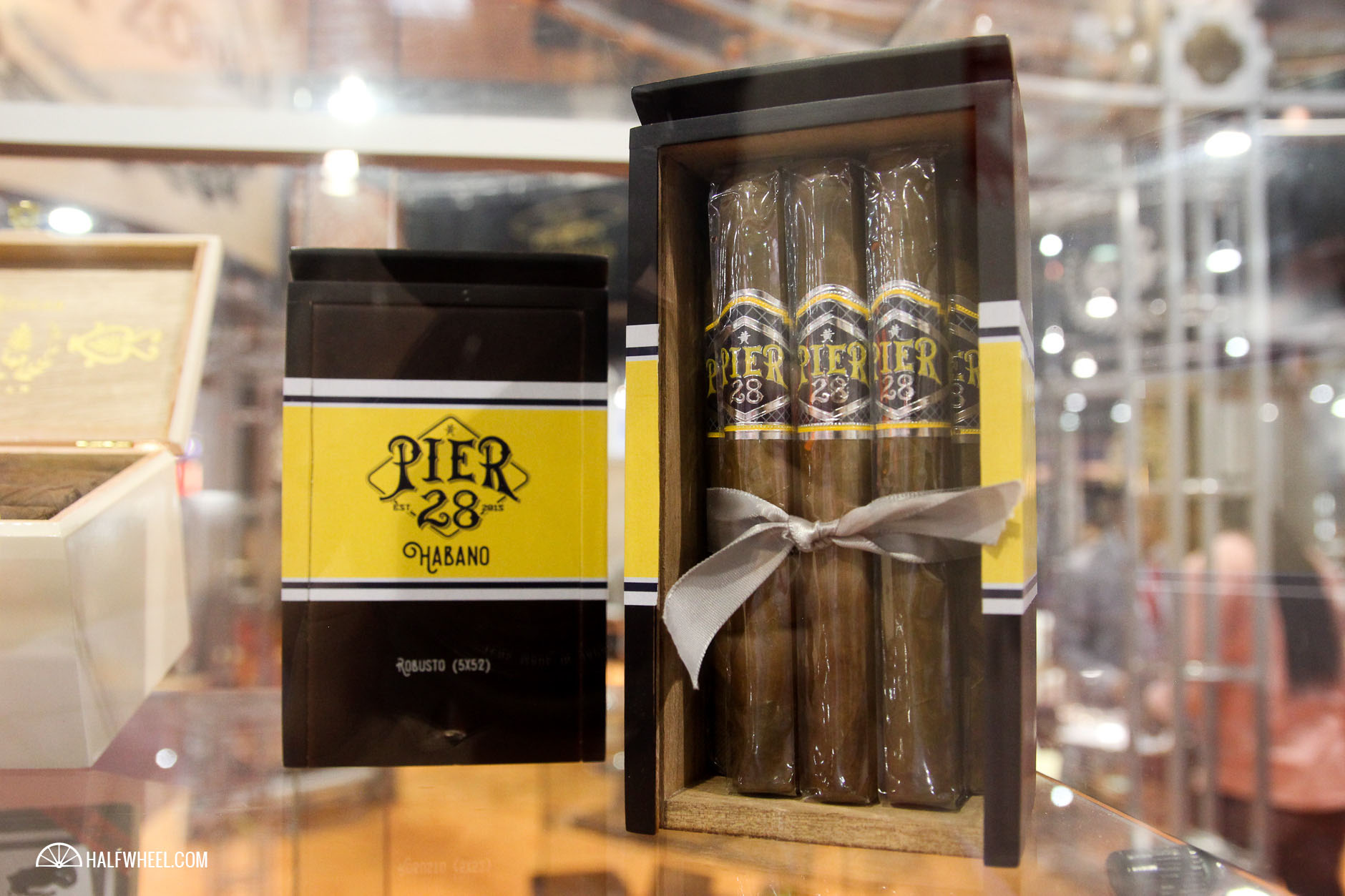 Tim Wong, Espinosa’s West Coast sales representative, gets his own cigar that will be available to shops in his territory of California, Washington, Oregon, Arizona, Nevada and New Mexico, as well as at Espinosa Lounges across the country. Thirteen years in the making, it features a pair of ligeros in the filler to create a medium strength, rich and complex cigar with notes of cedar, oak and nuts. It will remain an exclusive for Wong’s territory until 2017.