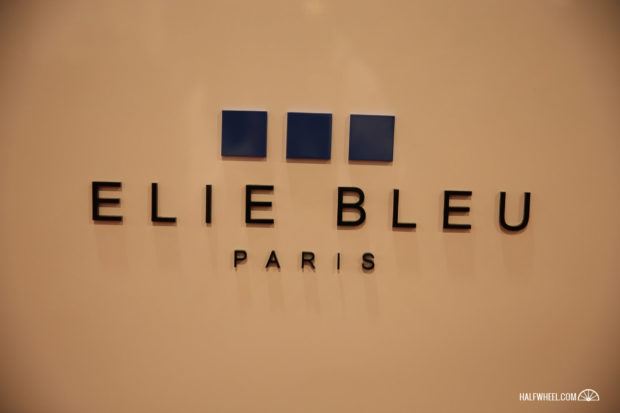 The big news is Elie Bleu is now distributed by Rëyns International. But that’s not all that’s happening, this year marks the 40th year of the famed French humidor maker and it’s clear that things are changing. There’s now a full complement of accessories including lighters and cutters, and there’s even a new humidor design that is designed to be more economical, albeit, still roughly $1,000. 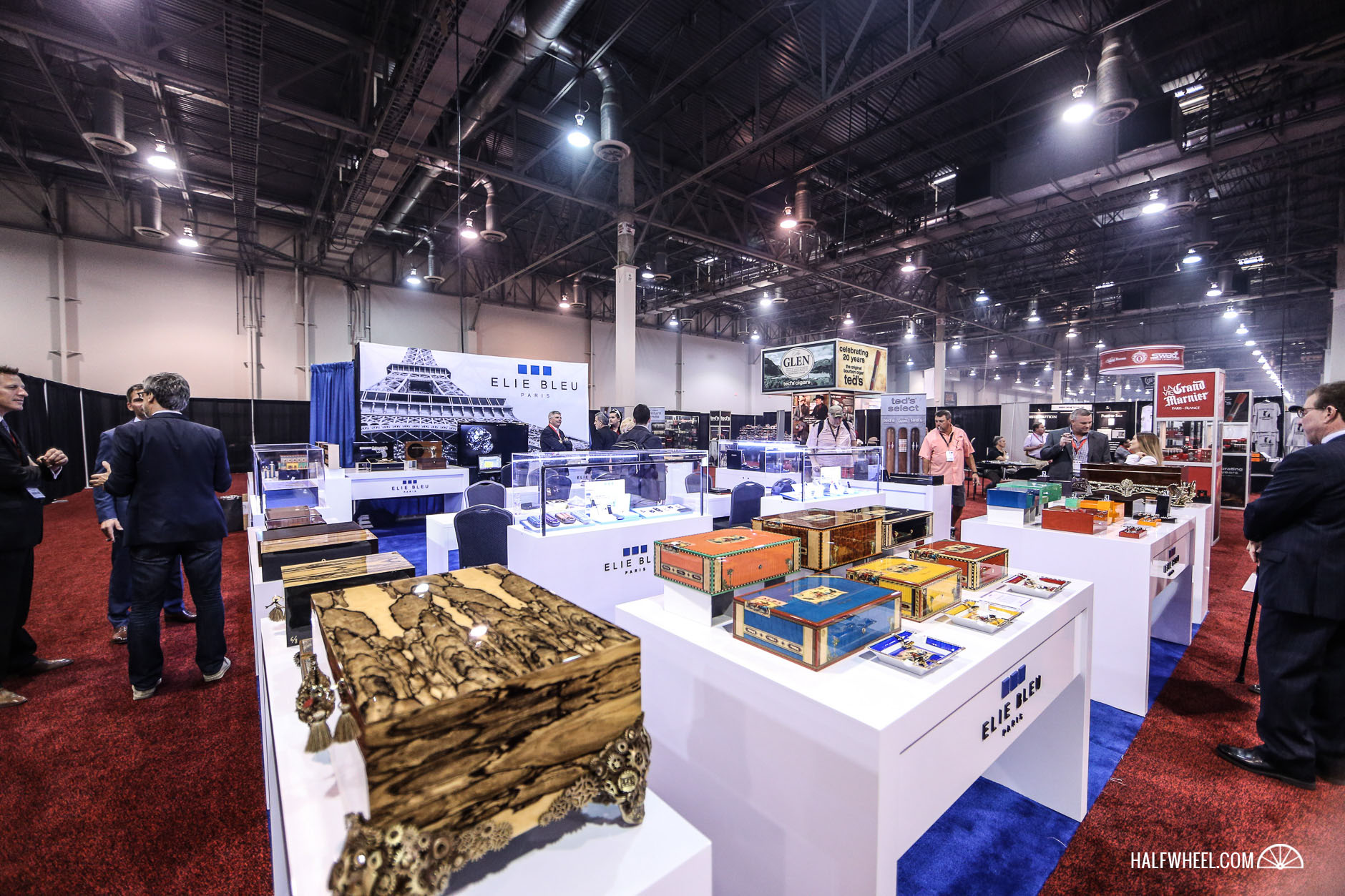 Perhaps no company had as big of a booth change as Elie Bleu. Previously, the company looked like it was set up for a trunk show with boxes of humidors displayed and some black cloth backgrounds. Now the company is with Rëyns, who brought a plethora of stands and well-lit glass cases with clear blue and white branding. 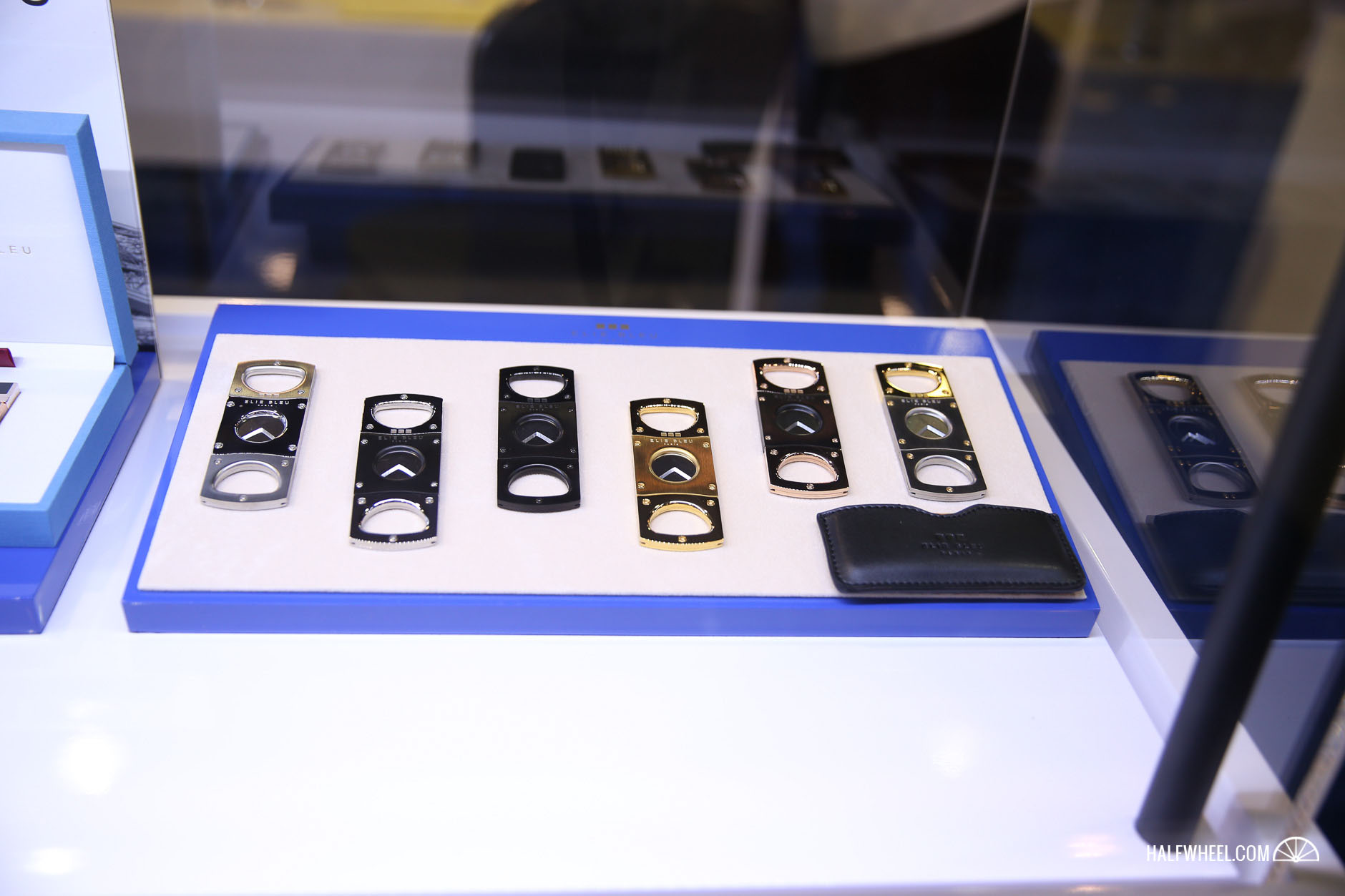 The French humidor maker is making a run into the accessory space. There are six new regular production Japanese-made aluminum cutters. The blades are both v-shaped meaning they make a square shape when partially opened, this is made to mimic Elie Bleu’s logo. Rëyns International, formerly Lotus, used to distribute S.T.Dupont and it’s of no surprise the company has found a way back into the lighter space now with Elie Bleu. The F-1 is a taller, thinner dual soft flame lighter that is very familiar to the signature S.T.Dupont lighter. 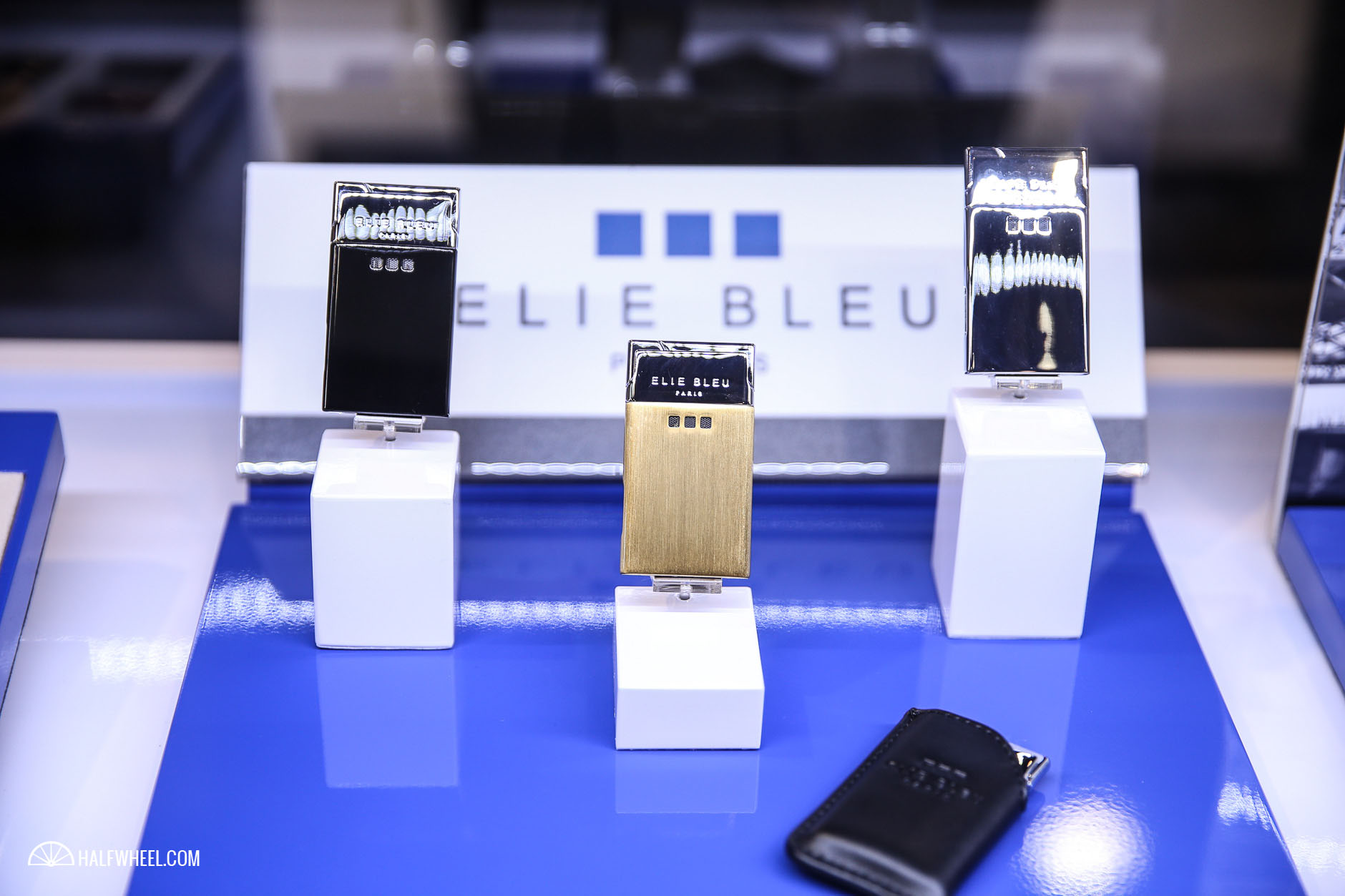 This is not the first time Elie Bleu has offered a lighter, but the company has previously been limited to table lighters. This torch lighter features a side ignition and a flat flame.

A variety of cases are made for the new accessories, priced $60-90.

The company has special editions of three different products for its 40th anniversary collection, which is centered around wealth of the world. 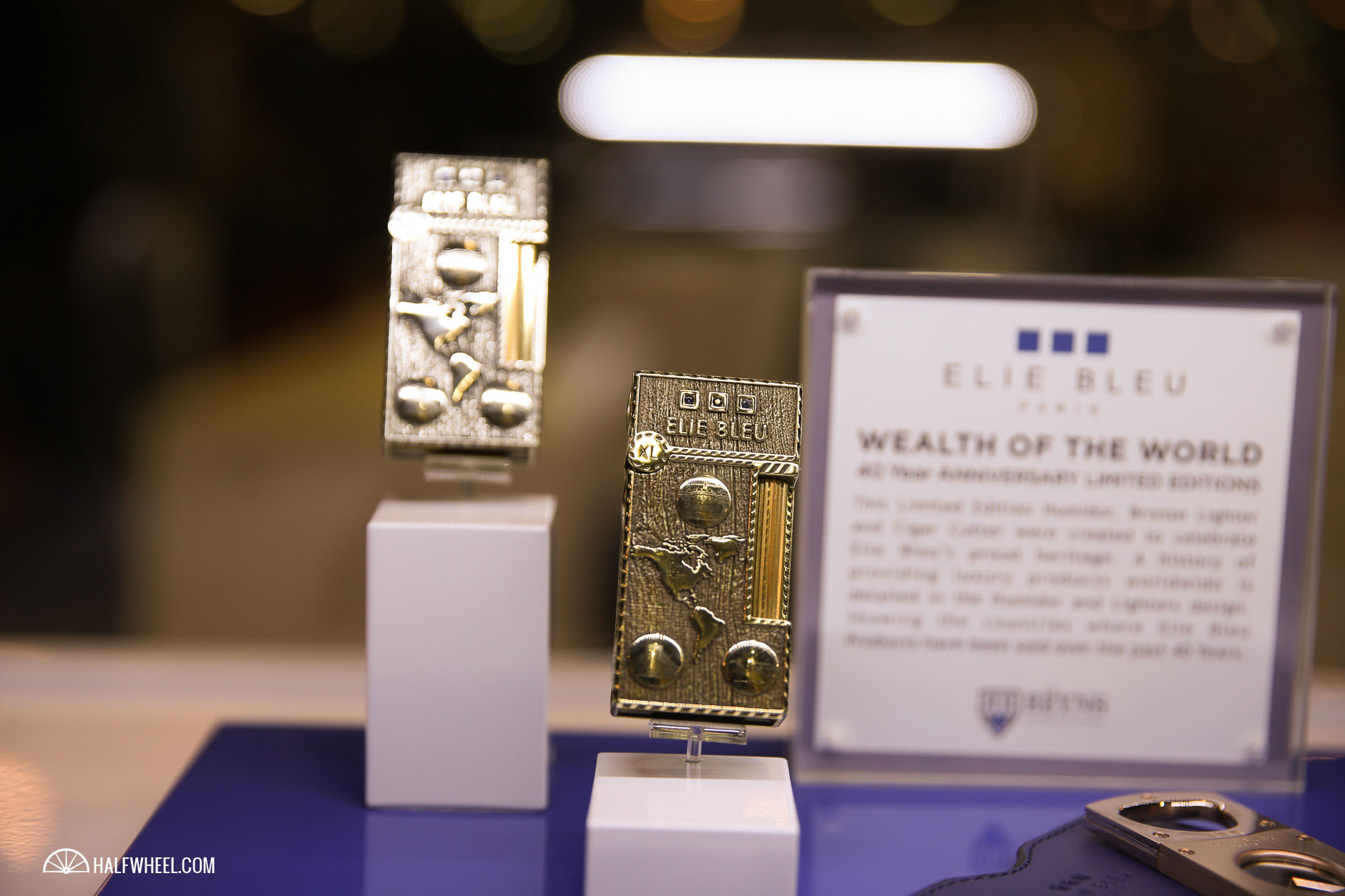 All three items are limited to 40 pieces each. 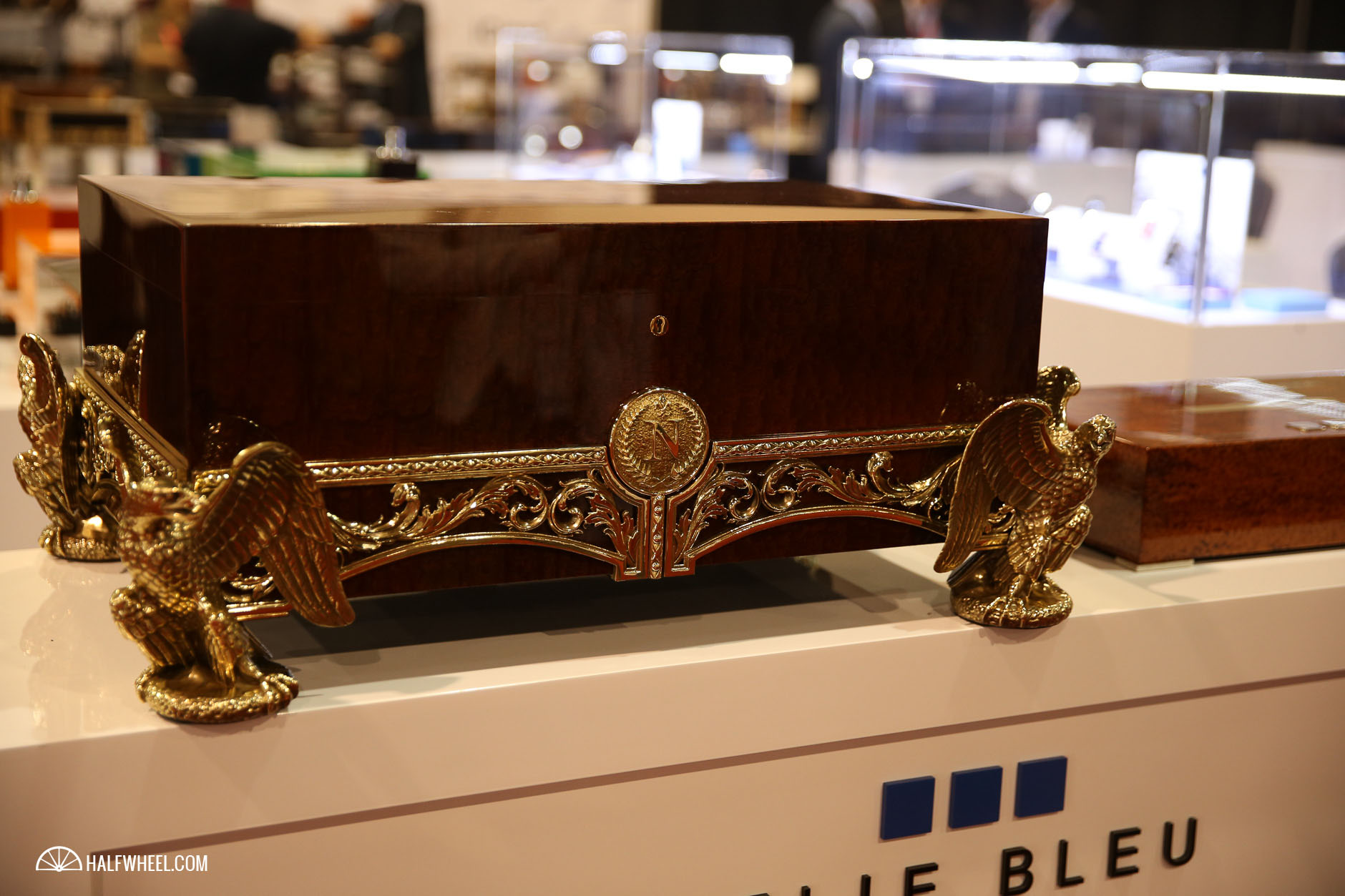 The company has partnered with 2Saints to produce eight special humidors, titled Empire. They are made to pay tribute to the Napoleonic times and feature sapelli wood and bronze. Another collaboration with 2Saints, these humidors are slightly smaller—350 cigars—but feature the same custom bronze work. Pricing is set at $26,000 and it is limited to eight pieces. 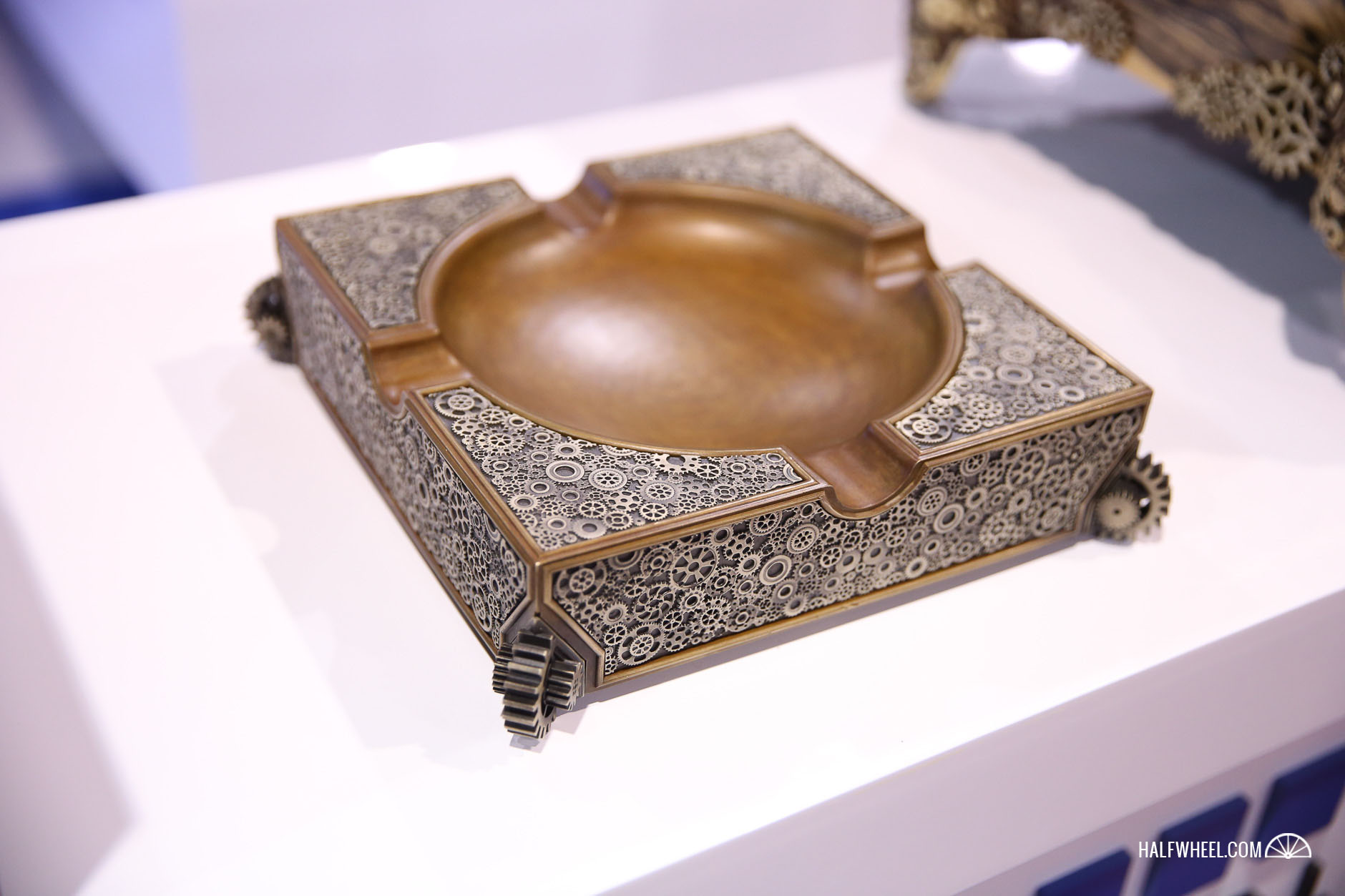 There’s also an accompanying bronze ashtray which weighs a good 30 pounds, at least.