Drew Estate’s booth was as massive as you remember it, and again was front and center as you enter the trade show floor. 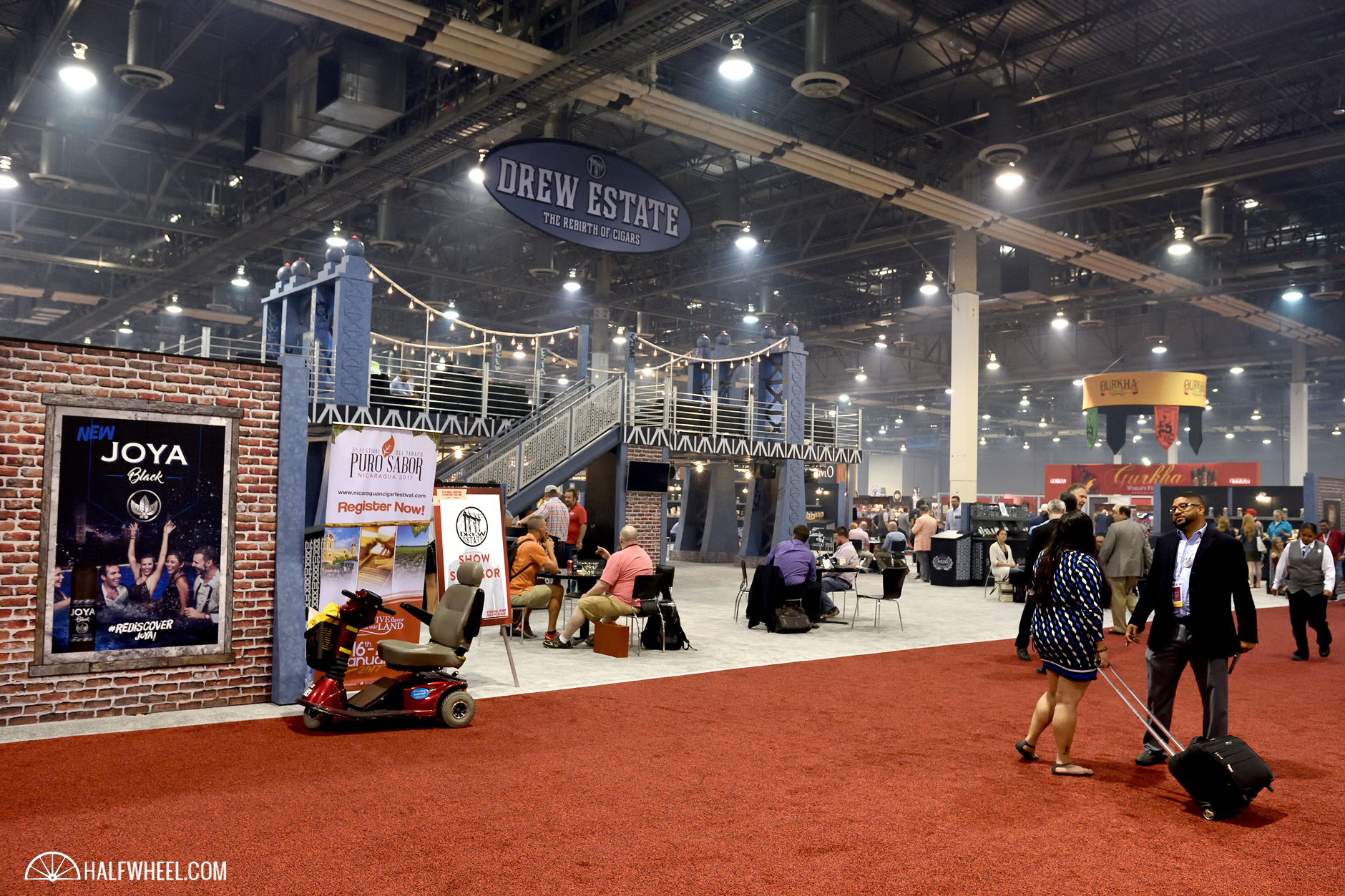 It’s been the second year since Drew Estate was purchased by Swisher International, and really the look or feel of the booth hasn’t changed at all. Besides a number of brands that are being distributed by the company that previously had their own booth, it was the same old packed booth with a party atmosphere. In one corner, they were showing off their Tsuge pipes and pipe tobacco, but they also had one of the pipe makers there, displaying his craft and showing how the pipe-making process is done. While there weren’t any new offerings in the Acid line up, there was a packaging update and refresh. The new, unannounced Herrera Esteli at the show was the Miami – a return to Willy Herrera’s roots so to speak. The Miami is being produced at El Titan de Bronze, where the rest of the Herrera Esteli line is rolled at Drew Estate’s factory, La Gran Fabrica Drew Estate. Liga Privada No. 9 and T52 Extensions

Liga Privada’s flagship line No. 9 and the follow up to it, the T52 will both be getting the tubo treatment finally. I remember years ago seeing a prototype for it that was mentioned it would probably never be made, but quite a few years later it appears that they finally made the choice to do so. In addition, we see the return of the Flying Pig for each of these, which were some of the most sought after sizes in these two lines long after the limited numbers sold out of stores.

In addition, the Liga Privada No. 9 and T52 tubos will be coming in a six count sampler, with three of each blend, retailing for $96. MUWAT has been around for a while, and the MUWAT Kentucky Fire Cured is more recent, but still an established line. Now we’re looking at the latest release under the MUWAT umbrella – the Swamp Thang and Swamp Rat, which uses candela wrapper combined in a yet to be disclosed blend using the KFC tobacco. Much like the Acid line, the Tabak Especial didn’t have anything new, but was sporting a facelift in the packaging department as well.