The trade show is the formal unveiling for the new Davidoff Yamasá, but the company brought other new products for Davidoff, as well AVO, Camacho, Ditka and Room101. The packaging is based on Volume 3, though the color scheme has changed. More importantly, the cigar has changed, now a perfecto size. The largest (physical) item in the booth and a fairly important one at that. These were offered to retailers for free so long as they bought a minimum amount of product. Davidoff of Geneva USA will begin rolling them out in late 2016 to the initial retailers and will expand the program next year.

Of note, you do not have to be a Davidoff appointed merchant to receive the AVO or Camacho display. New samplers for AVO & Camacho coming later this year in a variety of formats. Not new, but certainly on display. It began shipping a few weeks ago. New release for the Brotherhood Series.. The plethora of new Cusano product was on display at the Davidoff booth. All of this has shipped out to retailers. Two new sizes for the Grand Cru, both of which have larger ring gauges than 50, something that is a departure from the rest of the vitolas. Described as the child of the Classic and Millennium series, the new line uses an Ecuadorian Sun Grown wrapper and is listed as a 1 1/2 out of 5 on Davidoff’s internal intensity scale. If you’ve been coming to this website at all during the last week, you are likely aware that Davidoff has a new cigar called Yamasá. This was the first chance for most to smoke the cigar and from what I gather most seem to prefer this over Escurio. There are minor tweaks to Davidoff’s packaging, all soft-packs will now feature the accent colors. As for the boxes, they feature different fonts. There are a variety of new Davidoff accessories featuring sharper, more modern lines. This extends inside the humidor which now features angled lines for ventilation. And the lighters get the same sort of treatment. Four new colors have been added, all inspired by different times of the day. 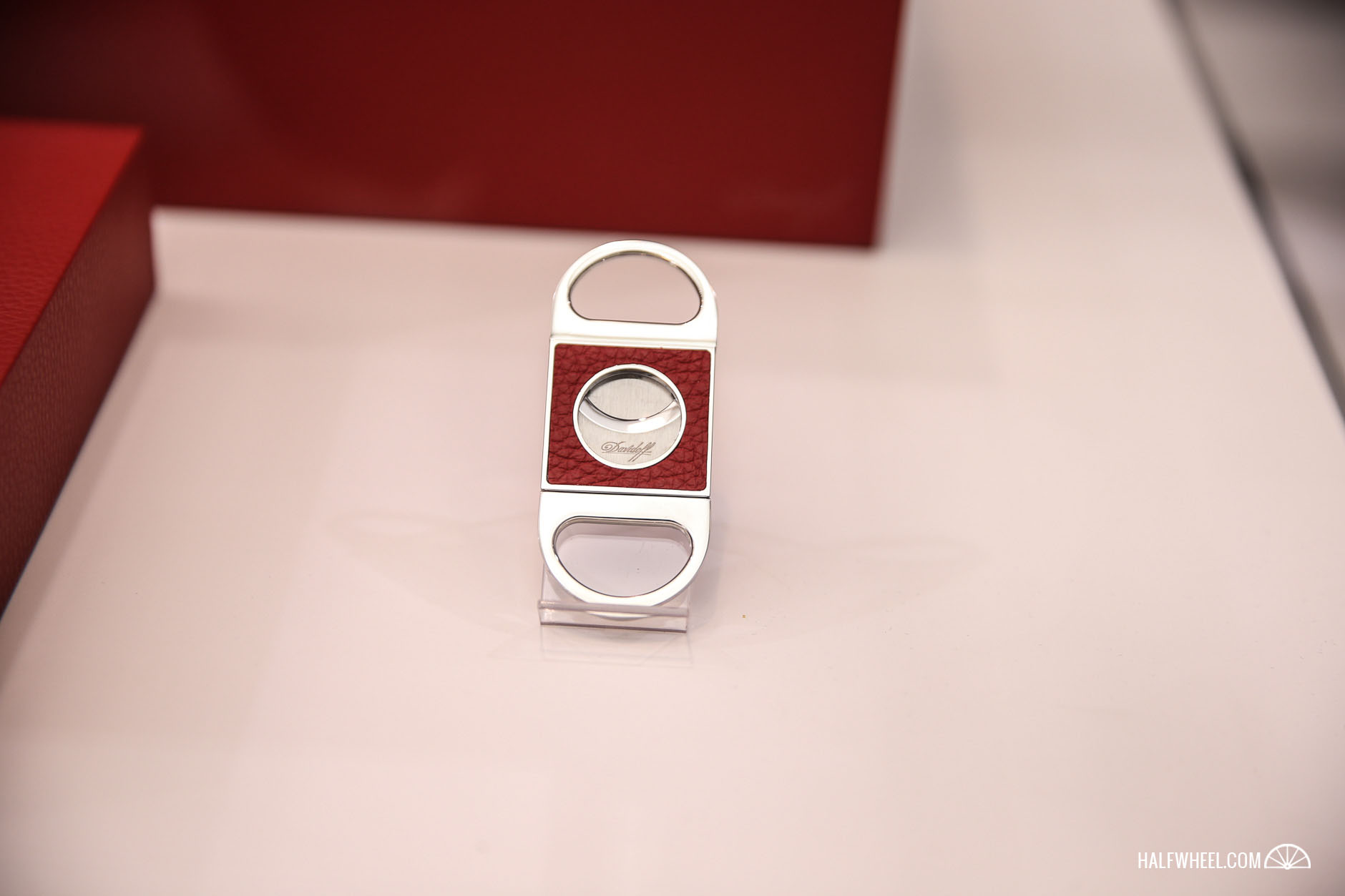 As with the previous collection, there are humidors, ashtrays and cutters. While Mike Ditka was not in the booth, his new cigar was..

Apparently this was in the booth. The new size will be offered in packs of four as well as boxes of 25. While the packaging and name will likely get all the attention, the blend descriptions for Chief Cool Arrow are pretty notable for Davidoff: Mexican wrapper and Pennsylvania filler. No new cigars, but the UR New York crew was there.