Colibri has been making a big push to regain its place in the hands and humidors of retailers and consumer across the country, reinventing many of its products and looking to develop lighters, cutters and humidors that deliver performance, value and design. The company rolled out a number of new products and line extensions at this year’s trade show under its flagship brand, while also adding to its value-oriented Firebird line. One of—if not the—company’s iconic lighters, the Boss gets four new finishes: gold, chrome, white and brushed gunmetal, each $150. This butterfly design cutter gets three new design options, all wood handles in light burl, dark burl and redwood; $49 each. A pair of new colors for this side-squeeze triple flame, as bright red and blue join the line, both with black body accents. $100 each. The company added a closed back version, known as the EZ-Cut, which offers a consistent cutting depth of just 3 mm. Three colors: red, black and blue, each $39. Quite possibly my nominee for accessory innovation of the year, this is a lighter you push up on to ignite. Instead of pulling down on the ignition button, you push up and the inner body slides up and partially out of the shell, with a dual jet torch flame igniting and the lid retracting clear out of the way, giving you effectively completely unobstructed access to the flame. There’s also a slide out and locking punch cutter built in. Five finishes: black with red; silver with blue; red with black; blue with black and matte black with chrome, each $59. The Talon has been a staple of Colibri’s lighter offerings for several years, but manufacturing costs were driving it out of the range of most single jet torches. Instead of scrapping it, Colibri redesigned it, moved production to a new factory, and reinvigorated the overall presentation. It now features a single-action ignition system and a pachmayr-pattern body for a secure grip. Additionally, the lighter offers an extra large, 1.5 gram translucent fuel tank, approximately three times the standard single jet tank size, with a large flame adjustment knob on the bottom of the lighter. The burner is also tighter and the chamber larger, resulting in a bigger flame than the previous version.

It’s due out in November and will come in seven finishes: black, red, orange, blue, chrome, gold and rose, with a suggested retail price of $49. One of the company’s newer innovations and one that has been very well received, it gets four new finishes in a carbon fiber print: red, black, blue and silver, each $49. It’s a bit more than the $39 price tag of the original finishes, but being stylish isn’t cheap. A lighter designed to be used at higher altitudes, it features a durable plastic body, single jet torch and attached lanyard for safekeeping. $9.99. 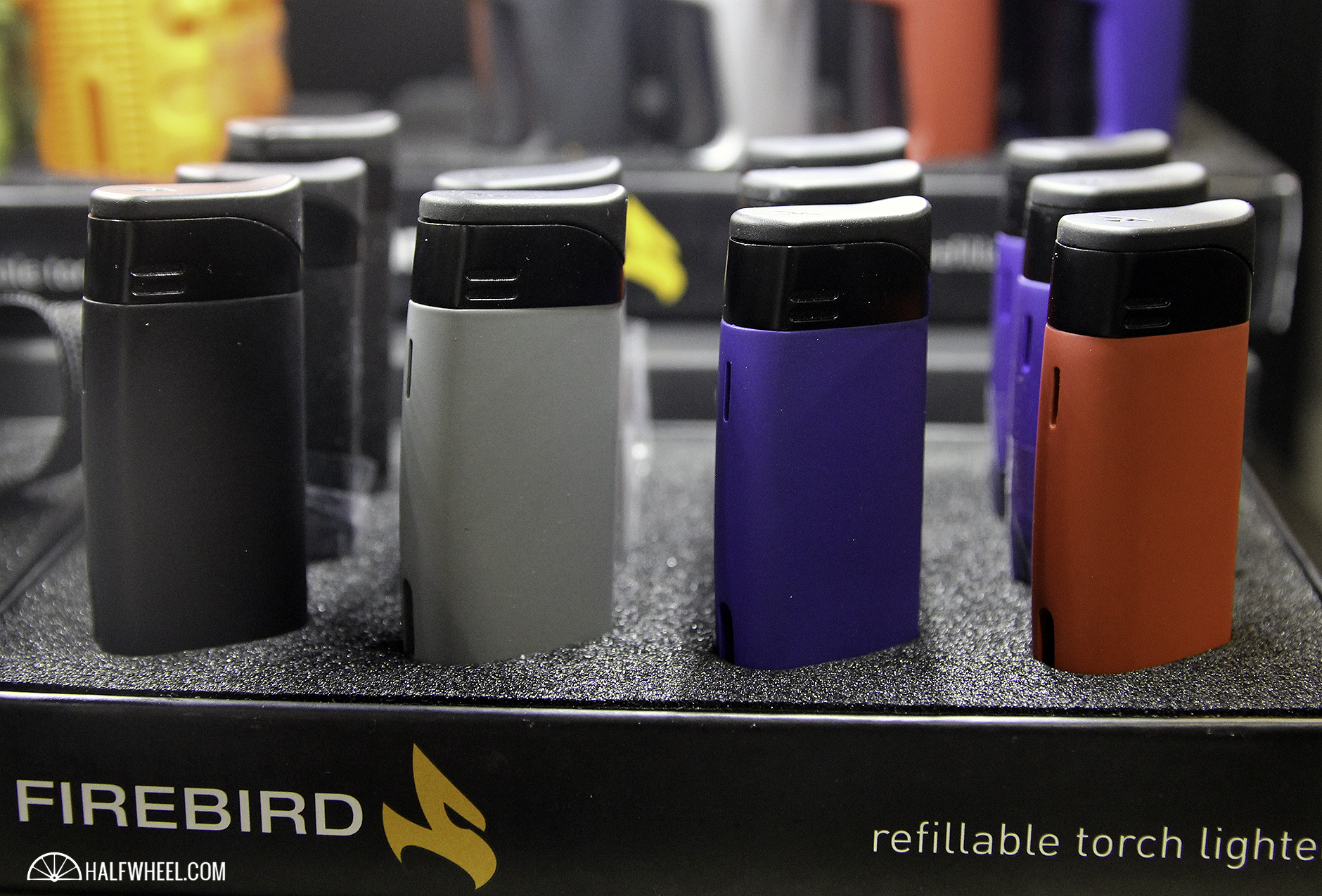 A single jet torch light with a big fuel window and large flame adjustment knob; this is the lighter you buy several of to stash in all your favorite smoking spots. $9.99. An angled single jet torch lighter, the name may suggest it is limited to a specific use but it will work just fine on cigars. $9.99. A triple torch with a big, visible fuel tank and easy ignition and keychain loop at the bottom. $19.99. A familiar form gets an extra burner for when you need to make quick work out of toasting your cigars. Several color options, each just $12.99. The first serrated blade cutter in Colibri’s portfolio, it’s a wallet-friendly option at just $14.99 and can handle cigars up to 70 ring gauge. New camouflage color options for this single jet lighter, each $9.99.