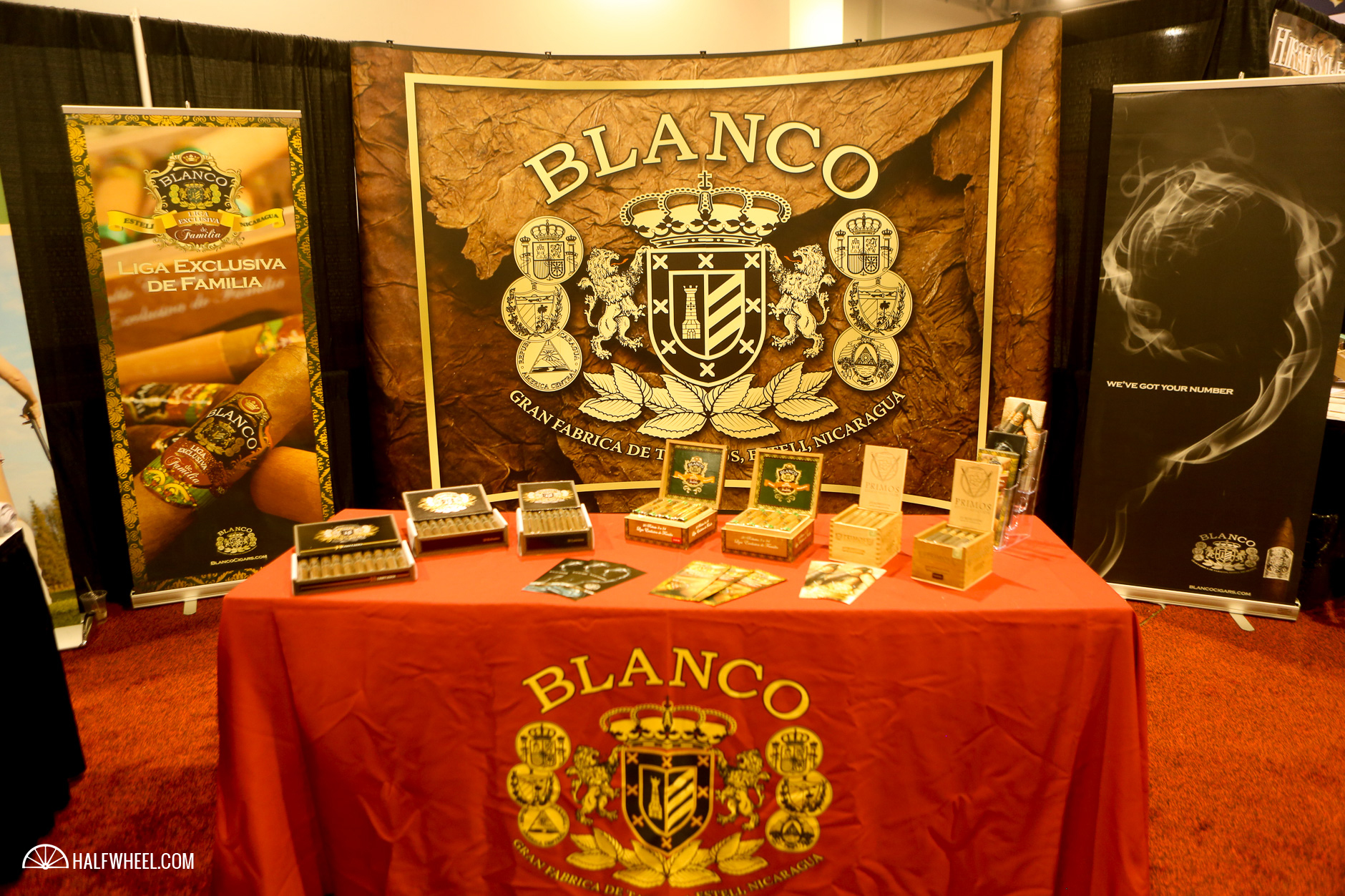 While Blanco Cigar Co. owner David Blanco is not rushing anything to the market, the company was showing off a small addition to an already released line that will be shipping this fall. The new product is an addition to the Blanco NINE lineup, the 4 x 38 Minuto. The smallest vitola so far will be packaged in five-packs retailing for $16.95 and will join five other sizes in the line when it ships in October. The blend is made up of a Nicaraguan corojo oscuro wrapper covering a Nicaraguan binder from Jalapa and a triple ligero filler blend from Nicaragua.