While Total Flame didn’t have any formal new releases for the trade show, the company was taking the time to showcase three releases: Premium, Spokes and Wild One. Sound familiar? All three were shown off at last year’s trade show but didn’t begin shipping until May of this year. 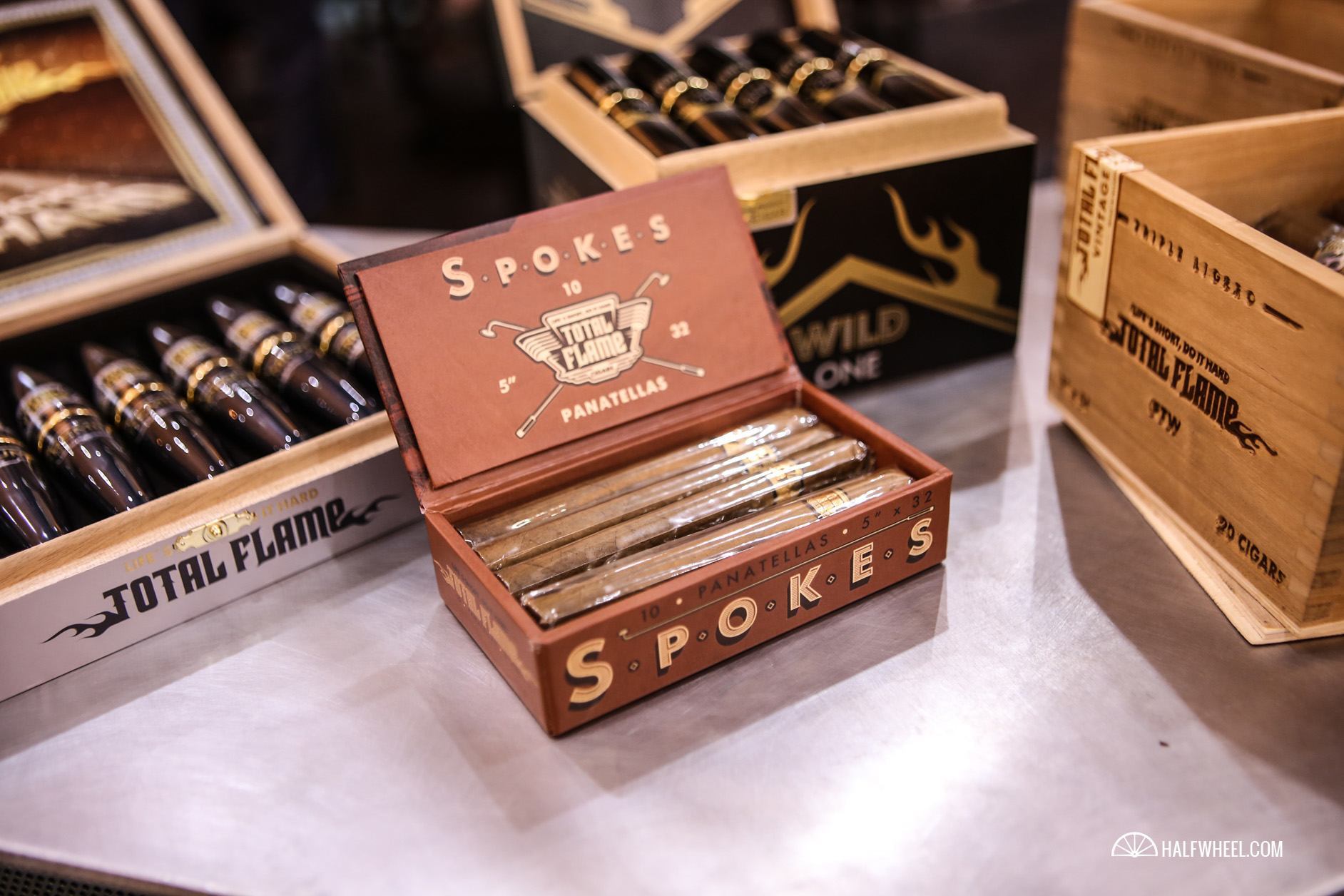 Spokes
This is a 5 x 32 panatela made at Plasencia Cigars S.A. entirely from Nicaraguan tobacco. It retails for $4.60 per cigar and comes in boxes of 10. 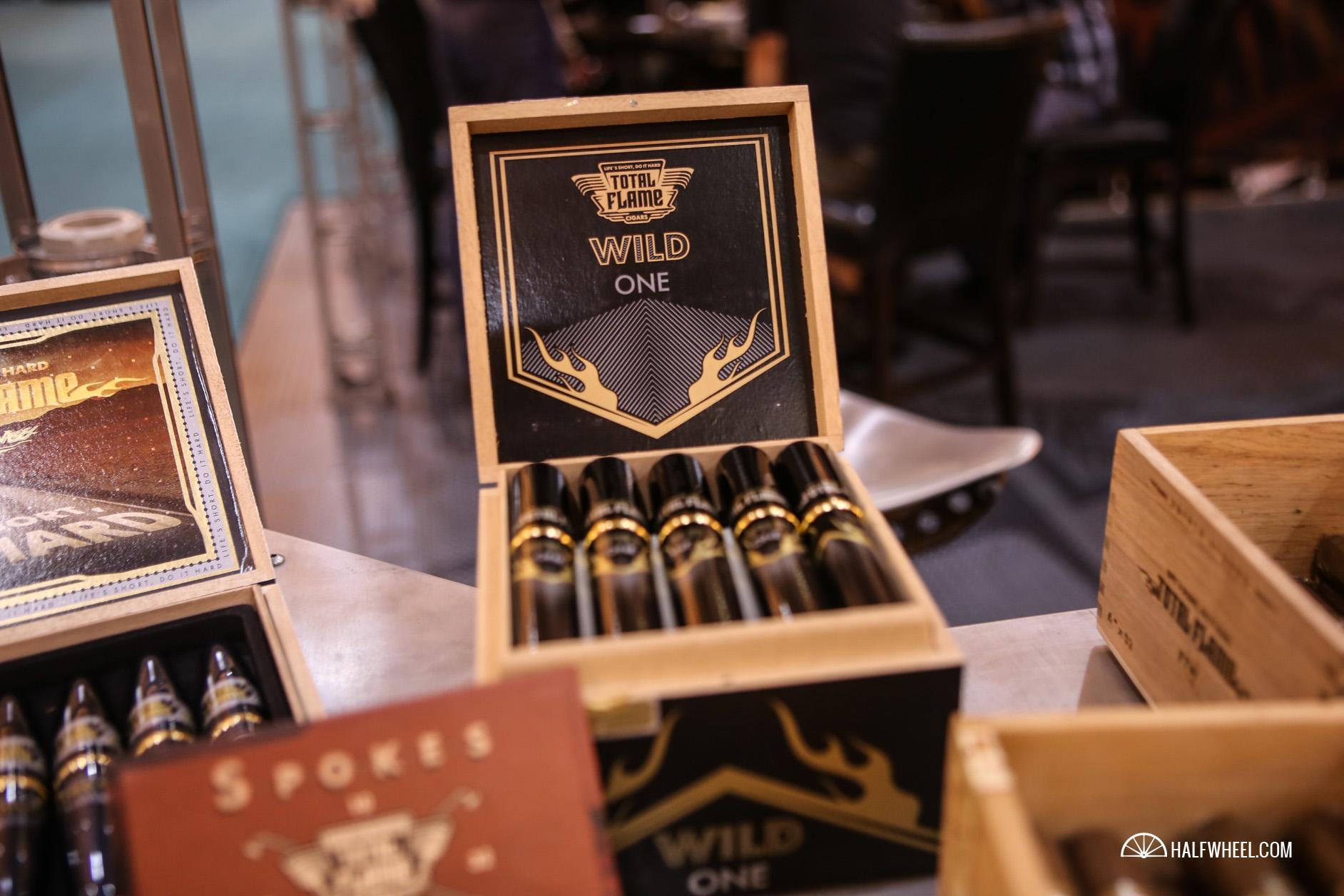 Wild One
The 5 x 50 robusto comes in a tub and is noted for its andullo tobacco in the filler.  The La Aurora-made cigar uses an Ecuadorian Sumatra wrapper, Dominican binder and fillers from the Dominican Republic and Nicaragua. It retails for $11 per cigar and comes in boxes of 20.