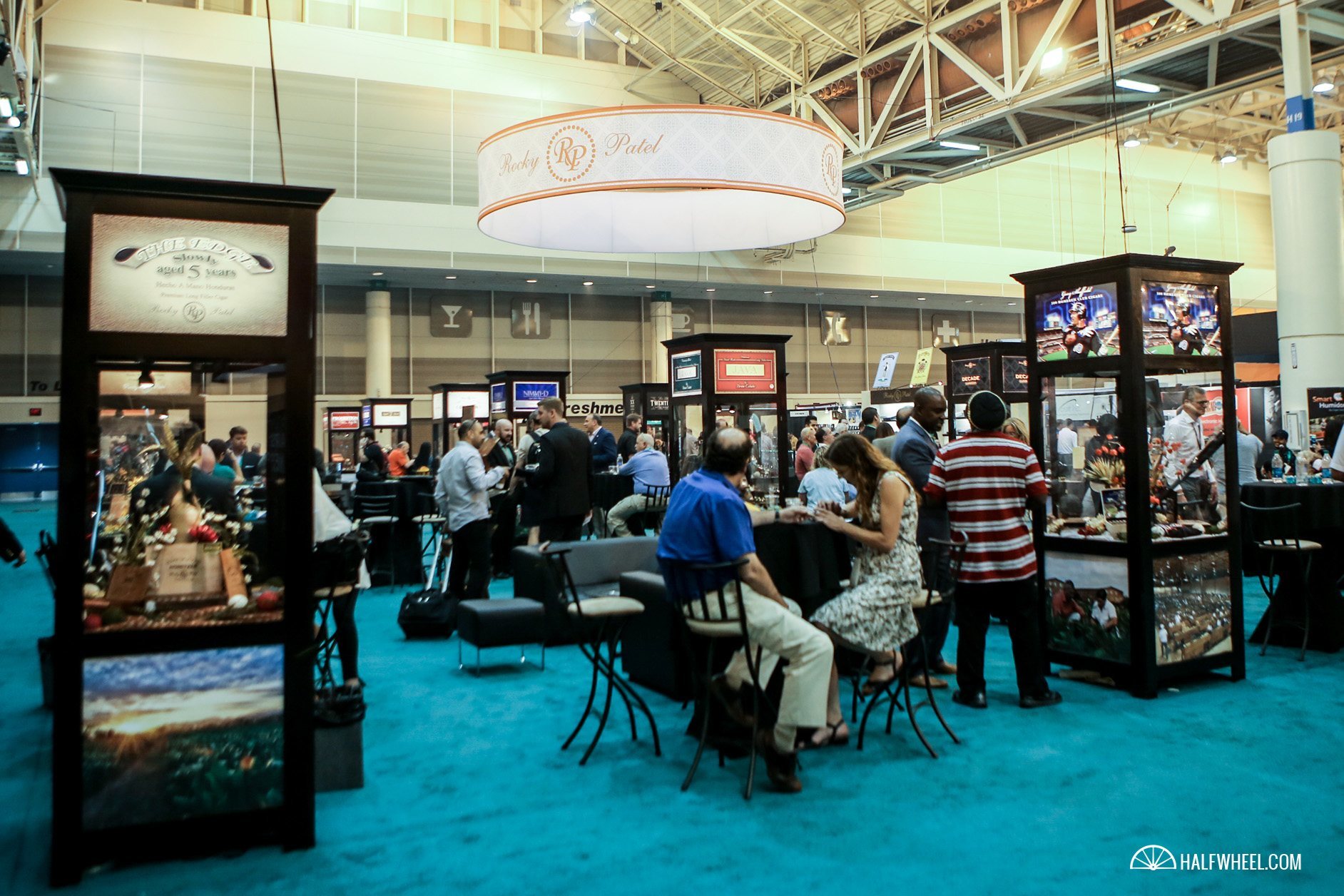 Somewhere in herhe trade show dictionary will be the entry “bad idea” and underneath will be something along the lines of: trying to interview Rocky Patel, in the middle of his booth, in the middle of day one. It’s busy, and busy, and busy. There are a handful of people—Rocky included—who probably know every retailer at the show, something that only happens when you travel to as many stores as he does, and as such, there’s a lot of friends. That being said, Patel still took me around the booth personally, showing off not just the three noted additions, but also some other products as well. 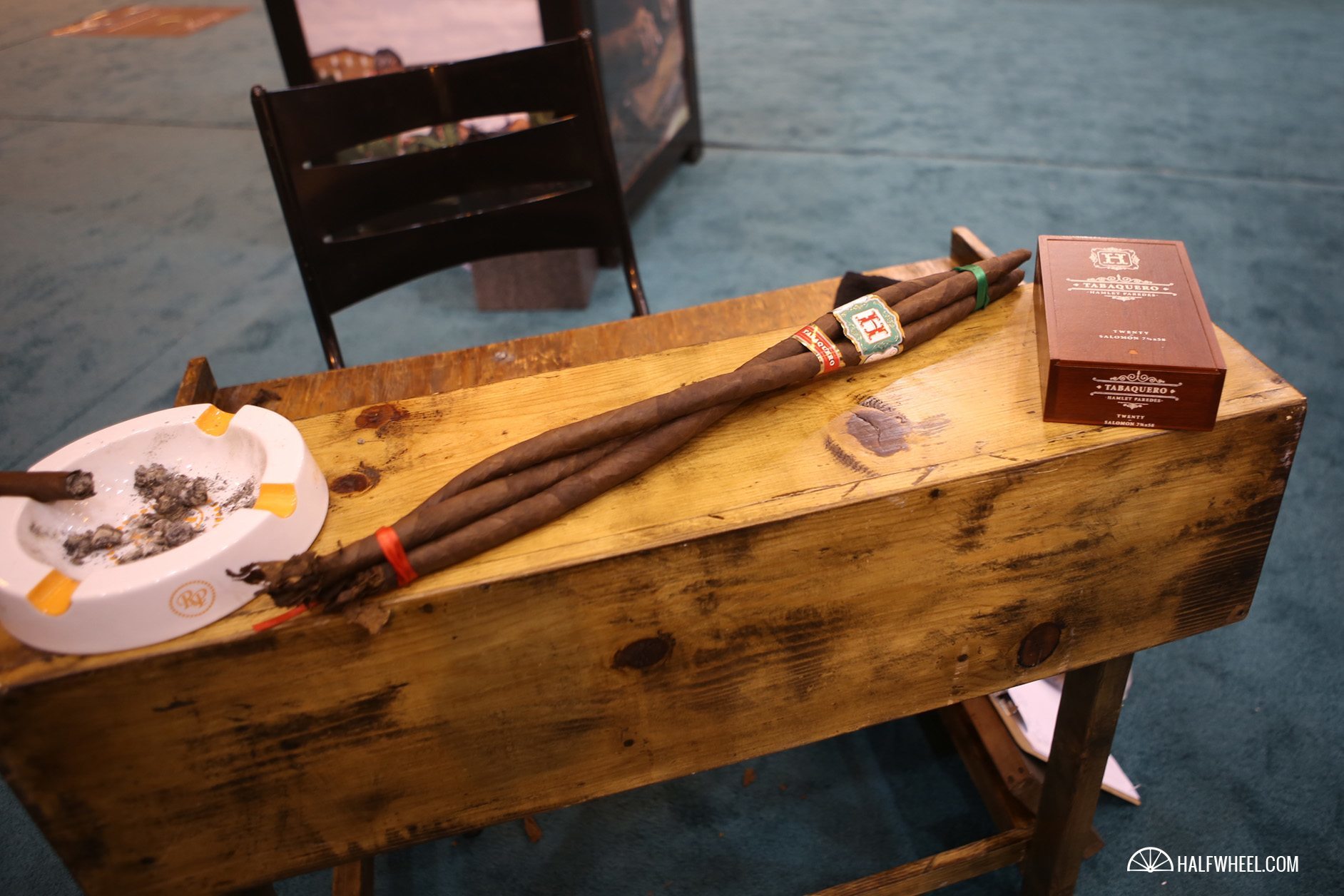 Hamlet Tabaquero
I won’t repeat the story on how Hamlet Paredes and Patel met—you can read that here—but both the famed Cuban roller and his new line were in Patel’s booth. Paredes was actually rolling a massive culebra—which you can see above—as well as speaking to customers. Patel told halfwheel that he would begin events in the U.S. soon, but a specific schedule hasn’t been finalized. Laser Lighters
There’s eight new designs for the lighter. Each retails for $58 and should be shipping in September.

Rocky Patel Limited 2015 Pipe Collection
Erik Nording and his creations were both in the Rocky Patel Premium Cigars Booths. I know little about pipes, but there are four different styles offered—ranging from $140-200—and all made by hand, meaning the are all unique. Retailers have been able to hand select the pipes they would like and they will begin shipping to stores now. I was told there were around 450 pipes made, two-thirds of which were already gone by the time I made it to the booth. 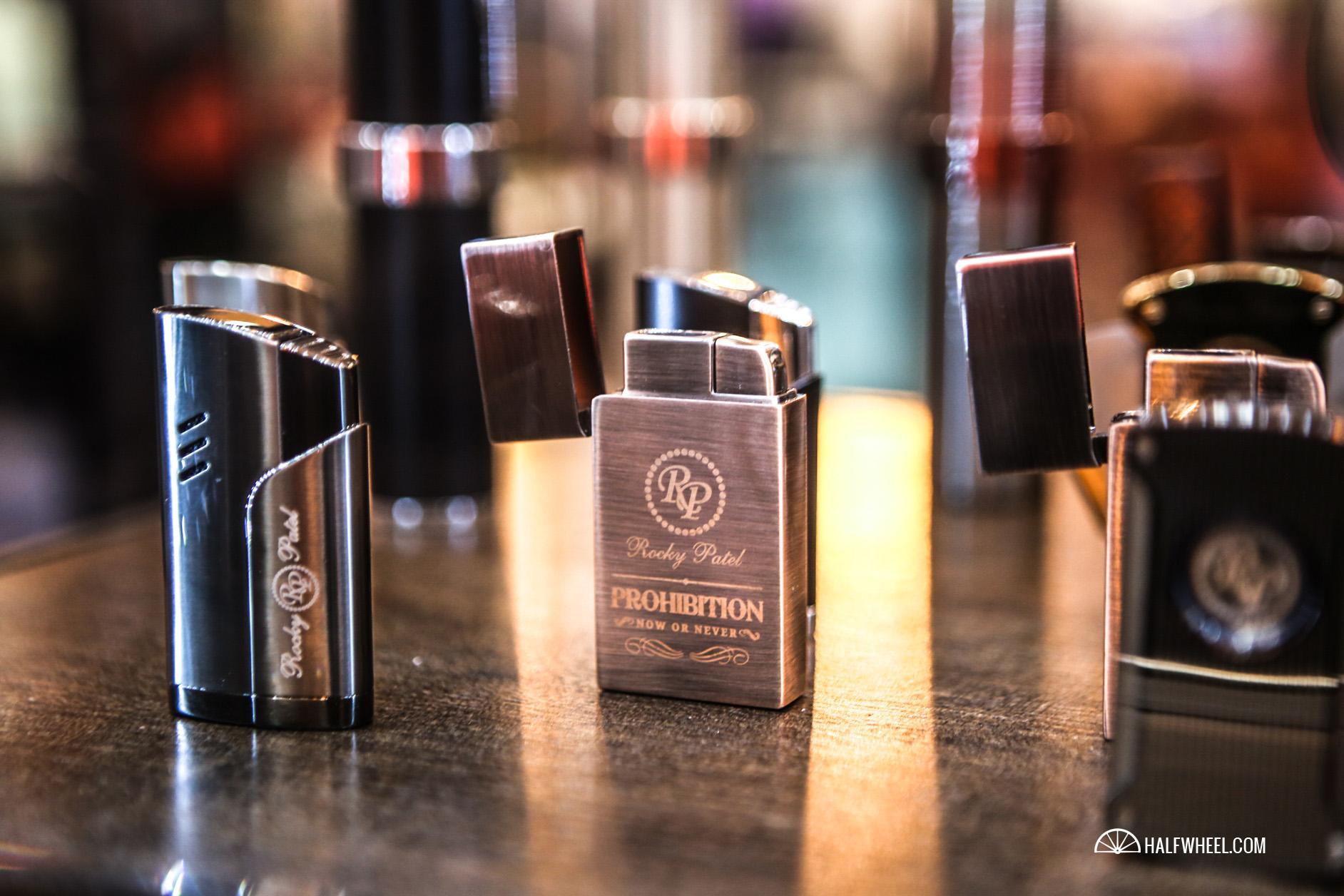 Rocky Patel Prohibition Lighter
A dual-flame lighter for the line that was introduced last year will ship in September. Suggested retail price is $68. Samplers
Formally, they are called “gift packs,” but samples are appropriate. There are six new samplers, all with six cigars each:

All are slated to begin shipping in October. 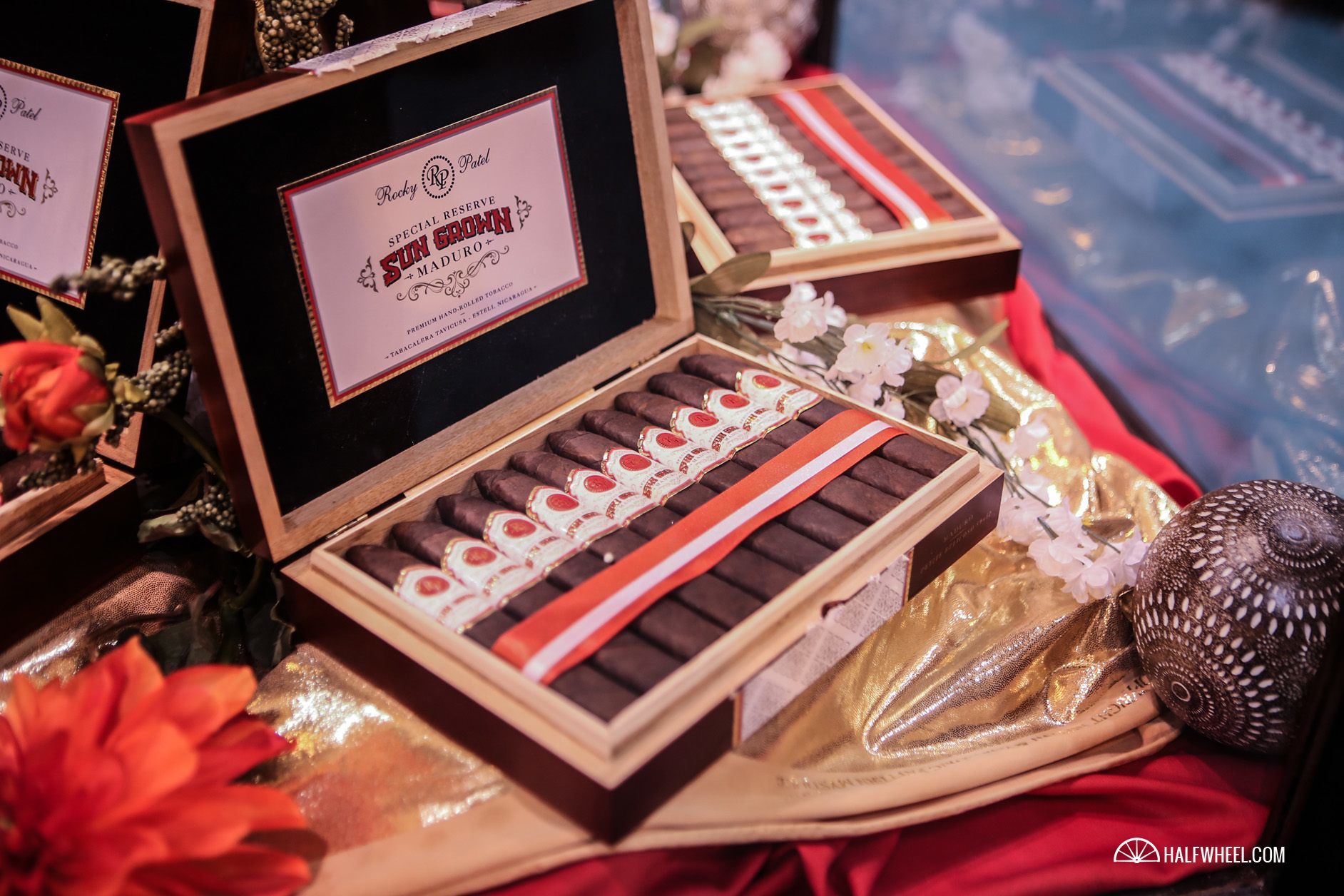 Rocky Patel Sun Grown Maduro
The second of the three major additions hails from TAVICUSA. He has repeatedly described the Sun Grown Maduro as full, stronger than both of the company’s other new lines. It uses a broadleaf wrapper over dual binders and Nicaraguan fillers. 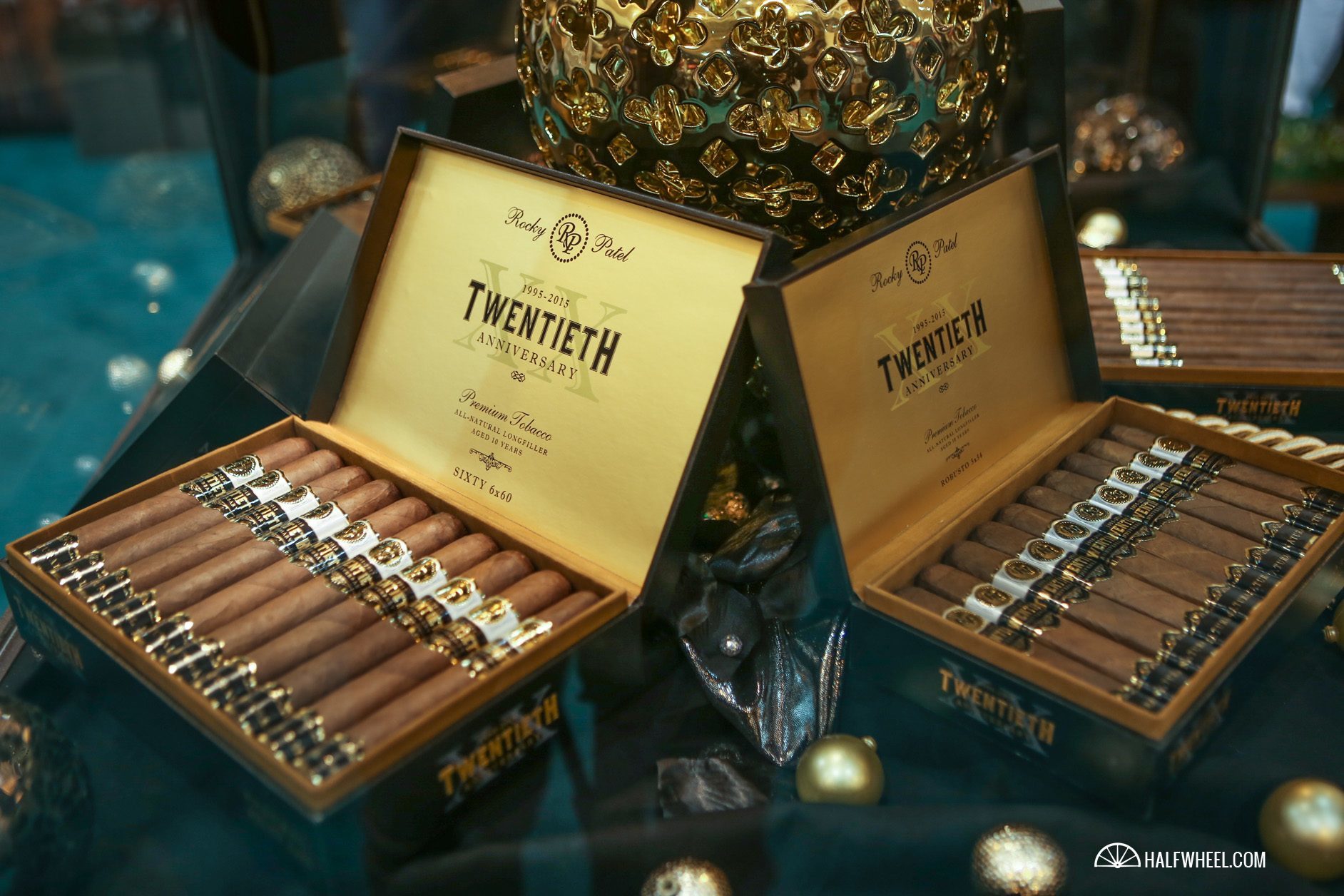 Rocky Patel Twentieth Anniversary
It’s been 20 years since Rocky Patel launched the Indian Tabac brand and now is celebrating two decades in the cigar business. It’s a new regular production cigar made by Plasencia in Honduras using a Honduran wrapper and fillers from Honduras and Nicaragua.