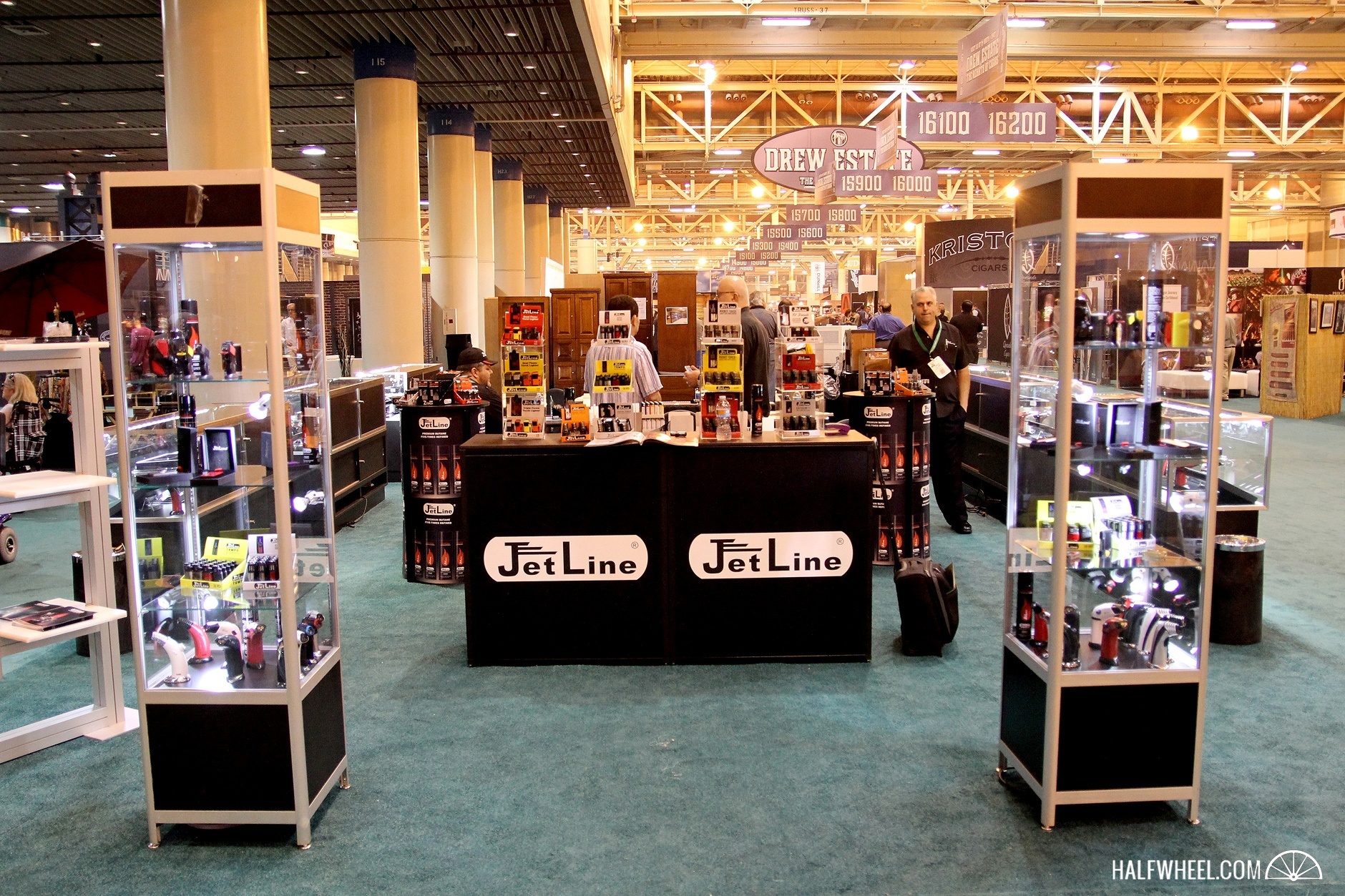 JetLine is bringing a new look and new technology to some of its lighters, as it showed off what it’s calling the TBO version of its ignition system; instead of using a sharp, pointed flame, it puts out a softer but still very effective flame to get your cigars lit. 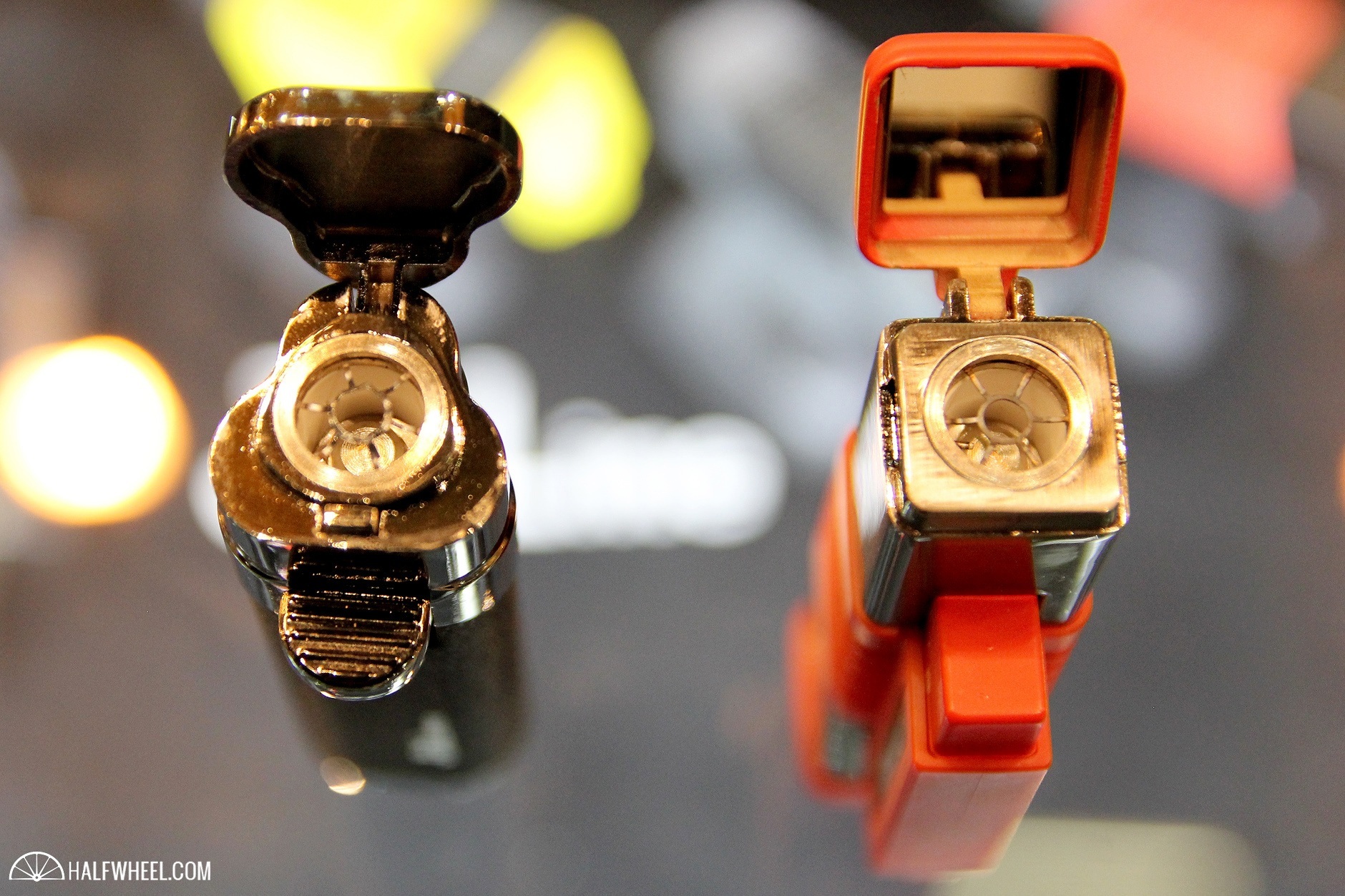 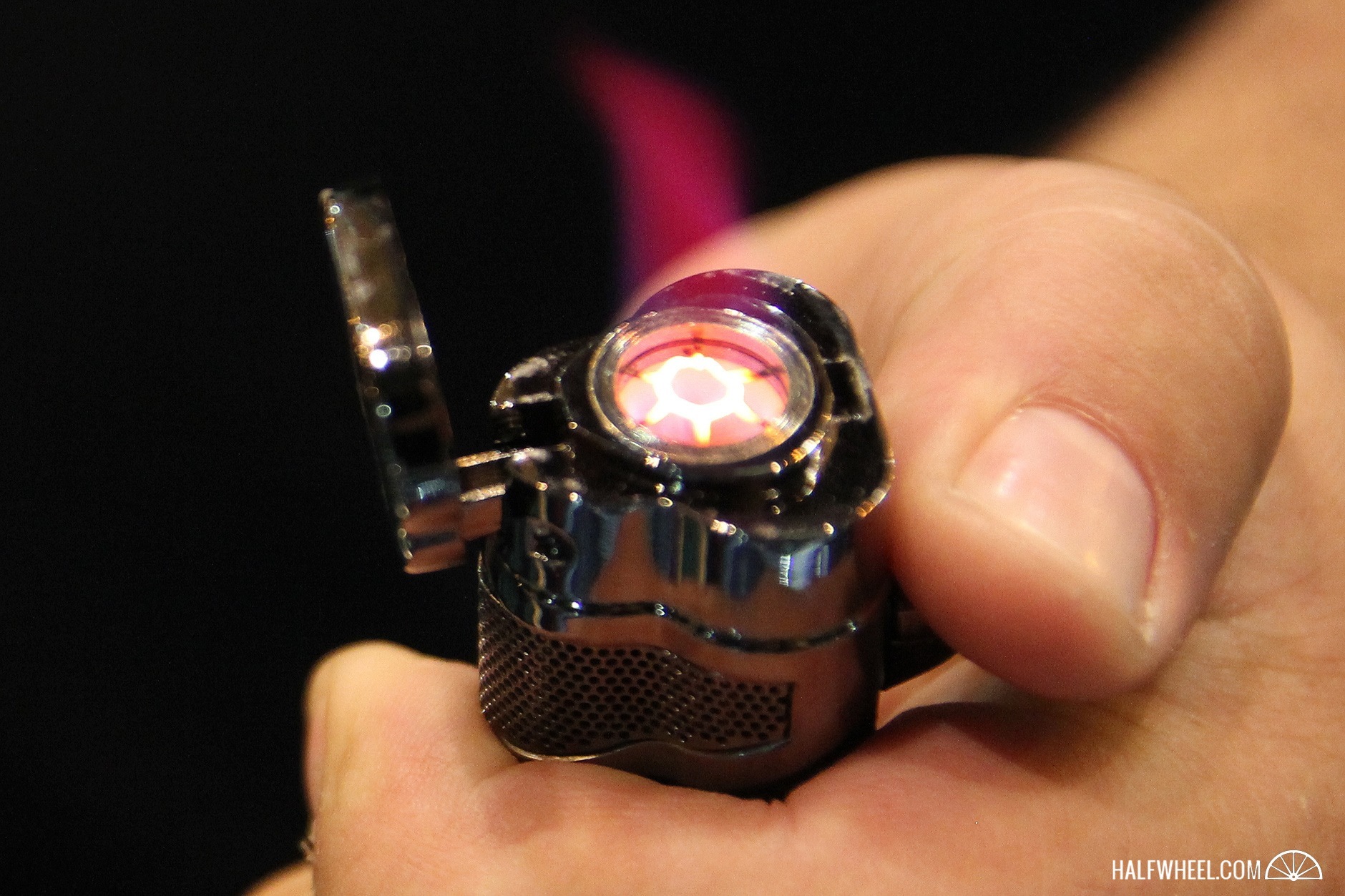 Two of the first models to feature this new design are the New York ($20) and the Gonza ($30). The latter will be the first to debut in mid-August, while the former is due out in October. 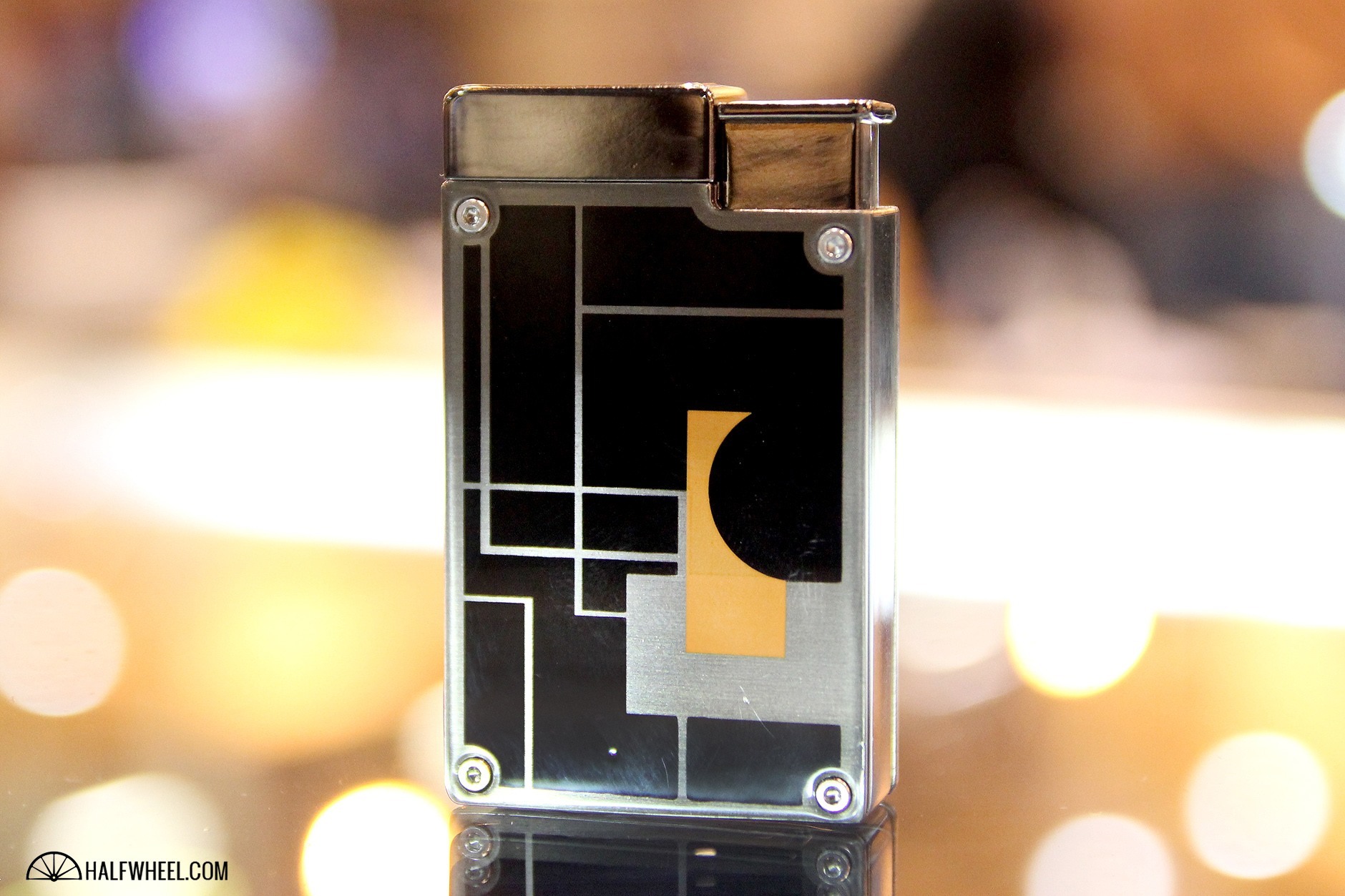 The Roggo ($19.99) is a new look for the company, a dual flame with a punch cut that is also being offered as a line that can be customized with logos or other inscriptions. 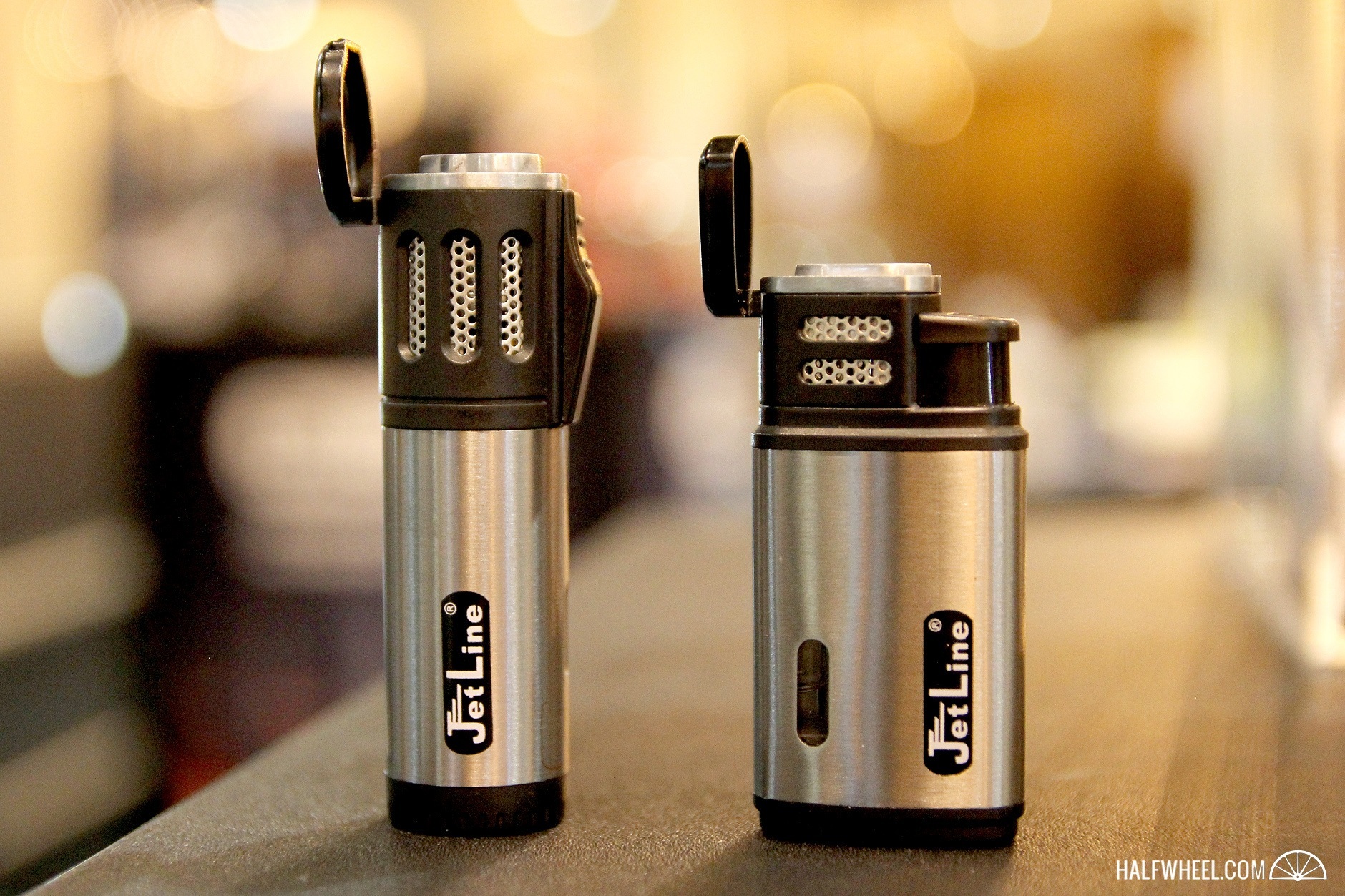 Two other value-oriented lighters are coming out, the Aspen ($10.99) is a tall and cylindrical triple flame with four color options, while the Tempo ($9.99) is a dual flame model with a shorter, rectangular design.

The company also gave us a sneak peek at a new, unnamed design they are working on: 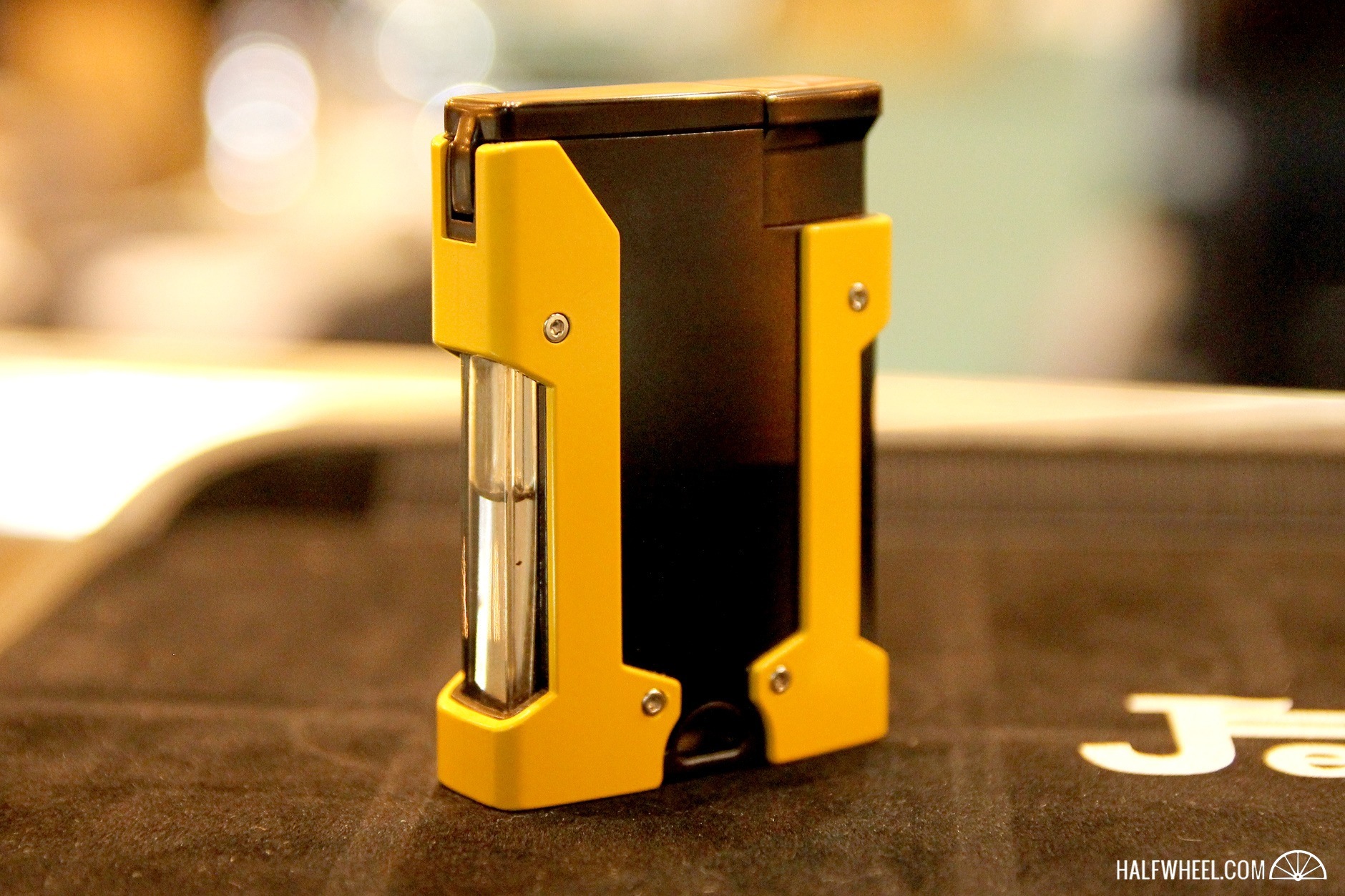 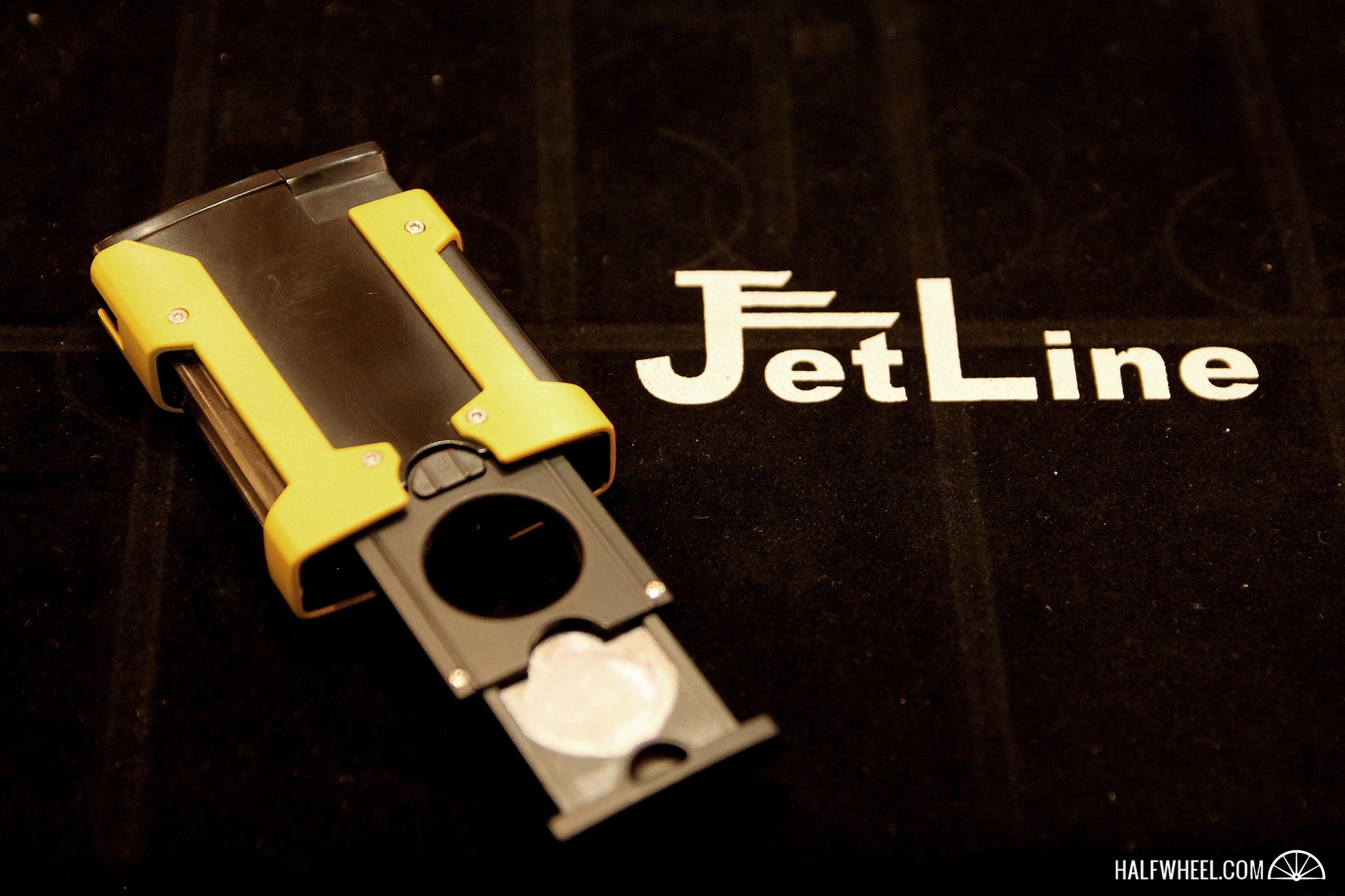 It incorporates a built-in guillotine cutter with a huge fuel window on the side, and could certainly make the case to be your all-in-one cutter and lighter combo. A release date hasn’t been set yet, but it’s expected to be priced around $50.