Each year, it seems HVC Cigars is getting bigger. This year, Reinier Lorenzo’s booth was big enough for him to have a couch. He was also next to a booth selling high-priced massage chairs, which is always a good coincidence. Lorenzo said business was steady, but was one of the growing numbers of people who indicated they wanted to be back in Las Vegas as soon as possible. 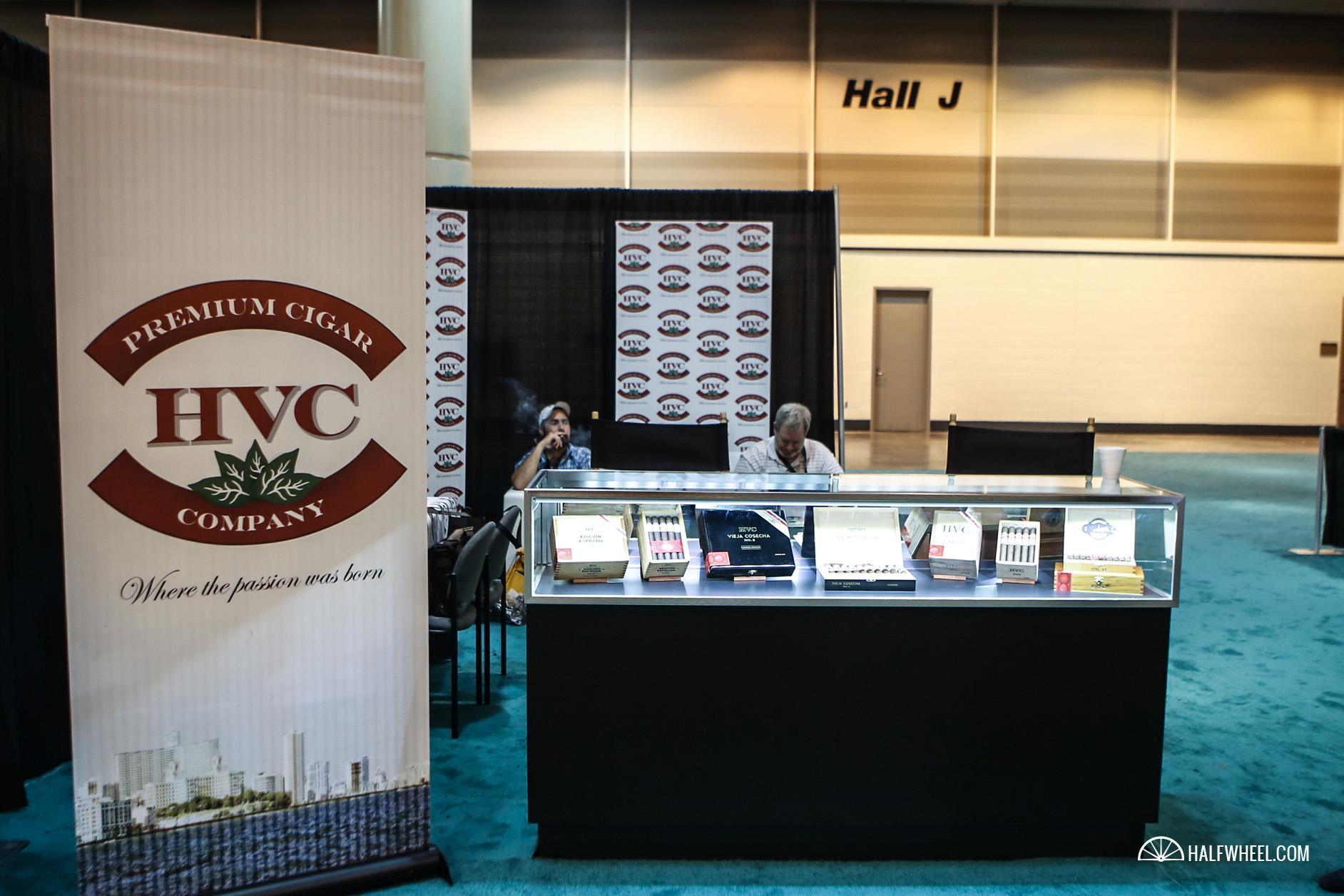 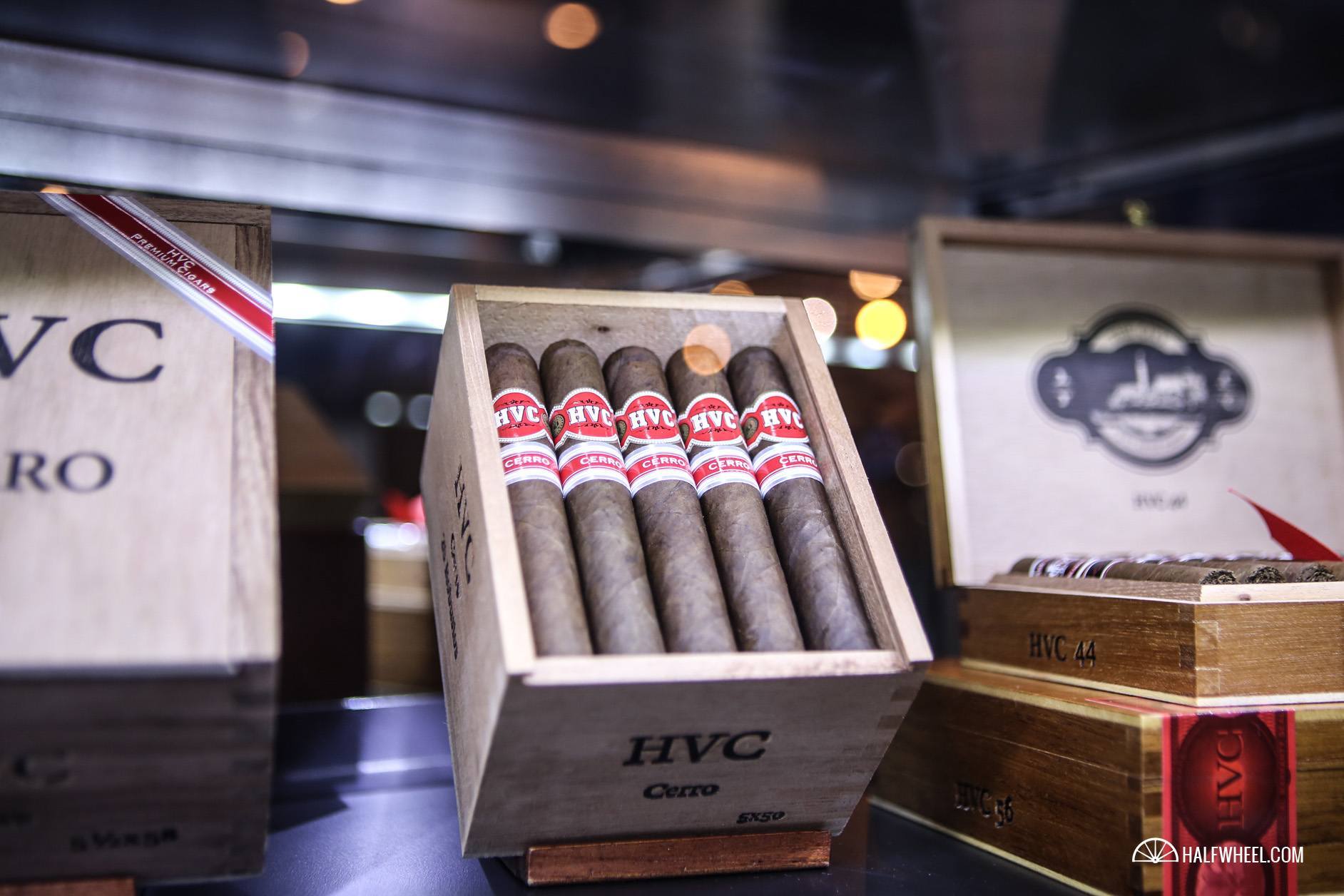 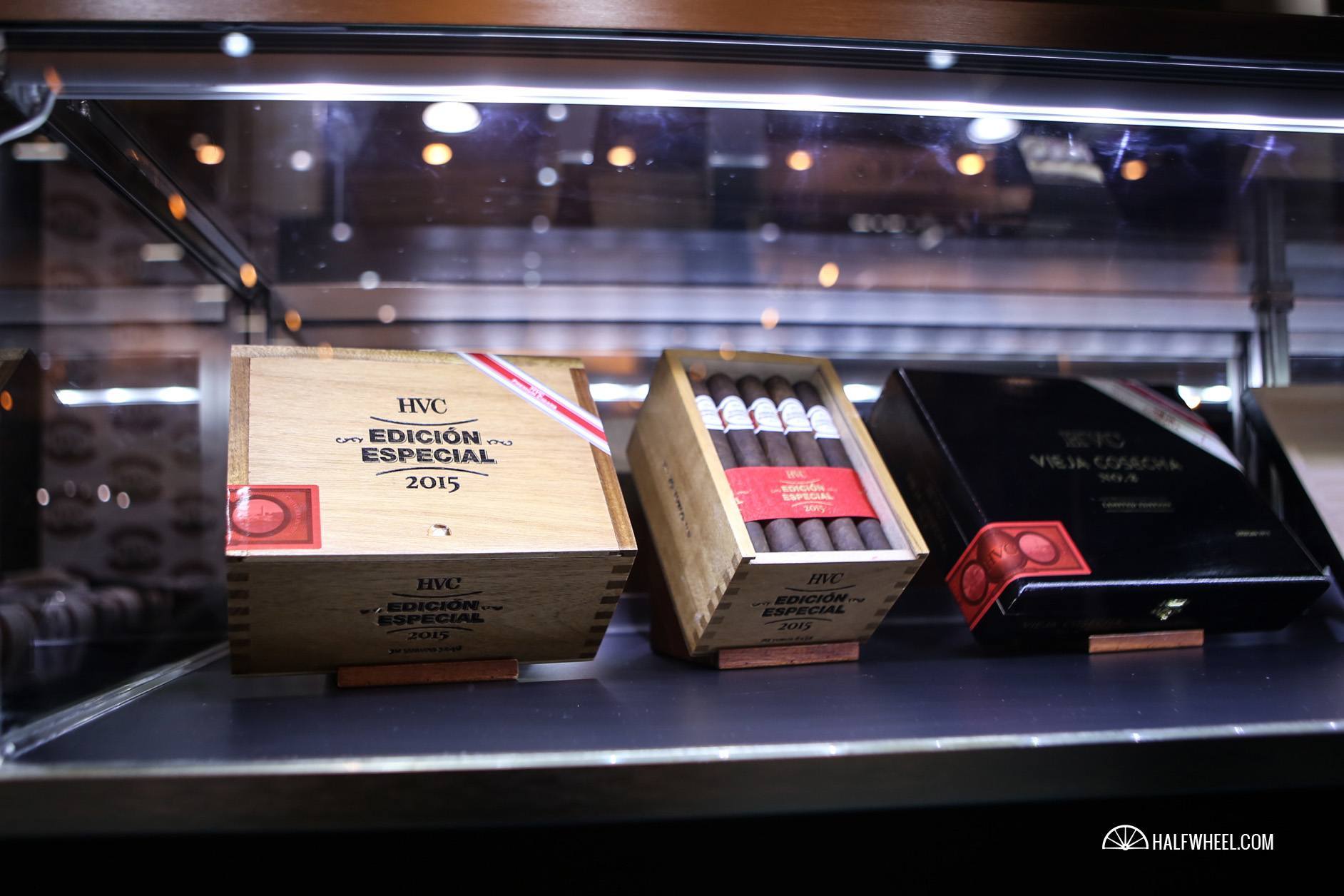 HVC Edición Especial
Despite its name, this isn’t a limited edition. Instead, it’s a three size line that uses a Mexican San Andrés wrapper over Nicaraguan fillers from AGANORSA. It’s available in 5 x 46, 6 x 52 and 6 x 56 and select retailers have already gotten the 6 x 52. HVC Vieja Cosecha No.2
The presentation for this year’s HVC Vieja Cosecha No.2 is noticeably leaps ahead of last year’s. The new 6 1/2 x 56 salomon size is presented in 10-count boxes, which have tobacco packed on top and bottom to help protect the cigars. More details here.