Fratello Cigars happened across a very well placed booth this year, somewhat in the middle of the trade show floor and right next to a very openly designed Oliva booth, causing them to see a lot of traffic. In addition to the Fratello that was already released, this year sees the new release of Fratello Bianco. The new line’s blend is made up of tobacco from five different countries. It has a Mexican San Andrés Maduro wrapper, a Dominican Republic binder and the filler is Nicaraguan Condega and Peruvian Habano. It will be produced at the same factory as their other line, though they aren’t disclosing it, and will be regular production. It is ready to ship and should be seen in stores shortly after the end of the trade show. There are three sizes of the Bianco – the Bianco I (6 1/4 x 44, $8.75), the Bianco II (6 x 50, $9.25) and the Bianco III (5 x 56, $9.00). In addition, there is an event-only cigar (5 x 44) that they will have at their Fratello events. It isn’t a limited production cigar, but will only be available through events. 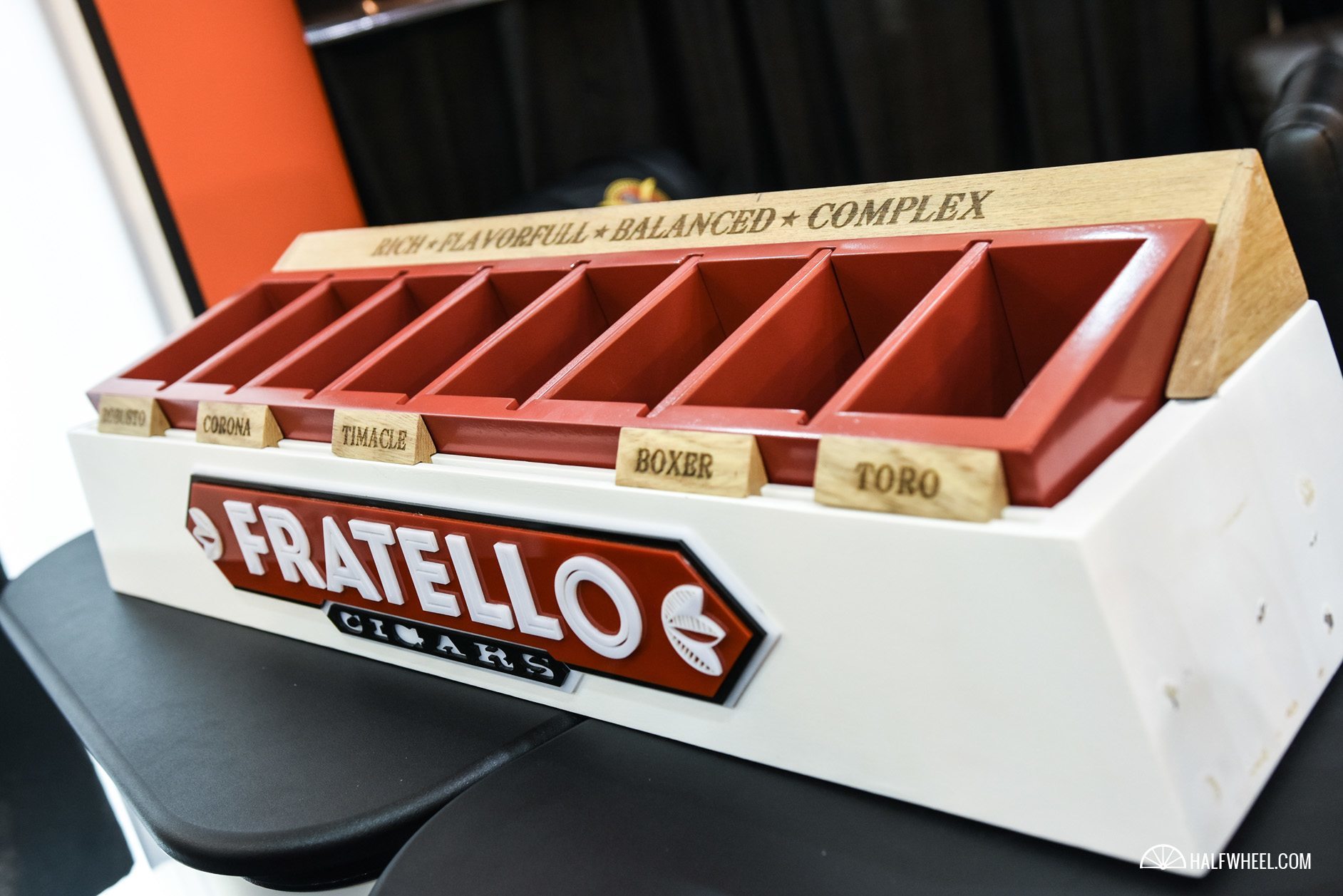 Lastly, Fratello made a new display tray for retailers to show off all eight sizes of their cigars.