One of the first-time exhibitors at this year’s IPCPR Convention & Trade Show was no stranger to the show floor, but now with his own company and debut brand, it would be interesting to see how Nicholas Melillo and Foundation Cigar Co. would be received by the retailers. 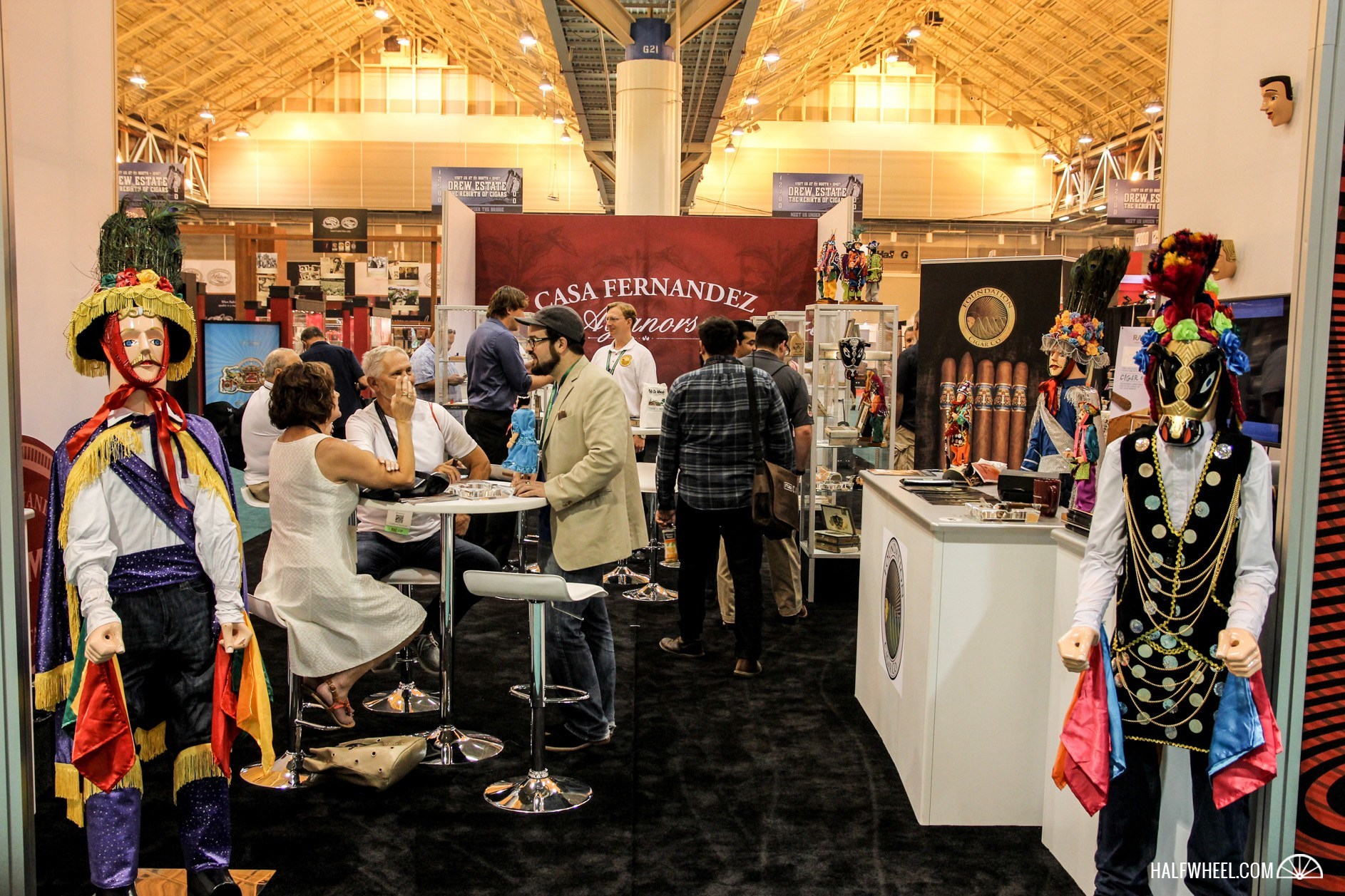 After being greeted by the two figures you see above, it was onto to an introduction to Melillo’s first line, El Güegüense, the Aztec word for the wise man. It’s a Nicaraguan puro using AGANORSA tobacco: a corojo 99 wrapper from Finca Puntalito in Jalapa and a corojo 99 binder from Finca San Jose in Jalapa, while the filler has a mixture of corojo and criollo from Estelí and Jalapa. Tabacos Valle de Jalapa S.A. (TABSA) is producing the cigar. The rest of the booth was elaborately decorated with masks from Nicaraguan artists La Familia Florez, and it was certainly colorful and inviting, as the tables were filled nearly every time we passed by.