In December, I pondered whether or not anyone would challenge XIKAR’s dominance in the $30-100 cutter and lighter market. Turns out, Colibri is going to get serious about doing it. The company has gotten over the quality issues that plagued it a few years ago, its designs continue to be sharp, but more importantly, less XIKAR-inspired and now the company is getting a salesforce. David Lampert joined the company, hired some full-time sales representative and is said to be looking at even more expansion. 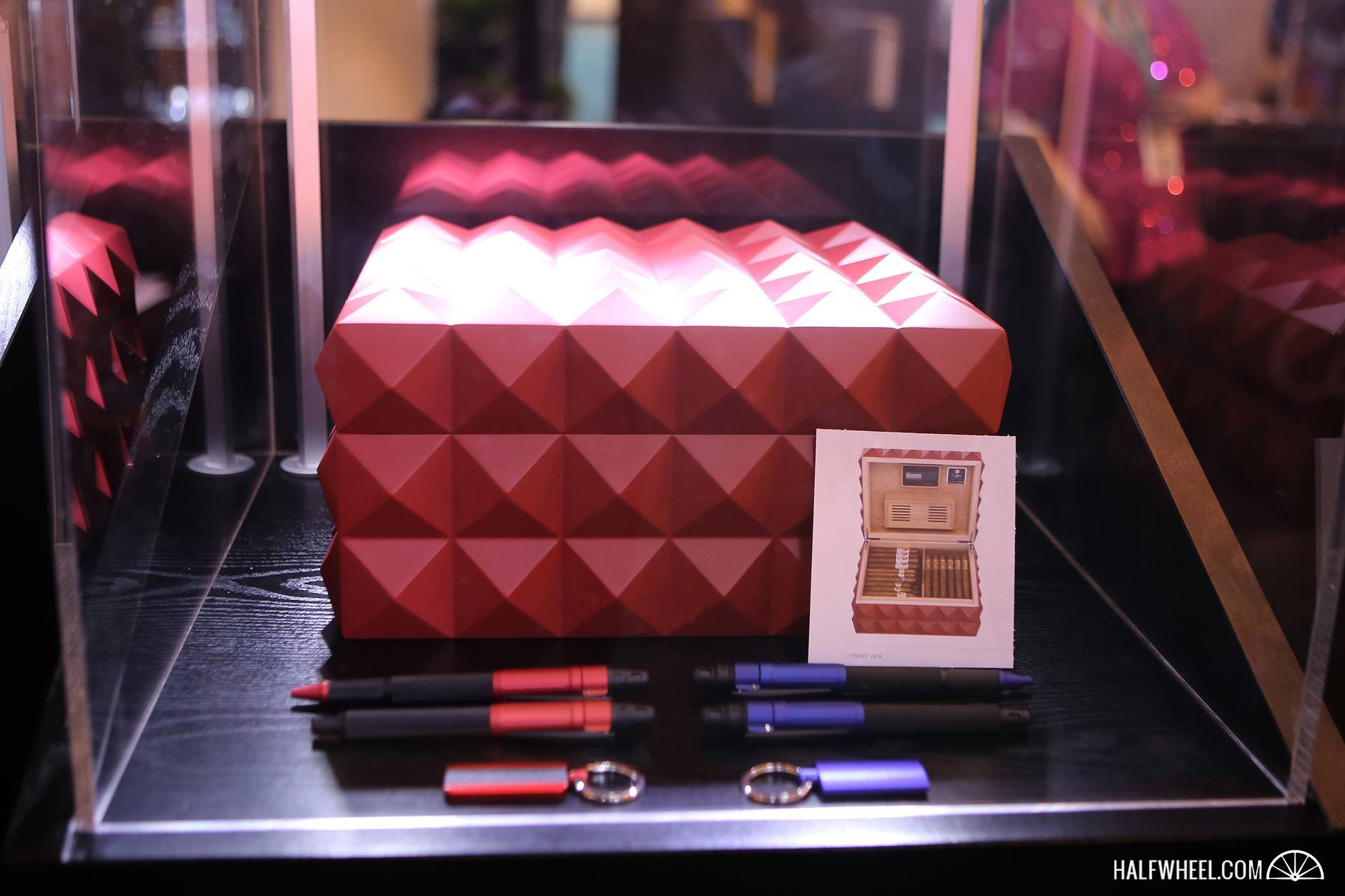 Quasar Humidor
The collaboration with Daniel Marshall is back for another year and more designs. There’s the same 12-inch version from last year offered in matte black as well as a new matte red finish. Only 200 units of each color are being made and they will retail for $1,500. 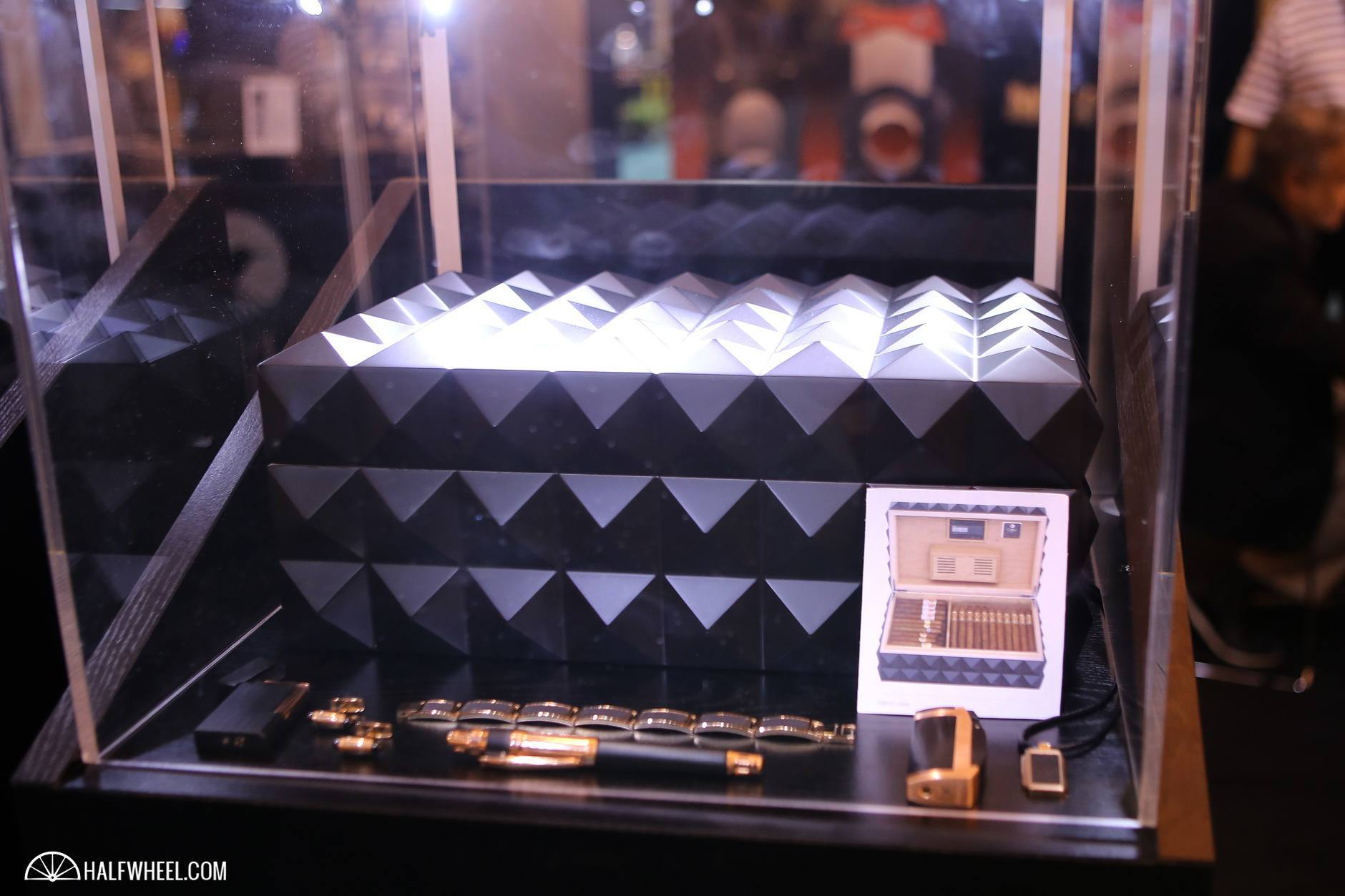 Both humidors ship at the end of this month. Quasar Ashtray
To go along with the humidor, Colibri is creating a melamine ashtray designed to hold six cigars. Because it’s melamine, the ashtray can withstand heat a lot better than traditional ashtrays and is very hard to destroy via normal wear and tear.

This is not limited and will ship in November with a suggested price of $150.

There’s also a limited edition version of the Astoria being made in collaboration with the Fuente family, whose Fuente Fuente OpusX brand turns 20 this year. Pricing on that is $185 and it will ship in the fall.

You can read Patrick Lagreid’s review of the triple flame lighter with guillotine cutter, here.

Colibri Enterprise 2 Jewelry Finish
There’s updated color options with chrome, gold and rose gold details. The new version of the dual flame lighter that is shipping now with a suggested price of $79. 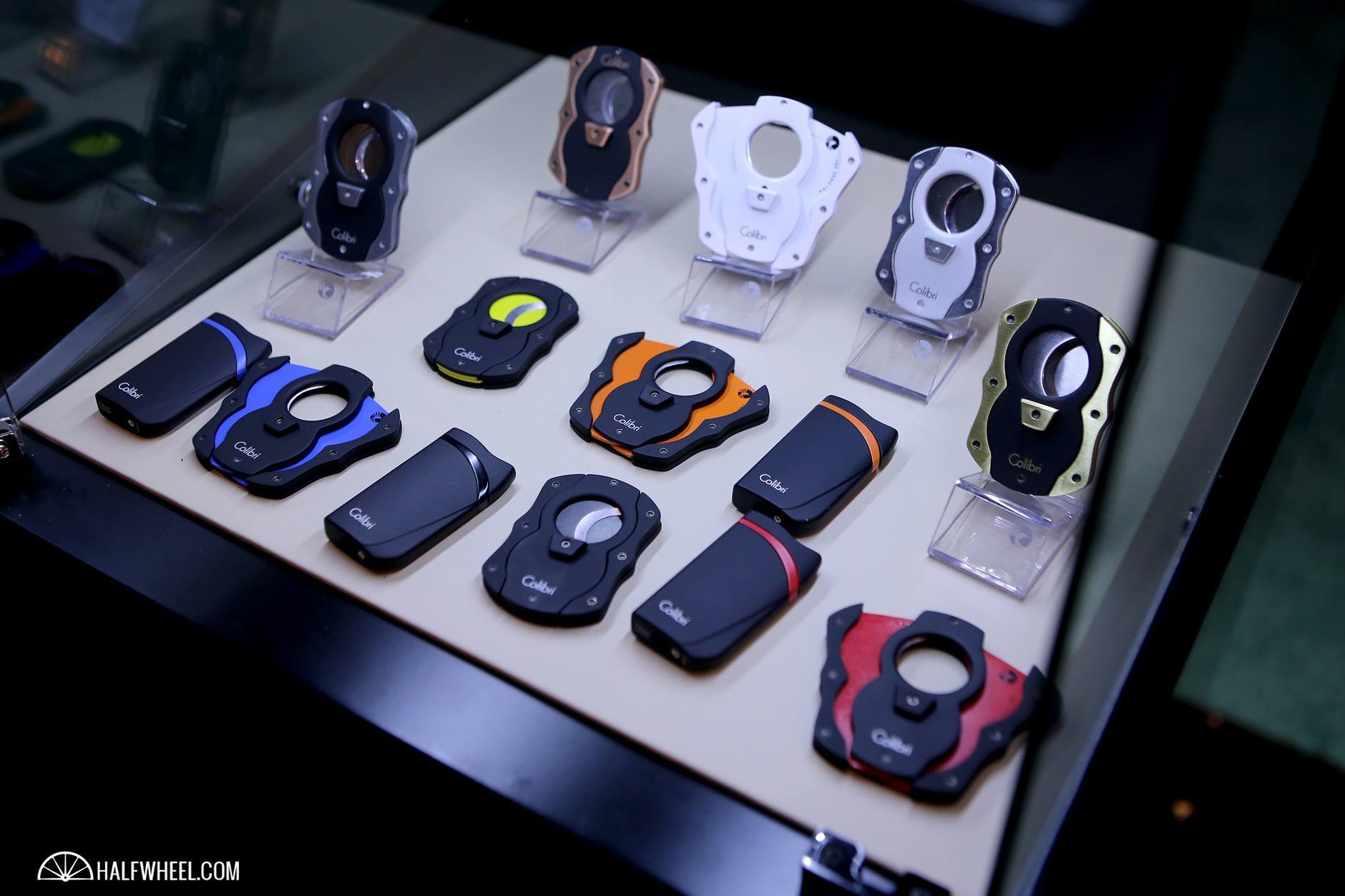 Colibri Falcon
This is a new single-flame torch lighter with a rubberized black lacquer base. It was designed to pair well with the Colibri Cut guillotine cutter. It will ship in September. The lighter itself is $39, a gift set with the Falcon and matching Cut cutter will retail for $78. Colibri Monaco
This is a new triple-flame lighter, featuring the angled jets that are found on the Stealth 3 and Astoria cutters. It’s offered in four finishes—black, silver, red and blue—with a rubberized lacquer finish.

Look for the Monaco in October with a suggested retail price of $69. 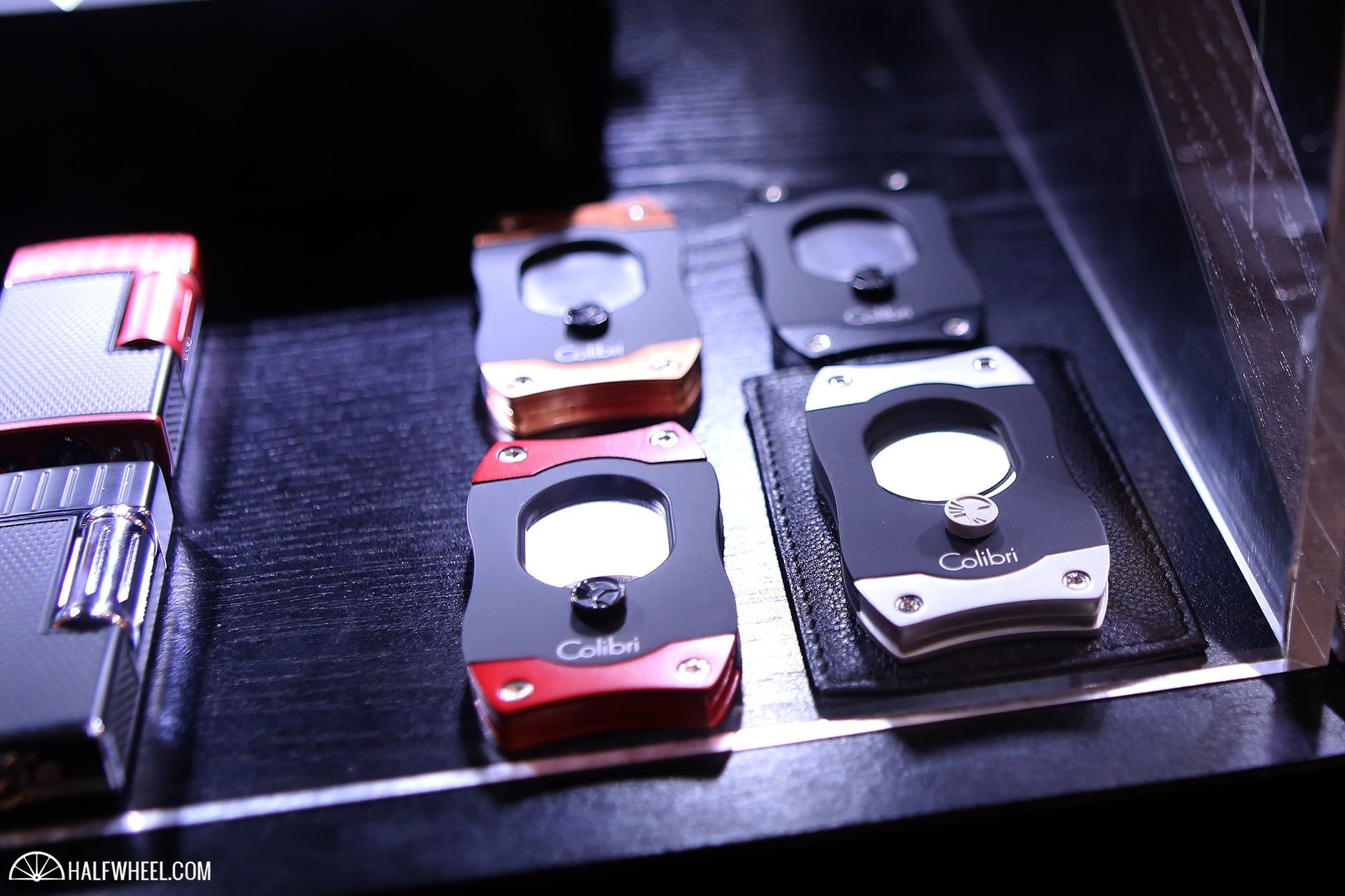 Colibri S-Cut
It’s pretty simple, it’s the Colibri V-Cut without the v-cut. The S-Cut is a dual guillotine cutter with one fixed blade and one moving blade. In addition, there’s a solid back. There’s a total of six colors.

Pricing is suggested at $39 and a scheduled ship date in mid-November. More details here.

Colibri Torque
There’s new color options for this double-flame lighter. Pricing is $79 and it is expected to begin shipping next month. Colibri V-Cut
Speaking of the V-Cut, there’s four new colors: blue, green, orange and pink. Pricing is $39 and these ship in October.

Colibri Voyager, Belmont & Scepter
There’s also new finishes for these lighters. The Belmont ($39) and Scepter ($49) are shipping now, while the Voyager will ship in September for $79. Colibri Wellington
There’s new colors for the soft flame lighter. They will head to stores in August with a suggested retail price of $59. Firebird Wildcat Table Lighter
This is a new triple-flame lighter in three colors. It’s shipping now with a price tag of $49.

Firebird Wildcat 1
It’s a smaller version of the aforementioned table lighter. This is a single flame version available in the same colors, plus silver, and has a suggested retail price of $9.99. It will ship in November.

Torino Lamborghini
The Estremo lighter ($150) will get a matte black finish added to its color options, meaning it will be available in red/black, orange/black, black/black, as well as the Forza ($175), which will now be offered in red/black, yellow/back and blue/black.