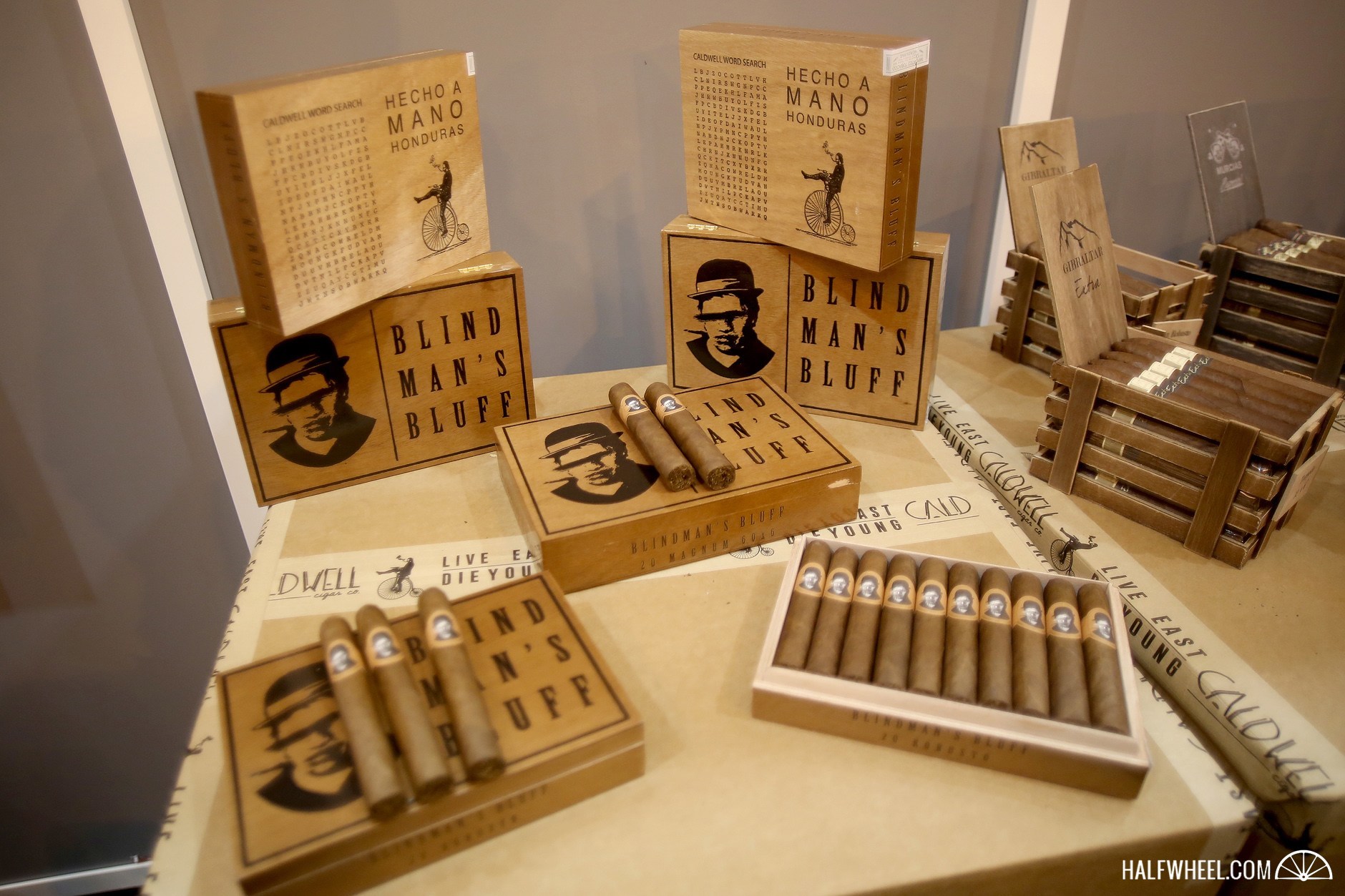 Blind Man’s Bluff
The new brand is Blind Man’s Bluff, which will debut in three different vitolas, all of which will be sold in boxes of 20: Robusto (5 x 50, $7.50), Toro (6 x 52, $8.50) and Magnum (6 x 60, $9.50.) The blend incorporates a Ecuadorian habano wrapper covering a Honduran criollo binder and filler tobaccos from Honduras and the Dominican Republic and are being rolled at Agroindustrias Laepe S.A. in Danli, Honduras.

Iberian Express
In addition to the new line, Calwell has reblended the value brands of Selvillana, Gibraltar and Muricas lines and renamed them Sevillana Reserva, Gibraltar Extra and Muricas Especial respectively. These three cigars are known as the Iberian Express and will be sent to retailers after the show.