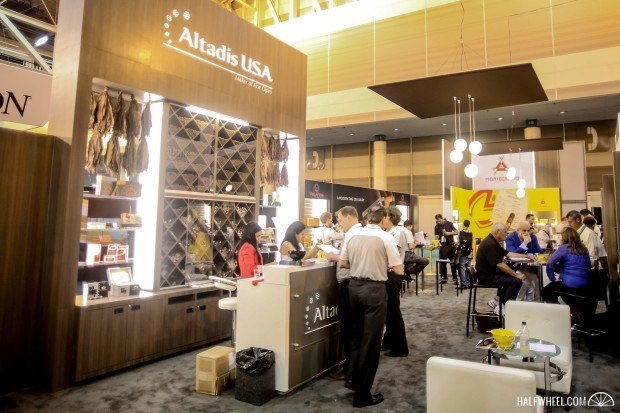 The Altadis U.S.A. booth was a busy place to be early in the week, as the company had a handful of limited editions that sold out on day one and several other new releases that were gaining quite a bit of attention. 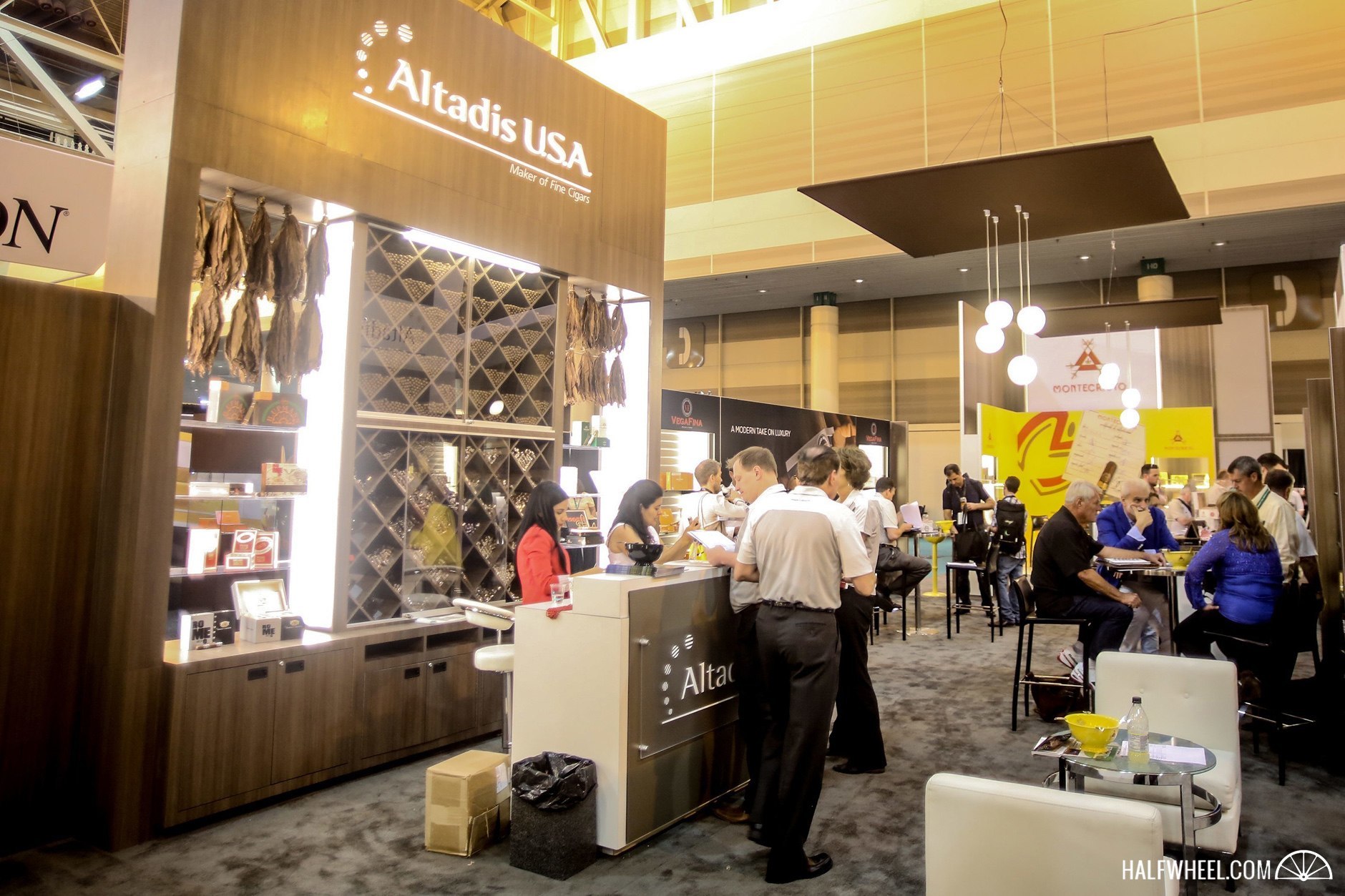 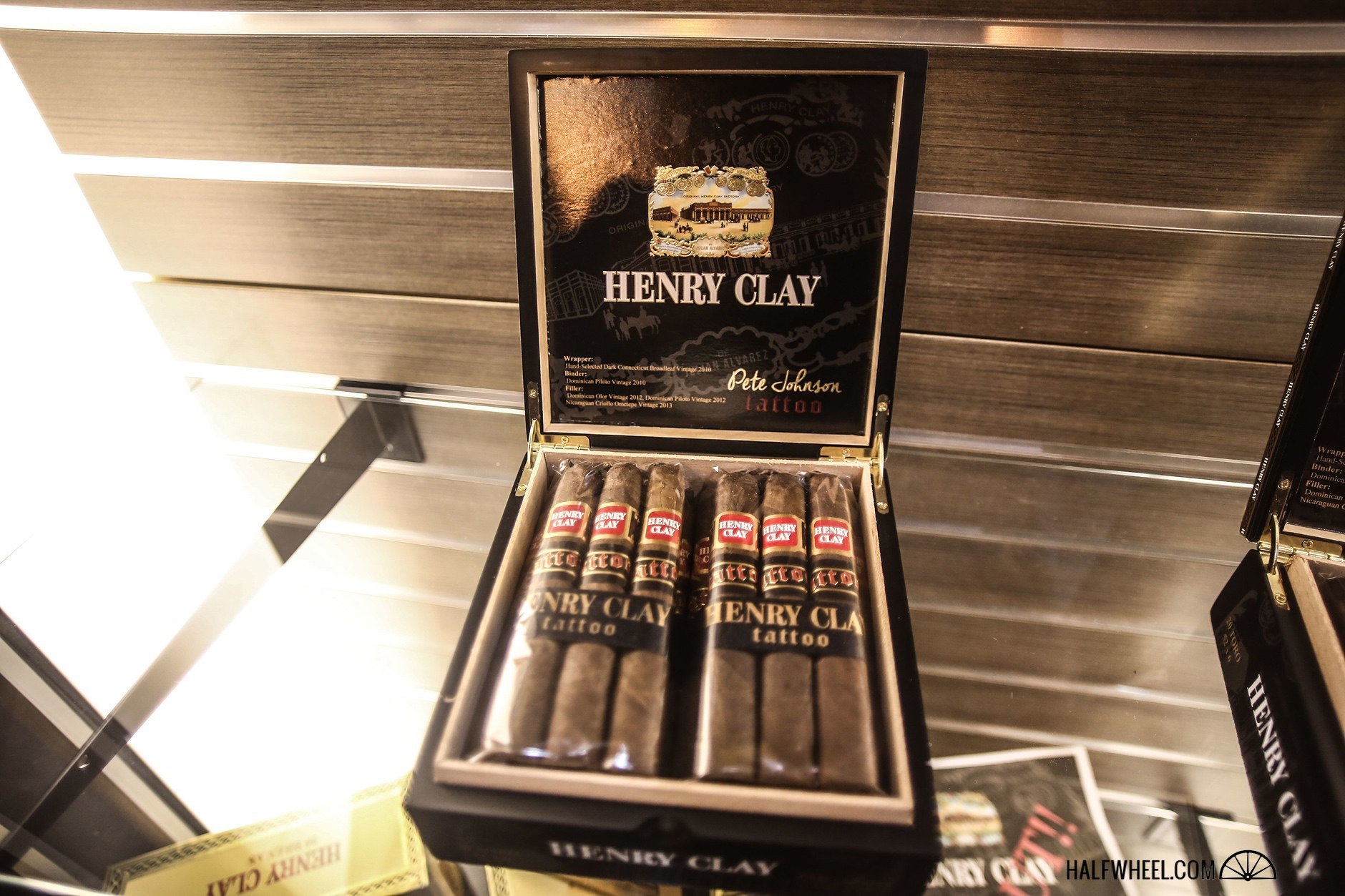 Henry Clay Tattoo
While it is hard to pick a headliner, the reaction for the collaboration with Pete Johnson of Tatuaje that will result in the Henry Clay Tattoo was hard to deny, as all 2,500 boxes of 25 were sold out on the first day of the show. They will be priced at $9.50 per cigar when they hit shelves as early as the end of July. 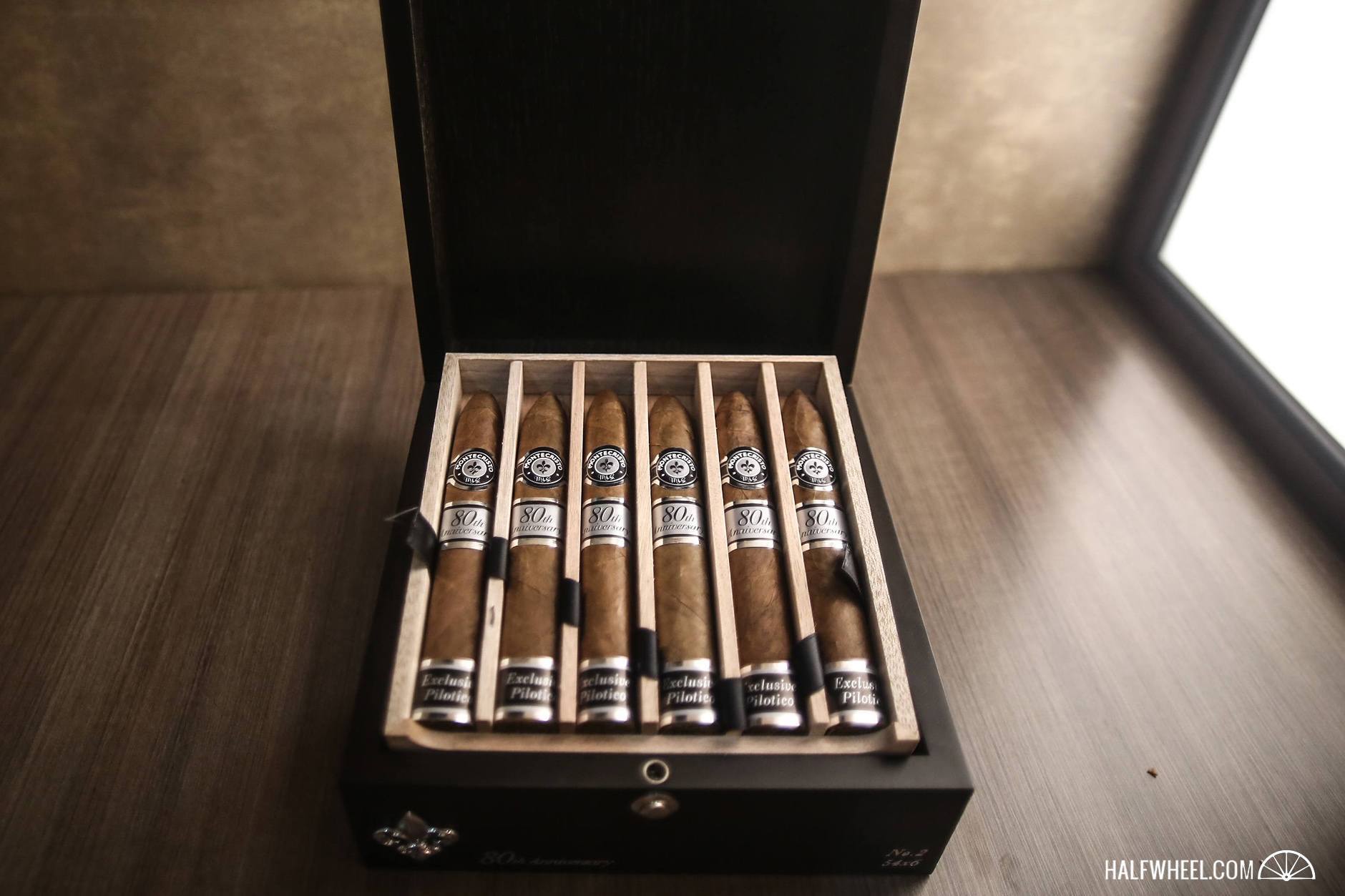 Montecristo 80th Anniversary
The other big headliner in the Altadis U.S.A. booth was the Montercristo 80th Anniversary, a cigar that brings back a tobacco varietal called Pilotico, a Dominican-grown Cuban seed that hadn’t been used in some time due to how it responded to a certain type of disease. Those issues have largely been eradicated and the tobacco is able to be grown successfully, and Altadis U.S.A. is showcasing it in this new release.

The seeds were hand-carried by noted farmer Pepe Mendez when he left Cuba and have been in storage until fairly recently, when they were grown in the Navarette region of the Dominican Republic. The plants are notably smaller than what you might be familiar with and produce fewer, smaller leaves, but the flavors remain rich and bold.

Siegfied Mendez-Maruschke, one of the growers of the tobacco, talked a bit more with us.

As for the rest of the components in the cigar, it uses an Ecuadorian Sumatra wrapper, while the binder is a Dominican olor leaf from the 2010 Villa Gonzalez crop. The Dominican Pilotico in the filler is complemented by Nicaraguan criollo ’98 and Nicaraguan corojo ’99. 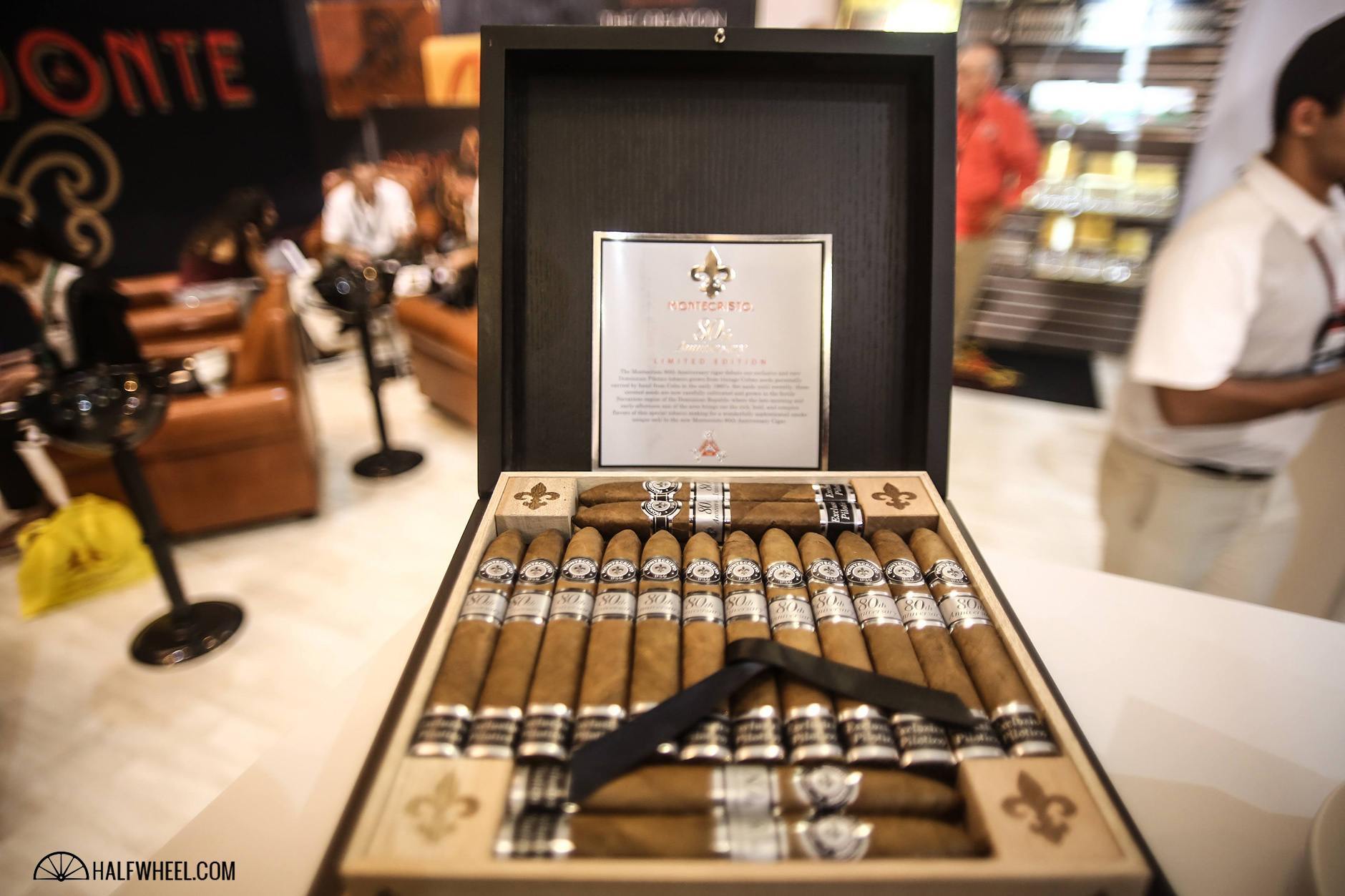 It’s being released in a single vitola, the Belicoso No. 2 (6 x 54), with 3000 boxes of 12 cigars being produced, along with 80 humidors of 80 cigars, and the sales of both were very brisk early in the show. The single stick MSRP is $22, and it is expected to begin shipping in early September. Montecristo White Vintage Connecticut
The Montecristo line also added the White Vintage Connecticut, which uses a 2008 Connecticut shade-grown wrapper from the company’s farms, Nicaraguan binder and filler from the Dominican Republic, Nicaragua and Peru. While it may share the Montecristo White name, it’s a unique blend that needs to be tried on its own. It comes in three sizes, No. 2 Belicoso (6 x 50), No. 3  (5 1/2 x 44) and Double Corona (6 1/4 x 50), with pricing between $10.50 and $14.50 per cigar. It should be on stores in the coming weeks. 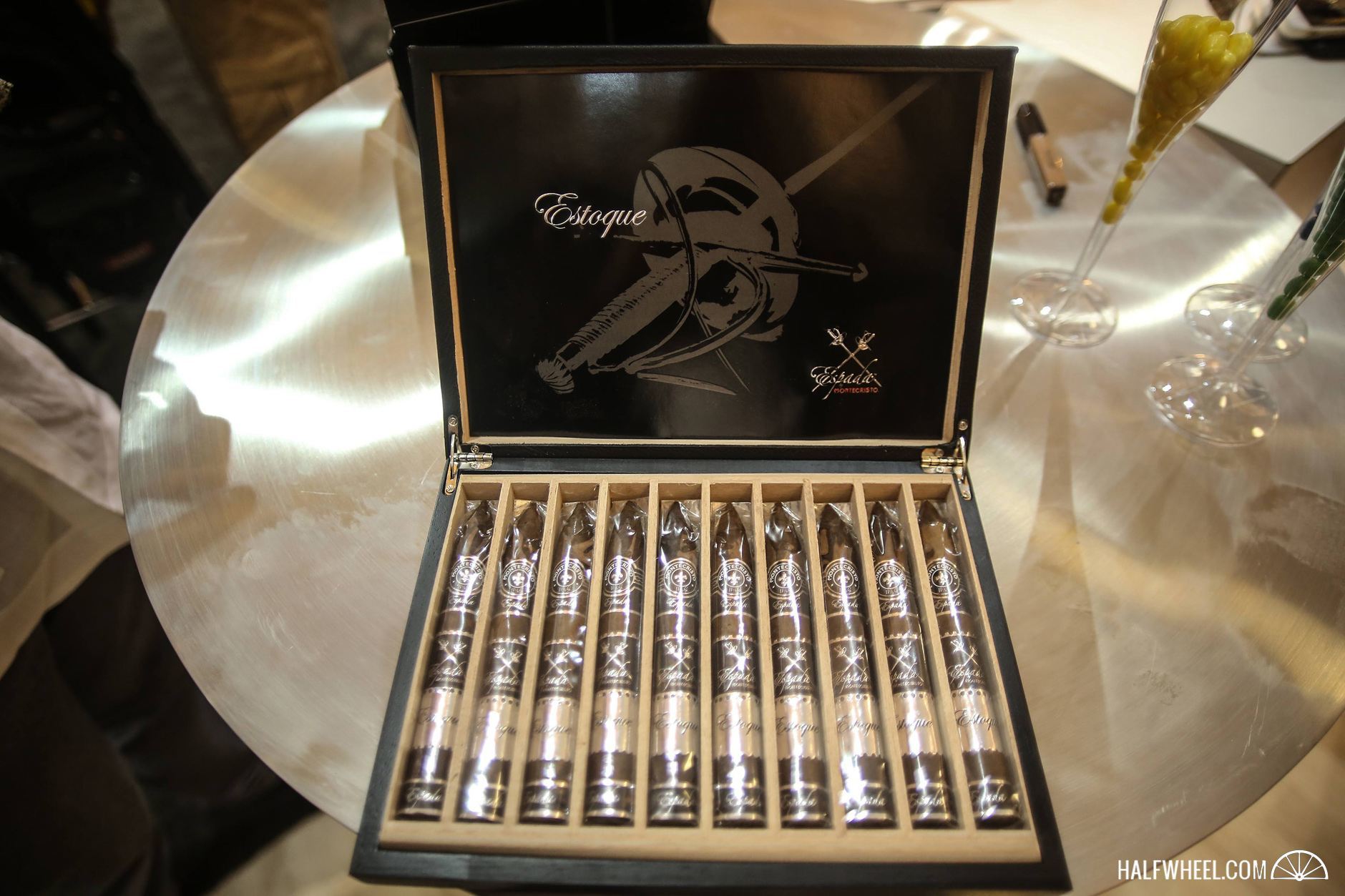 Montecristo Estoque
Rounding out the new additions for Montecristo is the Estoque, a limited edition that builds on last year’s release of the Espada line. The name comes from the flat and elegantly shaped sword wielded by Spanish Matadors in the bullfighting arena, while the tobacco comes completely from Nicaragua. 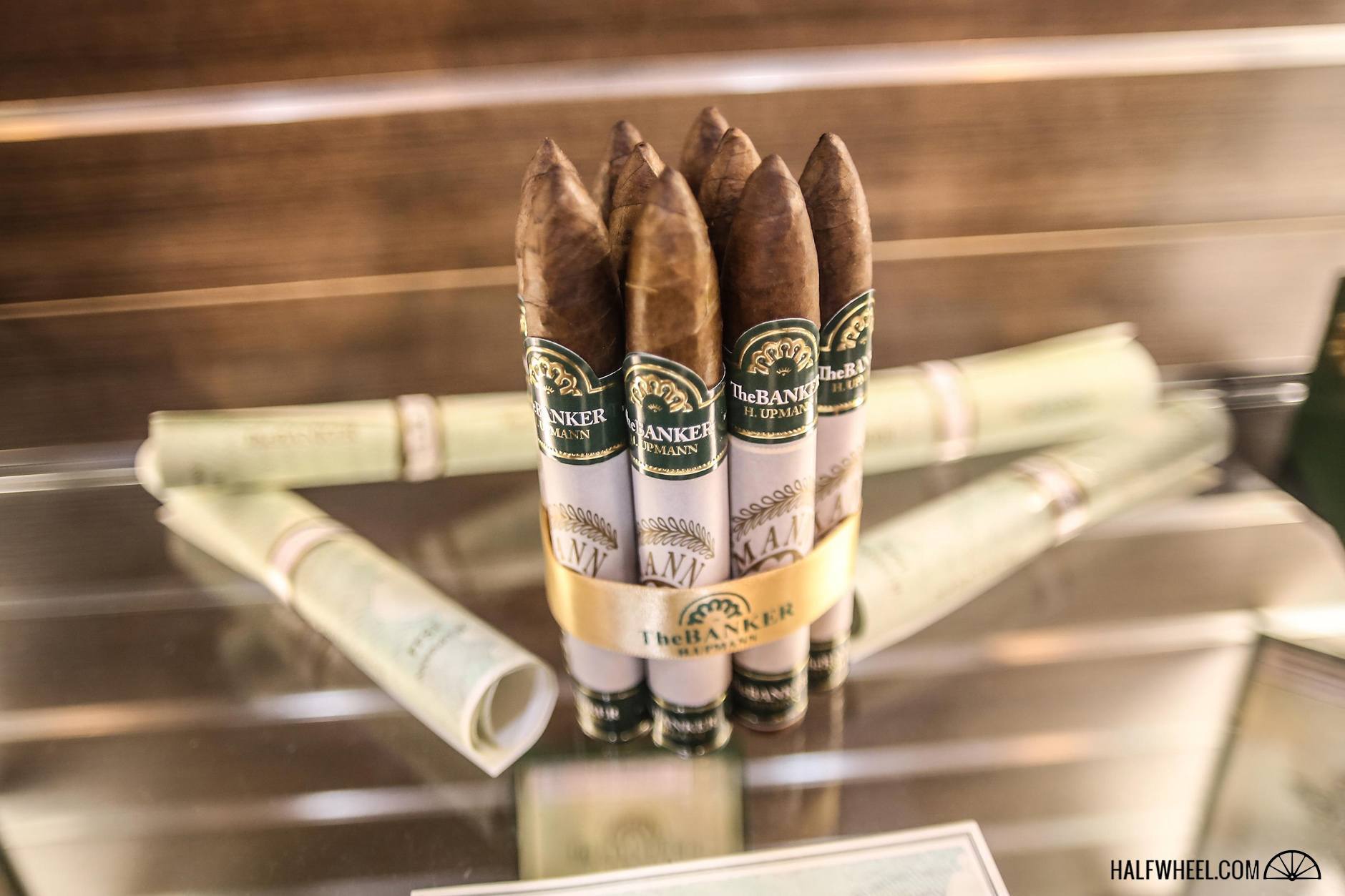 There’s a new size for H. Upmann’s The Banker line as it has its first figurado, the 6 1/8 x 52 Basis Point No. 2 will arrive in August and uses the same blend of a dark Ecuadorian habano wrapper, a Nicaraguan binder from the Jalapa region, and aged Nicaraguan and Dominican fillers. It has an MSRP of $8.30 before taxes and comes in 15-count boxes.

As we have seen in years past, several brands are getting limited edition humidor editions. This year, it’s the Vega Fina Nicaragua, Espada by Montecristo, Montecristo White Vintage Connecticut and ROMEO Añejo by Romeo y Julieta. 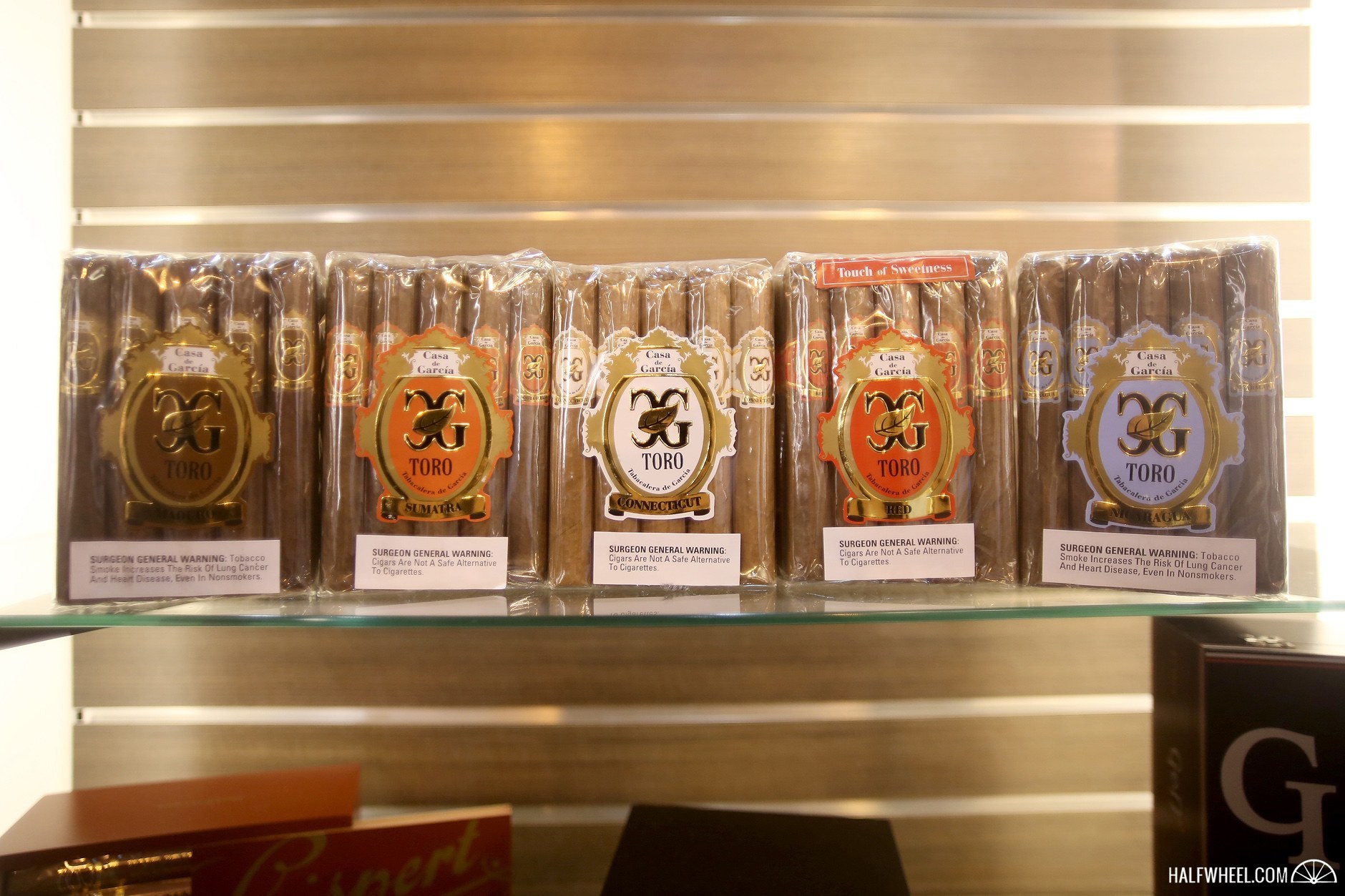 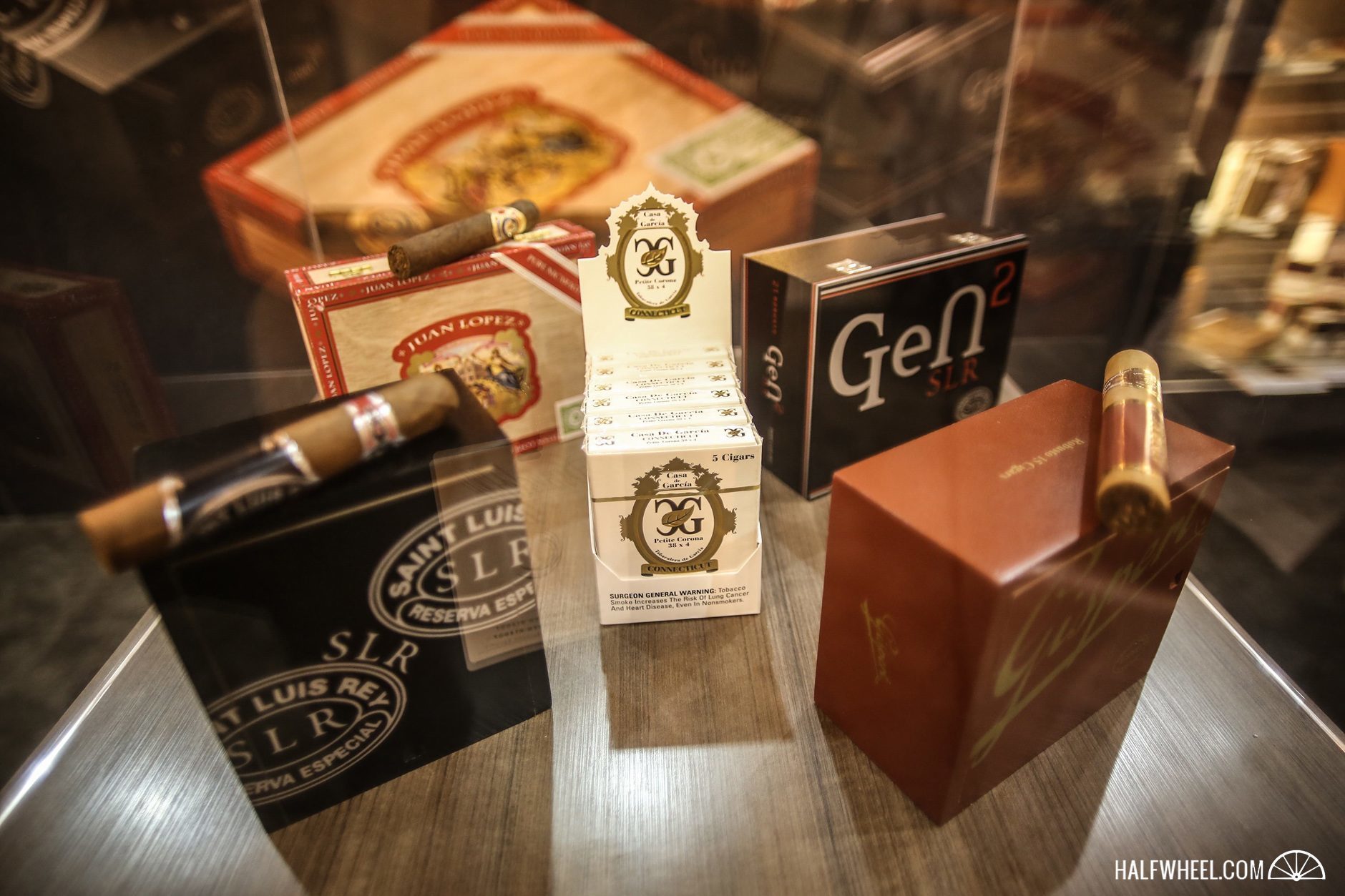 There’s also a new six-pack of the Casa de García Connecticut Petit Corona (4 x 38) that sells for $6.25 per pack. 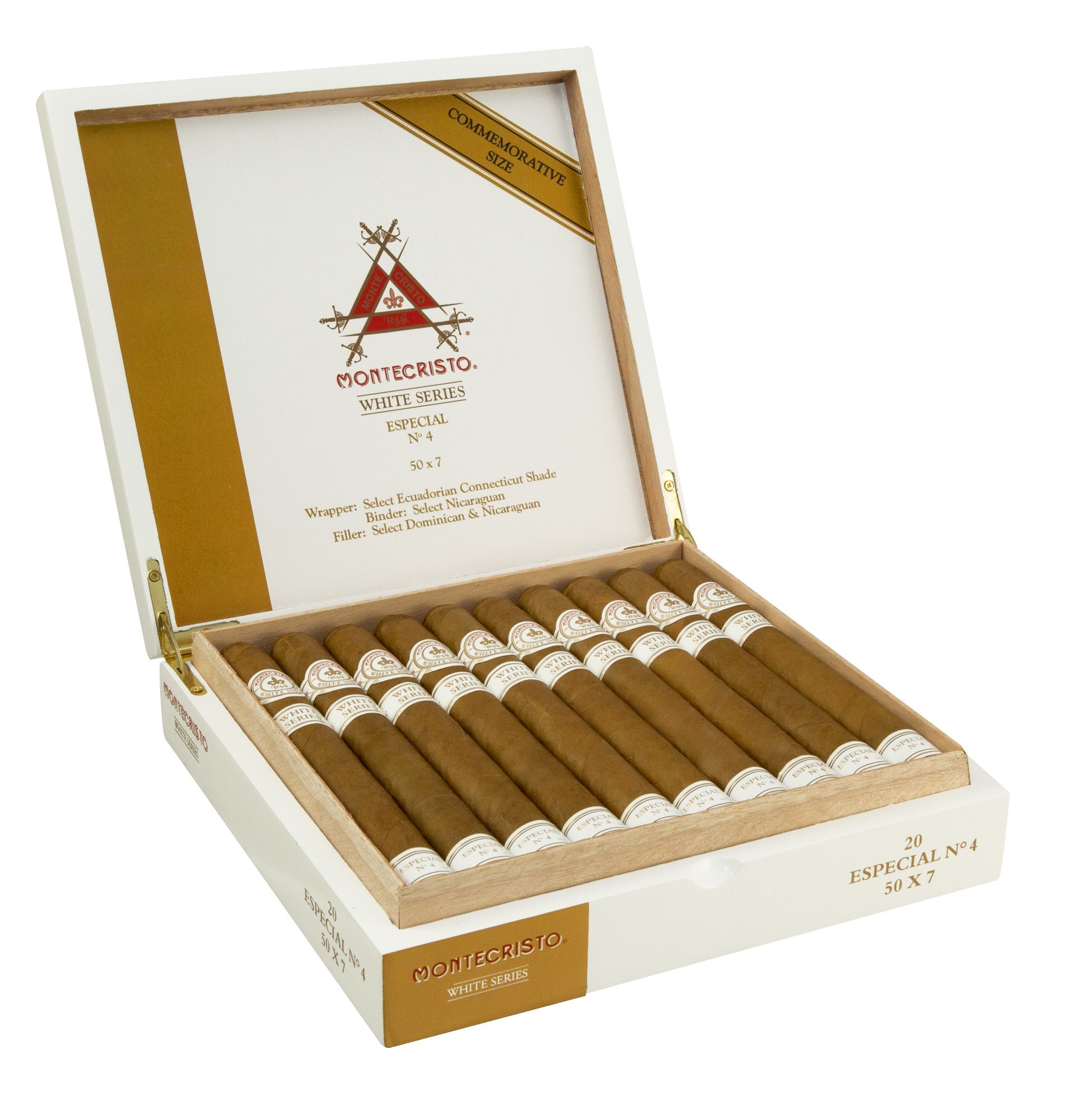