After covering Rocky Patel for the last five years, there are two things that have been hallmarks of the company’s trade shows each year. One, it announces shipping dates and actually sticks to them. Rocky Patel is unquestionably the best in the business when it comes to delivering on shipping promises. Secondly, the trade show usually features a lot of products coming from the company’s Tavicusa factory in Estelí, Nicaragua—which is co-owned by the company and Amilcar Perez Castro. This year was odd. Not only did the company not announce ship dates for its products, but only one new line is coming from Tavicusa. Regardless, in many ways it was business as usual in the familiar booth—tripping over reps and customers to photograph the latest from Rocky Patel. Rocky Patel Catch 22
These will come in 22-count boxes—except the rothchild size which comes in 50-count cabinets, with pricing set between $4.50-$5.50. More details can be found here. Oddly it does not say Rocky Patel anywhere on the box. Rocky Patel Prohibition
It’s Rocky’s ode to the FDA. Due to the impending regulations, Patel wanted to make a cigar that describes a world we live in, or might live in. His thought? Prohibition. The cigars come in jars, which are placed in a refillable trunk. All of it plays off of the speakeasy days. More details here. Rocky Patel Super Ligero
It uses an experimental ligero varietal that the Plasencias have been playing with. The company says its quite smooth and that for the time being, they are the only ones to have it. More details here.

Rocky Patel Vintage
Not a new show item, but pricing on Vintage has been reduced anywhere from 25 cents to $1.10 per size. 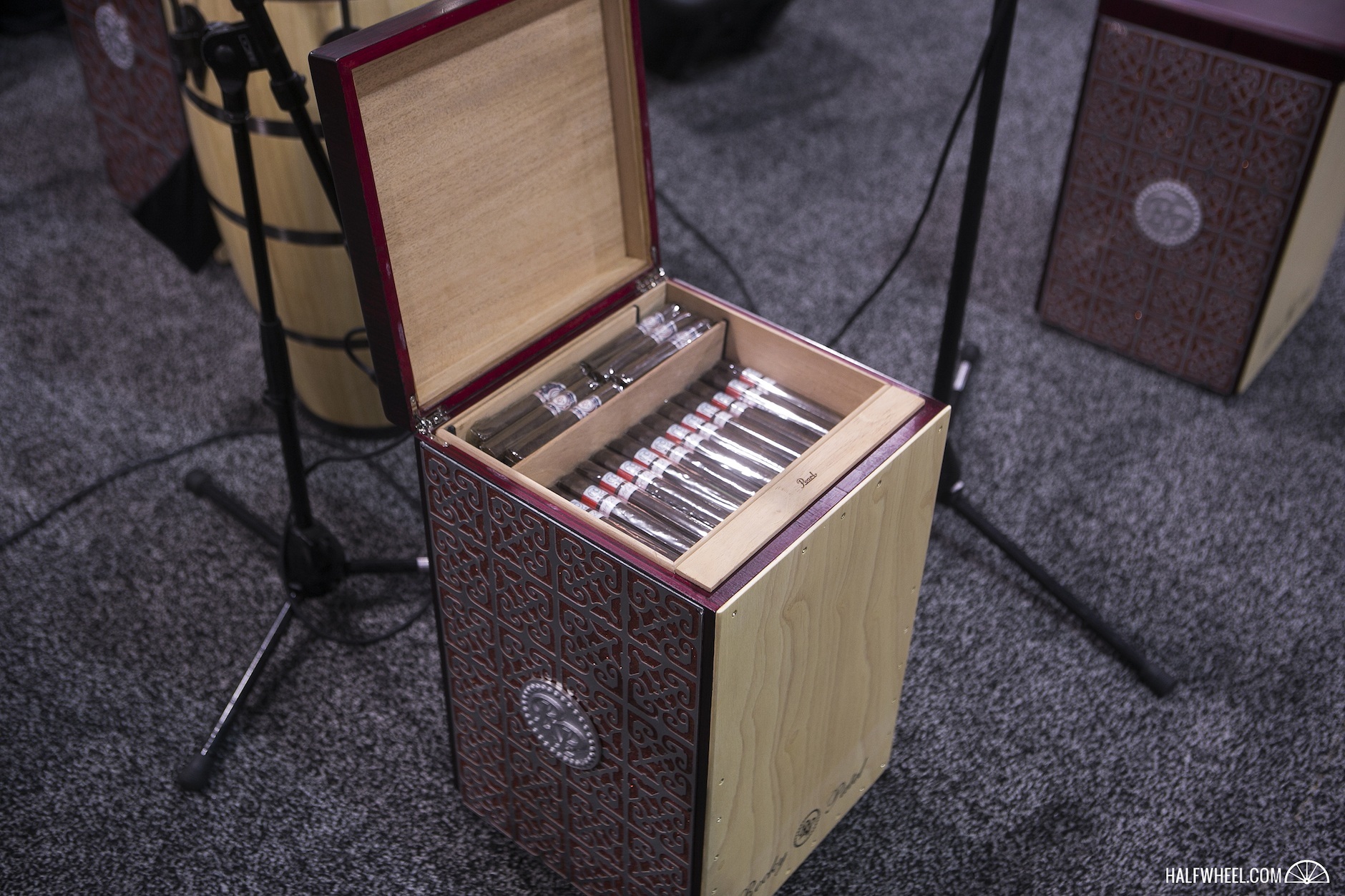 Rocky Patel Cajonador
Without question the most interesting product I saw at the trade show—a musical humidor. Rocky Patel and Pearl, the Japanese musical instrument company, have teamed up to create a cajón humidor. It combines the Peruvian percussion instrument, you sit on it and hit the front, with a 100-count humidor. Two models are coming later this year. I think this settles the cellophane debate. Pricing is $499 for the regular one, $599 for the (pictured) BURN by Rocky Patel edition, which features the metal plate. These will ship in November.

Update (July 28, 2014) — The original version of this story indicated that Catch 22 will come in 50-count boxes, only one size will. In addition, pricing and ship date was added to the Cajonador.