The Prometheus booth is one of those booths that retailers flock to on day one of the show so they can snap up the limited edition goodies that Keith K. Park has to offer. Prometheus offers a mix of Fuente-made cigars, humidors, lighters, cutters, ashtrays and more that are geared not only to the high-end cigar smoker but also to the cigar collector who values the iconic God of Fire line. In addition, Prometheus offers its own lines of cutters, humidors and cigars under the Sencillo and Angelenos names. 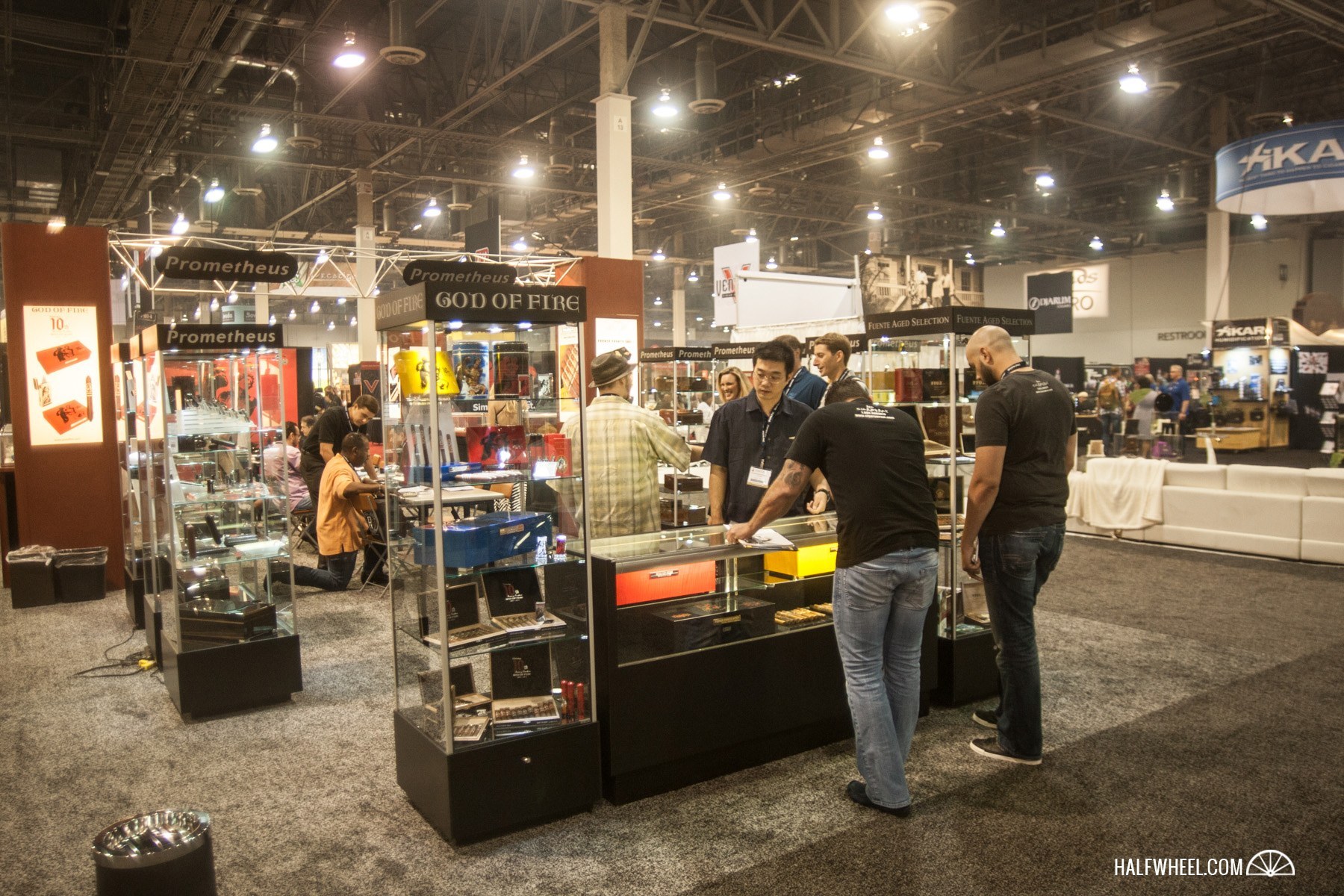 As for the new products, let’s start with the cigars. For humidor fans, there are some new looks featuring the God of Fire logo as well Prometheus branded offerings. 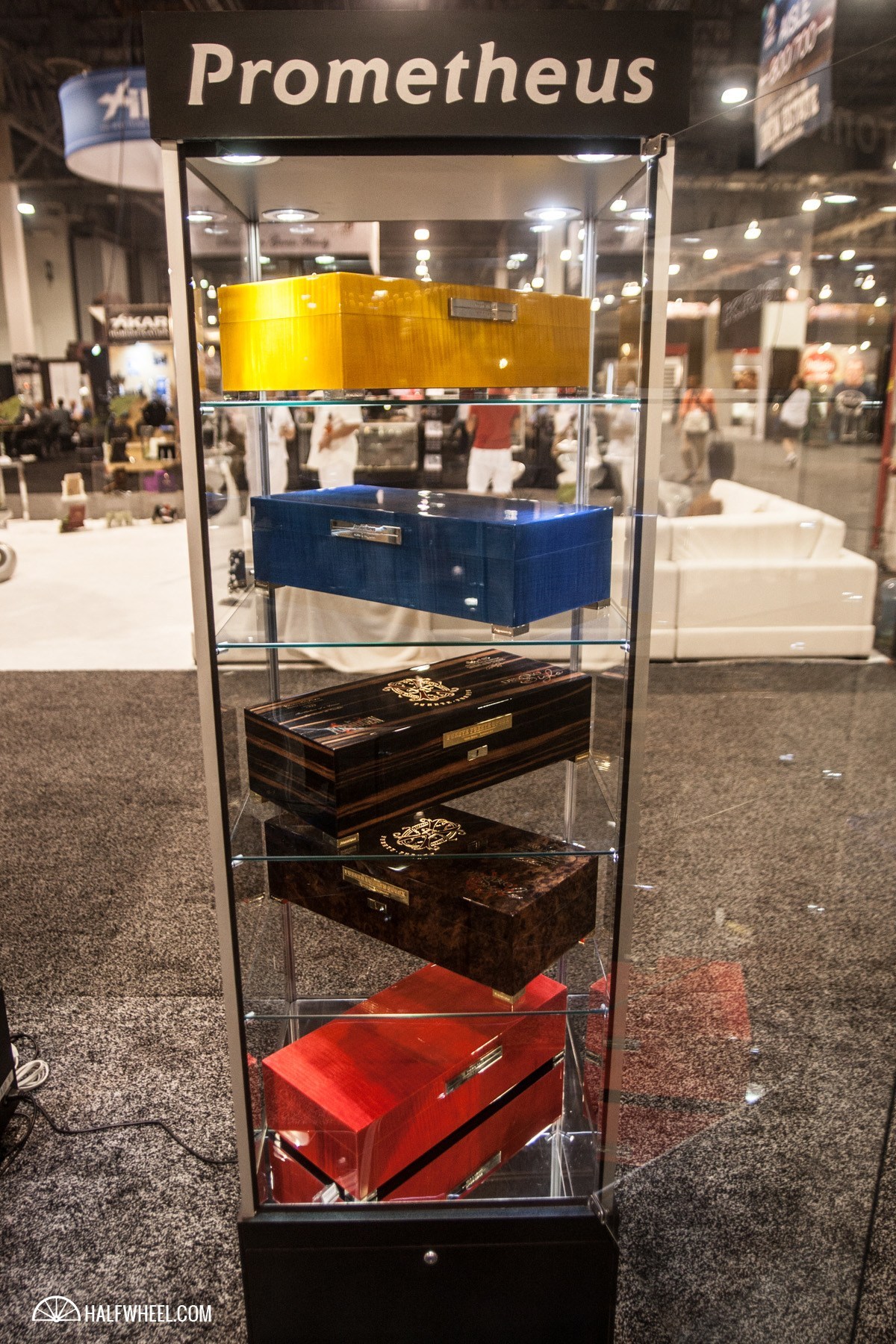 First up, the 2014 Limited Edition God of Fire 10th Anniversary humidors, a limited release of 50 humidors split evenly between blue sycamore and red sycamore finishes. The humidors are made in France and measure 20 inches wide, 9 1/4 inches deep and 5.4 inches high, with a listed storage capacity of 150 cigars. Each individual serial-numbered unit includes the French-made Prometheus Optima humidifier and digital hygrometer/thermometer, as well as a certificate of authenticity. The new God of Fire travel humidors come in three color options–red, blue and yellow–with 100 units made for each color option. Each unit comes with a protective carrying case and an MSRP of $325. 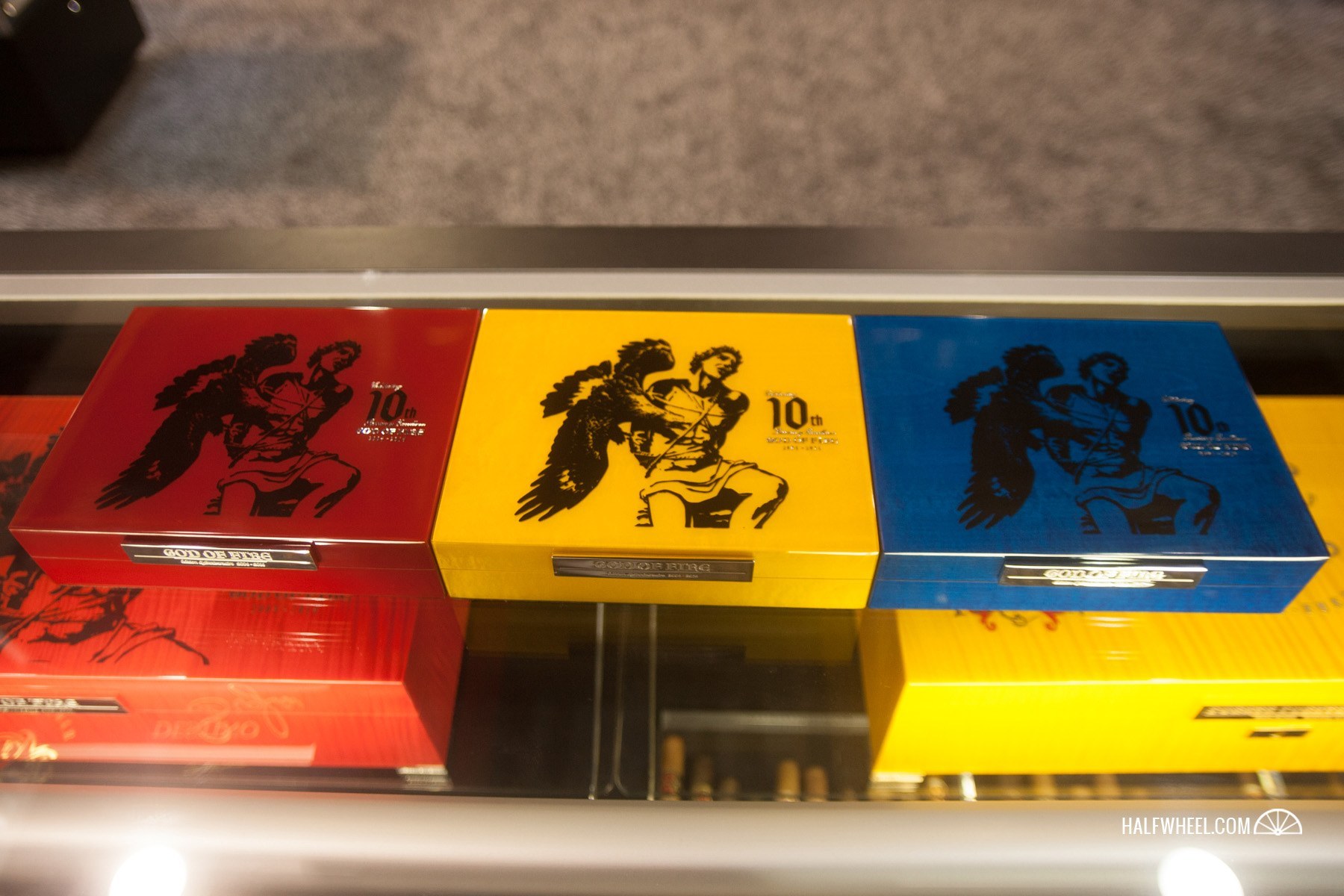 There’s a new series of God of Fire lighters and cutters as well, more information can be found here, but know that they are all limited editions, and all have MSRPs under $100. Prometheus has also launched its own new branded cutter, called Cutted D, which can handle cigars up to a 60 ring gauge. MSRP is $39.99. The Sencillo Black cigar line is adding a new size for 2014, the Sencillo Black 2013 Limited Edition, which is a 5 1/2 x 60 Pirámide 60 figuardo vitola. MSRP is $8.95 per cigar. They come ten to a box, with a Nicaraguan viso habana Jalapa wrapper, double binder of viso Habana Honduras and Viso habana Esteli, and a filler of viso Habana Condega, ligero Habana and ligero Jalapa.