There were a number of anniversaries being celebrated during the 2014 IPCPR Convention and Trade Show, one of which was the fifth anniversary of E.P. Carrillo. The company is celebrating with a limited edition anniversary cigar, though most of the focus in the booth was on a new release that honors the Perez-Carrillo family, specifically to both his parents, wife and children—all of whom have had a hand in the company’s cigar business. Arguably most of the attention in the booth was geared towards the new Perez-Carrillo La Historia, a three-vitola line that seemed to be getting favorable reviews from pretty much everyone who had smoked it. It uses a Mexican San Andrés wrapper, Ecuadorian Sumatra binder and Nicaraguan filler, which we found to deliver a great interplay of rich, plum-like sweetness with balanced amounts of pepper. The look is a departure from the majority of what is found in E.P. Carrillo’s portfolio with a vivid color palette, capped off by bright blue foot bands. It will come in three box-pressed sizes: El Senador (5 3/8 x 52), which is named after Ernesto Carrillo Sr., who was a Cuban senator; Doña Elena (6 1/8 x 50), named after Perez-Carrillo Jr.’s wife, and E-III (6 7/8 x 54), a nod to his son Ernesto Perez-Carrillo III, who worked for the company. Look for it on store shelves in August. The E.P. Carrillo 5th Anniversary features a modified primary band as well as a new secondary band commemorating the event. Ernesto Perez-Carrillo told me that this new primary band could be used for special projects in the future beyond this. The cigar will be a single vitola release, a 6 1/2 x 54 toro that will use an Ecuadorian Sumatra wrapper, Ecuadorian Corojo ’99 binder and three Nicaraguan varietals in the filler. Only 30,000 cigars are being produced, with 3,000 boxes of ten slated for an October release with an MSRP of $8.50. Sticking with news from the INCH line, you will begin seeing new foot bands on all INCH cigars in the near future to help differentiate the natural Ecuadorian Sumatra, Connecticut Broadleaf maduro and new Corojo versions. As had been promised when the Tuxedo Sampler was announced, the E.P. Carrillo Cardinal No. 60 was on display in both natural and maduro,while the E-Stunner line got its promised 6 x 60 Limousin vitola in a regular production. A new 5 x 52 vitola called Taurus was also added; all of these should be on shelves by the end of August. MSRP is $7 for the Taurus and $8.25 for the Limousin. 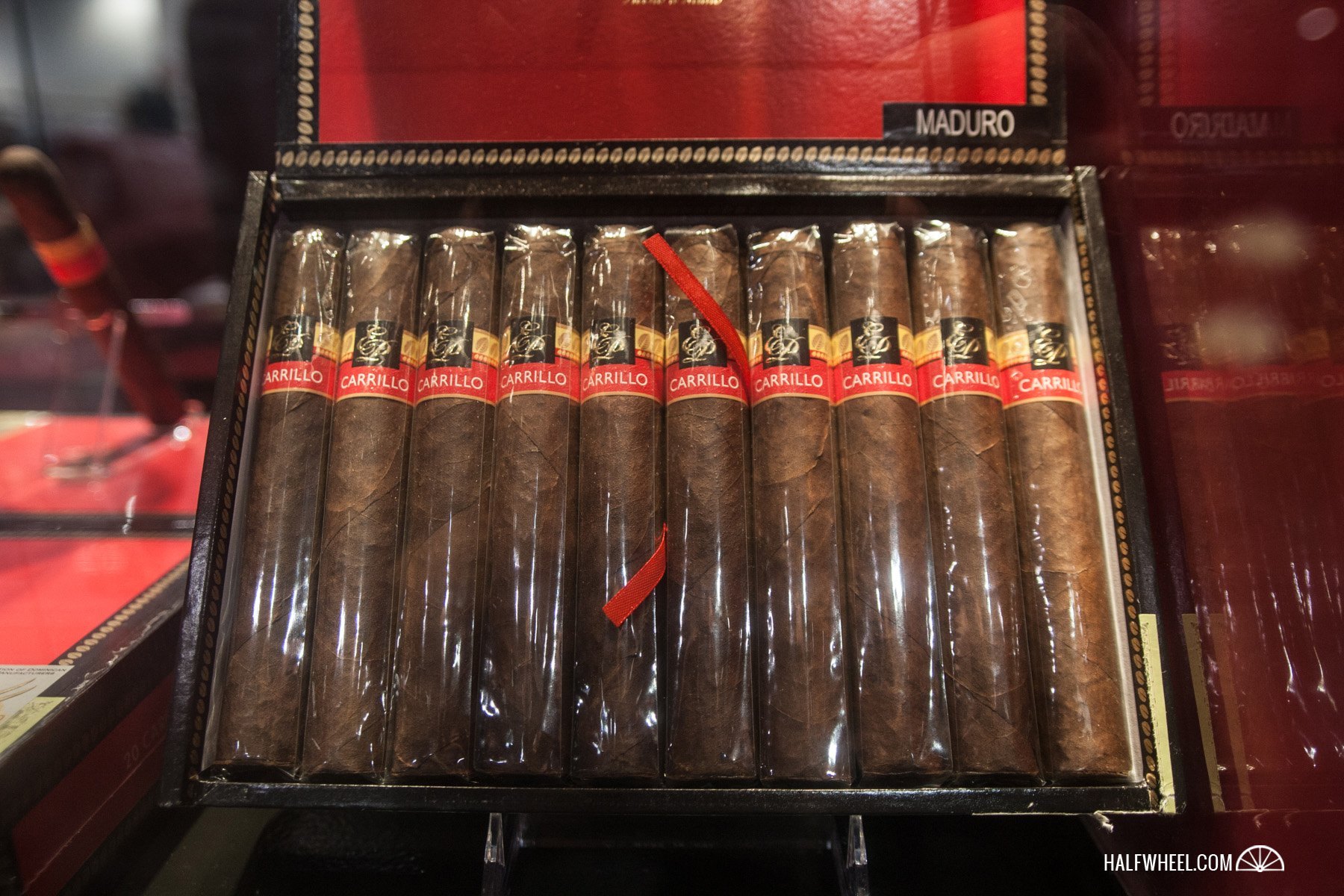