Casa Fernández now shares a booth with Illusione, although the companies retain their own respective distribution networks. As for product, there’s a new JFR, which should be a big deal given the popularity of the original release. One thing not in the booth is Viaje Collaboration, which was done with Casa Fernández at the company’s TABSA factory. It is at the Viaje booth and also in retailer shelves, as it has already shipped. 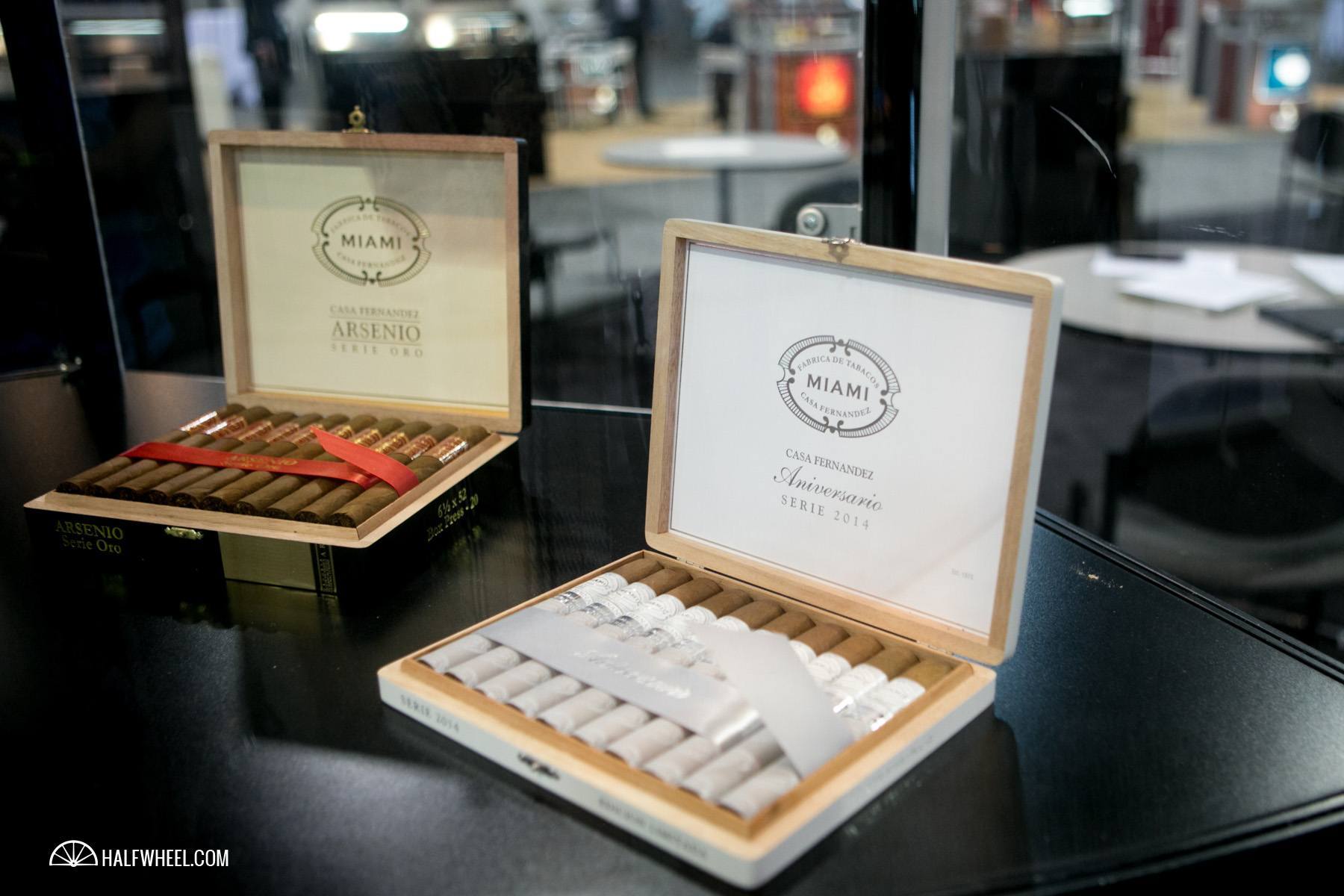 Casa Fernández Aniversario Serie 2014
The blend and size (now 6 1/4 x 52) is slightly different than last year’s release. It’s made at Casa Fernández Miami and limited to 2,000 boxes of 10 cigars. The Nicaraguan puro is priced at $12.50. This will likely be an annual series, although the company has other limited editions in the works, including one planned for November. More details, here.