If you were hoping to find a new inexpensive Ashton product at this year’s IPCPR convention and trade show, you should keep looking. The company added two new lines, including one under the Ashton name, with prices ranging from $11-$16. Symmetry, the new release under the Ashton, garnered a lot of attention even outside of the Ashton booth, which looks much the same as it has over the last few years. 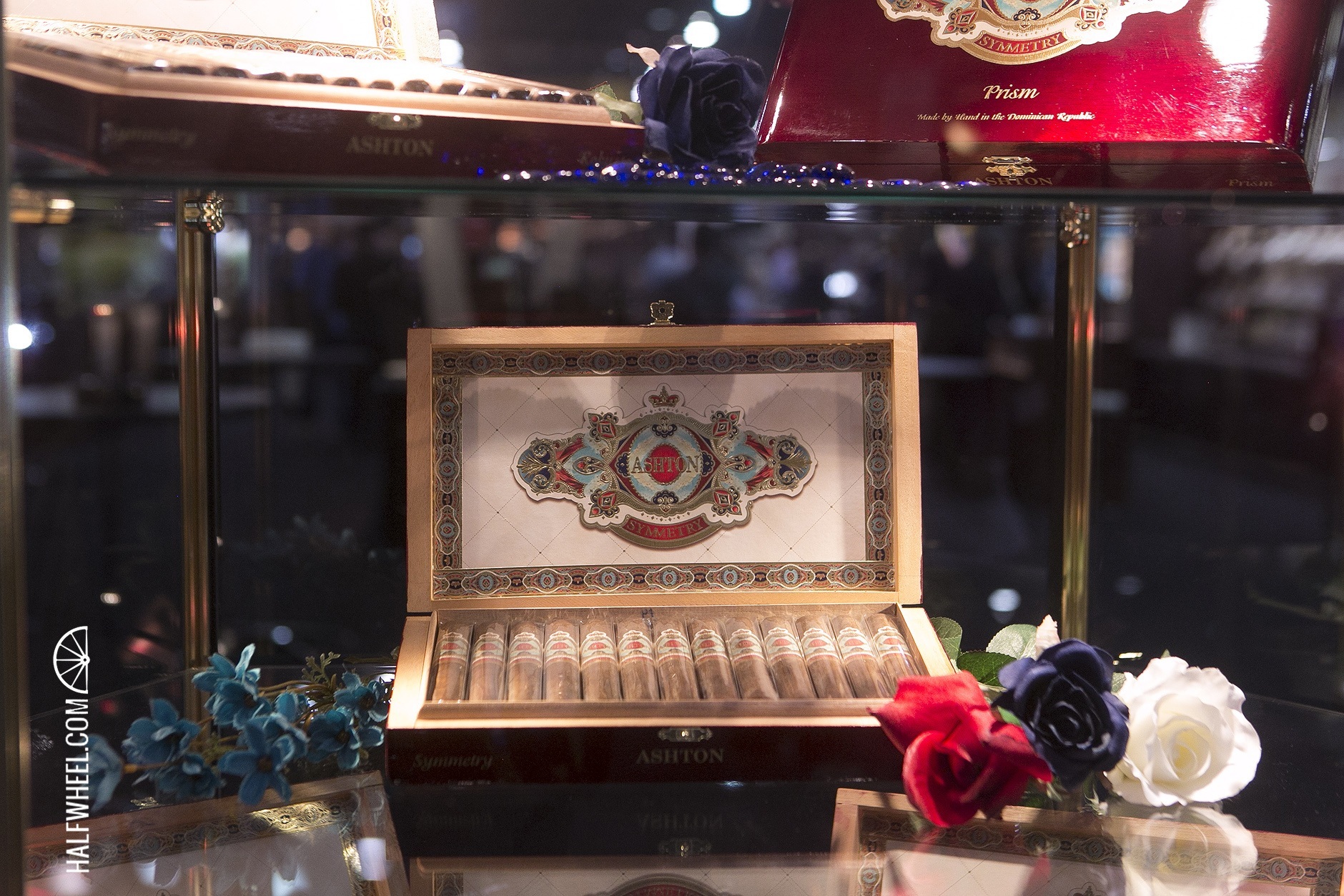 Ashton Symmetry
The big news out of Ashton is Symmetry, a release years in the making and the first entirely new cigar from the Levin and Arturo Fuente partnership in roughly eight years. The five size vitola retails from $11 to just north of $12. More details can be found here.

La Aroma de Cuba Noblesse
It’s made in the 6 1/2 x 52 toro vitola, a signature size for the My Father factory, who is producing the cigar. Pricing is set at $16 and it will be sold in boxes of 24. More details can be found here.