It’s not General Cigar Co., but when you have this many releases, the “throw stuff on the wall” moniker gets to be applicable. The reality is it was only four regular production items alongside a few limited editions, a rebranding and some accessories. And as the people at Rocky Patel will tell you, one of the names made its debut in 2006, so it’s like three and a half.

The Booth
It’s the same one the company has used the last few years. Given how quickly the booth goes up, it’s hard to see the company changing. Bold by Nish Patel
Four sizes, Broadleaf wrapper and made at TAVICUSA. The boxes look nice, the bands could use some work in my opinion. Then again, that’s not really the most important thing. This is part of the Patel Family brand. Burn by Rocky Patel
After just one year, the packaging is changing. The reason behind the move is because the previous version didn’t have the Rocky Patel branding on it. Counter Packs
New packaging looks great. We were told there are no plans for c-stores right now. Legend Series Gary Sheffield
The follow-up to the HR500. 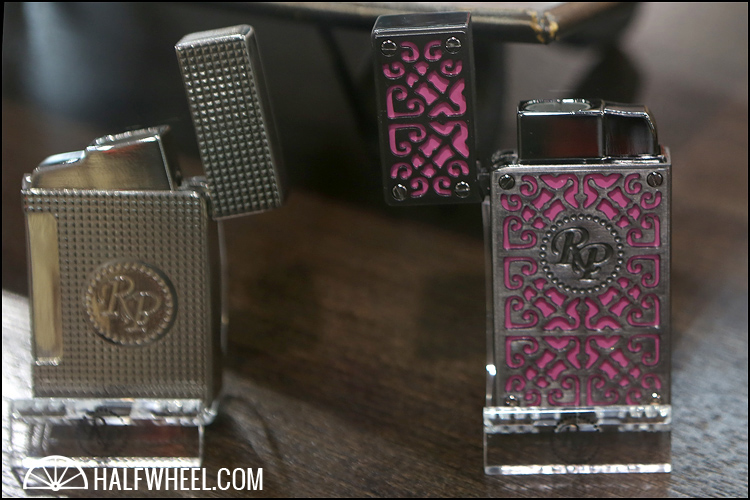 Lighters
The above two are new. One of them matches Charlie’s shirt. (It’s the right one.) Nimmy D
Another TAVICUSA release. It’s probably not a good idea when the guy behind the cigar doesn’t like the name, but worse things have happened. Details here.

Rocky Patel Edición Unica 2011
The font color will change, but the winner of the 2011 Honduran Cigar Festival is back after taking a year off last year. There was only a limited amount of tobacco to make the original run, but since then, the company has accumulated enough that met Rocky Patel’s standard for the Edición Unica release, hence this year’s run. The bands are a different color than the original release, which is helpful to delineate between the two, but they aren’t final. There will be a change in color to the font for the final release versions. Rocky Patel Platinum
This seemed like what was intended to be the star of the show. The packaging is nice, but I’m not sure it works great with this name. Details are here. Rocky Patel The Edge A
If you are going to make an A, make a Gran Corona. The packaging looks great, but the cigars aren’t even nine inches.

Update (July 24, 2013): Rocky Patel provided more clarity to a few releases, minor changes have been made above.