The My Father Cigars booth may have been the most surprising for two reasons: it was brand new and looked incredible, and for a company celebrating its 10th anniversary and coming off winning cigar of the year from a certain magazine, it was nowhere near as festive as expected. There was one headlining cigar this year: the Don Pepín Garcia 10th Anniversary. Only available in a 6 1/2 x 52 vitola, it’s limited to 2500 boxes of 14, all with individual coffins. It’s medium-full bodied with a Ecuadoran Habano wrapper and uses Pelo de Oro in the filler. Jose Ortega said it is very true to the DPG blue label with a bit more sweetness due to the Pelo de Oro. It will begin shipping in about two weeks with a single stick price of $22, the highest priced My Father Cigar release to date. Ortega expected to leave the show with all 2500 boxes sold. 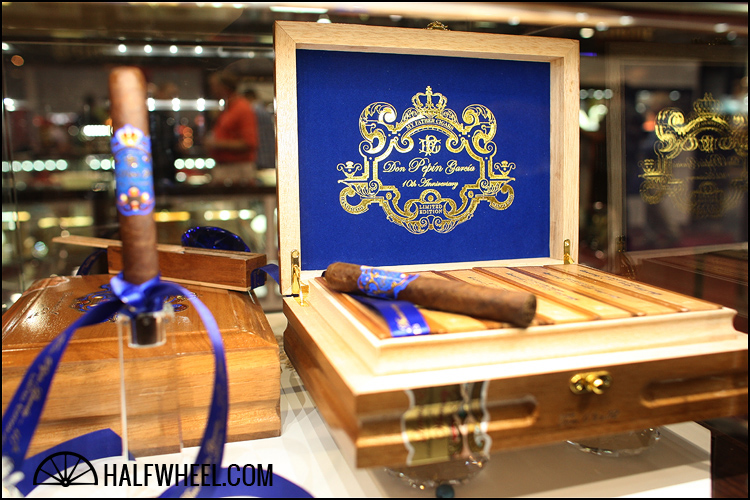 While it’s been out for some time, the El Centurion was also prominently featured, as it was the company’s latest release. No new vitolas are planned at this point, though it hasn’t been ruled out for down the road. The company’s other releases, the Jaime García and My Father limited editions are both taking a year off, but will be back next year.

Editor’s note: An earlier version of this article stated the wrapper was from Nicaragua; it is in fact from Ecuador.